Business View Magazine recently had the opportunity to explore Lexington, North Carolina. A beautiful town with undeniable charm, Lexington is centrally located as it is the midway stop-over point between metros like Washington DC and Atlanta, New York and Miami, and many other East Coast destinations.

This enviable location provides the perfect area for new residents that choose to call Lexington home. Lexington is the county seat for Davidson County and was established in 1822, and is situated in the dead center of the state in the Piedmont Triad region.

This Piedmont Triad region includes Greensboro, Winston-Salem, and High Point. The common metropolitan area is connected by four Interstates 40, 85, 73, and 74. These major metros are all within a 15 – 20 minute commute from Lexington.

Although the city is fairly small, Lexington is known for being the Barbecue Capital of the World – per capita, as well as for a public art initiative called Pigs in the City. This illustrious title and the popular festival attracts many visitors from afar.

Lexington City is bucking the national trends where occupancy of brick-and-mortar establishments have been dwindling, and local stores cannot compete with national brands.
We were pleased to see so many main street developments, which Lexington City has been developing for several years. It is clear that this ongoing development is paying dividends for Lexington residents and visitors to the region.

The main street is steeped in historical details, many of which are a few feet away from the retail hub. As you’d imagine, this has meant that the area has become a tax revenue hotspot for Lexington City’s coffers.

The rejuvenation of the main street has also meant that a vibrant mix of people of all ages can be seen walking along it. Business View Magazine felt safe walking the sidewalks around the center of town and enjoyed taking in the local spots along the way.

Other attributes we noticed were the use of outdoor spaces, tailored areas for events, and generally a pivot towards a younger audience. Appealing to a younger demographic has also meant the inclusion of WiFi spots, live music events, and green walking trails. 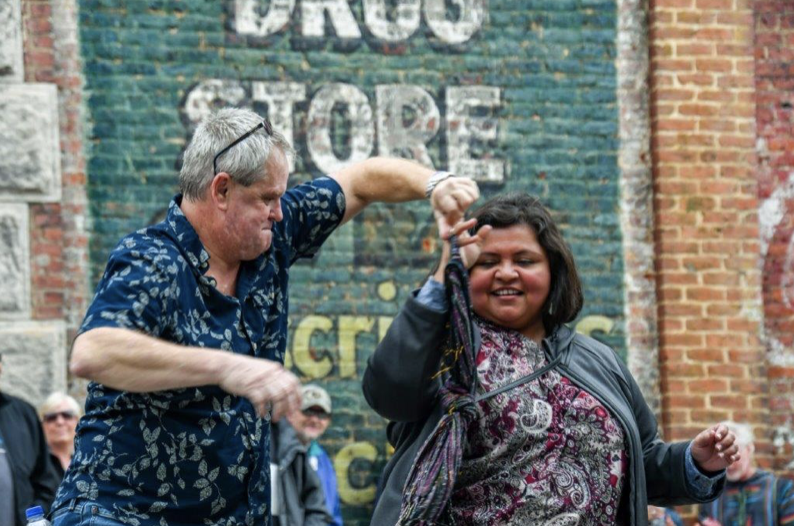 Other metros are seeing many young adults leaving, but the city has tried to appeal to the younger demographic. And from what we can see, this move has worked, and Lexington has retained its younger population.

The latest United States Census found that persons under 18 made up 23.2% of the population of Lexington City, indicating that younger residents are staying.

Economically, the city’s largest employers during the twentieth century were textiles and furniture manufacturing. While local outlets, like Edgar Wood, still produce these products, the majority of manufacturing has been outsourced to Asia and Mexico. Filling this void for work are large employers such as Halyard Health, Jeld-Wen, PPG Industries, and Vitacost.
Lexington is also centrally located within numerous metros providing for a seamless commute to work for Lexington locals.

Located in the Piedmont Triad, which is booming, industry-wise and within close proximity to the North Carolina Research Triangle, Lexington boasts an enviable location. In the last 18 months, these metros have added an additional 18,000 jobs, providing a boost to the local economy.

The city has grown from strength to strength in the last few years. Over a decade ago, it was facing considerable financial difficulties, with its industries suffering, very few attractions or its residents, and little being invested into the main street. Since then however, Lexington has seen a colossal shift to address these issues and the results clearly speak for themselves.

As most individuals in Lexington are a part of the bedroom community,Lexington City has chosen to invest heavily into the Lexington Depot district. This development is linked to the introduction of a new Amtrak Network into the city. With this new method of transportation, the city has decided to start working on building a transport hub.

This new transport hub will include trains, buses, and cycle lanes, which will help connect the city and commuters with new travel options. This new project has spurred the need for additional housing in the area, which will benefit from the alleviated traffic problems on the motorways. It’s also worth mentioning that metros in the Triad have widened their connecting motorways to ensure the proper flow of traffic between the cities.

Marketing media about this large-scale project state it will be completed by 2027,
and with this new railway infrastructure, new investors have identified Lexington as a perfect destination for new manufacturing businesses.

A company called NewCo Steel has decided to erect the greenest steel manufacturing plant in the country. And with its positioning on the East Coast, this plant could be a massive asset for the residents of Lexington.

With all these exciting, new developments in the city, it’s easy to forget the original attractions that have separated this Lexington from other small towns in the region. It’s known as the BBQ Capital of the World because there are 1,000 inhabitants for each BBQ restaurant. Higher than any other larger cities or towns. And the city hosts its annual Barbecue Festival in the Fall. 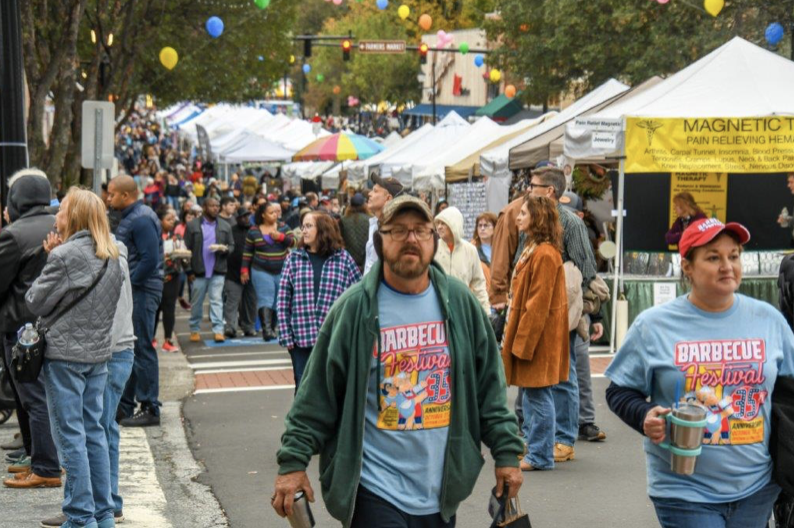 During this week, the city’s population swells to 150,000, making it the most populous metro in Davidson County for one weekend a year.

Another established asset in the area that is gaining strength is Lane’s Furniture, which employs locals to fill manufacturing roles. And for several years, this factory has created products that have been shipped all along the east coast. Now, the company plans to add an additional 400 jobs – which forms part of the increased job numbers in the Triad region.

Lexington also has an established wine route, with several wineries. It’s known as the Atkin Valley Route. This has meant that the service industry is healthy and growing. The wine industry in the city is in good shape. We noted all the out-of-state number plates in one of the parking lots, with individuals driving from Pennsylvania, Tennessee, Florida, Virginia, Georgia, and Ohio.
And in the aforementioned Depot District, there is now a new brewery for young families to enjoy.

Another well-known attraction in the city of Lexington is artist Bob Timberlake, who has a gallery in the metro area. Timberlake is best known for his work with the Regan campaign in the 80s.
Also, the city plays a background role in the TV series Living in the Fast Lane. The family show follows the NASCAR legend Richard Childress’s son. They also own a winery with the same name.

Business View Magazine was impressed with the city. While there are still loads of exciting public projects in the pipeline, what’s been achieved so far is commendable. Lexington, North Carolina, is poised to become a household name and our recommendation for our favorite Lexington.

Where: Situated in the heart of Davidson County, North Carolina

About: Traveling through the quaint and charming town of Lexington impressed the editors at Business View Magazine- a small town with a big city agenda

Samet provides full-service commercial real estate and construction services across the southeast, delivering commercial/industrial, healthcare, institutional, multi-family and P3 projects.  As a single source provider of real estate development and construction services, we build trusted partnerships to create maximum value with minimum risk throughout the life cycle of every project.