Business View Magazine interviews representatives from Kinston, NC, as part of our focus on redevelopment projects in American cities.

Although Kinston, North Carolina, the county seat of Lenoir County in the coastal plains region in the eastern part of the state has been around since its founding in 1762, most Americans have only recently become aware of its existence via the PBS reality cooking television show, A Chef’s Life, starring local restaurateur and Kinston native, Vivian Howard.

Howard’s Chef & the Farmer restaurant has helped put Kinston, North Carolina on the map and according to City Manager, Tony Sears, her establishment is part and parcel of the town’s revitalization efforts as it struggles to come back from the loss of the textile and tobacco industries that, for many years, were the economic mainstays of Kinston and Lenoir County. “Kinston suffered multiple setbacks in the ‘80s and ‘90s,” says Sears, “and that’s something that we’ve been trying to recover from for quite some time. Vivian Howard was a huge success story who started this unbelievable restaurant that people come to from all around the United States.” 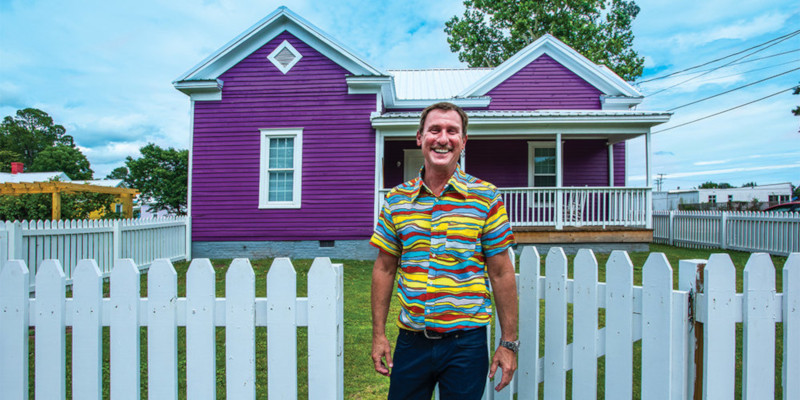 Another Kinston, North Carolina native who has made a substantial contribution to the community is Stephen Hill, who has already injected some $12 million into the city’s renewal agenda. And if Howard is Kinston’s most famous daughter, Stephen Hill is the behind-the-scenes wheeler-dealer. Hill is an entrepreneur and advocate for the arts, historic preservation, and downtown revitalization. He’s the visionary behind Mother Earth Brewing and Spirits, the Mother Earth Motor Lodge, the O’Neil Boutique Inn, Discovery Insurance, and the Red Room music venue, among other projects.

“He’s also helped the city with his initiatives, such as the City of Kinston Arts & Cultural District – a multiple block area that had real crime and dilapidation issues,” notes Sears. “The City has made public investments alongside him in neighborhood infrastructure such as a new playground, Riverwalk, and improved sidewalks and streetlights, but he’s done the lion’s share through his investments in rehabbed mill houses.” As a longtime member of the North Carolina Arts Council, Hill was part of the creation of the NC SmART Initiative, an arts-driven economic development plan for the state, and a model that he believed Kinston, North Carolina could utilize. So, he began buying homes in the area, renovating them, improving the appearance and safety of the neighborhood, and preparing to begin recruiting artists to the city.

“We’ve had a lot of interest and investment in and around the arts,” explains Kinston’s Planning Director, Adam Short. “And the Arts & Cultural District has been a really important driver. We have an overlay district that allows for live/work spaces for artists, and we’re trying to do everything we can to make it easier for folks to want to invest and take part in the momentum that we have.” 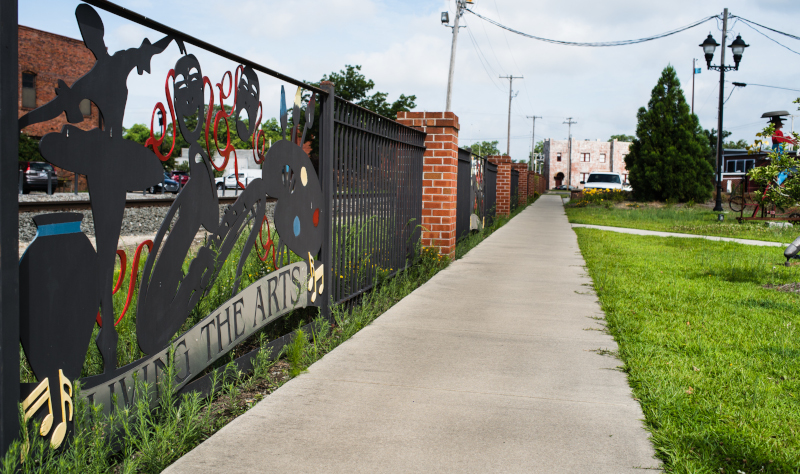 One of the ways in which the city is planning to ride that momentum is a $3.2 million streetscape renovation project it is doing on Queen Street in conjunction with the North Carolina Department of Transportation. “They’re paving all of Queen Street, and we expect by July, we’ll have a completely transformed centerpiece of our downtown,” Short reports. “This investment that we’re doing on the streetscape is really the ‘public’ in public/private partnerships. We expect that’s going to go a long way to improving Kinston, North Carolina and seeing more investment in our downtown. And we wanted to ensure that the project was going to last for a really long time, so we had the vision to go in and do all the water and sewer lines on Queen St. – some were over a hundred years old. So we solidified that project as something that is going to last well into the future. We’re not going to have to come back and do street cuts to repair sewer lines down the road.”

Sears reports that in addition to major infrastructure projects, Kinston, North Carolina has changed some of its zoning laws to encourage people to live downtown in second and third floor loft apartments over first floor commercial enterprises. In addition, the city is changing its downtown traffic patterns – downsizing a four lane road to two and converting parallel parking to diagonal parking, in order to increase parking options for downtown shoppers. “We’re trying to offer traffic calming measures to make downtown more walkable and safer,” he adds. “We’re also changing out the trees. Sometimes the older trees have a thicker canopy that makes it difficult to read the names of a business along our downtown area.”

Another part of Kinston’s revitalization is the city’s Riverwalk Project, funded by the Department of Transportation, and recently designated as a section of the North Carolina’s “Mountains to Sea Trail,” a long-distance trail for hiking,  biking, and backpacking that traverses the state from the Great Smoky Mountains to its Outer Banks. “It goes through one of the focal point parks in our downtown and connects a lot of locations: Mother Earth Brewing, the Chef & the Farmer, downtown shops, and several other locations,” says Short. “We see that as a great opportunity to build and develop in our downtown. It provides a multi-modal way for people to move across town without having to use their cars.” 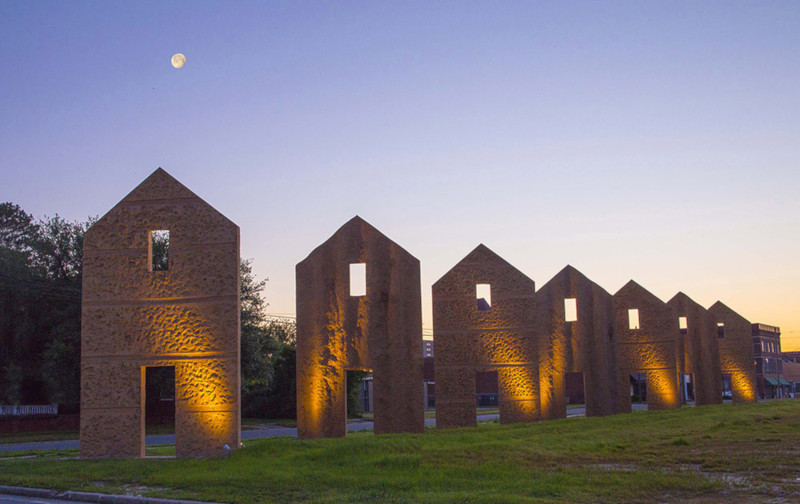 Because North Carolina prohibits municipal jurisdictions from offering tax credits to developers unless the proposed development is directly associated with providing employment, Kinston, North Carolina has had to rely on several state and federal programs that allow it to offer tax incentives only for the rehabilitation of historic buildings or the repurposing of former industrial sites. “And since Kinston is almost 257 years old, we have a lot of buildings that qualify for those historic tax credits,” says Sears. For example, Hill’s O’Neil Boutique Hotel, which was formerly the Farmers & Merchants Bank building, completed in 1924, made use of those special tax credits. “Without those tax credits, we wouldn’t have access to the toolkit for revitalization; it’s very important to us.” Short adds, “Given the fact that Kinston has an older built environment, we do have opportunities in the way of historic tax credits, and we always encourage business owners to take advantage of that. We also have some programs with the EPA, which can help put tax incentives on properties that have been cleaned up through the Brownfields Program.”

As Kinston’s leaders look toward the future, Sears relates that the city is looking to attract Millennials and other young people “who want to be part of something that’s new – not an add-on to some other metropolitan area. They want to help create, to help build, to be the foundation that a community grows on,” he states. “That’s where Kinston is; that’s who we are. And for those people, we can’t tell you how excited we are about those individuals. We’re at the beginning; we’re starting that transition and the people who are interested in Kinston, North Carolina are people who want to be a part of our success story.”

Check out this handpicked feature on Sandford, North Carolina – Leveraging its assets.

WHERE: The coastal plains region in the eastern part of the state

The concept of consignedDesigns came about because I love to refurbish old furniture and bring it back to its original glory “with a twist.” I started out small, renting booths and moving to small consignment shops but soon had enough vendors to move into the original Belk building from the 50s, a large 10,000 sq ft storefront. It has been very exciting being a part of Kinston’s downtown revitalization, selling, renting booths to local artisans and helping the community decorate their spaces. 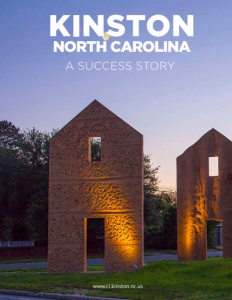