Kansas City (KCK) sits on the eastern edge of the State of Kansas at the confluence of the Missouri and Kansas rivers, on the Missouri border. Part of a greater metropolitan area of nearly two million people, the bistate region encompasses Kansas City, Missouri, and suburbs on both sides of the state line. While many cities are known for their expanding skylines, action-packed nightlife, and bustling communities, Kansas City, Kansas has all of that incorporated into a small, diverse, and family oriented community – featuring a taste of big city amenities with small town, down-home appeal.

Kansas City is the 3rd largest city in the state of Kansas and is the county seat of Wyandotte County. The city was incorporated in 1886 and was governed by a member-elected Board of Commissioners for 73 years. In August 1982, voters approved a change to a seven-member, Mayor-Council-Administrator form of government. Then, on Oct. 1, 1997, the electorate unanimously approved to consolidate the governments of the City of Kansas City, KS and Wyandotte County, KS into The Unified Government (UG) of Wyandotte County/Kansas City, KS. The UG, with a  County population of about 165,000, covers 155.7 square miles. 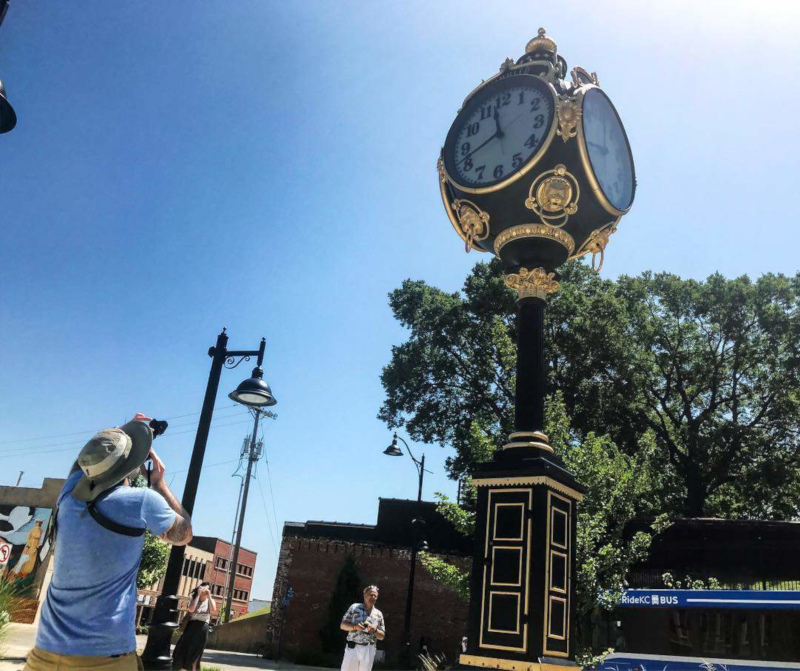 After years of economic hardships and decline, the UG was the beginning of a landmark renaissance in the community. Soon after the UG was launched, the economic opportunity of a lifetime landed in Wyandotte County. The Kansas Speedway and Village West developments are the most successful economic developments ever built in the State of Kansas, turning mostly undeveloped land into one of the most popular tourist, shopping and entertainment attractions in the Midwest.

Katherine Carttar, KCK Director of Economic Development, reports, “We have a lot going on in Kansas City, Kansas. It’s a very exciting time. Over the past 20 years, we’ve had a lot of development out west, which was a large greenfield area. That development spurred new growth in the county and additional revenue. Now we are at a point where we’re able to shift focus to downtown revitalization projects, with increased interest for expanding the density in the core. People wanting to be in a more walkable location, so we’re doing a number of things to make that come to life.” In terms of green, the city is working with the Army Corps of Engineers on a $453 million levee raise project on the Kansas River. It involves putting in miles and miles of levee trails, which will significantly extend the trail system and help with the wellbeing and health of the residents.

A great deal of development has occurred on the western side of the county, at the intersection of I-435 and I-470. Mayor David Alvey explains, “That’s where the NASCAR International Speedway Corporation decided to open up a racetrack because they were trying to reach the market in the Midwest. At that time, city council decided to take advantage of the opportunity and did a surrounding 400-acre retail and lifestyle development known as The Legends, that has continued to generate more investment. Sporting KC, major league soccer, built their stadium in The Legends and the Kansas City T-Bones baseball team built there.”

Those were huge influences toward altering people’s perception of Kansas City, Kansas, especially in the metro area, which was seen as poor, crime-ridden, and blighted. Having a brand new, state-of-the-art development has been particularly beneficial on the revenue side. Property taxes before that development were about $200,000 a year and now it’s about $2.4 million a year. The city is also generating about $12 million a year in sales tax from that development. It’s the number one tourist destination for the state of Kansas, drawing 10 to 12 million visitors every year. In addition, there are extensive industrial areas that remain very strong. The Fairfax District was the first planned industrial district in the country. It was developed by Union Pacific to make money from their real estate along the railroad and continues doing well, as do other industrial and commercial districts. 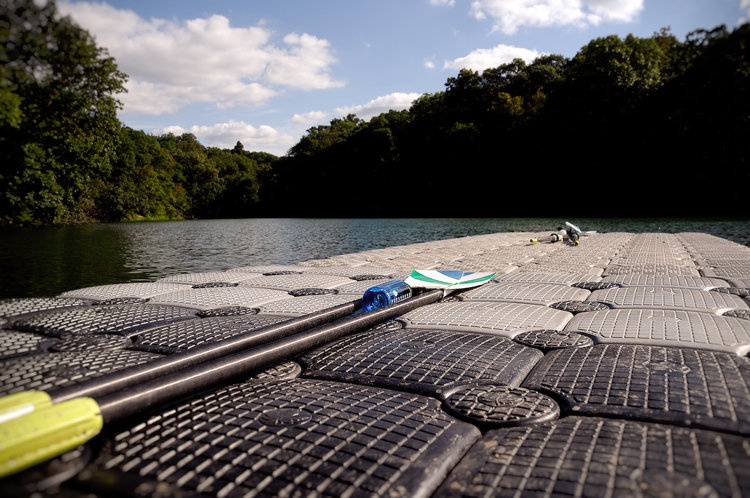 KCK has a plethora of advantages. It is in close proximity to downtown Kansas City, Missouri, with excellent accessibility from any place in the city. The core area has a genuine sense of authenticity – old, ethnic neighborhoods that still attract people to visit. “There are great opportunities to bring density to our downtown,” says Alvey. “In the older parts of our city, we have about 4000 vacated properties in our landbank and we’re trying to bring housing redevelopment to scale in that. It’s like a blank canvas; if we can build affordable housing and beautiful, quality neighborhoods we can repopulate the older parts of our city, which will further drive downtown development and help us generate the tax revenues we need to provide the services for quality of life, and create a good neighborhood experience.”

A successful downtown core requires the presence of certain businesses, such as a supermarket. And KCK took a bold and creative move to make that happen. Cartarr admits, “After many years of working to get a grocery store to come into our downtown, voluntarily, the city ended up having to own the land and build the grocery store, ourselves. We won’t be operating it but knowing it was a high priority, especially for residents in the area, we’re in the process of building a grocery store that will be open this summer. And we’re already seeing working dividends from that. There is a project with 80 market-rate apartments coming downtown along Minnesota Avenue, as well as interest in other multi-family in the area, which had been somewhat stagnant for a while.”

Mayor Alvey adds, “We’re looking to improve security downtown by changing out the lighting. And also putting in bike paths and beautification measures, such as plantings. Recently we approved an ‘agrihood’ project for the north end of downtown – those will be market rate and lower than market rate, subsidized housing. It’s the first new apartment project we’ve had downtown in decades; we’ve had townhouses, but nothing on that scale.” The “Strawberry Hill” neighborhood, adjacent to downtown, offers traditional workforce housing circa early 1900s that has become very popular for first-time homebuyers. A whole new generation is coming in and buying those houses, fixing them up, and discovering Kansas City in the process. And businesses are interested in locating in the downtown as a place where their employees would want to live and work

The city has also started a rehab program for delinquent houses in their landbank that previously would have been demolished. The program basically gives a property to a qualified rehabber with the stipulation that they have to put in a certain amount of money and complete the rehab in a certain amount of time. Since the program began two years ago, 53 houses have been rehabbed and that has increased the assessed value of those properties by over $3 million. In terms of incentives, KCK has six Opportunity Zones and active projects in at least three of those. Other areas offer Tax Increment Financing and bond programs that provide tax abatement. There is also a Small Business Grants program where a business can get up to $10,000 in matching funds for such things as hiring new employees, or marketing, or equipment purchases.

“It’s clearly the case that developers are seeing there are very strong fundamentals to our location and our basic infrastructure,” says Alvey. “At the sight of a former shopping mall, Indian Springs, we have a new project called Scavuzzo’s Inc. – a local food distributor who caters to mom and pop restaurants and small chains. They are establishing a national headquarters here because they are expanding their market reach.”

According to Carttar, “They’re building a state-of-the-art, $100 million distribution center. That, with a TIF, is providing enough increment just from that project that we are requiring them to build a couple of additional phases to hit the community goals. They have to do a certain amount of retail and restaurants and there are some other options, such as a hotel or gym. Or another commercial building that would make sense in that location, as well as their office headquarters building. It’s a situation where you have to be creative in how you use the incentives but it gives interesting ways to give the company what they want and also provide something for the community that would not otherwise have been feasible.”

KCK is a majority minority city: 42 percent Caucasian, 27 percent Hispanic, 24 percent African American and large numbers of recent resettled refugees. “That’s been the DNA of Kansas City, Kansas for 100 years,” says Alvey. “It’s a diverse immigrant community but also, we’re dogged, determined…The fundamentals are strong and we continue to attract quality developers and developments. Kansas City, Kansas is really a satellite city of Kansas City, Missouri and we have a strong industrial/commercial sector but we’re not the center of the Metropolitan Statistical Area. We don’t need to stretch that way, but we do have to provide and create beautiful quality neighborhoods that attract residents for generations. And that will sustain our community going forward.”

“We are not afraid to be creative,” Carttar states. “We have our larger priorities and goals and we find ways to hit them even if it’s out of the realm of the normal. Like building and owning our own grocery store. Going above and beyond to prove that this is a great place to invest and live and work.”

The Unified Government of Wyandotte County and Kansas City, Kansas is contributing $175,000 in a partnership with financial firm AltCap to launch the KC COVID-19 Small Business Relief Loan Fund. The funding was approved by the Board of Commissioners and will help support microloans in Wyandotte County for businesses affected by COVID-19. The contribution of $175,000 in loan loss reserve from the Unified Government will enable over $700,000 in loans for mom & pop sized businesses; providing microloans of up to $25,000 for Wyandotte County-based small businesses (20 employees or less; $750,000 or less annual revenue) in industries experiencing significant loss of business due to COVID-19.

Mayor David Alvey says, “The small businesses that are the backbone of our communities need the lifeline this fund may provide during this difficult time, and every contribution made helps more owners and their employees see a possible path forward.” The collaboration among local government, civic organizations, community leaders and businesses in Kansas City has uniquely allowed the region to respond to the unprecedented challenges the COVID-19 pandemic has caused.

The KC COVID-19 Small Business Relief Loan Fund is administered by AltCap, a local Community Development Financial Institution (CDFI). CDFIs are often at the frontlines of disaster recovery efforts helping communities weather the effects of natural disasters, recessions, and other significant economic events. Underwriting for the Fund has prioritized sectors like retail, food service, personal services, arts, and hospitality, that were deemed “nonessential” during the pandemic but are vital to the overall health of communities and the economy.

Interested small businesses should visit www.alt-cap.org for more information and to apply.

Where: Eastern edge of the State of Kansas, bordering Missouri

For over 20 years, CHWC has worked to stabilize, revitalize, and reinvest in Kansas City, Kansas.  We’ve built over 500 high-quality homes, empowered hundreds of families to achieve homeownership, and turned vacant lots into parks, gardens and art spaces, helping our neighbors build vibrant, diverse, and welcoming neighborhoods where we are proud to live.