“Building essentials for a better tomorrow”

JM Eagle Corporation is one of the world’s leading manufacturer of plastic pipe. Its 22 manufacturing plants throughout North America produce the widest array of polyvinyl chloride (PVC) and polyethylene (PE) pipe on the market. The company’s annual revenue comes from customers in a variety of industrial sectors, including utility, plumbing, irrigation, electrical, natural gas, drainage and sewage, and retail. While JM Eagle sells direct to some very large international companies, many of its products are sold through a network of distributors who then supply them to their eventual end users – states, counties, cities, and towns across the United States.
JM Eagle’s forebear was Formosa Plastics, a Taiwanese firm that, in 1982, purchased the eight plants comprising the plastic pipe operations of the New Jersey-based Johns Manville Company, to form J-M Manufacturing. In 2005, Walter Wang, the son of Wang Yung-Ching, founder of Formosa Plastics, and when alive, one of the world’s wealthiest men, acquired 100 percent of the company from his father, after having grown J-M’s sales by a multiple of five, over the years. The younger Wang expanded the company to a 14-plant enterprise in 2007, when he purchased PW Eagle, which, at the time, was the second largest plastic pipe manufacturer. Today, JM Eagle, headquartered in Los Angeles, dominates the market, and is one of a few companies in the industry that produces a full line of both PVC and PE products.

But JM Eagle is a corporation whose products not only benefit its bottom line, but according to its CEO, Walter Wang, also “play a vital role in improving and maintaining health and quality of life throughout the world.” That passionate expression of JM Eagle’s mission statement is echoed by Neal Gordon, the company’s Vice President of Marketing. “The real story on JM Eagle has to do with our reason for being,” he explains. “We have a motto for our company: ‘Building Essentials for a Better Tomorrow.’ I really love that motto because it’s a living, breathing part of who we are as a company. We have a very strong philosophy of doing what’s right for the world.” 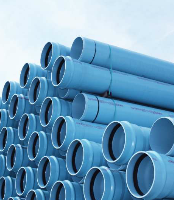 To that end, JM Eagle has sponsored many philanthropic projects in countries around the globe. Its centerpiece infrastructure project was developed in tandem with the United Nations, Columbia University, and the Earth Institute. For it, the company donated over 400 miles of plastic pipe to bring clean, potable water to more than 300,000 people in eight countries in the Sub-Saharan region of Africa. Gordon talks about the immediate and subsequent results of that one initiative: “So, in areas of extreme poverty, we’ve provided engineers and the materials to build and deliver clean, healthy water to people, who, in the past, had no future. Now, not only do they have water, which is the very basis of life, they also have medical facilities, educational facilities, and economic facilities.”

In Thailand, JM Eagle helped build an irrigation system for the people of Santisuk, and made possible a system that provides clean drinking water for Pateung’s 500 villagers. The company also donated 45,600 feet of PVC pipe to construct an 8.5 mile pipeline that brings fresh mountain spring water to the 5,000 people who live in the village of Santa Cruz, Honduras.

But Gordon sees an amalgamation of commercial and altruistic pursuits closer to home, when he explains how the expanded use of JM Eagle products can also help make America stronger. “Our nation’s infrastructure is crumbling,” he says. “Recently, the American Society of Civil Engineering took a look at the nation’s infrastructure and gave it a grade of D+. Most of it was built in the mid 1900s, and the ductile iron pipe that was used has corroded. There are water main breaks every day on Main Streets across the country, and we’re losing trillions of gallons of water annually because of corroded pipes. Ductile iron corrodes. Plastic pipe, on the other hand, is proven to last in excess of a hundred years; it does not corrode. It’s the right product for our infrastructure, today. For water infrastructure, the best material is plastic pipe. So, we are doing what’s right for the country in providing a building element that protects our most precious, natural resource.”
Two U.S. cities that recently replaced some of their corroded ductile iron pipelines with JM Eagle’s newer technologies are Tampa, Florida and Celina, Ohio. In Tampa, corrosive, aggressive soil had eaten through 960 feet of a 35-year old ductile iron pipe, and in Celina, 10 city and five commercial water projects utilized the company’s patented, Ultra Blue PVCO, a molecularly oriented polyvinyl chloride pressure pipe that is extremely tough and durable. “If you put a machine on top of it, it wouldn’t crumble,” says Gordon. “And we’re the only manufacturer for that item in the U.S.”

So, if plastic pipe is, according to Camilla Eng, Executive 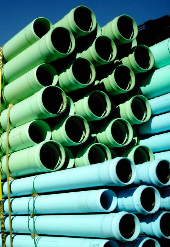 Vice President of Sales and General Counsel for JM Eagle, lighter, stronger, less expensive to ship, easier to install, and lasts infinitely longer than iron pipe, why it isn’t it being universally employed in every municipal infrastructure project that requires pipe of any kind? Gordon answers: “Infrastructure projects are designed by engineers and because of historical preferences they feel confident and comfortable using ductile iron. It’s what they’ve used. And plastic really hadn’t been around until the second half of the 1900s, so they stick with what they know.”

Gordon also laments the fact that the political arm of the ductile iron industry is very strong and its lobbyists have effectively influenced legislation over the years that gives preference to the continued use of ductile iron. He relates how the specifications for infrastructure rebuilding projects after Hurricane Sandy devastated parts of New Jersey were written by local engineers who only included ductile iron in them. Thus, plastic pipe manufacturers were frozen out of federal reconstruction funds because their products, although potentially better-suited for the projects, as well as less expensive, did not meet the specs they were intentionally written out of.

Eng adds, “As an innovative industry leader, JM Eagle has taken steps towards government engagement strategies wherein we have met with Congressional offices to present green, cost- and labor-effective alternatives to ductile iron. When Congress designates federal funds for infrastructure projects, many of these projects are administered by state and local agencies that may elect to use material specifications that are limited to one option –ductile iron. Our work in government engagement is to advance the plastic pipe industry through education of the plastic pipe alternative and its advantages — from legislators, at every level to our local engineers and contractors. Our taxpayer dollars go a longer way when our government fosters and adheres to open and fair competition when considering all alternatives for infrastructure.”

But since legislative inertia rules the day, Gordon realizes that the company needs to take the initiative. “As the market leader, it’s our responsibility to grow the market,” he acknowledges. So to help achieve that aim, JM Eagle has recently launched several public relations and educational programs. In 2014, the company created a 60 second commercial extolling the virtues of plastic pipe. It aired on cable TV 4,000 times, reaching 137 million Americans. It also initiated a digital campaign aimed at the country’s engineers and contractors, reaching close to 100,000 of them over a six month period. “So we’ve really started the conversation of making sure the engineering community in the country is totally aware of the advantages of plastic pipe,” says Gordon.

Another initiative in the effort to reach out to engineers is JM Eagle’s online Continuing Education Courses. In most states and jurisdictions, engineers and contractors need to obtain continuing education credits in order to maintain their professional licenses in good standing. So the company has partnered with a nationally accredited, online, educational site. By the end of this year, there will be four online training courses, live and available 24 hours a day, seven days a week, to the site’s users. The first course is “The Plastic Pipe Solution for Water Infrastructure Failures.” It provides an overview of the modern water infrastructure, with discussions on common pipe materials, causes and impacts of pipe failure, and the benefits of plastic pipe as a durable, low-cost solution.

Finally, JM Eagle has an unprecedented 50-year warranty on its water distribution and transmission, and force sewer main products. If its thermal plastic pipes do not maintain their performance for the next 50 years, the company will replace them. No other pipe manufacturer makes this guarantee and it’s hard to believe that this initiative won’t attract the attention of numerous cost-constrained municipalities across the land.
At all JM Eagle plants, the company practices what it preaches regarding its stated mission to help preserve precious natural resources and protect the Earth. Over the past several years it has spent approximately $150 million modernizing, upgrading, and “greening” its operations. Thanks to the company’s carefully engineered manufacturing processes, its PVC requires lower amounts of water and lower temperatures to produce than competing products. It follows stringent, audited, air quality standards, guards against ground contamination, and employs a 100 percent recycling policy for scrap. In addition, its plants store no reportable quantities of hazardous materials in manufacturing and use no chlorinated solvents.

As JM Eagle continues to promote the use of its plastic pipe products in all of its commercial, industrial, and philanthropic activities here in the U.S. and around the world, it is certain that it will likewise continue to hew to the guiding vision of its CEO, Walter Wang: “It is my vision that all countries—both emerging and established—build or replace their infrastructures to be long lasting, to protect their environments and precious resources, and to deliver clean, fresh, and safe water to their people.

WHO: JM Eagle
WHAT: The leading manufacturer of PVC and PE plastic pipe
WHERE: Headquarters in Los Angeles, California
WEBSITE: www.jmeagle.com

The Investment Casting Institute – Strength in... 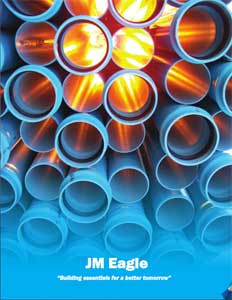