The College of the Holy Cross, or better known simply as Holy Cross, is a private Jesuit liberal arts college in Worcester, Massachusetts. Founded in 1843, Holy Cross is the oldest Catholic college in New England and one of the oldest in the United States. The school sponsors 27 varsity sports, 19 of which compete on campus. Five sports – baseball, track, tennis, football, and basketball – have been in competition for more than 100 years. All Holy Cross sports teams compete at the NCAA Division I level (FCS for football) in the Patriot League, with the exception of the men’s ice hockey team which competes in the Athlantic Hockey Conference and the women’s ice hockey team which competes in the Hockey East. Holy Cross’s athletic teams for both men and women are known as the Crusaders. Of its 27 varsity teams, there are 13 men’s and 14 women’s sports. The carrying of 26 Division I varsity programs gives Holy Cross the largest ratio of teams-per-enrollment in the country. 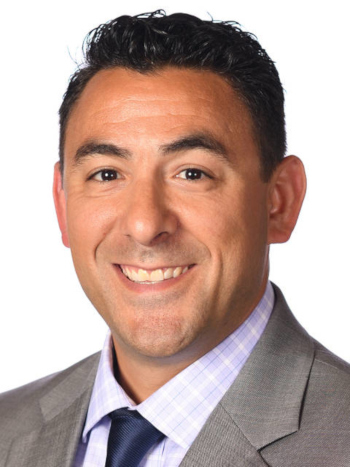 In 1975, the college built its main athletic complex and dubbed it the Hart Center, named for the Rev. Francis J. Hart, the guiding force behind intramurals at Holy Cross for more than 40 years. “Father Hart was one of the original athletic directors here and advocated for the students and the student athletes,” explains Steve Pizzi, Associate Director of Athletics/Facilities, Operations & Events. “So, that’s why most of the older facilities are still called Hart; our basketball arena is referred to as the Hart Basketball Arena; the ice hockey is Hart Ice Hockey Rink; a lot of things will have the Hart name in it.”

Most recently, another name has made its mark in the realm of Holy Cross athletics: Luth. In 2018, the Luth Athletic Complex, a $95-million project, opened on campus, named after John Luth, Class of ’74, and his wife, whose transformative gift of $32.5 million was the largest in Holy Cross History. “That project was really a game changer for us,” Pizzi declares. 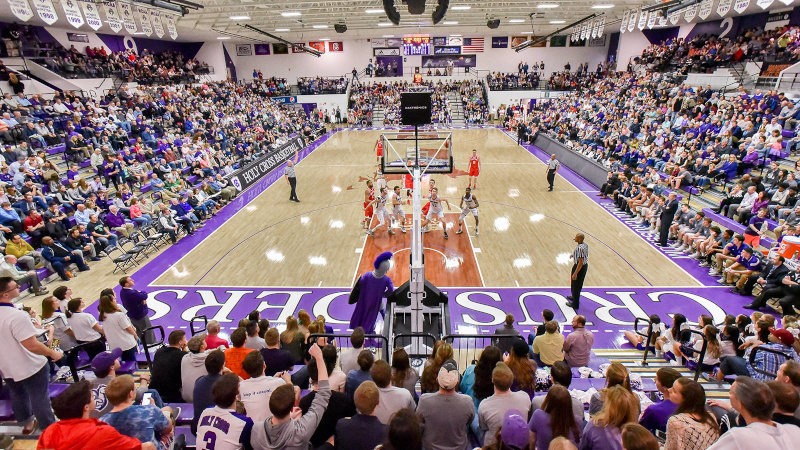 According to Pizzi, there are dozens of reasons to applaud this latest update to Holy Cross athletics. “We have 27 sports,” he notes. “We need a large sports medicine area because we have a lot of student/athletes. There’s a brand new weight room – about 11,500 square feet. That tiny little weight room we used to have is now office space. Now, we have this state-of-the-art strength and conditioning center that all our student/athletes can use. We have a nutrition area inside that space where they can ‘fuel’ themselves –the components and the protein that they need after their workouts.”

“Our outdoor facilities are in pretty good shape, right now, but with the indoor facilities, we were way behind the times in regards to locker rooms and offices, just to keep up with our peers in our conference across the county,” Pizzi adds. “So, we upgraded our equipment room; and then the old recreation center, which was part of this facility, was gutted and turned into office space. The football staff now has meeting rooms for all of their position players; they have the space to do what they need to do. Coaches are not sharing offices like they were in the past. They have their own spaces where they can meet with parents and talk to them about the school; they can meet with their staff, or their current student/athletes, or plan practices and get ready for games. In addition, there’s a large auditorium, so now we can have large meetings in there; there’s a basketball film room that the teams use at halftime.”

Another plus is the way the new complex solves many of the Athletic Department’s scheduling challenges. “The way we work on campus, we can’t have practices during the day, between the hours of nine and three,” Pizzi explains. “That’s when students are going to class, and the expectation is that they go to those classes and we don’t schedule practices during those class times. So, our support staff gets taxed all at the same time – our equipment managers, our sports medicine, our facilities staff – everybody’s getting hit at the same time. So, a big one for us is the indoor practice facility and the adjacent practice court that we added. It’s about nine or ten thousand square feet. So, now we can have basketball practice going on at the same time – one in the arena and one in the practice court, whereas before, you’d have to go: 3:30-5:30, Team 1; 5:30-7:30, Team 2; 7:30-9:30, Team 3.”

In addition, there are new indoor practice facilities that feature artificial turf – a definite advantage in Massachusetts winters. “We’re getting kids in from inclement weather and we don’t miss practices,” Pizzi remarks. “In the past, if you had a foot or snow outside, you lost a day of practice. Now we can have those teams in there, and they’re not losing that structured time with their coaches.”

The total number of Athletic Department staff at Holy Cross is just under a hundred. Pizzi, who oversees facilities, operations, and event management, has four full-time employees, and about 50 part-time employees. Some services under his purview, such as security and parking, are outsourced. While the facilities at the Luth Complex are generally reserved for students, faculty, staff, and some alumni, the school does try to rent out space, such as the skating rink, when it doesn’t interfere with campus activities. “We work with local organizations if they’re looking to rent out the space if they need it; it’s a balance of what’s available,” says Pizzi. “We’re not going to sacrifice the priority of our student/athletes and their practice schedule for an outside rental.” 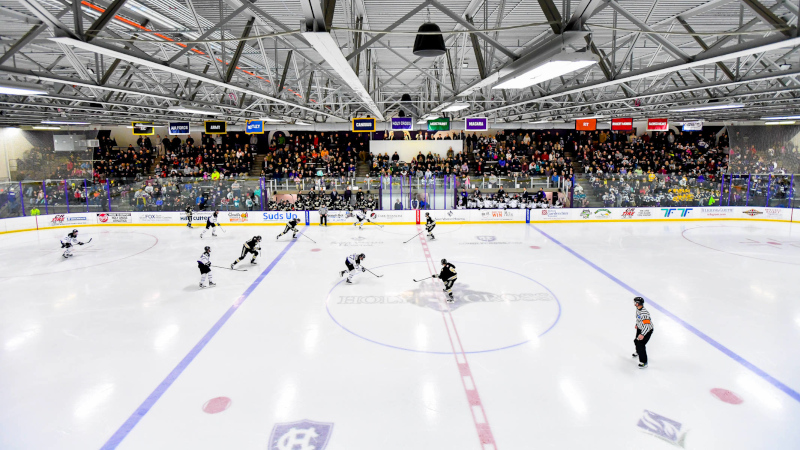 That being said, Pizzi has worked lately with team coaches to identify times when certain venues may be utilized by off-campus organizations. “When I first got here, we were under budget in regards to revenue and behind the eight ball in creating those relationships and finding those types of partners,” he recounts. “But in past years, we’ve been able to bring in some groups and not affect our student/athletes. It’s been a good process and we’re projected to exceed our budgeted revenue income if we keep on doing what we’re supposed to do. So, that’s a good thing for a department like ours, which doesn’t bring in a lot of money. While it’s not all about the revenue, it does help us balance what we spend from an operational standpoint.”

Spending is always top of mind when one is in charge of athletic facilities. “There’s always that R&R piece,” Pizzi opines. “For example, your synthetic fields are going to disintegrate over a period of time. Our field hockey field, our track and field facility, at some point are going to need to be replaced because of the lifespan of the current product that is there. Same thing with our lacrosse facility – that synthetic turf has been down, probably since 2013. So, if you look at the lifespan of synthetic turf, depending on usage and how well it’s maintained – and our grounds department does a great job – but you get between eight and ten years of lifespan with synthetic turf.”

Speaking of replacement, Pizzi notes that the very same process is taking place with the Holy Cross student body all the time. “It’s an ever-changing landscape because they’re all maturing in front of your eyes,” he observes. “And what makes my day great is that I get to work with these young people, every day. The thing that we focus on in every area is our student/athletes’ experience. The young men and women who attend this college – probably 95 percent of them are going on to be good, productive members of society, as opposed to professional basketball, or hockey, or lacrosse players. So, while we want them to come here and be really great student/athletes, we also want them to have great experience here, because that’s the essence of this college, at the end of the day.”

WHAT: A complex of college athletic fields, courts, and facilities