The Scholes International Airport at Galveston – Airport of the year

The Scholes International Airport at Galveston

Airport of the year

“It’s had quite a colorful history,” says Mike Shahan, Airport Director at the Scholes International Airport on beautiful Galveston Island in the Gulf of Mexico, some 50 miles southeast of Houston, Texas. “Before it was an airport, it was a watermelon field,” Shahan continues. “We had a barnstormer by the name of Bob Scholes out here. He was flying around the City of Galveston and using the beach to land and takeoff, and they told him it was too dangerous and he had to go somewhere else. So, he went outside of town to set up shop, here, where the Airport is now. That was back in the ‘20s.”

Galveston was first settled in the early 1800s and once briefly served as the national capital of the independent Republic of Texas before it became a U.S. state in 1845. By the end of the 19th century, before the Great Galveston Hurricane of 1900 nearly destroyed the island, the Port of Galveston had emerged as a prosperous and prominent center of trade for the region. But despite attempts to draw investment to the City after the devastating storm, Galveston never returned to its previous levels of national importance or prosperity. It did reinvent itself, however, in the “Roaring Twenties” as a popular entertainment and (somewhat illegal) gambling destination. 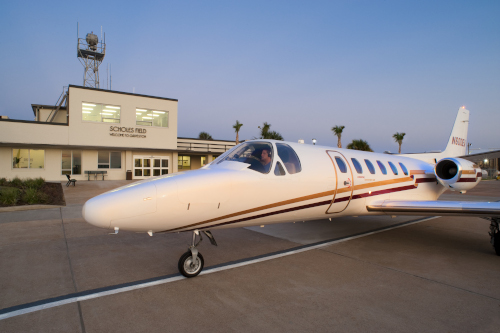 The Galveston Municipal Airport first opened in 1931, on airfield land which had been bought by the City. It was built, in part, to help foster the local economy, which was dependent on those entertainment dollars from both the Houston wealthy and the Hollywood elite. In 1938, the Airport was briefly renamed Corrigan Airport, in honor of Galveston native Douglas “Wrong Way” Corrigan, a skilled flyer and aircraft mechanic, who made both history and ignominy, when he flew an authorized transatlantic flight from New York to Ireland, and forever after claimed that he had merely made a 26-hour, “navigational error,” in heavy cloud cover.

During World War II, the Airport was re-designated a United States Army Air Corps base and named Galveston Army Air Field. The United States Army Corps of Engineers, using funds made available by Congress through the Civil Aeronautics Authority, constructed three 6,000-foot-long, hard-surface runways to accommodate army aircraft. It was officially deactivated on November 15, 1945, with ownership reverting to the City of Galveston. The existing terminal was completed in 1949 and renamed Scholes Field in honor of Airport Manager and aviation pioneer, Bob Scholes.

Today, the Scholes International Airport at Galveston, located close to the island’s central business district and many of its most popular tourist attractions, is a city-owned and maintained, general aviation airport that leases hangar and ground space to various tenants. For many years, both before and after WWII, the Airport had many different commercial passenger airlines flying in and out, including the forerunners of Braniff, Southwest, and Continental Airlines, all of which pulled out after the airline industry was deregulated in the late ‘70s.

Yet, even with no commercial traffic, the Scholes International Airport has remained self-sufficient over the ensuing years. “The City hasn’t put in any general revenue funds into the Airport for quite a long time,” notes Shahan. Today it splits its income between the GA population – a combination of vacationers, owners of second homes, and business flyers; helicopters transferring crews and supplies to offshore oil platforms in the Gulf of Mexico; and the many non-aeronautical businesses on its property. 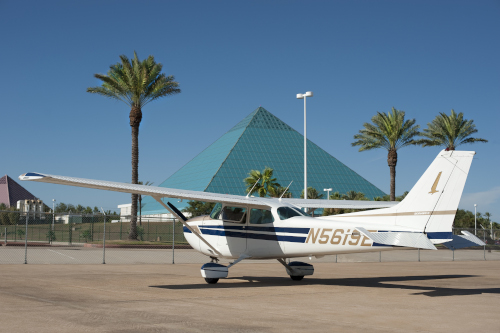 “People come to Galveston all the time on business and vacation, so we are able to pull in customers that way,” Shahan avers. “First, we are a quick alternative to the airports located in the busy Houston Class B airspace. Secondly, Galveston is an excellent place to conduct business. The Port of Galveston is situated at the entrance to the Houston Ship Channel, so Galveston is home to many large businesses because of the Port and its proximity to the Gulf of Mexico. Galveston is also home to world-class hospitals, such as the University of Texas Medical Branch (UTMB), John Sealy Hospital, and the Shriners Hospitals for Children. As such, we have daily medical flights bringing patients from all over the U.S., Canada, and Central America. Medical flights clear U.S. customs at the Airport and travel directly to the hospitals. Third, Galveston is a great place to relax and enjoy oneself or embark on a cruise with one of the several cruise ships that call Galveston’s port, home. We have more than seven million visitors each year that come to Galveston for vacation, special events, corporate retreats, and conferences.”

Currently, between 75 and 100 GA aircraft are based at Scholes International Airport, with a small waiting list that Shahan says is being addressed. “Right now, the majority of people are waiting for the larger box hangars that we’re planning on building – two 3,600-sq.-ft. hangars. We have purchased two T-hangars consisting of 14 units and have plans to build an eight-unit T-hangar. In the past, we provided the infrastructure and we leased the ground. But we’ve shifted that and we’re going to build the hangars, ourselves. And we will still lease ground space for people wanting to build hangars – that’s not a problem, at all.”

“And for a general aviation airport, we are probably one of a few airports that have as much hospitality businesses as we do, which provides us with a lot of non-aviation producing revenue,” Shahan continues. “Some of the top tourist attractions in Galveston are based here. We have Moody Gardens Hotel and Convention Center – that’s a very big complex that includes an 18-hole golf course. We have Schlitterbahn Waterpark, the Tin Cup Driving Range, and the Inn at the Waterpark. So, about 68 percent of our revenue comes from these non-aviation sources.” Non-aviation businesses affiliated with the Airport property also boost the local economy, generating 1,150 jobs and $89 million in yearly impact.

Shahan adds that the Scholes International Airport is open for more aviation business, as well. “We probably have another 10-15 acres for aviation uses,” he reports. “We’re hoping to attract a flight school, a maintenance shop, an avionics shop, and some more corporate flight departments.   We are also trying to get the airport approved so anyone needing to clear U.S. customs can do so, so it’s not just the medical flights.   And we certainly have space for hangar development. On the south side of the Airport, where the driving range is, that could also be developed for aviation purposes; that’s about another 25 acres.” Today, aviation activities already account for 361 jobs with a payroll of $15.8 million and an annual economic output of $42.9 million. 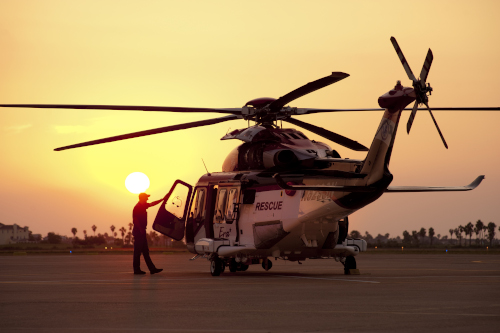 Meanwhile, general upkeep and maintenance tops the agenda. “We just completed almost four miles of perimeter fencing this past summer,” Shahan recounts. “In December, we kicked off Phase One of our big pavement improvement project. We’re rehabilitating our primary runway, all five taxiways, and the north hangar ramp. This is a $5.2 million project. Engineering and design for Phase Two of our pavement project will be completed in 2019.  Construction will start in 2020 or possibly 2021 – we’ll do our secondary runway, the south apron and south ramp. So, basically, over the next four to five years, virtually all of the 120 acres of aviation pavement on the Airport will be rehabilitated.”

“We’re also upgrading our facilities,” he continues. “We’re getting ready to remodel and redo the control tower. It was built in 2006 and hasn’t seen much maintenance since then. We’re installing a new roof, new HVAC systems, new wall joint seals, replacing all of the metal framing around the windows to stainless steel and installing new stainless steel handrails, and we’re putting in a new elevator, carpet, and paint.

“In 2019, we have an Airport Master Plan scheduled. Once we get that developed, we’ll start tackling some drainage issues that we have on the south end of the field, and we’ll try to open up some more hangar development areas. We also have a little bit of property right on the far east side of the Airport and we’re hoping to open that up as a public boat ramp and dock area. We also want to have some revenue producing kayak storage areas and maybe a pavilion that can be leased out to parties and weddings and that revenue will come back to the Airport.”

Recently, Scholes International Airport and Airport Director Mike Shahan were recognized as the 2018 General Aviation Reliever Airport of Year by the Texas Department of Transportation. This recognition came as a result of the improvements made to the Airport surface and infrastructure, the overall development and promotion of the Airport, and the vital role it played in providing support for Texas National Guard airlifts and disaster relief in the aftermath of Hurricane Harvey.

WHO: The Scholes International Airport at Galveston

Explore the world’s oceans and rainforests, play an unforgettable round of golf steps from the Gulf of Mexico, and challenge your agility on a ropes course high above a sandy beach. Consistently ranked as a top family attraction in Texas, Moody Gardens features world-class attractions that inspire wonder for nature. 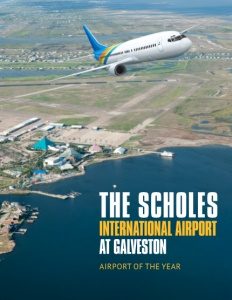