Business View Magazine interviews Carlos Laverty, Director of Aviation at the Monroe County Airport, as part of our series on regional American airports.

The Monroe County Airport is located five miles west of Bloomington, Indiana. It was first developed by the City of Bloomington in 1939, and used primarily for mail runs. In 1942, nearby Indiana University built an administration building and a hangar there for its own use, and in 1944, the Airport was rededicated as Kisters Field in honor of Gerry Kisters, a Bloomington resident who earned the Congressional Medal of Honor in World War II. In 1960, ownership of the airfield was transferred from the City of Bloomington to Monroe County, and work began on a hangar and an airline terminal building. In 1973, an air traffic control tower was built, and in 1994, the main runway, 35/17, was extended to 6,500 feet. 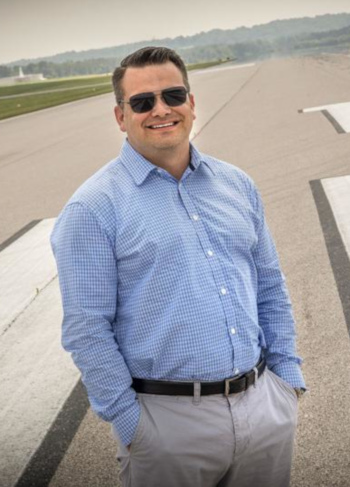 Over the years, several airlines have served the Airport, beginning in the 1950s with Turner Airlines and Lake Central Airlines. The merger between Lake Central and Allegheny Airlines in 1968 resulted in Allegheny serving the Airport. After airline deregulation, flights received federal funding under the Essential Air Service program until 1997, when these subsidies were cut due to the Airport’s proximity to Indianapolis International Airport, 50 miles to the north.

Today, the Monroe County Airport is a general aviation facility with over 100 GA home-based aircraft; the majority of its traffic coming from corporate jets owned by businesses in the Bloomington area. It also sees significant traffic from charter flights bringing sports teams to Bloomington for Big Ten events. Its largest military customer is the Kentucky Air National Guard, which runs training exercises out of the facility. The Airport is owned by the taxpayers of Monroe County, and operated by the Monroe County Board of Aviation Commissioners who oversee its operations. There are ten county employees who manage the airfield’s maintenance and two FBOs – Cook Aviation and BMG Aviation – that provide fuel and aircraft services.

Carlos Laverty, Monroe County Airport’s Director of Aviation, says that the Airport is entering a new phase, focused on developing the facility as an economic incubator for the region. “We feel that the Airport is undervalued as an asset and we are very intent on doing everything we can to maximize the development potential for the community,” he states. “We are open and progressive toward business – even one that somebody might not associate with an airport: a tech park, or a just-in-time logistics facility. We’re not afraid to entertain things that are outside of conventional wisdom. We have plenty of property outside of aeronautical use and developing that land can help serve the FAA’s goal of all airports being self-sufficient. We still receive most of our operating budget from the county, and we want to get the Airport off of the dole.”

Laverty reports that a few years ago, the Airport acquired a 55-acre parcel of property that he and the Board believe is ripe for development. “It’s an extremely attractive location on a major thoroughfare just off the property, but it still provides access to our airfield, and it kind of redirected the Airport’s development plans from a southwest area that was going to require much more work to bring in utilities,” he explains. “This new parcel is much better positioned for utilities and it has access to the major thoroughfare and the Interstate. So, we are currently going through the environmentals on that new property and are entertaining some different mixes of use for it. In the past, there’s been such a focus on the airside of things and there’s a lot of opportunity for the Airport to develop the property outside the fence. It’s big enough so that we can put in some landside and airside uses.”

In addition, there are some inside-the-fence areas that are also being reconsidered for their potential re-uses. “We’re evaluating some of the open spaces that have, historically, been left alone to see if they can be made available for landside development,” Laverty adds. “Last week, I had a talk with one of our contractors to re-evaluate approximately seven acres of land adjacent to our main terminal building that could be developed.” 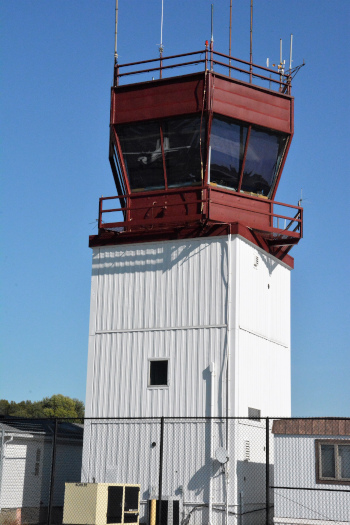 Meanwhile, the Airport is also paying attention to its airside uses; it is currently wrapping up a $1.2 million rehabilitation of the primary taxiway that parallels its main runway. “We’re very happy with our airfield,” he says. “We have a 6,500-ft. main runway and a shorter, cross-wind runway. Our winds are predominantly north and south, so we don’t have a strong need for a longer crosswind. But long-term, just for the convenience of our GA aircraft, maybe in the next ten or twenty years, we’ll lengthen our crosswind runway. Our biggest desire, though, is to develop the property that we have on the airfield to make it more accessible and available for aeronautical use. If you look at a map of our Airport, only a small portion of it is currently developed; everything west of the main runway is virtually untouched. It’s one of the unique things about where we are; once you’re west of our main runway, it’s very rural, so we don’t have great utility access there. And that is one of the things we want to focus on in the short-term.”

Laverty reveals that a new, cohesive marketing strategy for the Airport is being developed in order to implement its plans. That is why its $1.1 million budget for 2020 includes additional funding for promotion and marketing. “We’re going to bring in some people from the local community and business leaders to take a look at how the Airport can best serve the community, and how we can attract some of the local entities or even some outside of the community to the Airport,” he notes. “Bloomington is heavy with Indiana University, and we have several billion-dollar, bio-medical companies. We’re 20 minutes away from Crane Naval Base, so these are some of the parties that we would like to target for some landside development. I think that we have a tremendous opportunity to increase our offerings to the local community and to other businesses in the region, and to show them that we provide a cost and a convenience advantage over the bigger Indianapolis International Airport, nearby.”

Along with bringing more economic development opportunity for the county, Laverty also hopes to raise the community’s awareness of the facility, itself. On his radar are functions such as charitable events, aeronautical displays, question-and-answer sessions with pilots, or even a run-walk event on the runway. He also wants to promote the airport as a place where children can come and learn about aviation, potentially inspiring the next generation of pilots.

Once a small rural airfield on former farmland, today’s Monroe County Airport is a modern and progressive airport with facilities and services to meet the needs of any large organization’s flight department. It offers charter services, flight instruction, fuel sales, aircraft maintenance, and meeting facilities. And, by the way, there’s even a barber shop in the main terminal where customers can see planes come and go while they get their haircut.

WHO: The Monroe County Airport

WHAT: A general aviation facility