Ford Fields opened in 2002 and has 12 championship-caliber youth baseball/softball fields, a centralized gate, covered stands, concessions, restrooms, and 1,000 space parking lot. Tournaments are hosted most weekends during the season. Ford Pavilion opened in Spring 2003 with Kenny Chesney and Keith Urban and continues to host some of the biggest names in music. The 14,000-seat outdoor amphitheater has first-class amenities, ample parking, restrooms, food and beverage plazas and lots of space to enjoy a relaxing evening under the stars. 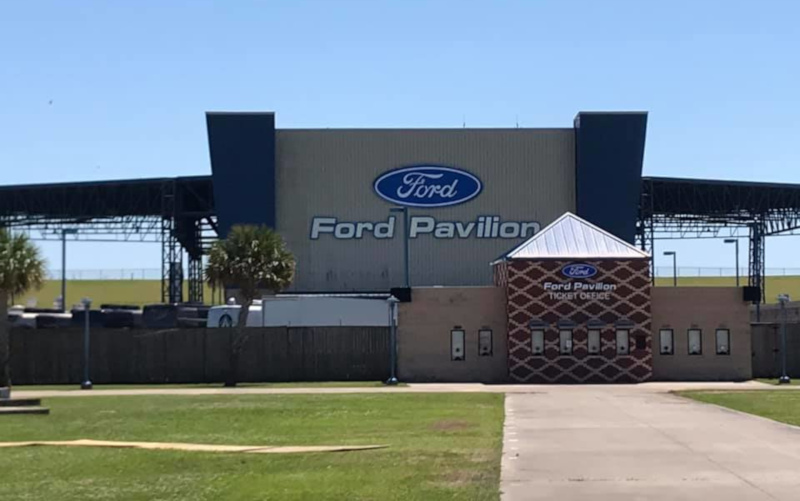 Ford Midway is home to the YMBL-sponsored South Texas State Fair, which draws an attendance of over 400,000 each year. With 9 acres of paved midway, there is plenty of room for festivals, fairs, carnivals, and rodeos. Structures in Ford Midway include a 45,000 square foot practice arena, over 25,000 square feet of covered barn space and a dedicated parking area. There is also an RV park on the site, the Gulf Coast RV Resort, as well as eight meeting rooms and a regional visitors center. There are also 3,700 local hotel rooms in close proximity to accommodate event goers.

Claudio Oliveira, Ford Park General Manager admits, “It’s a crowded field for us, in terms of the convention business. Obviously, we compete with multiple larger markets within the state of Texas, so we do try to find niche events. We’ve seen some success over the past three years on the trade show front, with everything from Home & Garden shows, to Boat/RV shows, to a Homeschool Expo, and Nutcracker Holiday Market. We try to find events for every genre in the complex. We host around 130 events annually across the five venues, collectively, here on site. That’s a mixture of concerts and family shows and all of the above.”

Ford Park competes with Houston – a top five market in the country and slightly over an hour to the west of Beaumont. And Lake Charles, specifically with the casino model, is about 45 minutes to the east. Competition-wise, it’s the leveraging of relationships with promoters, and event planners, and organizers that gives Ford Park a distinct advantage over other venues. “Not only through my years of industry experience,” says Oliveira, “but also Spectra’s network of contacts. And finding niche events that work in this market and are drawn to the complex, based on how easy we are to get in and out of right off of Hwy 10 and Interstate 10. Also, from the concert piece and the family show piece, there are multiple events that can support both markets if the play dates are spaced out enough. So, we’ve seen some success with events that have played Houston, and have come back and played Beaumont, as well.”

In 2018, Ford Park had a new, state-of-the-art, LED outdoor marquee installed at the main entrance, along with a new LED arena video board and scoreboard. Jefferson County also did a large scale transformation to LED lighting, which included the Ford complex. Other improvements include freezer and cooler upgrades, as well as a new chiller that’s tied to the HVAC system.

The Ford Park complex is owned by Jefferson County, Texas and was built at a cost of approximately $75 million. The facility operates with a staff of 22 full-time Spectra employees, and on event days (based on unique requirements for each) that may be supplemented with up to 100 part-time staff. Spectra is the private management company for Ford Park, acting as an agent for Jefferson County. According to Oliveira, “The County funds the operation; we’re in charge of presenting an operating budget for every fiscal year that is mutually agreed upon. Our job is to make that an aggressive budget, and not only reach it but exceed our mark year over year. From when we started in 2017, it’s been consistently $1.9 – 2 million per year. 2019 was $1.5 million, so we’re improving that number. We’ve done a good job, considering we hold 130 events. Events and revenues have gone up, while expenses have gone down, so we’re proud of what we’ve done in the first three years of operation.”

In the area of technology enhancements, Spectra came on board at the facility in April 2017, and since then have installed a new point-of-sale system (Bypass Mobile, based in Austin, Texas) with user-friendly tablets to operate all other food and beverage transactions, as well as parking and other transactions. They are easily portable throughout the different venues. Ford Park has also made a shift through its ticketing provider, Ticketmaster, to now have the ability to accept mobile tickets. Attendees can present a ticket for entry on their mobile phone, have it scanned right at the door, and not require a printed ticket to enter the premises. Moving forward, the complex is now investigating areas to increase Wi-fi capabilities. 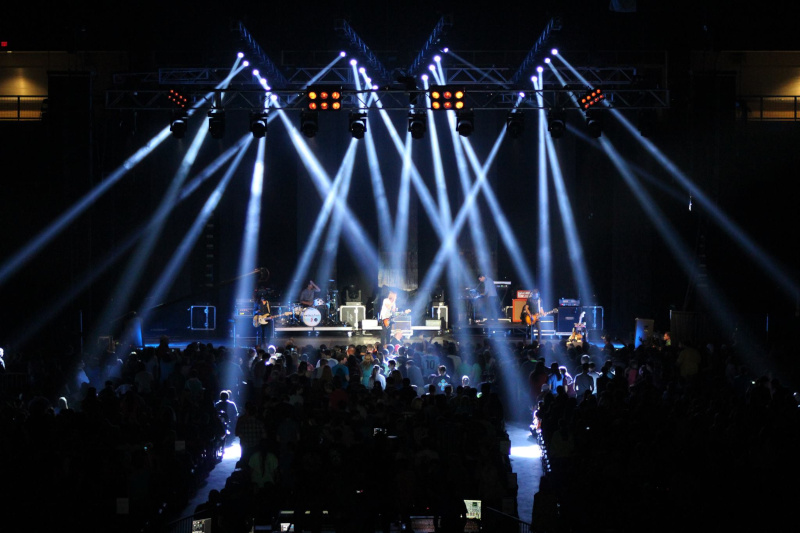 Spectra has over 400 management accounts across the country, which results in buying power for booking acts and bulk purchasing. Oliveira explains, “We have regularly scheduled booking calls and relationships with all our sister buildings and we do route shows together, based on regions of the country. We’re also able to pull multiple venues together and submit multiple offers on the same artist – making that more appealing to secure three or four dates, rather than one isolated date in a smaller market. Also, from a vendor perspective, there are preferred partners, leveraged pricing, discounted corporate rates that we’re able to secure for a multitude of products we use to operate day to day.”

Long-term plans for Ford Park focus on continuing to build upon achievements of the first three years under Spectra management. Constantly being innovative and seeking out new niche events and first-time events to the market, such as the first time ever Comicon event, held at the exhibit hall in 2019. The other side of it is continuing to be a community champion. The venue team is active with the local CVB and Chamber of Commerce and also non-profits; volunteering time at community outreach programs and distributing tickets for events at Ford Park to various charitable organizations in the area.

“That’s highlighted by our response to Hurricane Harvey,” says Oliveira, “which unfortunately battered the region three years ago. We did some key things there, most notably working with Country artist Cody Johnson on a benefit show – Concerts for the Coast – where we raised upwards of $150,000 that went directly to local families that were impacted by the storm. We also have our Arena Cares Committee, where we target at least one large charitable initiative every quarter to keep ourselves involved in the footprint of the community and giving back.”

One of the most important aspects of Ford Park is the sheer versatility of the complex. Hosting events as small as 25 people in a meeting room, up to 14,000 at the outdoor amphitheater, and everything in between. Indoor and outdoor events – there are two agricultural barns out in the midway area, as well. Ford Park is home to the South Texas State Fair – the second largest in the state, which attracts over 200,000 people annually and the ease to get to the complex right off the highway. Over 2700 parking spots, over 3500 hotel rooms in the market. Those are the key points.

A big shout-out goes to the venue’s naming rights partner – the South Texas Ford Dealers – they are the premier partners for Ford Park and great supporters. And the Beaumont Emergency Center is a sub-naming rights partner; they have a private luxury suite in the building and a branded community room used for special events onsite – press conferences, tailgate parties, etc. Oliveira also gives special credit to Spectra for implementing creative marketing and public relations initiatives to help drive awareness and ultimately ticket sales for Ford Park events. He recalls, “One of those was when we had the family show PJ Masks Live in March 2019. We worked with Jefferson County to designate the date as PJ Day in the community – it was an official designation where we asked local businesses, daycares, basically anyone to dress in their pjs to support the show coming to our facility. There is a lot of that type of fun PR that we do to set ourselves apart from other options. And people love it.”