Car dealers drive the Florida economy in a big way

Since 1920, when a small group of car dealers met in Jacksonville, Florida to talk about mutually important issues, the Florida Automobile Dealers Association (FADA) has represented the needs and objectives of the Sunshine State’s new car and truck dealerships. Today, Florida has 1,012 franchised, new car dealers, who employ over 67,000 workers with average annual earnings of $53,356. Together, Florida’s auto dealerships are responsible for total yearly sales of $51.5 billion. The industry sends $3.11 billion in sales taxes to Tallahassee every year – 18.3 percent of the state’s total sales tax revenue. 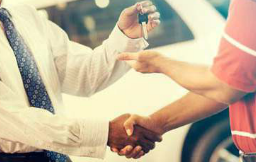 Ted Smith, the President of the FADA, talks about the most important roles the FADA plays as the only state-wide trade association representing Florida’s new car and truck dealers: “Government affairs, advocacy, working with the media, the legislature, regulatory agencies – that’s got to be our largest and most important ‘silo’ of operations for our members, because we really are in the business of steering a $50 billion retail automotive business. It’s a very large industry in Florida. Government has grown, so the priority of advocacy has grown. In Florida there are five different state regulatory agencies that govern the conduct of car dealers. It’s very important for our members that we’re here to help them with regulatory compliance.”

In addition to its advocacy role, the FADA provides information and technical assistance to its members by way of high-quality, web-accessible programming on its website. It also offers networking capabilities via electronic and regional meetings. But, according to Smith, the Association also responds daily to phone calls from its far-flung membership: “We operate like we are their home office. They will call us about regulatory or legislative questions, or a legal situation. They may need an answer to some problem they’re having in their service bays, or some problem with labor law, a need for new employees, or a piece of software. Every time the phone rings, whatever that member’s problem is, our ability to solve that problem makes us very important to their operations.”

Smith continues outlining one of FADA’s more recent functions: “And one of our newer roles is that we constantly analyze their product needs and we try to become a laboratory for new products and service innovations that might be of value to franchise car dealers. If we see one, we might look at, vet it, and make it available to our members.”

Smith explains that one of the most common issues 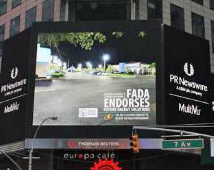 faced by dealers concerns their interactions with their franchisors –the auto manufacturers. Many people don’t realize, for example, that new car dealers have to buy their inventory from the factory; nothing is on consignment. That means that in addition to the millions of dollars spent on a dealership’s buildings and infrastructure, many more millions have to be laid out for vehicle purchases. So each day, a dealer needs to figure out how to sell those cars and service the ones it’s already sold. If a manufacturer raises prices, or arbitrarily changes some part of the dealer-factory relationship regarding, for example, warranty claims, or how payments are handled, the dealership has to respond in a way that keeps their profit margin respectable.

Smith also says that there is a growing pressure on dealers to maintain their paid-for inventory. Largely because consumers are increasingly looking for cars on the internet, rather than roaming through a well-stocked auto stores, there “might be more consumer orientation for on-demand types of purchases.” However, a lot of people still buy impulsively, according to Smith, and factories benefit greatly from selling vehicles to dealers, so for the near future, inventory will still be very important.
What other trends are taking place in the industry? Smith says, “We’re seeing a few less single-point stores.” In the past, most dealerships were small and usually family-owned. Now, there is a move towards even greater consolidation. “Our percentage of group stores is on the increase – where we see three, five, or even ten stores under one common ownership. AutoNation is a publicly owned company that has 68 stores in Florida. We have a large number of stores that are owned by private entities that own stores in other states.”

Even with car prices going up – approximately 3 percent a year – Smith says that the current market is excellent. “In the downturn, we went down to $35 billion in Florida sales. We came out of that very rough period of 2008 and ’09 when we actually lost members to the economy. Today, our guys are recovering. We’ve had steady growth in the last couple of years.”

The relationship between the nation’s new car and truck dealerships and the overall economy is powerfully interdependent. One can see by the large percentage of state sales taxes paid to Florida’s capital each year by the new car and truck industry, that when the state’s dealerships are doing well, the citizens of Florida benefit. Similarly, when the overall economy is weak, new car and truck sales decline precipitously.
That is why the FADA is such an important organization – not only for its members, but because the industry it represents drives Florida’s economy in a very big way.

WHO: The Florida Automobile Dealers Association
WHAT: represents the needs and objectives of the Sunshine State’s new car and truck dealerships
WHERE: Tallahassee, Florida
WEBSITE: www.flada.org 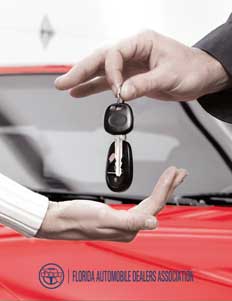