East Texas Homes – A place in the market

A place in the market

East Texas Homes LLC is a locally owned and operated home builder that builds cost-effective custom and spec homes throughout the East Texas region, including Longview, White Oak, Hallsville, Marshall, Kilgore, and elsewhere. Company President, Aaron Alston, recounts the firm’s beginnings: “We built our first home in Longview Texas in 2006, and we did so in an area of town that was underdeveloped, and did not have a lot of growth,” he begins. “We had a family friend who needed an affordable home and thought that we could help. We looked at all different kinds of options, but we couldn’t find anything available for him at a reasonable price point. So, we decided to build a home. We tore down an old, run-down house in a questionable part of town where they owned the land, and we built them a home.” 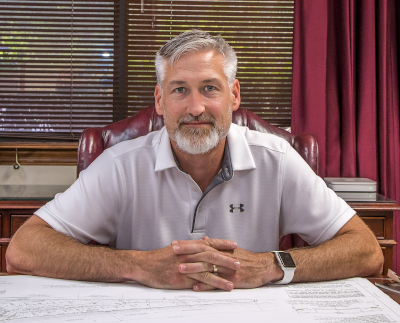 Alston admits that, heretofore, he didn’t have any direct home construction experience, but with his background in homeowner’s insurance, and because his family’s business in Longview had some indirect association with the sector, he felt it was something worth attempting. “The best alternative was to do it ourself,” he avers. “It was a huge learning curve; we made mistakes and we learned a lot along the way.”

That first home, built for a friend, began to have far-reaching reverberations: “Over the next few months, we watched the neighbors in that neighborhood react in a positive way. They started cleaning up their yards, they started painting their houses, and taking pride of ownership,” Alston continues. “And we found out by working over there, that a lot of those people in those older neighborhoods felt neglected by the city. Their roads weren’t being kept up, or they occasionally got a bad neighbor who didn’t take care of their house, and they felt kind of helpless. But when they saw some new development come in, it re-energized them. And it not only brought their property values up, it gave them a little pride of ownership back. That was inspiring to us and it sparked what we have done since then.”

So, the company began to focus on building very affordable homes in older neighborhoods. “In that market, at that time, an affordable house was probably $75,000 for a three-bedroom, one-bath, thousand-square-foot home,” Alston reports. “We were the only one building at that price point at that time, so we had no shortage of customers. We built and we built, and then the crash of 2008 happened. But what we expected to happen really didn’t – we didn’t lose business at all. What happened was we picked up customers from the next tier up – the folks that were in the $150-175K homes who could no longer afford that. Because interest rates were going up or the lending requirements were increasing, they had to step down into a more affordable home. So, that just created more demand for the product we were providing at the time. We watched a lot of other builders fade away and stop building during that 2008-11 period, when we were just ramping up.”

The City of Longview began to notice that East Texas Homes was adding property value to these older neighborhoods and began to partner with the company, helping to subsidize the permitting process by utilizing state monies and applying programs that hadn’t been put to use for some time. “We really partnered with them to identify areas of Longview that needed development,” say Alston, “and that anchored our place in the market. And since then, even though that’s probably our core identity, we’ve seen the lending market relax exponentially from where it was then, and we’ve seen the economy in Texas explode with new jobs and growth. So, the price point of an entry level home has moved up quite a bit. We’ve reacted to that and we not only build at the super entry-level, but we build in all price points, now. And the anchor that we had at that low price point has given us the basis to do that.”

Today, the company has three separate brands because, as Alston explains, the marketing process is different for homes with different price points. “First Choice Affordable is the name brand for the affordable entry-level homes that we build now,” he says. “East Texas Supreme Properties focuses on commercial and investment properties – duplexes, apartments, etc. And East Texas Homes, which is the parent company, is now for the mid to upper end.

East Texas Homes is headquartered in Longview, which is about two hours east of Dallas, and the company builds homes within a 65-mile radius of Longview. “It’s kind of a bedroom/retirement community of the Dallas metroplex,” Alston remarks. “There’s a lot of lakeside living here, bed & breakfasts, and we get a lot of retirees. Then, we also have a lot of industry here, too, so we’re seeing a lot of new families come. We have close to 90,000 people in Longview, and our sister city, Tyler, is a little bit larger than us.”

Alston adds that the company’s homes are split evenly between custom homes and specs, and he tries to schedule construction so that their two sales cycles don’t conflict. “Typically, the timing on a custom house is less sensitive in terms of when it comes to market,” he explains. “There’s a definite selling season in real estate and it’s not over the Christmas holiday season through New Years – those are the slowest parts of the season. So, if you can schedule your customs to be through those times, it can work better for your sales cycle. Typically, though, when we start a spec, at least within the last 18 months, they never finish as a spec; we have sold almost every house before it’s finished and it becomes a custom at that point.”

Regarding the competition in an active market, Alston says that East Texas Homes has several advantages. “We’ve solidified our partnerships with vendors and suppliers and we have a management structure in place that most entry-level builders don’t have,” he asserts. “So, even though we’re a small company, we have a machine at work that’s tough to compete against unless you have a lot of volume. In other words, builders who are trying one, two, three, four, five houses a year just don’t have the buying power that we have; they can’t leverage technology like we can; and they don’t have relationships with the labor force like we do. So, it’s tough to compete against us.”

Long-term, Alston says he wants to see continued growth, but that doesn’t just mean building more houses. “For me, new housing starts is not the best indicator of growth,” he states. “Market diversity, for me, is the best indicator of growth. What I mean is, we don’t just want to start and finish an arbitrary number of new homes; we’ve had years where we’ve built more homes than the previous year, but were less profitable, so that’s a very nuanced number. What we found is, the more integrated we are into every piece of the home construction process – the labor piece, the supply piece, the management piece, and the sales piece – the more control and influence we have over all of those components, the more successful we can be. So, we’ve been working hard, for example, on the sales piece. We’ve got connections with local realtors who are now bringing people to us for new construction, who would never have considered new construction – people in the semi-entry-level price points are now coming to us as if they were getting a custom home. That’s new for this market; people did not know this type of thing was available.”

East Texas Homes is also interested in expanding the opportunities for all builders in the region. Alston elucidates: “We’re piloting a builder affiliation program. What that might look like is a builder who does not have the resources that we have could come through this affiliation program and we’d be able to support them through a number of services, including mentoring, leveraging some of our buying power, co-branding with us, and benefitting from the name recognition that we’ve got here. In doing so, we would be able to ensure some of the good building practices that need to happen, in general, because right now, there’s a big push, locally, at least, to centralize the development process. A lot of cities have already done that by development code and we’re going through that process now. It’s a thousand-page document, and to navigate that, as a new builder, is going to be overwhelming. And it’s going to be difficult to be successful if you don’t understand it. So, just seeing sustained, long-term growth in the community that we are invested in here, is super important to us. We’re community-centric, we’re customer-centric, and we are committed to sustaining positive growth in homebuilding.”

In the end, Alston believes that it’s not about the number of houses that East Texas Homes builds – it’s about the legacy of positive impact the company has in the community. “When we build a development, we want to walk away and have the community say, ‘We are proud of this development; this is something we want to show people who come to our town.’ This is what we do, and what is neat is, people can say that even in a neighborhood full of $100,000 homes. It’s not a big, expensive, gated neighborhood, but it is a neighborhood of the cutest entry-level homes you’ve ever seen, one that anybody would be proud to live next to.”

“That’s really what sets us apart from other builders,” Alston says, in conclusion. “Because there’s not a lot of profit margin in that type of stuff and that’s why you see builders eventually gravitate towards the most expensive home that they can sell. Houses are a commodity – the amount of money you can make is a percentage of the total price of the house and you can’t really cheat those numbers. So, if you sell a million-dollar house, you’ll make a lot more money than a hundred-thousand-dollar house. So, you have to be willing to do the quantity and to put up with everything it takes to get to that quantity – and we are. We’re happy to do it; we love the place that we are in the market.”

WHAT: A spec and custom home builder