The long road to success

When the current management team took over four years ago, Dover Federal CU was in a dark state. They had just declared a $6.5 million loss, had been downgraded by the National Credit Union Association, and found a data breach. Their product suite was ancient, the community was angry with them, and the corporate culture was at an all-time low. 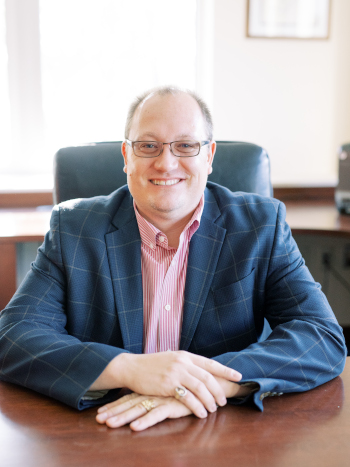 “Our culture was absolutely terrible,” says Rzewnicki. “Morale was poor and there was in-fighting within the organization. Our technology was also terrible. We had a core system that went down at 10 minutes after the hour, on the hour. Our tellers and our member experience reps knew this was going on, so they would just stop helping members five to ten minutes before that, for fear they would get halfway through the transaction and it would just kick them out. A horror story would be an understatement for what we went through.”

The only strategic plan leftover from previous management was a 40-page document that no one understood or knew how to execute. So the new team buckled down and started from scratch. Despite all the difficulties thrown at them, Dover Federal’s leadership team took this as an opportunity to revamp the company for the better, without giving up on its members. “My IT team likes to say that in all aspects of the credit union, we changed the engine in the car without pulling over,” says Travis Frey, Chief Innovation & Operations Officer for Dover Federal.

First chartered in 1958 by air force and civilian workers at the Dover Air Force Base in Dover, Delaware, the credit union’s goal was to create a member-owned financial cooperative that helped its members by promoting thrift, providing credit at competitive rates, and offering full financial services. Today, the organization is dedicated to helping members achieve their financial goals while actively supporting the community and making members a priority. They have eight branches located in Dover, Newcastle, Middletown, Smyrna, Camden and Milford, Delaware.

To better serve those members, Rzewnicki first established his vision for the organization – four strategic pillars – culture, community, financial literacy and legendary service. He helped the staff create  the “culture pledge,” which includes four more pillars – “strengthen our people, unity, fun and being legendary.” He candidly explains, “Culture, to me, is more important than anything. I always said from the beginning – I don’t want to come to a crappy place to work and I don’t expect anyone else to. My first year walking through the door, I was sick coming in and I was jumping for joy when I left. I didn’t want anybody to have to go through that. If you don’t have the foundation and good people and a good culture in place, then nothing else really matters.”

Now, the leadership team gets together with the board yearly and puts their strategic plan together. “We have done a really good job at just executing our strategies one by one,” says Rzewnicki. “Our philosophy has been ‘slow and steady wins the race.’ We want to make incremental steps forward. Walk before you run.” Their efforts have paid off. Membership is over 40,000 strong and the federally chartered credit union is considered one of the largest in all of Delaware, with more than $460 million in assets. Now, when employees wear their Dover Federal merchandise in public, they do so with pride.

“The exact opposite of the Wawa story takes place now,” says Frey. “When Chaz talks about community being one of our strategic areas of focus, we really mean community, and we proudly wear our logo wear out now. We have members and business partners come out of the woodwork and tell us stories about how we helped them and how we were there for them. Talk about a 180 degree turnaround.”

Community is so important to Dover Federal that it’s a mandatory part of employment. Every member of the team has to be involved in their community in some meaningful way. Rzewnicki shares, “Prior to COVID, everybody in the organization had community goals. They had to be involved and do different things. We try and keep that fairly open because I really don’t want to dictate to people what you do in the community. It’s imperative that we support the communities that serve us, but you also have to be involved in something that makes your heart feel good. If that’s your church, that’s good. If it’s a food bank, it’s good. It has allowed everybody to really kind of get involved in their own, unique way.”

Coming into the credit union under such duress was a blessing in disguise for the new management team. It has helped them be prepared for almost anything that comes at them – including the COVID-19 pandemic. “COVID was definitely interesting for us but, because of the past five years, we became an organization that thrives during time of crisis,” says Rzewnicki. “So we pivoted really well and within a week we had 60 percent of our workforce working from home.”

They originally went to a drive-thru only model, and eventually went to a slow and steady approach for reopening. Lobbies haven’t opened back up yet, but they are now taking appointments. Protections are up across all branches and wearing a mask is an absolute must. Rzewnicki acknowledges, “We’ve had one positive case in the credit union since the beginning of all this. That individual worked in the branch for a week with other individuals before we found out, but because of all the other stuff we had in place, nobody else got COVID. I think the executive team’s philosophy since the beginning is safety is key here. We are more worried about our team members’ safety and keeping our team safe than being the trendsetter and opening back up.”

On the technology front, Dover Federal was well prepared for the changes COVID brought. They had just converted their online banking systems in January and their bill pay systems in February. In April, they started a project to replace all ATMs to a standardized model with deposit-taking capabilities. They had also created a video library with step-by-step instructions on how to use their online systems. “As COVID got more and more rampant back in March-April and people were coming to us saying ‘How do I download that app? What do I do?’ we were able to quickly create some emails with links to the videos with step-by-step instructions to really push the members toward the self-service channel,” says Frey. 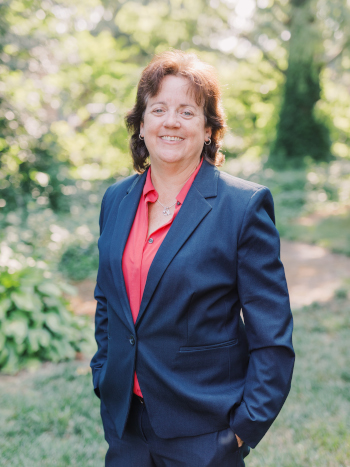 Their ability to thrive in crisis has also served them well on the fraud front. “COVID has ramped up fraud in the banking industry, but Dover Federal is taking it all in stride, ready for what comes,” says Donna Kiscaden, Chief Financial and Risk Officer for Dover Federal. “This year has been crazy. We have had to keep an eye out for old tricks and the SBA Paycheck Protection Plan (PPP) loans – there has been fraud there – so we are just keeping watch… It’s never dull.”

Dover Federal credits much of its success to its many vendors, including Mahalo Technologies who worked on their online banking system; Payrailz, their bill-pay provider; Cuna Mutual Group for insurance; Total Solutions Group and Humanidei for incredible consulting assistance,; as well as Jack Henry Symitar for core software and technology solutions. “We take a different approach to vendors,” says Rzewnicki. “We really don’t want vendors, we want partners. When we are going through our due diligence process, we are looking for partners that are going to work. We want to be a more progressive organization, we want to push the lines.”

Moving forward, Dover Federal plans to continue its steady path of success by focusing on data strategy, DEI (diversity and equity inclusion), and expanding their digital channels to become more self-serve with options like video banking. They’re also looking into the possibility of mergers and expanding their scale. “We are getting away from putting money into brick and mortar and are going to invest more in technology, digital transformation, and data to make sure that in a couple of years we are in a really, really, really good place,” Rzewnicki states. “We have done a great job in setting the foundation and now it’s time to take the next few years and capitalize on the systems that we have in place.”

WHERE: Headquartered in Dover, Delaware

SRM (Strategic Resource Management) has helped more than 1,050 financial institutions add $3.6 billion of value to their bottom line in areas such as payments, digital transformation, core processing, artificial intelligence, and operational efficiency. SRM’s decades of experience have lowered costs, enhanced revenues, increased productivity, and provided a competitive edge for clients in an environment of constant and accelerating change. Visit www.srmcorp.com for more information and follow the company @SRMCorp.