Don R. Fruchey / PWC Fabrication – The best of the best

The best of the best

Business View Magazine interviews Chuck Brewster, GM of PWC Fabrication as part of our focus on best practices in the steel fabrication sector.

Don R. Fruchey/PWC Fabrication of Ft. Wayne, Indiana is one of the area’s leading industrial custom steel and equipment fabricators. PWC Fabrication, once known as the Portable Welding Company, was acquired in 1964 by Don. R. Fruchey, who began as a steel erector doing industrial contracting, precast erection, and heavy hauling in the Ft. Wayne area. “As the erection part of his company grew, he found that custom fabrication companies were pretty scarce and unreliable,” says General Manger, Chuck Brewster. “So, he purchased PWC Fabrication to service his needs as a growing company in the industry. As the industry continued to grow, customers began to call PWC directly for other custom fabrications, so now, we not only furnish fabrications for our parent company, Don. R. Fruchey, but we have a diversified customer base, as well.” 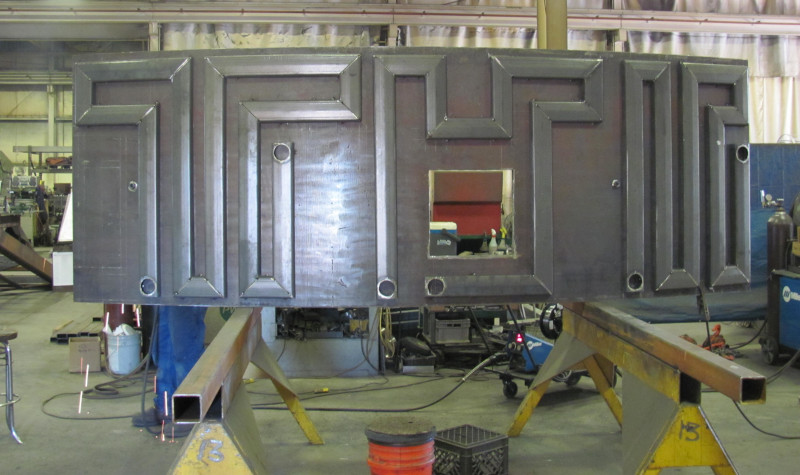 Today, the Don R. Fruchey/PWC Fabrication Company is owned and operated by the third generation of the Fruchey family. “It started out with Don,” Brewster explains. “His two sons, Robert and David Fruchey took over for Don after he retired and then. Robert and David retired a couple of years ago and Robert’s two sons, Ryan and Adam have taken over ownership of the company.” The company employs 20 team members in the shop area and another eight support team members in the office area, which was recently renovated to support its detailers, estimators, and administrators. Most of its work is done in the 150-mile radius of Ft. Wayne, but the company has fabricated projects as far as Texas and California.

Regarding the competition, Brewster maintains that the company’s defining characteristic is its reputation for superior workmanship. And then there’s also its unmatched custom fabrication equipment – a 44,000-sq.-ft. facility on six acres, with nine overhead cranes, plate rolls capable of rolling plates up to one inch thick, shears, press brakes, a plate beveller, and 40’ X 100’ paint bay. “Then we have a high-def plasma burning machine, which has a 40-foot table on it that allows us to cut some pretty good sized pieces of plate,” he adds. “And we’re getting ready to purchase a new band saw, and down the road, we’re going to start looking at adding on to the fabrication area.” In addition, the company’s detailing department utilizes the latest Autocad, Telka, Bluebeam, and Qnect software to accurately expedite detailed drawings to the shop.

Brewster adds that its vendors are a crucial part of the company’s success. “We have an excellent relationship with our vendors,” he asserts. “They are basically the right-hand of our operation. We get most of our raw material from three steel vendors right here in Ft. Wayne: Midwest Pipe & Metal, ALRO, and O’Neal Steel. With new technology and dwindling lead-times, time is of the essence. Many times we have the 911/emergency jobs hit, and we rely heavily on our vendors to expedite material to us so we can get our customer’s operation back up and running.”

Going forward, Brewster says that in addition to expanding its shop area, the company is planning on instituting some apprentice programs to help bring in younger welders and fabricators coming out of the area’s technical schools. “That’s a hard area, right now, to find good qualified people,” he avers. “So we’re trying to set up our own, in-house apprenticeship program. They get a fairly good knowledge coming out of tech school, but to really get the hands-on basis of what an actual fabrication shop is like, we feel that needs to be hit hard, within the company, itself.” 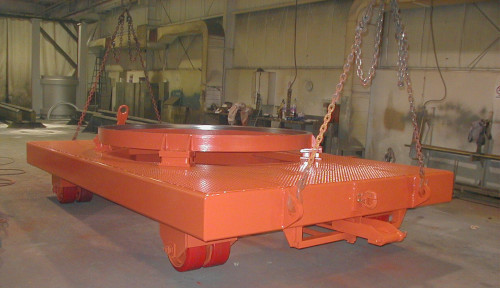 Lastly, Brewster believes that the future of Don R. Fruchey/PWC Fabrication is secure if the company continues to adhere to its corporate philosophy, which he defines as: being the leader in customer satisfaction for its products and services; meeting or exceeding customer quality and performance requirements; providing products and services at competitive prices; providing a safe working environment, including training and education for its workers; operating effectively and efficiently so that the company can remain financially healthy; providing growth opportunities for company members;  being versatile and innovative; and populating the company with ‘the best of the best.’

“To me, a company is like a well-defined machine where all parts are critical in order for it to function properly,” he concludes. “But, it only takes one part to malfunction and bring it to a screeching halt. That is why it is critical to have the ‘best of the best.’”

WHAT: An industrial custom steel and equipment fabricator