Specialists in color restoration and repair

Color Glo International is the world leader in the restoration and repair of leather, vinyl, velour, cloth, and hard plastics commonly found in the automotive, aircraft, marine, and furniture markets. Formally incorporated in 1975, by Everett Smith, the company began franchising in 1982, and today has hundreds of franchised offices in the United States, Canada, and 50 countries, worldwide. 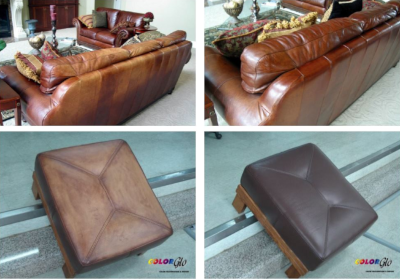 Color Glo is a third-generation, family-owned business. Gary Smith, the President of the company, is Everett’s son; Mandi Brandon, the company’s Director of Operations and Head of Marketing is Gary’s daughter; and Scott Smith, Mandi’s uncle, manages the international side of the business. Recently, Business View Magazine spoke with Scott about the company. The following is an edited transcript of that conversation:

BVM: To begin, can you tell us a little about the history of the company?

Scott: We’ve been around about 40 years: it started back in the mid ‘70s. Essentially, we started it in the automotive sector. We found that there was a big need for the renovation of various types of materials that were found within that sector, such as vinyls, and plastics, and things like that when cars were turned back in for resale.

BVM: What do you mean for resale? Are you talking about used cars?

Scott: Yes. A dealership would take a car in on trade and built into the figure they give you, is what it’s going to cost them to make that car re-sellable – the mechanics making it run nice; the exterior, making it look nice. But there was no effective way of taking care of the interior. There were little kits that could fix a rip or something like that, but nothing really was out there. But we could go in and make that interior look just as new, and smell just as new, and feel just as new, as when the car was new. And when you buy that used car, to you it’s not a used car – it’s a new car. You take that car home and show all your friends and neighbors your ‘new’ car; it’s not your ‘used’ car. So, we found a niche where we went in with a series of water-based products and we evolved into what we are, today.

BVM: What do you mean by “evolved?”

Scott: Over the years, our products have been developed organically. As manufacturers threw different things at us, we came up with products to service that sector. For instance, back in the ‘80s, leather became very prominent; cloth in the late ‘80s, and ‘90s. When new plastics are developed, we have to come up with products to service those. So, as somebody would come to us and say, ‘Hey, can you do this?’ we would find a way. And, as such, the business, itself, evolved from strictly automotive into furniture, marine, and pretty much any place you could find fabrics – leathers, vinyls, plastics, you name it. Our products completely restore, renovate, and renew any of those surfaces, bringing back the original texture, feeling, and color; making something that heretofore had been thrown away, new and useable again.

And as a result, it’s evolved into a very big industry dealing with everything from the new and used automotive market to operations that are very successful in restoring cars, boats, planes, commercial and residential furniture, and everything in between. We do furniture – couches, sofas, loveseats. We do airplanes. In fact, our products are approved by the FAA for use in aircraft. We’re doing a lot of work in collectors’ markets, where people have collectors’ cars that they want to keep pristine where fading, or damage, or sun damage has taken its toll. This gives us the ability to give them a new, pristine vehicle for a fraction of what it would cost for them to get the fabrics replaced. 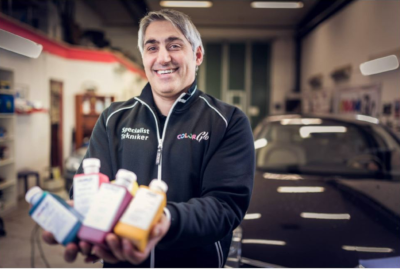 We recently embarked upon a new line that allows us to get into high end, women’s and men’s personal items, such as Hermes and Versailles purses, shoes, etc., allowing the individuals who have these items to get a longer period of use out of them or, if they want to have something they can resell for a higher value, it gives them that opportunity, as well. So, it does give us a wide margin of opportunity out there in places that we can service. There really is no limitation to our marketplace, short of our imagination.

BVM: Can you talk a bit about your company’s structure?

Scott: We’re based in Minneapolis, Minnesota, and have operations domestically from coast to coast. We have expanded our business throughout the world – we’re now in almost 50 countries. We have on-staff chemists; research and development people; our own packaging and material handling systems; an administrative and operations staff; and a support staff. We’re also an ISO 9000 company which gives us the ability to make sure the products that we manufacture and provide are, at all times, of the highest quality.

BVM: How many franchise locations do you have?

Scott: Domestically, we’ve got 125. Internationally, we have another 1,300. The largest number is in Japan – they have approximately 900.

BVM: How do you attract, vet, and train your franchisees?

Scott: Many of the people that we find come to us via different web portals and advertising sites we go onto, and a lot of word-of-mouth. A lot of our existing people refer others to us, as well. We spend time with them to find out who they are, what they’re looking for, whether we’re a good fit, and whether they’re a good fit for us. We then provide them with a very extensive training program, which takes place, typically, here in Minneapolis, or at one of our international training centers, which are overseas, where they’re trained for two weeks by individuals who actually own their own business in this company. They’re actual franchisees, so they’re well-versed in all the newest and most advanced technology that’s out there. We then continue to support these franchisees as they grow their business or want to expand their business.

BVM: Is there a typical type of franchise applicant?

BVM: How do you differentiate your company from its competitors?

Scott: A number of ways. One is the longevity of the business – we’ve been around for a long time; the fact that we’re an ISO certified company; the fact that we have products that are approved by the FAA for aircraft use; and the manufacturing of our own products. Our competitors – and there are a number of them – will typically buy one, or two, or three products, put their own label on it, and then go out and market it. We’ve never taken that direction. We started from the ground up and developed our own products from point A to point Z.
Our chemists, from the very get-go, said we’re going water-based. Back in the beginning, everybody else was going solvent. We went with water-based – a much tougher market to get into, a much harder product to make, but a much safer product. So when the EPA (Environmental Protection Agency) came in and said to the other companies, ‘You can’t be using solvents and things like that,’ we were already way ahead of the curve.
And, finally, the fact that our workmanship is admired by the others out there. We are the company that typically gets called in when other companies have been there, tried, and failed. We get called back to undo it and make it look right.

BVM: Do your franchisees get all their products from you?

Scott: Yes, they use our products. We are the manufacturer and distributor of the products and they are only available through us to our franchise people. We’re contacted a lot by other companies or other people that want to buy our products, but we only make them available to our own franchises – which is what makes us unique and different. 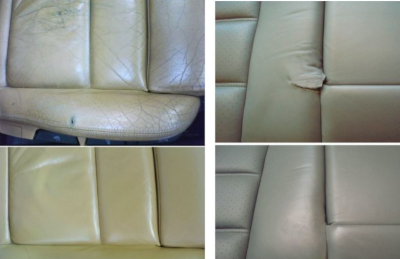 Scott: We do no national advertising, but our franchisees do local advertising. We provide all of our franchises with their own web presence, social media – Facebook, Twitter, and all the other social media platforms. We also provide all of our franchisees with the decals for their vehicle so they are decked out with the Color Glo logo. We provide a very professional website; we provide the clothing, the hats, and everything else so that you go out as a professional. The customer you’re going to knows with whom you work and what you do.

BVM: What are some of Color Glo’s plans for the future?

Scott: We will continue to add new franchises. We are looking at ways to give our franchise network the opportunity to have the ability to be multiple unit operators and add people within their own territory because their businesses are such that there’s so much work out there, they can’t conceivably keep up. So we’ve come up with ways that they can expand internally within their own market areas.

From a corporate perspective, we’re looking at adding additional personnel and bringing in whatever it takes to maintain the quality and integrity of our business. And we’re looking to grow the business to where we become a brand people recognize. We’d like to be more proactive in getting additional corporate entities to recognize us so that we become more visible in the marketplace.

BVM: Has that been an issue in the past?

Scott: You know, at the very beginning of this journey that we’re on, people didn’t want Color Glo to be known. The reason being is because when you go in to buy that used car, the last thing that you want to know is that before you bought it the interior stunk, it looked terrible, it was all ratty, and ripped, and torn. So we were always confined to ‘the back of the lot.’ We were never one to be put out front. Well, in the last ten or fifteen years, we’ve been changing that picture and we want to become more recognized and that’s been a slow journey for us. But it’s happening. We’re asked for by name, today. We get calls from warranty companies saying, ‘We heard about you guys and would like to get you on our warranty list because we know the work that you can do.’

BVM: In closing, what are some of the important points that you would like our readers to know about your Color Glo International?

Scott: What’s nice about the business is so many people – when they’re looking at something – they’re afraid of having to sell, or sitting behind the counter and being at the will of people coming into a store, or having the overhead. We have none of those concerns. Your overhead is your vehicle, your cell phone, and your business insurance. And that’s it. And you go where’s the business is at. You get in your office, which is mobile, and you go to it. If you don’t want to work that day, you just don’t work. The only money it costs you is what you don’t earn.
We like to say that we’re the right business at the right time. We have a business model here that works. We have a system and a series of products that work. We have a great group of people out there who speak very highly of each other. And our workmanship is beyond excellent; it’s the envy of the marketplace.

WHO: Color Glo International
WHAT: Specialists in color restoration and repair
WHERE: : Headquarters in Minneapolis, Minnesota
WEBSITE: www.colorglo.com 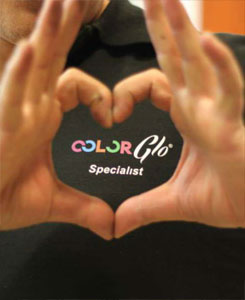