A community of improvement

The City of Farmersville, California is stepping things up a notch.

The small community of 11,300, located in the San Joaquin Valley in the state’s Tulare County, has numerous plans in place and projects on the go that are aimed at attracting new residents, visitors and businesses to the area.

Farmersville city officials are working hard to make improvements to almost every aspect of the community, right down to the sign that welcomes visitors off the highway. The city recently received a $4.3 million Clean California grant from Caltrans, California’s Department of Transportation, as a way to “create a sense of place and cultural connections” for Farmersville.
The bulk of the funds are being put towards landscaping 2.5 acres of barren land along the north and south sides of Highway 198, marking the entrance to Farmersville.

“This is something that came out of our general plan that’s approaching 20 years old,” Gomez says. “For a lot of communities that are located along highways, you’ll see monument signs, welcome to our community-type signs and that’s something that Farmersville has never had. It’s something the community has been talking about for 20 years that they wanted some kind of actual entrance into our town, and this particular grant from Caltrans is giving us that opportunity.”

The project will include LED lighting for the city’s sign and motto, as well as plenty of low-watering, low-maintenance, drought-tolerant plants that will mimic the look of crops – something this agricultural community is known for.

The grant will also allow for funding to improve the city’s downtown core, including benches, banners, landscaping, signage and more.

“We are still looking at what improvements can be made to the downtown area,” Gomez explains. “We want to put more historic-style poles for your stop signs and street signage and just give it a more traditional downtown look. We are trying to make some of those changes in this coming year.”

Downtown improvements may not stop there. The city is in the analysis phase of putting their downtown on what they call a ‘road diet.’ Farmersville’s current downtown area along Farmersville Boulevard is currently bisected by a four-lane road that isn’t ideal for attracting shoppers. 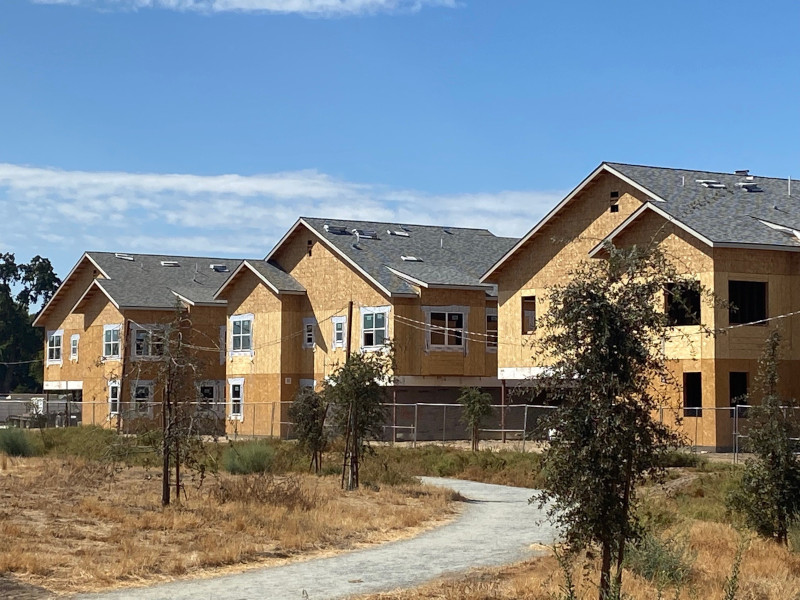 “Because it’s four lanes, it is difficult for people to get across it, and it doesn’t invite people to slow down and see the stores like you would in a typical downtown where there’s smaller streets and larger sidewalks that are shaded and very inviting for pedestrians,” Gomez says.

The proposed plan would shrink the road down to two lanes of traffic, leaving room for bike lanes, wider sidewalks and places for outdoor dining.

Improvements to the city don’t end there. Enhancements are underway to the city’s existing parks, and new parks are being built to add to the mix.

“In the past few years we have done a lot of outreach to the community to find out what they want. So we have taken that and run with it,” Gomez explains. “We have people that want lit walking trails so we’re making sure to add solar lights along the trail so people can walk in the evenings if they want. Then you have your active families that just want to have a place to sit that’s shaded to eat with their family. So we are replacing a lot of old picnic tables with newer ones that are clean.”

A new amphitheater is currently under construction across from Farmersville High School that will act as a place for teachers to use as an outdoor classroom, and will also be open for public and private events.

“It has a small stage so if they want to have a mariachi band, a place to play for a birthday party or anything, people can use it as they want,” Gomez says. “We’re also going to have community-wide events and host different shows or performances and things like that. It’s just a great opportunity for public or private use, for people to come together and use it.”

Farmersville’s approach to improving itself extends to its road infrastructure, as well. The city is in year one of a six-year plan for street improvements that include fixing and repaving both commercial and residential roads.

“Unfortunately, street projects are never ending, but Farmersville has gone many, many years without improvements to some of these areas, especially some of the older areas of town,” Gomez remarks. “We’re going to be able to actually start addressing these over the next several years.”

The road leading into Farmersville from Highway 198 was formerly a two-lane road with dirt shoulders, but with help from the Tulare County Association of Governments, they have been able to expand it to a four-lane road complete with sidewalks, curbs, gutters and ADA ramps on corners at intersections. The area features landscaped medians dividing the street and will soon include streetlights to make it safer for pedestrians.

“This was an area that definitely wasn’t safe for people to walk on and we probably wouldn’t have encouraged people to walk in that area, but it’s definitely a great asset now,” Gomez says. “And by making those improvements it should definitely draw more interest by developers because those are now improvements they don’t need to include.” 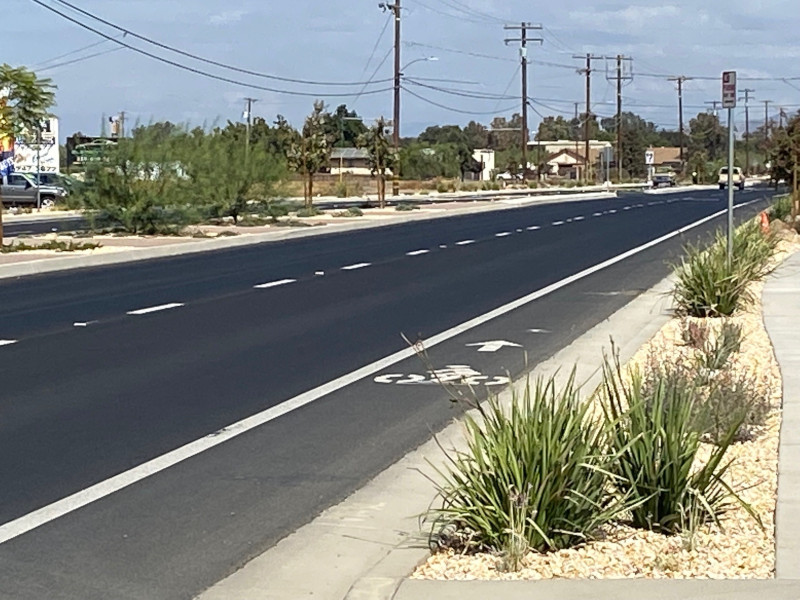 The road improvements have already attracted the attention of one developer who has submitted plans for a small shopping center, and there’s also plans underway for a fast food-gas station combo and a grocery store.

Gomez hopes the new construction will encourage even more development, perhaps even enticing a hotel to set up shop in the city.

“It’s a great location,” she says. “There are millions of tourists that take Highway 198 each year to go up to the Sequoia National Park, so it would be a convenient location for tourists to stop at, especially since we are the last exit on the freeway portion of the state highway on the way to the park.”

“Along with a hotel, it would be great to get a nice family-style restaurant there. But we also just need more businesses for our residents so that they’re not having to drive to neighboring cities for some of their shopping. I’m really hoping some national retailers will be considering Farmersville if they’re looking to expand their markets.”

The city is also looking to attract more residential developers. They have a mix of housing stock at the moment, but inventory is low for family residential and multifamily housing.

“We are really needing more of everything,” Gomez says. “We have room for growth, we just need developers to come here and construct it. We are definitely needing development for your middle income, single family homes to your low income housing or multi-family housing. And we could always use more development that could benefit seniors.”

The city has a project in the works with Self-Help Enterprises, a nationally-recognized community development organization that helps build homes for low income families. The organization is in the process of building 108 low income housing units in town that will be completed in the next year.

“They also partner with us to manage any of our government assisted home programs – people who are looking for home loans or needing loans for rehabbing their houses. They manage those grants and those loans for us. They are a huge partner of ours and they really focus on the low income residents of our community,” Gomez adds.

With so many projects and improvements on the horizon, Farmersville is setting itself up for a bright future. But even without all the new bells and whistles, Farmersville has always been a great place to call home, Gomez says.

“It’s a great place for people looking for an economical place to live, and being a small community, we are a very family-oriented town where a lot of people know each other,” she says. “It’s easy for people to get involved in youth sports or senior activities. Everyone’s very close. People have an opportunity to get to know their neighbors.

What: A small city of 11,300 with many improvements on the horizon

Where: Located in Tulare County, California