A community that cares

With a population of approximately 29,000, the family-friendly city of Central, Louisiana is a rural suburb of Baton Rouge. Maintaining the delicate balance of country charm with easily accessible amenities is what the community prides itself on. 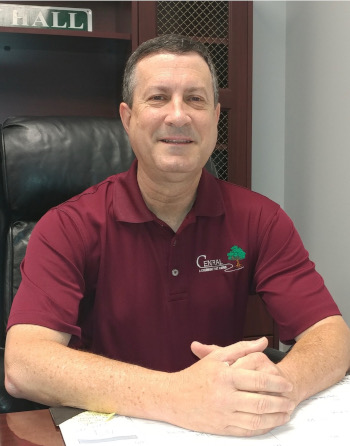 The young municipality was incorporated in July 2005. Prior to that, the area was mostly agricultural and was always known locally as “Central.” Mayor David Barrow explains, “We already had Central High School, so when we were incorporated, it was decided Central was the best name. A lot of the community is still rural, particularly in the northern section where residents have large tracts of land.” Located on one of these properties is Trade Construction Company, a family-owned pipe fabrication business. Nearby is Custom Metal Works, a manufacturer of metal parts. Together, both companies form the city’s industrial section, although, there are plans for a more official area in the future. As Barrow states, “We are working on developing zones where we might have an industrial park with warehouse-type work. We already have several possible locations in the city identified on our masterplan for growth.”

This northern area of Central has a broad selection of housing to choose from, with even more choice throughout the rest of the community. It could be a house in a new development, like one of the modern subdivisions with single-family units, or a pre-existing multifamily home. According to Barrow, “Despite the age or type of house, property values out here have maintained their worth and have increased since we incorporated. They are very good right now. Lately, residents have put houses up for sale and they aren’t on the market long. That is a good sign.”

Slow growth is a big focus for the community because that’s what the majority of residents want. Many choose to live in Central because of its rural suburban charm and they want the city to remain as it is – a place that is safe, secure, and where people look out for each other. Local businesses are encouraged to grow and the many young families in the area help boost the economy. The younger generation also benefits from the Central Community School System, ranked in the top 10 of Louisiana school systems. The schools are one of the biggest employers in the area, employing about 2,000 workers. Other major employers include the corporate headquarters of DEMCO, a regional utility provider with hundreds of employees, and Wal-Mart, Winn-Dixie, and Oak Point Fresh Market which also employ a good number of people.

An area which has become a commercial hub for the community is the beautiful Central Square, located in the heart of the city near Sullivan and Wax Roads. The development was constructed 10 years ago and houses a pavilion, park, and The Quarters – a two-phase shopping center with architecture reminiscent of the French Quarter in New Orleans. There is also a Wal-Mart across the street from the Central Square for even more convenience. “We don’t really have an official downtown in Central,” says Barrow, “but the Central Square area of the city is considered a smaller alternative. A traditional neighborhood development (TND) is even planned for the area. It’s called The Settlement on Shoe Creek and it was approved under the previous administration with some controversy. When finished in several years, it’s going to have over 400 homes and 210 apartments, as well as a large commercial development. The first houses are being built now. It’s a major development that’s going to change the face of Central.”

The city has been partnering with The Central Chamber of Commerce for assistance with its economic development; helping local businesses with retention and promotion. The majority of the city’s businesses are locally owned mom and pop stores. Barrow shares, “Especially in 2020 with COVID-19, we try to support our local businesses and remind people to shop local. We are proud that in the months since the pandemic began in March 2020, our sales tax revenues are up year-on-year 13 percent.” There are some exciting new businesses on the way, too. The community is always looking for ways to attract more and to increase sales revenues. 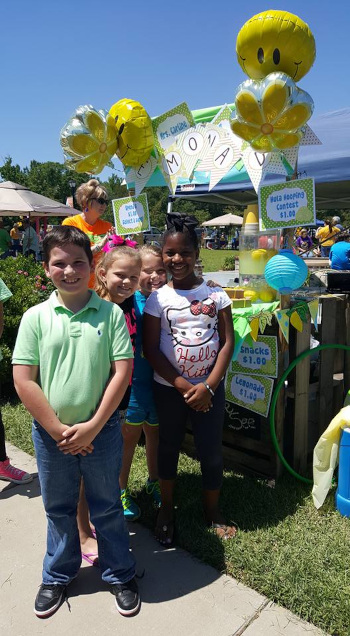 “We rely on those revenues because we run our city differently than the majority of others,” says Barrow. “We privatize most of our city services to the Institute for Building Technology and Safety (IBTS), a nationwide company that assists local government agencies. They handle all of our permitting, public works, planning and zoning, licensing, and the day-to-day operations of the city. We have been privatized since being incorporated. We really only have three full-time city employees: myself, my assistant (our administrative officer), and the Police Chief Roger Corcoran. Privatizing the majority of our services has saved us a lot of money over the years, and in the future with longevity costs.”

Saving money is essential, especially with city infrastructure improvements to consider. Highway 64 goes from East Baton Rouge Parish into Livingston Parish and part of that highway, Magnolia Bridge, is located in Central. Livingston Parish has been rapidly growing, so Central experiences high traffic volumes. Since people have to drive through the city to get to Livingston Parish, widening the roads has become a priority. Barrow reports, “A lot of our major roadways are the same two-lane highways which have been around for decades, so they aren’t very pedestrian or cyclist friendly. In addition to widening the highways, we are installing sidewalks and making some of the outside lanes wider for bicycle lanes. That’s a priority on all new road construction. Several years ago, we installed miles of new sidewalk around the schools and surrounding neighborhoods. Now it’s required to have sidewalks in residential neighborhoods. We’re trying to address these road issues by having a shoulder or dedicated bike lanes, as well as including sidewalks on future projects.”

Drainage is another major concern for the city. Central lies between two rivers – the Comite River on the western side and the Amite River on the eastern side, with both converging at the bottom of the city. In August 2016, South Louisiana was devasted by catastrophic floods, with over 24 inches of rain falling in two days. This caused a near tidal wave to overflow the rivers. Half of the city’s homes were flooded. “As a result, we have stepped up our game on the maintenance of the ditches and canals,” says Barrow. “Two of our major channels are now part of a $70-million federal project that the United States Army Corps of Engineers (USACE) is undertaking because of the flooding. We’re also addressing the drainage issues in our codes for new developments. We can’t do anything about the houses that are built now, but we can control our future developments and we have tightened our regulations on that.”

Improvements to the community haven’t been restricted solely to infrastructure, but also involve outdoor spaces, parks, and conservation areas. These upgrades have greatly increased the quality of life for all residents and have been possible through the city’s valuable partnership with The Recreation and Park Commission for the Parish of East Baton Rouge (BREC). Over the past couple of years, BREC constructed the Central Sports Park, which has eight baseball fields currently being turfed so there is future potential for baseball tournaments to be held in the city. Several parks are also being revitalized with new equipment and even new fishing ponds.

Thinking ahead to the future, Barrow is firm on continuing all the improvements currently being done in the city. Goals numbers one and two are continual maintenance on the roadways and refining the city’s development code. But always top of mind with any decisions going forward will be that the residents want Central to remain a rural suburb. “At the same time they also want commercial development to satisfy their needs,” says Barrow. “It’s about getting the right balance – maintaining the rural suburb but still having commercial amenities for our citizens. That’s what people want out here so that will always be key.”