More than just a beach destination

Business View interviews representatives of Cape May County, New Jersey for our focus on Economic Development in U.S. Counties

In Cape May County, New Jersey, you can have it all. Located along the southernmost tip of New Jersey, surrounded by the Atlantic Ocean and the Delaware Bay, the area is known for its 30 miles of sandy beaches. But Cape May County’s administrative team have been working hard to make the Jersey Cape a year-long home for new businesses that are looking to make what they call the “Coastal Shift.”

“The Coastal Shift is a recognition of a feeling of desire for people to have a better life-work balance, to live in places that have a high quality of life,” says Leslie Gimeno, Cape May County Director of Planning. “Where they can enjoy their families and they can also work productively. And Cape May County has that to offer.” In addition to the sun and sand, the county boasts historic sites and architecture, shopping and antiques, a bustling arts scene, nature trails, and an active food and beverage industry with breweries, wineries, distilleries, and many restaurants. 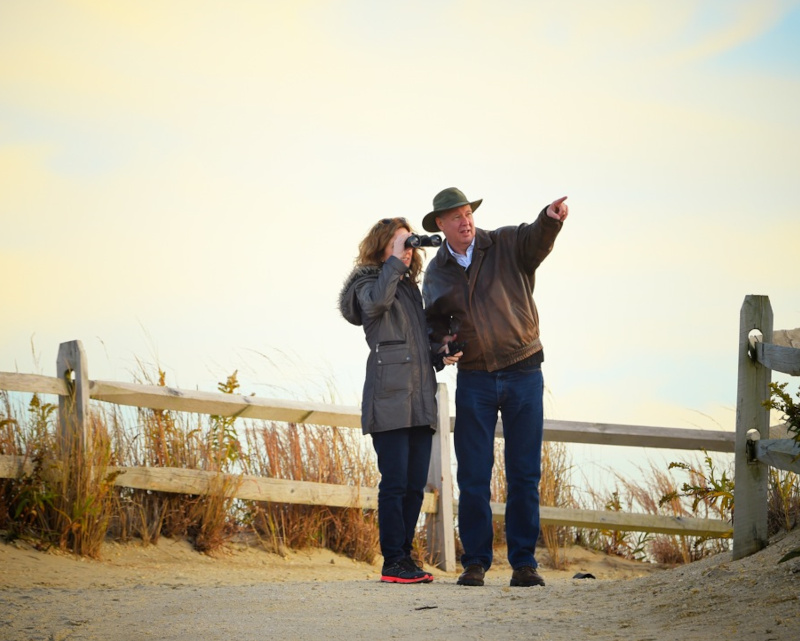 Capitalizing on the Coastal Shift, along with the area’s many amenities, is how Cape May County plans to attract more and more businesses to its shore. “The primary goal is to bring new industries to the county that provide well-paying, year-round jobs,” Gimeno says. “A lot of our jobs based on the tourism economy are seasonal in nature and they are lower in wage, so we are looking to use our workforce development capabilities to branch out into the other important industry sectors in our community.”

Traditionally, Cape May County has relied on tourism. The county’s population sits around 95,000, but in the summer that number goes up to 600,000 with people returning to their vacation and secondary homes. There’s also around 10.2 million visitors that make their way to Cape May County via short term rentals or day trips. This allowed the county to generate nearly $7 billion in direct tourism spending in 2019 alone. But now they are looking to expand to other industries, including healthcare and technology, According to Cape May County Tourism Director, Diane Wieland, “The county has been diligently working to expand the diversity of the economy to bring in new businesses that would help increase the number of jobs, especially the number of year-round jobs.”

The innovative Cape May County Revolving Fishing Loan program has helped over 400 commercial and recreational fishermen purchase, upgrade and re-imagine the second largest industry in Cape May County. There is no other program of its kind in New Jersey or surrounding coastal states. Cape May County’s commercial fishing industry ranks top in the State and the port of Cape May/Wildwood ranks in fifth in the nation in dollars generated and 9th in landings out of 128 ports nationally. The program is managed by the County Government with board members from Rutgers University Fisheries, banking officials, and fishing industry members including suppliers and vessel owners.

Wieland reports, “Currently, we have over $1.5 million in loans with a revolving payback of $38,000 per month that is available for more loans. As bank requirements become more stringent, this program allows commercial and recreational fisherman to make needed upgrades and maintain safety equipment. The loans are up to $300,000 and are based on job retention/job creation. The terms are 7 years with a 2% interest. This program has grown in popularity as the industry shifts with the increased demand in fresh seafood. It supports an integral part of our local economy and helps maintain year-round jobs.  Fleets are being expanded based on the availability of small interest loans to vessel owners.

The county has begun three initiatives to help drive new business and make Cape May County a place that businesses and people want to stay year-round. The first involves improvements at the Cape May County Airport, including an innovation centre called The Hangars. “We have spent a number of years developing a master plan for the organization of the site,” says Gimeno. “It was really kind of a hodgepodge of different uses all mixed together that didn’t quite make sense from a land-use perspective and certainly not from a welcoming-visitor type perspective.”

The master plan project organized different uses and consolidated them into districts to better organize the site as a whole. Gimeno notes, “As an example, we have a historic district where there is a naval air station, and a commercial district with commercial retail and service-oriented businesses, and then there are areas reserved for future development, and also government services, and there’s also the airside for the functioning airport.” They have also turned their focus toward bringing new business to the airport. “We had a concerted effort, which related to UAS (unmanned aerial systems/drones) and that evolved into a more comprehensive program to elicit and develop interest from the technology industry in the airport, and specifically, the building that was formerly known as Tech Village that we now refer to as the Hangars,” Gimeno adds.

The Hangars is a new 20,000 square-foot building that is the hub for the county’s technology industry focus. It currently has three tenants – Cellular Tracking Technologies, which does aviation-based telemetry; D-Tech International, which works in library inventory management; as well as a biotechnology and bioengineering company. “All three of these companies were in existence in other places,” says Gimeno, “and through the marketing campaign of our economic development program and other initiatives with partners, Cape May County caught their attention. These companies were operating and thriving in other places and they recognized the quality of life that Cape May County has to offer and the life-work balance, that even up until last year, people didn’t recognize. 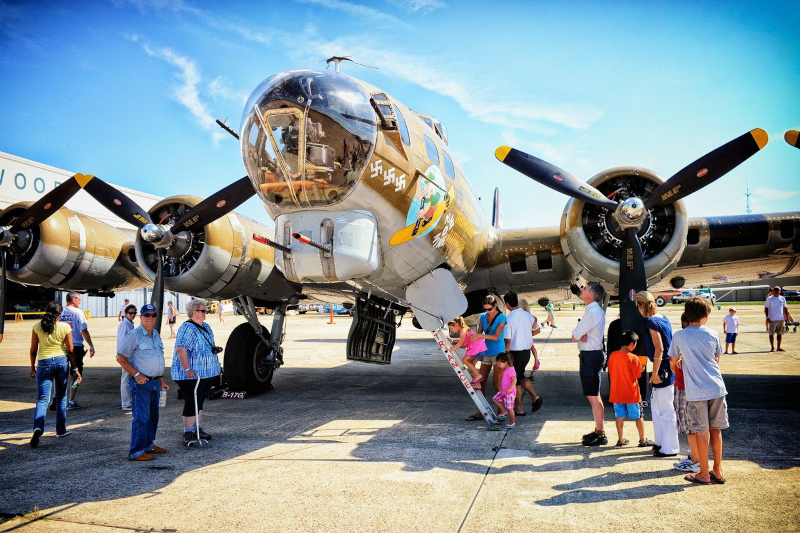 “We have really created an environment of innovation, technology, community at the airport that we anticipate growing exponentially in the next few years with help from our partners. We are getting the word out about Cape May County and what a great place it is to be. People can find meaningful high-tech and well-paying year-round jobs here and that capacity is growing every day.”

A second initiative to bolster business is the County Commons, a 185,000-square-foot complex located in Rio Grande that formerly housed a Kmart. The county initially had planned to lease space in the complex for its social services offices, but was able to purchase it outright after the owner of the property went bankrupt. They completely revamped the space, turning it from a standard plaza with storefronts at the front and trash and dumpsters at the back to a full circle plaza that utilizes space on all sides.

“We made a number of upgrades to the south side of the building so that it didn’t appear to be the back of a building,” said Jeff Lindsay, Cape May County attorney. “With that we implemented a sidewalk, lighting, all the standard things that you would put there, but we also put in a little patio park area off the back of one of the units. We also turned a former alleyway into a courtyard accessible from three different units. It really made it more attractive for potential tenants to come in and lease the space.”

The complex formerly included a movie theater, so they found a local developer with experience in the movie theater business to take over that space. Lindsay reports, “He took an entire wing of the complex – approximately 80,000 square feet – and he is going to operate a movie theater, a bowling alley, a gaming area, a bar, and a restaurant in that area.”

Now, the county is leasing space to a variety of different businesses and organizations, including a Veterans’ clinic run by the federal government, a tractor supply store, and New Jersey’s Department of Labor services and programs. “It’s really been a concerted effort once we bought it to make it a mixed-use property,” Lindsay explains. “It was something that we identified as a good concept for the property. That was really our focus and the path we decided to take with bringing in the Veterans Affairs and the state, and not just doing county offices with a number of private sector, but to really open it up to other government services.”

A third initiative is the county’s Open Spaces program. It runs from a dedicated trust fund that brings in about $5 million per year and traditionally worked on land acquisition and farm land preservation, but has recently branched out to include historic preservation and park and recreation development. “We have $100 million so far invested in farmland preservation, open space, historic preservation, park and recreation development, and we have set the standard for aesthetics and some regional branding with our Creative Placemaking Program,” says Gimeno.

The program aims to create high quality public spaces throughout the county for residents and tourists alike to enjoy. “The Open Space Program speaks to the quality of life, as well as the opportunities people experience when they come to Cape May County,” says Joe Molineaux, Economic Development Program Manager for Cape May County. Taxpayer dollars are being invested in a way that creates amazing visuals and experiences for people, as well. Having a strong tourism industry will only help Cape May County expand its reach to draw in new business. We have this unique opportunity because we are already a major draw from travel and tourism and investment in a second home.”

He adds, “When you look at the amount of properties that are owned from people outside the state, it gives us a great opportunity to promote the idea of the Coastal Shift and do it in a way that isn’t a hard sell. Part of their lifestyle already includes Cape May County, so our job and our role and our future vision is to show them the opportunities that exist and how their business can benefit.”

WHAT: Popular tourist county made up of 16 individual municipalities; Population 92,000

WHERE: Located in southern New Jersey, surrounded by the Atlantic Ocean and Delaware Bay

Cape May County, New Jersey is located in the heart of the Mid-Atlantic region.  The County’s Economic Development Program focuses on multiple areas of economic development: new business attraction, business support services, and entrepreneurial development with an emphasis on growing the County’s emerging technology and innovation sector.