Business View Magazine interviews John Clarkson, Owner of California Boiler, for our series on Domestic Manufacturing with a focus on the Boiler Industry.

California Boiler is a 100-percent, employee-owned company specializing in boiler service, sales, parts, and rentals. Over 30 years, the company has built a reputation of excellence based on superior performance and professionalism, and strong relationships with leading manufacturers across a wide range of industries, including agriculture, food processing, hospitals, hotels, manufacturing, military, and petrochemical. California Boiler delivers complete service throughout the life cycle of its equipment from initial planning, installation, and fabrication, through ongoing training, support, and maintenance. With service technicians on call 24/7, customers are ensured a swift and effective diagnosis and repair of any boiler problem or malfunction. 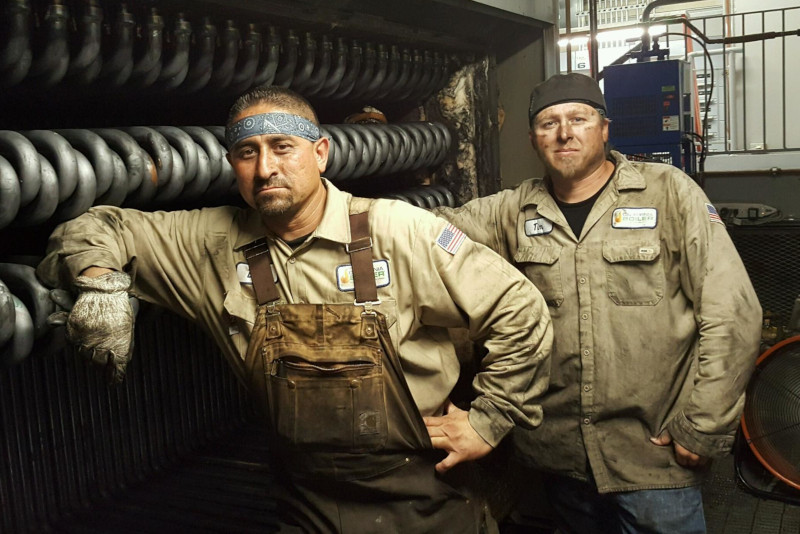 Headquartered in Santa Ana, California, the company offers a wide variety of boilers, ultra low NOx burners, steam, hot water, hot oil heaters, heaters, industrial water heaters, fuel efficiency equipment, controls, water treatment units, and boiler parts and accessories. For customers who need supplemental equipment or interim support when boilers are down for repair, California Boiler also maintains a fleet of self-contained, skid-mounted, and larger rental boilers for hot water and steam applications. As part of its comprehensive service model, delivery and installation are provided for these units, including all ancillary equipment required for operation, and connections to natural gas or propane.

John Clarkson, Senior VP of California Boiler, shares the firm’s backstory: “The company was established in 1979 by Jay Walker. At the time, Jay and I had been working at another boiler company for ten years. I was manager, he was the head technician. He left and started this business, which was then called Southern California Boiler that he operated out of his house for about four years. He was doing about $80,000 a year when I came on in 1983, but I wouldn’t join him until we incorporated and had our own office. We started out with four people, moved into another building, took over that building, and grew with some people who had worked for us at the other company. Then we bought four other boiler companies throughout the state, and had an office in Visalia, California called Central Boiler Industrial Service. Four years later, we bought Ward-Shmidt in Modesto and added that to Central Boiler Industrial Service. Then seven years ago, we changed the name and rebranded ourselves, totally, as California Boiler because Southern California Boiler Company doesn’t work in northern California.”

Today, California Boiler has 105 employees, four main offices, plus a satellite office in Dixon, and 74 trucks. Last year, they moved the headquarters from a 10,000-sq.-ft. building to an 18,000- sq.-ft. building in Santa Ana. The Visalia office has a 10,000-sq.-ft. building with five acres paved, and a lot of their rental trailers and equipment sits there. The other branch office in Modesto is about 10,000 sq. ft., as well. In 1983, Clarkson bought 50 percent of the company from Walker for $40,000.  It was a good investment.

On Jan. 1, 2007, California Boiler became an ESOP (Employee Stock Ownership Plan) company. It actually takes 15 years for the total transaction – at the end of this year, that transaction will be complete and the company will be 100-percent employee owned. Clarkson explains, “In 2006, we were both 55 years old, and looking for a way to retire, some day, and get money out of the company. We looked at a couple options like selling to a bigger entity, and selling to a competitor, but we thought this was the best way to do it. Our employees don’t pay anything, and they get stock every year. Over the last five years, the stock has increased between 12 and 18 percent every year. So, not bad for them, either. Our two original employees, who each had 10 percent of the business, have been paid off by ESOP and now have management positions in other companies, but we still work closely together. Jay retired and has also been fully paid.”

ESOP companies are federally tax exempt because it’s a Certified Retirement Plan. They pay state taxes on annual profits but not federal tax. The other benefit is that most ESOP companies tend to have better efficiency and output because the people look at it as their own company, not “I work for that company.” That generally holds true for about 80 percent of employees and results in lower turnover rates – some people have been at California Boiler more than 25 years. The boiler industry has an issue with lack of skilled labor – technicians and boilermakers – throughout the whole country. The biggest turnover at California Boiler is people saying they can do the job, when they can’t. They don’t last more than a year. So, the company trains its own people. 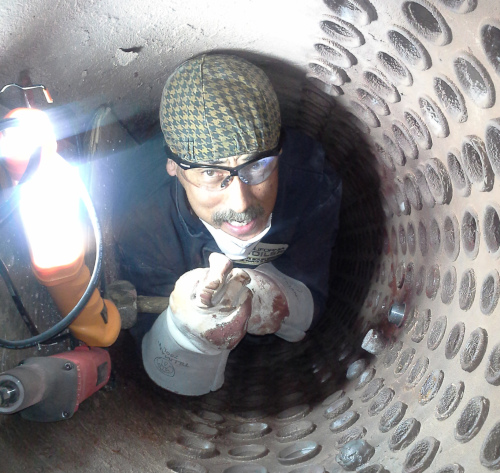 “Training is a big part of our culture,” says Clarkson. “We recently set up a program that is now nationally certified by the Dept. of Labor as an accredited training session for boilermakers and technicians. And we have five guys, in-house, that are certified as trainers. We train from within, plus we send our workers to factory schools around the U.S. and even to England for training on equipment.” They also bring interns in from colleges across the country; including students in a four-year degree program learning boilers, and co-gens, and power. Last year, the firm had five summer interns. This year, they have one graduate becoming permanent, and five more junior interns.

Clarkson admits, “I will say we’ve grown well because of California emission rules. Since the ‘90s, every couple years, the rules require less and less emissions. We’re to the point where we’re lower than the EPA can even think about. So, our industry has been driven by regulatory issues, and if you’re not on the cutting edge of that, you don’t survive. We’ve been on the cutting edge for 25 years. There are a lot of innovations and new technology coming down the pipe because of the emissions rules and the green policies throughout the country. California has the lowest emission requirements, by far.”

While California Boiler represents Power Flame in northern Nevada, currently the company only does physical work in the state of California. Three years ago, it started a division called International Combustion & Controls (ICC). The team is comprised of expert techs who have been in the industry a long time, and do the work for the bigger power plants. ICC has seven employees stationed in Florida, Pennsylvania, and Arkansas, who do start-ups and training in the rest of the country, but not installs or repairs.

California Boiler is also an ASME National Board Code facility, employing certified welders. According to Clarkson, “We have 48 rental units, too; from small up to 300 hp trailers. Plus we’re a big factory rep for Hurst (our main line), Power Flame, Victory, and Unilux. We get along as a partner with other companies in the industry, as best we can, and most of us belong to ABMA (American Boiler Manufacturer Association). There’s a lot of synergy and enough work for everyone.”

There’s also a lot of competition. As the second largest boiler company in California.  From a marketing standard, the company does a lot of sales training, a few trade shows throughout the year, has an active website, and is increasing its social media presence to really promote the business. The best advertising is word of mouth. “We have a very good reputation for quality,” says Clarkson. “And we back everything we do. I’m big on relationships; if there’s a mistake we make it right. We do sales, service and repair on our equipment, and installations. Usually, we don’t do a lot of new construction but we do replacement construction, or add-on construction; boilers and boiler rooms, or anything steam-related or hot-water related.  Five years ago, our President, Jay Walker, decided he was leaving, so Gary Anderson, who ran multi-million dollar companies and big equity groups, came on as CEO. He’s done extremely well and expanded the company in a variety of ways from the corporate level.

“Our goal for the future is to grow the International Combustion & Controls group, and possibly expand through acquisitions. But, now, we’re really trying to promote new technologies and green solutions, and push the manufacturers in that regard. I’ll probably work another four years and then start phasing out, because I want to train the newer people on the basic systems. A lot of guys come in and know one part, but they need to know the whole scope of our industry. This industry is a close network, and we all have to work together. I want to train people to understand the system and promote efficiency, lowering emissions, and safety.”

What: Specialists in boiler service, sales, parts, and rentals

Where: Headquarters in Santa Ana, California