“Top of the West Coast”

Peace and tranquility, excitement and adventure, the Buller District has it all – topped off by an enviable climate, laid-back lifestyle and close community environment. Stretching from Punakaiki in the south to Karamea in the north, and inland as far as Springs Junction, the district covers 8574 square kilometres, boasts two national parks (Kahurangi and Paparoa) and Victoria Forest Park, two heritage areas and is home to a population of over 13,000. As the territorial authority for the northern West Coast, the Buller District Council has a wide range of responsibilities under the Local Government Act, with an overall goal of promoting the well-being of local communities including Westport, Punakaiki, Karamea, and Reefton.

Westport, the West Coast’s second biggest town, is Buller’s commercial and administration centre. Situated on the mouth of the mighty Buller Kawatiri River, it is home to around 7,000 residents and features a commercial port, and an airport with regular flights to and from the capital city of Wellington. Gold was discovered in the Buller River in the late 1850s, signalling the start of the gold rush and the establishment of the town. The hunt for gold eventually gave way to the hunt for coal, a dominant industry force today, although the focus on major industry has shifted in recent years. While Bathurst Resources Ltd is one of the largest employers in the community, a lot more drive is being put towards domestic tourism, agriculture and horticulture.

Sharon Mason was appointed as Buller District Council Chief Executive in November 2018 and brings 12 years of senior executive and management experience from the health and public sector environment to the role. Most recently as Executive Director of Provider Services for Hawkes Bay District Health Board, Director of Operations at Southern District Health Board and Executive General Manager with the North West Area Health Service in Tasmania. In each position, Mason had overall responsibility for health service delivery across multiple disciplines covering over 4000 staff and managing budgets in excess of $250 million. All have been based in rural regions, so she understands the complexities and challenges of rural regional strategy and service delivery.

Mason explains, “I’ve spent nearly 20 years in executive roles within the health system but I’d never considered local government before. Then, an advert from Buller District Council caught my eye because it was looking for a Chief Executive that a community could be proud of. So, after speaking with the interim Chief Executive who was in charge of recruitment, and asking him if they really meant that (because it seemed too good to be true), I applied and was fortunate to get the role. Leadership skills are easily transferrable and what I brought was many years of experience and a different way of working. The Council had been through quite a lot of turmoil and lacked stability and leadership, so I brought a discreet set of skills and committed to a five-year tenure to help rebuild the reputation of Council with the community and with Central Government.” 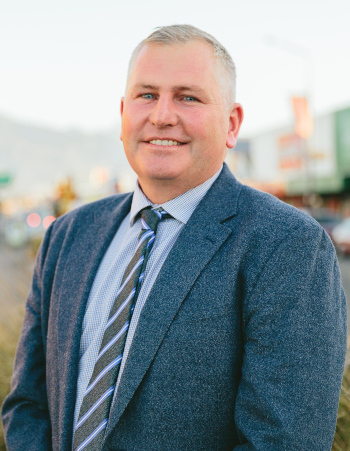 The 2019 local election also saw residents elect a new Mayor into the vacant position. Jamie Cleine, a local dairy farmer and one term councillor, was inspired to stand by the steep change that Sharon Mason had brought to the organisation in such a short time. “I felt confident to stand simply because I could see that Sharon was bringing a professional and new approach to tackle some legacy issues,” says Cleine, “and as a young Mayor, I just had to be a part of that journey. The benefit we can collectively bring to the District by having a Council that is working effectively for the people, combined with a positive strategic direction in leadership, is how we secure a bright future. That solution focused approach has already seen us gain central government support for some new projects and I’m really positive for the future.”

Buller District is at the northernmost part of the West Coast region of the South Island and 85 percent of the District land belongs to the Department of Conservation. Only 15 percent is considered to be ratable, which presents many challenges as it is geographically spread out; it is isolated, and with only 13,000 residents there is a small rating base to bring in sufficient revenue and resources to develop and build up the infrastructure and the assets for the community. The Buller District has encountered significant economic changes over the past five years, with the closing of the state coal mine and Holcim’s cement works. Those closures had a huge economic impact on the community, many families moved out of town to find work which created another set of challenges.

Currently, in terms of economic value, tourism is outstripping what coal mining and dairy farming deliver. “However,” Mason admits, “we acknowledge that tourism brings a fragility and vulnerability with it, because all it takes is an event to turn the tourism tap off. So we’re very mindful of that.”

Buller District has several exciting initiatives in progress, boosted by the Central Government’s Provincial Growth Fund – $300 billion which regions can apply for to generate new business and create employment. Through that fund, District Council has directly brought about $7.8 million in the last 12 months to the District, with up to 40 million PGF application via Ngati Waewae (local Iwi), The Department of Conservation and Community Trusts for developing the Kawatiri Coastal Trail, a grade 2 trail that will appeal to families for cycling and hiking and spans 54 km through some of the most beautiful scenery in New Zealand. This will open up another level of tourism in addition to Old Ghost Road, developing a visitor experience centre at Punakaiki (Pancake Rocks & Blowholes), improving road access and protecting the beautiful natural Oparara Arches and the development of the Pounamu Pathway which tells the Maori story of Pounamu across the West Coast.

“We’re also looking at bringing in different kinds of industry,” says Mason. “We’re very fortunate in the Buller District, because our climate and particularly the water temperature, appeals to aquaculture, a commercial company have submitted an application to build a commercial whitebait farm.  We’re also seeking to put in a Provincial Growth Fund application to revitalise our harbour and port area.  We have been successful in obtaining 4 million dollars to upgrade the port jetties and an additional 1.8 million to build an overbridge and upgrade the wharf. We have a fishery industry that we want to protect, optimise and grow – it brings about $34 million to the whole of the West Coast and it’s really important that we enable that industry to keep going and to grow.” 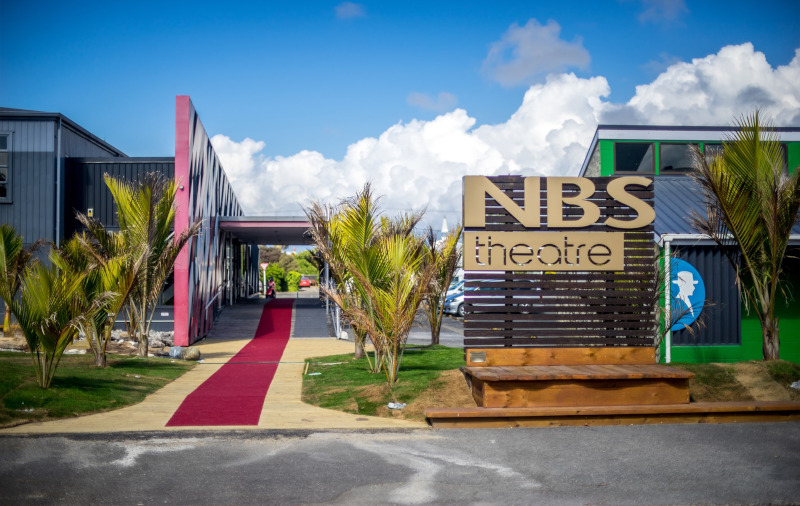 New industry coming into the community requires more homes and, due to the limited housing stock in the District, developers are taking the initiative and starting to build. Rental properties are pretty much non-existent; the plus point is that housing in Buller is affordable and a really nice villa can be purchased for a decent price of 250k . With that incentive, people are moving into the area with a variety of different skills and looking to set up businesses, which is quite heartening for the Council and the community. Of course, that also has a positive economic effect with increased school enrolment and the ability for new businesses such as cafes to set up, also strengthening existing businesses.

Investing in infrastructure and assets is also improving the District’s economy. Next on the wish list is the building of a new Civic Centre. “And,” Mason reports, “we are exploring partnership options with Ngati Waewae. The District Health Board is also about to build a new hospital in Westport – a $20 million investment which will be really positive for local builders and bring in some external trades as well. Our current hospital is aging, so it is a new rebuild that will reflect a different model of care that’s focused towards primary care. It will be much more appealing for staff members to work in a modern and contemporary facility with a different practise model. So, that will be a positive recruitment tool for trained medical staff – doctors, nurses, physio – to come here.”

Buller District is keen to offer itself as an IT hub and, as part of that initiative, Chorus is currently installing fibre throughout the District, which will allow people the opportunity to live and work on the beautiful West Coast, knowing there is reasonably good internet infrastructure and fast broadband available to them. In addition, EPIC Westport offers 350 square meters of open plan co-working spaces, fully serviced offices and meeting rooms. The space houses creative, innovative individuals, small businesses or teams from large businesses that take advantage of the collaborative environment to develop and grow their ventures around the globe.

The region is fortunate to have a robust Tai Poutini West Coast Economic Development Strategy (2018-2025) that seeks to determine how to diversify the economy and move away from the traditional mining sector by focusing on domestic tourism and aquaculture. Mason notes, “We also believe there is a strong market for horticulture (glasshouses, hothouses) here on the West Coast because of our climate and we need to maximize those opportunities.”

The District Council is pleased to give a shout-out to its valuable ongoing relationships. As Mason relates, “Buller Electricity are a key partner, fantastic for supporting new businesses with affordable electricity prices. Also the Nelson Building Society are great supporters providing corporate sponsorship for the NBS Theatre and are strong community citizens. Shawn Rayson, a Canadian who recently purchased West Coast Brewery, wants to be a strong corporate citizen and has already provided support to the local Buller rugby team, which is wonderful. The Old Ghost Road establishment provides a high-end adventure tourism opportunity and we work very closely with them. Advanced Northern West Coast is another tourism group we work with to assist planning tourism opportunities in the District, as well as a close working relationship with Development West Coast that focuses on economic development.”

Looking to the future, Mason shares, “Buller District has been through its challenges, but there is a resilience on the West Coast. No matter what, West Coasters will pull together and work hard to be innovative to change the economic climate. That enthusiasm will lead to great things and revitalisation of the District. Exciting things are happening and I feel really optimistic.”

What: Territorial authority for the northern West Coast

Where: Northernmost part of the West Coast region of the South Island, NZ