Closing in on the number one spot

Best Choice Roofing and Home Improvement Inc. of Hendersonville, Tennessee, is a national roofing company and an Owens-Corning Platinum Preferred Contractor that was founded by Wayne Holloway in 2009. “I had learned about storm damage to roofs and roofing companies specializing in storm damage repair and replacement,” Holloway recounts. “I had an extensive background in sales and realized that this was something that I could do, and probably do well. Back in 2009, when we talked to a customer, they had no idea, whatsoever, that insurance companies would pay to replace their roof. So, I tried it and was successful at it, and then realized that I could duplicate it and hire a few other guys and teach them how to help people.” 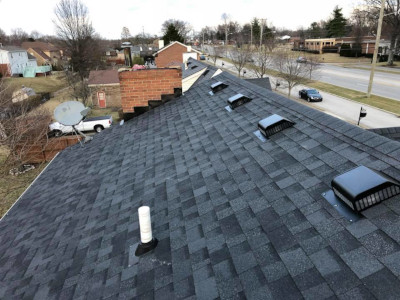 “Because I was blessed enough to find some good quality people, I was able to replicate and duplicate what we did in our original city, multiple dozens of times throughout the last nine years,” Holloway continues. “We now have 24 offices underneath the Best Choice Roofing umbrella, with hopes and aspirations to double that in the next two to three years. So, not only did we find a profitable company that had a pretty good revenue stream, we were also able to combine that with helping people and providing a valuable service.

“When I first got into the business, I said, ‘I can pay my bills doing this. I like this. Who knows what the future will bring?’ Shortly and quickly, I realized I was onto something. I put my eyes on that number one spot in the nation and wanted to become the largest residential roofing contractor in the U.S.. Within the first three years, we had become one of the top one hundred residential roofing contractors based on volume. That was a big milestone for us and we’ve consistently been in that ranking every year and consistently moved closer to that coveted top five spot.”

When Holloway first began his company, he admits that not having many competitors who were knocking on the doors of people who had roof damage, but were unaware that they could get their insurance companies to defray repair or replacement costs, helped him build a strong revenue pipeline. But since then, he attributes the company’s rapid expansion to the passion of his employees, who are given many opportunities to grow with the firm. “We strive to take care of our salespeople,” he explains. “We strive to give them opportunities for advancement. You can come onboard as a salesperson, six months later become a sales manager, six months later become a general manager, and six months later approach me and say ‘I want a piece of the pie.’ So, if I’ve got a gentleman or lady who’s interested, we’ll sit down and determine an area they are comfortable with, and under a license agreement give them the opportunity to open up a location, with me as a majority owner. And then, they are able to get a piece of the pie and the Best Choice Roofing logo.”

Currently, Holloway reports that seven of his employees have already taken advantage of the opportunity to become part owners. “By the end of the year, we’re looking at having a total of nine; and by March of next year, that number will be about 12,” he states. “So, we’re constantly training people for that. A motto that we’ve been using internally over the last few years about that developmental approach is: ‘Come here to work – stay here to own.’ Most of the people in management positions within the company hope to become a general or regional manager or owner of a branch. That’s driven the passion. You can come on board, take this job seriously, learn everything you can, and if you do a good job and are passionate about it, you’ll never have to look for another job for the rest of your life.”

To date, Best Choice Roofing has completed over 30,000 projects – 99 percent of them on residential properties. Holloway explains how his company operates, and what differentiates it from the competition: “There are two different departments in the organization – the sales department and production. We’re different, and unique, in the fact that most roofing companies let their sales persons handle projects all the way from knocking on the door, to explaining to the customer what the roofing problems are, all the way to the completion of the roofing project. I don’t want to do that. I fully understand that, most of the time, I’m going to hire a salesperson who was like me back in 2009. They know how to sell; they know what storm damage is; and they understand the basic concepts of roofing, so they can be there for the customer. But, I don’t want my sales guys out there on the job, installing and supervising.

“So, once my sales people find a customer, they meet with the insurance adjuster; they discuss the damage and what it will take to get the roof back to pre-storm condition; then engage in a contract with the customer; then turn the contract over to the office. And my sales people are done, because, at that point, it becomes a production challenge. That’s when my people in the field, the project managers who have extensive backgrounds in construction, use the crews that they’ve hired. They assign a roofing crew that we thoroughly vet – workers’ comp, general liability, background checks, we ensure they have a driver’s license and automobile insurance coverage. Once we vet these contractors, we sign them as a subcontractor to install the job and that’s where my production managers and project managers are responsible for ensuring that the job is completed in a timely fashion, that it’s done to manufacturer’s specifications, and that the customer is satisfied. Those people are hired in the local markets. When we open an office, the first thing we do is hire an office administrator, locally. She’s the one who will start answering the phones and handling paperwork. Shortly, thereafter, we’ll hire a project or production manager. Then, he or she will hire the crews, and then, I usually will transplant either a GM or an SM to hire local people to become sales people. And then, hopefully, we’ll find somebody with some talent and bring them up the ranks, give them a management position, and move onto the next one.” 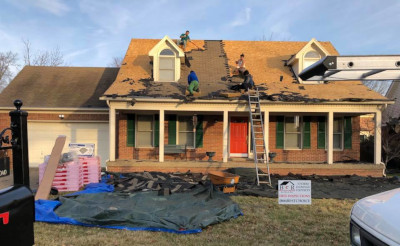 According to Holloway, some of those “next ones” include newly opened offices in Arlington, Virginia, Birmingham, Alabama, and Tampa, Florida. “And I’ve got my eyes on another couple of markets,” he adds. “The furthest west that I currently am is Texas. After next year, I want to get really aggressive in the west; we also want to spend a lot of time focusing on the northeast – Philadelphia, New Jersey, Baltimore, with retail and door knocking. After that, in 2020, we want to get aggressive in states like Nevada, Oklahoma, and Utah. By then, I will have gotten the company as close to that number one spot as I can get. When I get to the number one spot, we’re going to look at the brand that we’ve created to find other home improvement needs that customers may want.”

As the company gets older, Holloway says that the amount of inbound work the company gets continues to increase. “Over the last few years, our name recognition has allowed us to get a bunch of referrals and repeat customers,” he explains. “We’ve also gotten pretty aggressive on the internet, so we do a lot of retail work. But, as far as I’m concerned, for the next several years, a majority of our business will be generated by our outbound call center, and by our outbound salespeople who are soliciting the services that we offer.”

“We pride ourself on quality,” Holloway says in conclusion. “And we pride ourself on people. If I’ve got happy people, and my customers realize that I’ve got happy people, they’ll want to do business with our company. So, the better we treat our staff, the better our customers’ experience. And we’re going to be here for a very long time. When a hailstorm or a windstorm hits your house, nine times out of ten, the company that knocks on your door and replaces the roof, will be gone, as well. Not us. We’re your neighbors. We stay and we’re there for our customers, in case of a warranty issue.”

With that kind of quality customer service, Best Choice Roofing and Home Improvement Inc. keeps moving closer and closer to that coveted, number one spot.

Check out this handpicked feature on Building Research Systems – An innovator in the metal construction industry.

WHAT: A national roofing company 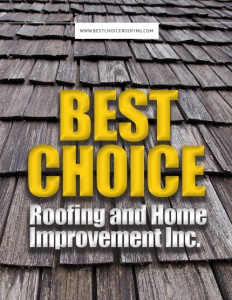