A legacy of trust and excellence continues

Frank Ferrogine started selling cars early in his career in the 1970s. In less than 30 years, he had become owner of one of the fastest growing automotive dealership groups in Maryland with Annapolis Cars. Today, that business is well-known in and around Annapolis for its commitment to local charitable causes, outstanding customer service, and as a great place to build a career.

Annapolis Cars includes five dealerships: Annapolis Hyundai, Annapolis Subaru, Gateway Subaru, Volvo Cars Annapolis, and Genesis of Annapolis. Over the years, dealership locations have moved and expanded to reflect the company’s overall growth and increased level of customer loyalty it has earned from the local community The Annapolis and Gateway Subaru stores sales of new and pre owned Subaru models lead other retailers in their market. The company’s four other dealership locations have grown by double digit most years as well.

“We have a great market in Annapolis,” Ferrogine says. “It’s a very unique market because of our location, where half of our customers follow Washington DC media and the other half follow Baltimore media. We reach out to both and have created a positive reputation that has served us as well.”

Part of the company’s success can be attributed to its core value of “Higher Standards” which refers to taking care of its customers and employees while providing value for all.

Given Annapolis’ location and the fact that it is home to the U.S. Naval Academy, many of the seemingly countless charities that Annapolis Cars supports are involved in the maritime community. One is the Annapolis Maritime Museum, which educates youth and adults about the area’s rich maritime heritage and the ecology of the Chesapeake Bay through programs, exhibits, and community events.

Another is Chesapeake Region Accessible Boating (CRAB), which started in 1991 as a nonprofit providing the thrill, freedom, and these examples of  therapeutic value of sailing for anyone with a disability, recovering warriors, and youth from underserved communities. Today CRAB provides sailing experiences and instruction to over 1,000 guests every yearA new state of the art adaptive boating center will be completed in 2023 and will enable CRAB to expand their fleet and offer marine trades training..

A third is Sarah’s House charitable support efforts are just a partial list of the organizations that Annapolis Cars and its more than 180 employees support.

Frank Ferrogine himself is a former member of the Board of Directors of The Summit School and the Volvo Cars of North America Dealer Advisory Board. He was awarded the Commercial Stewards Award from the Chesapeake Bay Trust to recognize the dealer group’s efforts in the Bay region. He was also the recipient of the award for his work to implement stormwater management projects which provides emergency shelter and project-based supportive housing for families experiencing homlessness in Anne Arundel County, as well as best practices at his dealerships.

“It’s a long list of charities given the wonderful people that we hire and their collective generosity,” says Ferrogine. “It is the part of the business that we are most proud of. Our charitable work is what many people who live in the area know us from and is one of the main ways we have built our brand.”

Hiring for open positions has been difficult in the months following the start of the COVID pandemic and the Great Resignation but Annapolis Cars does everything it can to support its customers with an experienced staff of professionals at all five retail locations. The company matches four percent of its employees’ 401K contributions, well above the average for most regional and national employers. Additionally, its locations close earlier than most dealerships in the area, often by 7 pm or earlier on weekdays.

Ferrogine says, “It is important to provide our employees with a high quality of life because it is then easier to attract new talent, especially from younger workers.” At the same time, Annapolis Cars’ dealer locations offer hours of operation that give customers a level of flexibility for sales and service needs. He adds, “We don’t want to burden our employees with the same kind of intensive hours that were more common in our industry 20 or 30 years ago but we also need to remain available for our customers.” 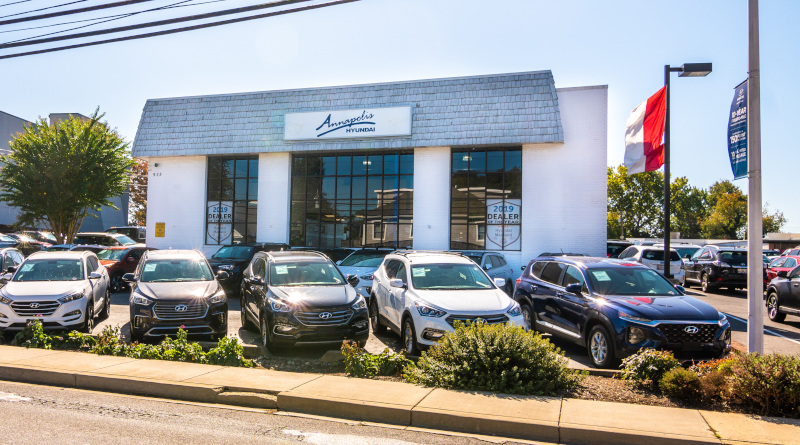 With more facility upgrades underway, Annapolis Cars hopes to hire new staff in the months ahead and throughout 2023, but the job market remains tight. “It seems like many young people don’t want to get into the auto dealer business, which is a shame,” Ferrogine says. “But they can make a great career and earn a lot of money in it, so we’re hoping to attract the best and brightest.” Annapolis Cars has openings in virtually all departments from accounting to sales to service.

The supply chain still is nowhere near pre-pandemic levels and may not get there anytime soon. While Annapolis Cars can often find or order the vehicle that customers want, even if it is not on their lot, finding other accessories can be difficult. Ferrogine mentioned a Subaru trailer hitch as an example of an accessory that has been backordered for months at a time. The key, he said, is to keep customers updated on the status of their orders. “We need to stay in constant communication with our customers, so they don’t feel like they need to call us to get an answer. We want to be proactively giving the updates.”

Like most dealers, Annapolis Cars is preparing for the continued influx in electric vehicle (EV) purchases in the coming months and years. Ferrogine says there is a waiting list for most EV makes and models across all brands that the business sells. Volvo intends for all of its vehicles to be electric by 2030 and other brands like Hyundai, Subaru, and Genesis are increasing the number of EV models they offer.

Having more EVs will have a major impact on the service department as well, and Annapolis Cars is making the necessary changes to support that. The company is investing in several facility upgrades, not just to support EVs but also ongoing business growth. Its expanded bay in Delmar and larger service areas at other Annapolis-based dealers will support the need for an increase in service requests.

The technology on today’s new vehicles never ceases to amaze Ferrogine. “It gets better every year. There are so many computers on these vehicles and many of them get automatic uploads to stay modern with the necessary technology,” he says. “The technology from a year or two ago already seems outdated.”

All Annapolis Cars locations are committed to exceeding environmental regulations, such as having oil-operated heaters that reuse oil removed from vehicles safely and efficiently. Partners like Chase Bank,Hyundai Capital and Trust Financial have helped Annapolis Cars with the funding needed to invest in these upgrades to support customer needs. Reynolds and Reynolds is a trusted partner in automotive technology and digitization. Much of the company’s advertising efforts are handled through online channels through Google, social media, and more. Marketing Director Michelle Eichhorn works with multiple vendors to stay on top of these branding efforts.

After five decades in the business, Ferrogine is looking to slowly transition towards retirement, and fortunately has trusted team members ready to take over the business. Longtime partner and Executive Vice President Patrick Wergin started working for Frank as a lot associate 30 years ago and is now responsible for overseeing the daily operations for each store. Frank also has several family members who are in management positions that support daily operations.

Expansion is always a possibility but likely not outside of Maryland. “If the right situation came along, we might expand in-state,” Ferrogine says. “We have the experienced personnel to handle any situation that presents itself. Our customers will be in good hands for decades to come.”

Laying the Groundwork for the Future.

As the automotive market changes and grows – particularly the EV market – there are exciting opportunities to build brand loyalty and grow. Fortunately, Hyundai Motor Finance has several leasing options that can help Floor Plan Dealers do just that.

For example, Floor Plan Dealers are eligible for an EV Charging Facility Lease. It offers funding for EV chargers and peripherals, as well as for fuel cell EV fueling stations and an EV maintenance facility. While the Hyundai Signage Lease reduces initial investment in things like building and dealership name, service drive and directional signage and pylons by up to 30% with no up-front costs.

As a dedicated lease partner, Hyundai Motor Finance is ready to help. For more information on becoming a Floor Plan Dealer and on our available lease programs, visit us at hmfdealeraccess.com. 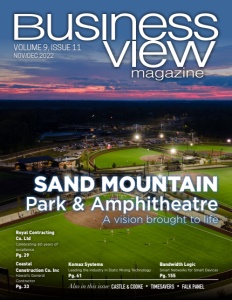