Unique in name and character

A partnership in the early 1800s devolved into a high-stakes card game for rights to live in the area; it also gave rise to the city’s official name.

It’s a unique feature of the city to have stumbled into its namesake through a feud settled with cards, but according to local lore, the city’s name came from a marathon poker game between two early settlers, Corydon E. Cooley and Marion Clark. The two men, who were equal partners in a 100,000-acre ranch, had a falling out and decided that there wasn’t enough room for both of them on the ranch or in the settlement. The men agreed to settle their dispute through a game of “Seven Up” (with the victor taking the ranch and the defeated party, leaving). After a lengthy game with no end in sight Clark said, “If you can show low, you win.” In response, Cooley turned up the deuce of clubs (the lowest possible card) and replied, “Show Low it is.” As a tribute to the legend, the city’s main street is named Deuce of Clubs.

Show Low, Arizona is also known for its beauty and as the gateway to the state’s White Mountains, which offer more than two million acres of pristine and protected national forests and 50 lakes and streams that host world famous fishing opportunities, boating, kayaking, swimming, and relaxing. The region offers an abundance of world class hunting, hiking, skiing, and cycling, as well as mountain climbing and anything else an outdoor enthusiast could imagine.

Steve North, Business Development Coordinator for the City of Show Low notes, “We have some of the best and most unique outdoor recreation opportunities in the state. We also have several hundred miles of well-maintained trails in the area, both non-motorized and motorized trails that visitors take advantage of, and they are all well maintained so, very popular.” 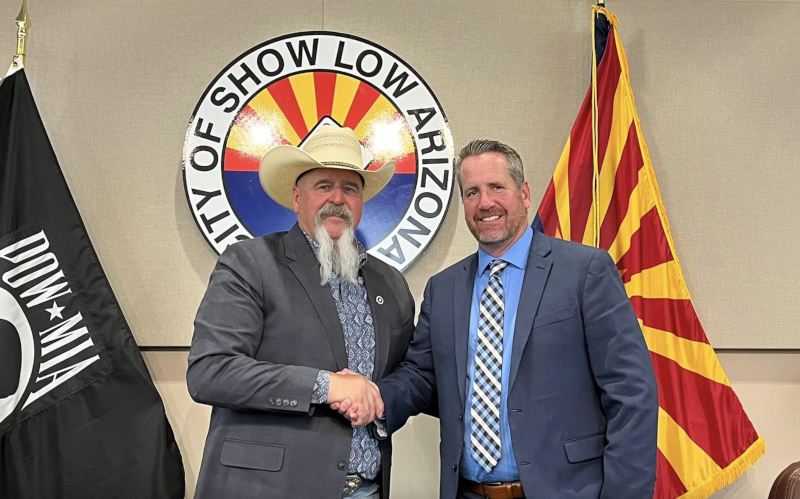 Show Low is located in Navajo County on the Mogollon Rim in east central Arizona. The city was established in 1870 and incorporated in 1953. Over the past decade it has grown to a year-round population of nearly 13,000. That number increases in the summer months with tourists and second homeowners.

The city is near the White Mountain Apache Reservation, which contains the Sunrise Park Resort ski resort with 65 runs – operated by the White Mountain Apache Tribe. North says, “It’s very popular in the wintertime and a well-maintained resort, year-round, and so we enjoy visitors in all four seasons. We do quite a bit of marketing in the wintertime to take advantage of that and to attract additional visitors to the area.”

North says the city has focused on attracting entrepreneurs to the city for more than a decade to grow industry in the area. There are a number of entrepreneurs that have come to the area to start small businesses. A lot of those businesses and industries focus on the manufacturing and sales of outdoor adventure, sports, and clothing, as well as those that produce eco-sustainable forest products, such as Forest Energy Corporation, that makes wood pellets for home heating pellet stoves, long-lasting condensed logs for fireplaces and more.

Since the pandemic started in 2020 and remote work became an option, more people are discovering the quality of life opportunities that exist in places like Show Low. North reports, “Although some communities suffered during the pandemic, Show Low thrived. Now we’re seeing quite a few folks from particularly Phoenix and Tucson and the activity from Southern California is up as well. We’re seeing people move into the area because of the quality of life and, frankly, to get out of the metro areas. A lot of those folks are working remotely out of their second homes or even starting new businesses in the area and so we recognize that, and we are doing our best to try to nurture it.”

Show Low’s retail sales boomed in the last two years – up 18 percent in 2021 and eight percent in the first quarter of 2022. Building permits and home sales were up, as well – 35 percent in 2021 and for the first quarter of 2022 up 26 percent. Although tourism is the city’s largest economic driver, Summit Healthcare Regional Medical Center and its affiliate industry also employs almost 2,000 people and offers a wide range of care options. 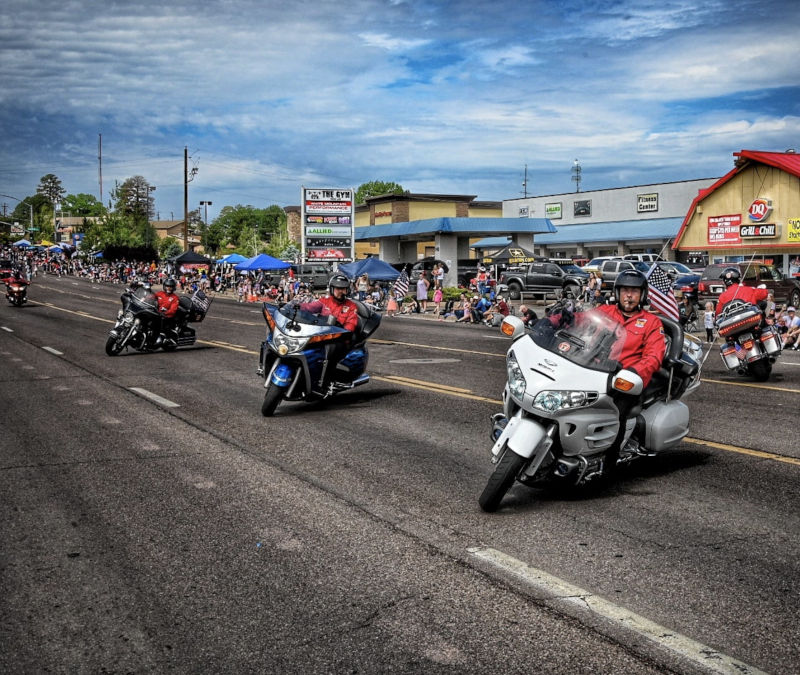 Payne states, “I think we are most proud of our recent partnership with APS. It was a very natural move when this partnership came up – an opportunity for us to say, ‘Yes, let’s do this, let’s install four charging stations for electric vehicles and have it right here amongst amenities that we already know folks are taking advantage of.’ We’re trying to get ahead of the curve. It is an initiative that not only supports visitors and residents, but our local industries as well.”

The chargers are also in an area where most of the local restaurants are located and where many events the city puts on throughout the year take place. Payne adds, “We’re right on our two main arteries for roads and it allowed us to open ourselves up to this whole new driving demographic in the state. To say, ‘Look, we’re aware of your charging needs and we want you to visit us. We want you to spend time here and enjoy the activities, but now you can do it in your electric vehicle.”

The city also runs the Show Low Regional Airport which operates commuter flights to Phoenix, and North says there are many shovel-ready sites for companies who require runway access. They’re also working in partnership with Navajo County and other municipalities to bring more broadband capacity and redundancy to the area. Payne says, “We’re really busting down the impression people have that we are rural and therefore we don’t have amenities, which isn’t true at all. All of this traffic up here really gave good initiative to our county leaders, our cities, and town leaders to invest in the infrastructure for high-speed internet – for the sake of our citizens, our businesses, public safety, and our schools. Northern Pioneer College (NPC) is a wonderful, accredited school that works closely with the high schools to get kids into training programs. These young people take their education very seriously, whether they move into trades or university. We’re building them the foundation for success.”

As a rural city, Show Low thrives on partnerships and has community, business and political leaders who value those partnerships. North pointed out many of the communities in Navajo and Apache Counties collaborate on regional economic development through the REAL (Resources, Energy, Access and Lifestyle) AZ Economic Development Group. Payne says NPC, the Show Low School District, Navajo County leaders, public safety professionals, healthcare professionals, and others make up many of the city’s valued partnerships. She notes, “I do think there’s a large benefit in the traditional sense of us being a rural community, in the sense that these leaders have partnership and comradery and communications as core values.”

In the next three to five years, Payne hopes to see the city continue on its path to modern initiatives as they, “work hard to continue to provide our visitors and our citizens with the most well-rounded life experience possible. We’re trying to support folks in a complete 360 view with their businesses, their lifestyle, industry. Anything advantageous that supports what we love about this community – the beautiful rural nature with city amenities.”

North sees the community continuing as a business-friendly destination, sharing, “This is a great community for people to operate a business in a place where you would vacation. You can leave work and go play out in the woods on the same day and have access to all of the amenities that you’re used to in the metro areas. That’s really how we see Show Low growing as a community.”

Where: In the White Mountains of eastern Arizona

Show Low’s New Airline, Southern Airways, offers seamless connections at Phoenix to American, United, and Alaska Airlines. Flying from Show Low is easy with free parking and quick TSA screening. Avoid the long drives and fly between Phoenix and Show Low! Tickets can be purchased online at iFlySouthern.com or by calling 1-800-329-0485.