A naturally better place to be

Beautiful communities come in all shapes and sizes. Their cachet can be attached to geography and the availing natural resources; it can also reside in the mindset of local leaders who are attempting to bolster a changing city.

Located in Burlington County, New Jersey, about midway between Philadelphia and Trenton, the Township of Willingboro happens to be one of those places where both nature and community leadership come together in one splendid landscape. From its bucolic, agrarian roots to its modern-day diversity of choices in housing, employment, and services, Willingboro has built resiliency into the fabric of local government operations, leaving it much better adapted to the future conditions of life and conducting business.

“We always want our plans to be reflective of what our residents desire, as well as what our future residents desire,” affirms Deputy Mayor Samantha Whitfield. “We’re in the midst of doing a full overhaul of our Master Plan. One of our primary focuses is on infrastructure and making Willingboro more suitable for today’s world.”

Willingboro was founded in 1688 by Thomas Olive, a Quaker who fled his native England due to religious persecution. The community, which originally included what are now Edgewater Park Township, Delanco Township, Rancocoas Village, and Beverly, was called Wellingborough – after Olive’s home town. It was incorporated as a township in 1798 and, in 1959, changed course to become the country’s third “Levittown” – named such after developer William J. Levitt, who pioneered the concept of affordable housing for the working class. Then, just four years later, residents voted to change the name back to their beloved ‘Willingboro’.

“It’s a special place partly because of the history of the town,” shares Councilwoman and former Mayor, Dr. Tiffani Worthy. “Geographically, it’s nestled very nicely to easily access the neighboring communities of Baltimore, MD and Washington, DC. If you want to go north, it’s just as easy to get to New York City, about an hour and 15 minutes, and to navigate the New Jersey Turnpike to go up and down the coast. It’s also a nice place to live because there is such a sense of community. People come together for cultural, sporting, and educational events. Willingboro has been hosting a Jazz and Music Festival for the last 36 years, reuniting people from all over the East Coast – some as far as Florida – to come and experience the smooth sounds of these talented, homegrown musicians.” 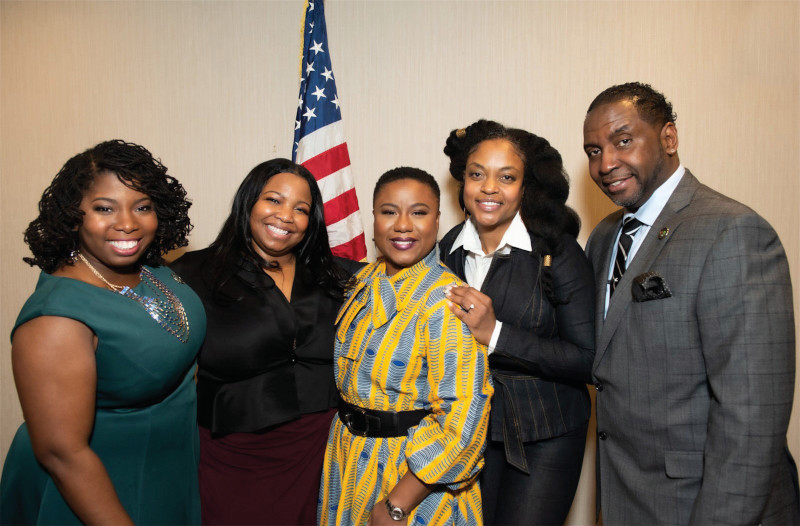 The annual Willingboro Jazz and Music Festival takes place in of one of Willingboro’s largest recreational areas: the verdant 14-acre Millcreek Park. Considered the ‘flagship’ of the town’s park system, its amenities include natural trails, lighted tennis courts, picnic pavilions, and a stocked fishing pond. “Outdoor recreation is alive and well here in Willingboro,” Dr. Worthy mentions. “The town ties into the Burlington County trail system. The county has invested over $2M in a beautiful park, the 105-acre Willingboro Lakes, that we worked together to revitalize. The trail system connects to the larger Burlington County park system and the goal is ultimately to connect it with Mill Creek Park.”

Encompassing over 370 acres of upland and lowland forests, a freshwater lake, and wetlands, Crystal Lake Park is another amenity that brings the whole community together. Known as the Home of Willingboro Trout, the 20-acre lake is a popular local fishing spot for panfish and bass and is stocked twice-yearly with trout by the New Jersey Division of Fish and Wildlife. “People come from all over the county to fish in Willingboro,” Dr. Worthy says. “Our Hooked on Fishing event this past June was a resounding success.”

“Between the parks, the nature, and the pond, I fall in love with this community more and more every day,” Township Manager Mr. Dwayne Harris chimes in. “It’s an absolutely, aesthetically beautiful place. Coupled with the cultural richness that lives here, Willingboro is just a wonderful, hidden gem that I believe the whole world deserves to know about.”

With a healthy population of about 32,000 and “great movement” within the community, Dr. Worthy anticipates steady growth and balanced economic development, in support of infrastructure – namely stormwater and transportation – and small business projects.

“President Biden has made that a huge priority with ‘Building Back America Better’,” Dr. Worthy remarks. “That trickles down to the local level, where so many municipalities’ infrastructure is as old as they are and there hasn’t been enough funding to strengthen or enhance it like they need to, so they can build forward. Willingboro’s strategy has been to revisit its stormwater plans – we just invested a significant amount of money into stormwater management. Mr. Harris has been working diligently with Public Works to organize and reorganize work to make sure that stormwater stays a priority for our municipality. There’s even talk of ‘Adopt a Storm Drain’ becoming a program here, where residents could commit to caring for a storm drain, make sure it stays clear of debris, to keep us from having flooding incidents and other safety hazards.” 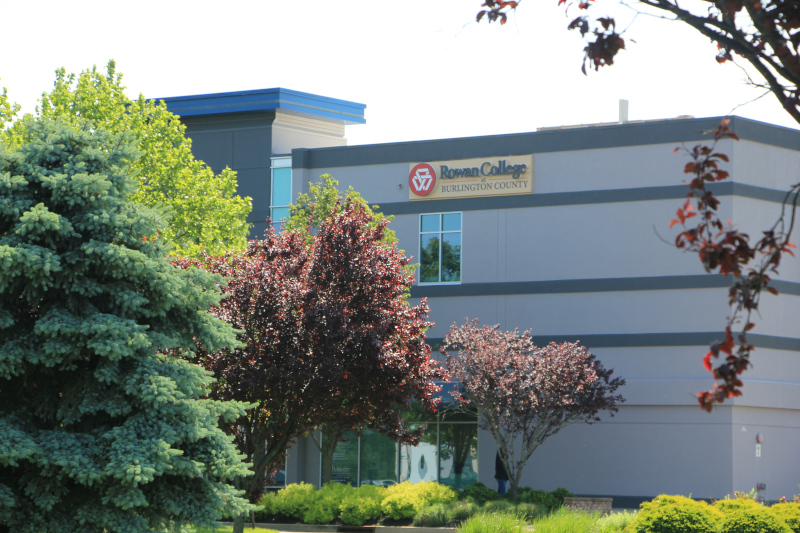 With a hearty number of people choosing Willingboro for its spacious yards and tree canopies, but commuting to larger cities for work, Deputy Mayor Whitfield says that more public transportation and “last-mile” connections, either via bus or river line, are also on the Township’s radar. “There’s been a mix of intentional relocation, where people are relocating from larger cities, and displacement, where, because of rising housing costs in large markets, investors have been buying properties, doing some revitalization, and then renting them out to others. All of these factors combined mean that we have an increased need for public transportation. We’d love to make the community more walkable, with better access to parks and other natural amenities in the town. We want to make things accessible and easy for folks who don’t drive.”

The township is also looking to move vehicle fleets to electric. “We’ve set aside funds for e-charging stations and we’re looking to switch all of our inspections vehicles to electric,” the Deputy Mayor confirms.

“We do have quite a few residents who travel outside of Willingboro to work each day, and then we’ve got the small business owners who work from home, or are able to purchase commercial property here, and therefore work and live in Willingboro,” adds Dr. Worthy. “We’ve had some new businesses open recently, including a vegan and vegetarian restaurant,” offers Mrs. Whitfield. “As people are becoming more health conscious, we need more businesses like these to come in and reinvigorate the town with healthy, holistic alternatives.”

“That’s been an unmet need for us,” Dr. Worthy admits. “We’d love to see something like a Trader Joe’s or a Whole Foods option. I know that the Deputy Mayor has been in conversations with a retailer and continues to have to dialogues about what it would take to bring those types of businesses to Willingboro. We’d also like to be able to expand recreation in Willingboro. We used to have two movie theatres, and now we don’t have any! Ultimately, we’re looking to create a lot more places and venues for people to come to and spend family time together.”

Willingboro’s vacant properties, including some waterfront and lakefront properties in the interior of the town, are currently being eyed for future commercial spaces, marinas, and water sports that would help make the town a destination of choice for locals and tourists, 365 days a year. “Mrs. Whitfield and I grew up here in Willingboro,” shares Mayor Kaya McIntosh. “There used to be a lot of activity. The community was thriving and, at that point, there was a lot of interaction between people, with five grocery stores, two cinemas, and shopping malls. Over the years that’s diminished to where we don’t have that cross-interaction anymore, but we’re looking to reverse that trend. We want to make the community more lively. As a team, as a council, we’re interested in bringing in entertainment and ideas.”

“Some developers would love to turn our town into a warehouse town, but there’s so much more we could use as a community,” Dr. Worthy professes. “This council and this administration are really committed to listening to what the public wants. Mr. Harris also does a phenomenal job of helping us get to “yes”, because some stuff is just hard to do. But I think the residents appreciate the fact that we’re making the efforts to respond to the things that they’re interested in. Most importantly, we’re staying connected with the entities around us – our municipal utilities authority, our school district, our legislators at every level of government – making sure that things stay tied together. To make sure that Willingboro isn’t left out of conversations and that our priorities are being addressed.”

What: A scenic, historic community; population 32,000