Working for a prosperous future

The future is indeed looking bright for Kansas City, Kansas. The city of 152,000, located right in the heart of the United States, is in the middle of a large-scale transformation that includes everything from new housing, added jobs, and a systematic overhaul of the way the city handles its workforce.

A true gem of Wyandotte County, Kansas City, Kansas has seen significant investment over the past decade allowing for considerable development and a well-rounded and diverse economy that continues to grow. But that funding hasn’t always translated to success for the city’s citizens. 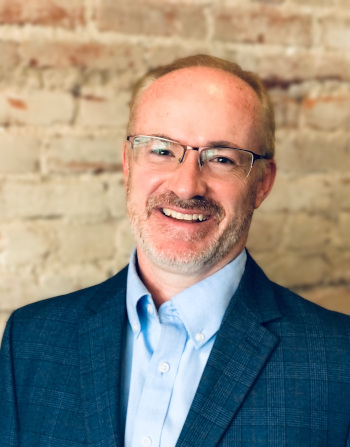 “We’ve had $5.5 billion in investments announced over the past 10 years here in Wyandotte County,” says Greg Kindle, President of the Wyandotte County Economic Development Council. “But the challenge is that our workforce, our citizens, have not always kept up with that economic reality. So, we’ve really tried to knuckle down the last five years to try and look at how we connect our residents to the jobs that we’re creating. We are among the highest wages paid in the state of Kansas, but we’re in the bottom quartile of median household income. So until we get the imbalance put into place, we’re going to continue to see this generational poverty occur.”

To combat that imbalance, Kansas City staff have put a major focus on what they call “workforce solutions” to help residents take advantage of the jobs and benefits being introduced to the city. “It’s really five key areas that include post-secondary education certifications, childcare, transit, language, and criminal history,” says Kindle. “We think those are core to raising our median household income and moving the dial on more holistic economic development.”

The Wyandotte Economic Development Council has tailored its focus onto census districts that have higher concentrations of poverty to find ways to help move that median household income up a notch.

“That’s part of the effort we’re putting in – with education and transportation and new housing – to bring in jobs to build sustainable neighbourhoods,” says Kansas City Mayor David Alvey. “That is going to sustain us financially as a city and also grow the wealth of our families. All these things working together ultimately builds a city made up of prosperous families.” 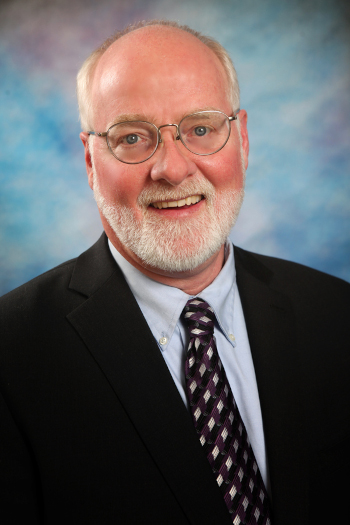 Located at the border of Kansas City, Missouri, at the confluence of the Missouri and Kansas Rivers, the city is ideally located to support a variety of industries. It is part of the larger regional Kansas City metropolitan community that has a population of more than two million, and offering a diveryarsity of economy. Kansas City, Kansas is home to a General Motors plant that manufactures the Malibu and Cadillac XT4, a Kellogg’s food manufacturing facility, a Pentair factory that manufactures pumps, as well as two Amazon facilities and an Urban Outfitters distribution center that is currently under construction.

The city’s major industries also include logistics companies, thanks to its significant highway infrastructure, as well as a bustling healthcare sector. “We are constantly looking at the diversity of our tax base, the diversity of our jobs, to meet the needs of our folks and the training levels as well,” says Kindle.

Helping the city meet its workforce development needs are Kansas City Kansas Community College and Donnelly College, both located within the city. Alvey notes, “They are both really valuable in offering a lot of training in the trades and technical skills.” The city has worked directly with Kansas City Kansas Community College and local businesses to identify workforce needs and help tailor programming to those needs. Kindle explains, “Dr. Greg Mosier (KCKCC president) and his team have been very helpful in utilizing that data and creating programs like a preventative maintenance program, which is tied to the logistics industry. We are also working on an advanced manufacturing technology program so that we can meet the technician and maintenance needs of our manufacturers.”

KCKCC is also part of a state-wide initiative called FAME – Federation for Advanced Manufacturing Education. “They are a key driver for this program that is going to roll out here in the state of Kansas,” says Kindle. “It stems out of Toyota and the models that they brought to Kentucky and South Carolina many years ago that we want to bring here and have it driven by the companies. They’ll be working with KCKCC on that hands-on training, the internship program, apprenticeship programs and then tying that back into the school districts.”

Both post-secondary institutions are working hard to ensure they reach populations that need their training the most. Part of this includes a proposed $70 million, 130,000 square-foot downtown KCKCC campus. Alvey reports, “They’re looking to come downtown because they’ll be closer to a population that has more difficulty accessing that kind of technical training.”

Donnelly College, a Catholic college, primarily serves students who come from families below the poverty line. “It’s a significant force for economic development, bringing these people in and improving their skill levels and allowing them to get into higher paying jobs,” says Kindle.

To support their expanding workforce, Kansas City, Kansas has a diversity of housing stock available, and they are also seeing an increase in new-home development. According to Kindle, “We’ve got some developers that see there is a lot of opportunity to meet that attainable housing, workforce need in the community. At the same time, we’re seeing traditional multi-family homes being built fairly high-end along the river.”

The city has a big initiative to help activate the riverfront area with its Yards II project – a $50-million investment that will see multi-family development, as well as a retail access point along the riverfront at the site of former stockyards. A similar development – Yards I – is located on the Missouri side and Yards III is already in the works for Kansas City, Kansas. Alvey explains, “That’s going to be centered next door to the Rock Island Bridge, which was built over 100 years ago as a railroad bridge to carry livestock. We’re going to redevelop that and cantilever off the bridge to provide entertainment space and a trail across to connect the trails on both sides of the river. It will be an entertainment district in and of itself.” 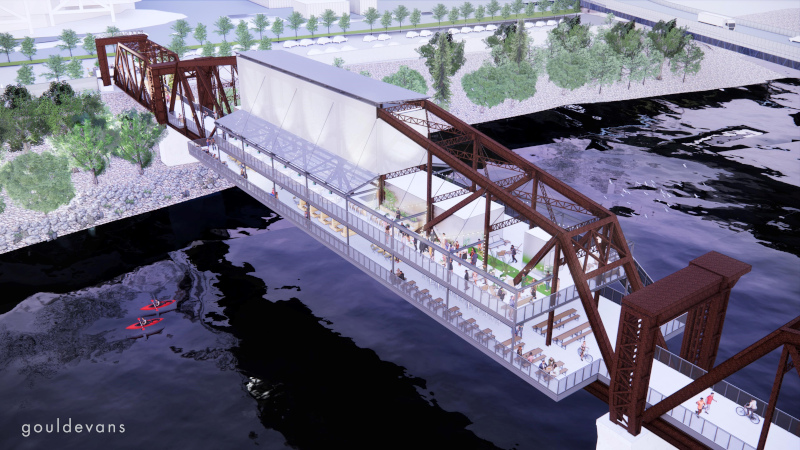 Even in areas where housing stock is low, the city is making a big push to change that. Older neighborhoods on the east side of I-635 and downtown have been in decline for years as a result of the city’s redlining legacy. Alvey admits, “Those neighbourhoods that were redlined had a harder time accessing capital either to build new or to renovate, and so the housing and commercial stock declined and became blight.”

Many of those structures have since been demolished, with land sitting empty. The Kansas City, Kansas-Wyandotte County unified government currently owns more than 4000 properties in its land bank, with 10,000 vacant properties owned privately. The city has begun an initiative that they are hoping will spur new development in the area, while making use of the existing infrastructure. “We have to close the delta between what it might cost you to build and what it might appraise for,” says Alvey, “and we are gradually doing that.”

To do so, the unified government has worked with the municipally-owned Board of Public Utilities to eliminate the charge for new connections to power and water, and the unified government won’t charge a sewer hookup fee. To help ease the blow of rising property taxes due to an increase in property value, 95 percent of property taxes on those properties will be abated for 10 years. Alvey states, “We’re doing everything we can to make it easy for investors to come in and build new; to market those homes and bring people back to the areas that have been depopulated.”

All of these improvements to the city wouldn’t be possible without a strong team behind the city and county’s unified government. “It helps to have everybody always on the same page,” says Kindle. “Of course, we have disagreements… I do think that you have to have elected officials across the spectrum that even when they aren’t agreeing on every policy decision or every economic development project, there is agreement on the core principles. I believe our unified government works well in that regard.”

WHERE: Wyandotte County, Kansas at the border of Kansas City, Missouri

Workforce needs continue to increase at a rapid pace. Each year, employers need workers who are more technology-centric, who think more critically, and have advanced communication skills to compete in today’s global economy. With thousands of high paying jobs added to Wyandotte County annually, this holds true more today than ever.

Kansas City Kansas Community College understands the value and synergies public-private partnerships provide to not only educate and train the workforce of the future, but to promote prosperity, improved health, economic and social-mobility to parts of the county that have been in decline for decades.

With approximately 50% of the downtown population having only a high school education and only 10% having a two-year degree or higher, bold action is required. Offering ESL, GED, academic and advanced technology programs, KCKCC’s vision is to rebuild our community from within, eliminating generational poverty, and providing hope and opportunity for all involved.  209 words, 200 word limit.

The new diverging diamond interchange at I-70 and the Turner Diagonal, made possible through public-private partnerships, is driving economic growth and transforming the lives of those in the community. This transformative project will bring both immediate and long-term economic growth to the community by creating roughly 2,500 jobs, improving access, travel time and safety, providing pedestrian and bicycle access, and growing the tax base to better community services.

Black & Veatch is an employee-owned global engineering, procurement, consulting and construction company with a more than 100-year track record of innovation in sustainable infrastructure. Since 1915, we have improved the lives of people around the world by addressing the resilience and reliability of our clients’ infrastructure assets.

In less than 15 years, we grew from a start-up to the largest HVAC / Refrigeration service contractor in the Kansas City area. How?  By DESIGN!  Our design process and decades of experience in the HVAC / R industry is remarkable.  But it starts with the design of our founding vision: To raise the bar in our industry and attract the best people, best customers and redefine best practices.

Judging from our growth, we seem to be on-track!

Manage your business, not your HVAC and refrigeration contractor.

For over 20 years, CHWC has worked to stabilize, revitalize, and reinvest in Kansas City, Kansas by creating over 500 high-quality homes and vital neighborhood amenities. CHWC works alongside our neighbors to build thriving neighborhoods with housing and economic opportunities for all Wyandotte County families.

Since 1949, Donnelly has made private, Catholic college education accessible, especially to those under-represented in higher education. Annually recognized as one of the most affordable and diverse U.S. colleges, Donnelly offers extensive student supports, bachelor’s and associate degrees and nursing programs at its urban KCK campus, which just underwent a $30 million renovation.

Now that we’re nearing the end of...