“Planning our future together”

The city of Trussville, Alabama is a great place to call home. Located along the banks of the Cahaba River, just 15 miles outside of Birmingham, the vibrant, business-friendly community is full of history, tree-lined streets, and plenty of opportunity for its almost 20,000 residents. 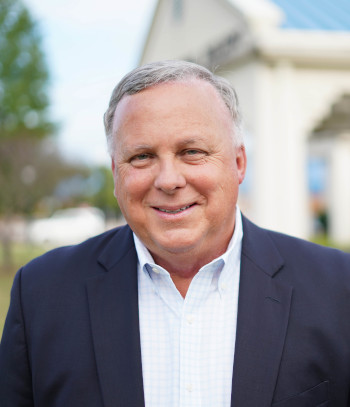 Settled in 1821 by Warren Truss, the area was first incorporated in 1947 and obtained city status just 10 years later. Today, it’s one of the Birmingham region’s most rapidly growing areas, seeing more than 500 per cent growth between 1980 and 2010 alone. “Trussville is one of the fastest growing cities in the State of Alabama,” declares Trussville Mayor Buddy Choat. “With our next census report I feel like our population will probably grow by about 20 per cent or more since the last census. We expect to be around 25,000 people as a city.”

That growth is no surprise, thanks to the many amenities the city has to offer. First, is its school system, which is rated one of the top 10 school districts in Alabama. The city is home to three elementary schools, a middle school, and a high school, with approximately 4,800 students enrolled across the board. “That has contributed to a lot of our growth,” explains Choat. “We have got a lot of young families moving to Trussville for the school systems. We are also one of the top-rated athletic programs in the state of Alabama. We have won the state championships recently in girl’s softball, boys baseball, and we are always competitive in other sports such as football, cross-country, track, soccer, volleyball, and tennis. Athletics and academics are important in our school system and doing quite well.”

The city is also home to many successful businesses, including Amerex Corporation. “Amerex is an internationally known distributor of fire extinguishers all over the world and they are the largest private employer in town,” says Choat. “They have been great partners for the City of Trussville.” There are also 75 restaurants, four major shopping centres and a growing industrial park that is currently home to nearly 30 businesses and counting. Economically, many of the city’s businesses are thriving, even despite the ongoing COVID-19 pandemic. Choat acknowledges, “Unfortunately, several businesses have not been able to survive, but the overall business climate in Trussville is solid right now. Our sales tax revenue for the year actually exceeded last year, even during the COVID period.”

Continued business growth is a key component of the city’s four-year plan and the focus will be concentrated on attracting and encouraging more businesses to locate within the city. Choat is confident that the city’s many amenities will do the trick, noting, “We have a lot of people that live here and we would like to have people working here and seeing what we get to enjoy every day.”

Trussville citizens do have a lot to enjoy. The city boasts many community groups and recreational opportunities to keep people active. Residents and tourists alike can walk or jog the Greenway – a two-mile series of walking and jogging trails along the historic Cahaba River – visit one of the many playgrounds, or take a dip in the community pool during the summer months. In addition, the city has a 128-acre multi-sport and multi-use sports complex that can be used for baseball, softball, football and soccer. For ages 55 and up, the Senior Citizens’ Activity Centre offers daily classes and activities for its more than 500 members. Trussville also has a gymnastics program, led by an experienced competitive gymnast who has a combined total of seven NCAA All-American honours. “That program is growing leaps and bounds and we are exploring the idea of building a brand new gymnastics center,” says Choat. “It would be a state-of-the-art facility that would allow us to host state and regional meets. 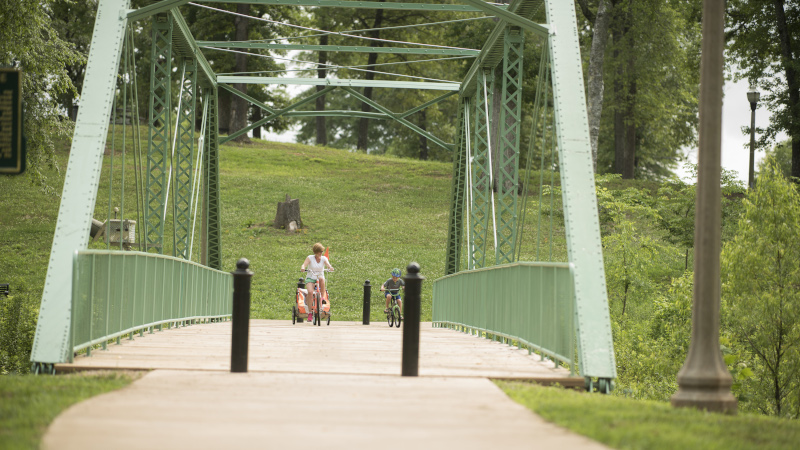 And things are only getting better. Work is almost complete on a downtown redevelopment plan that encompasses 12 square blocks. When finished, the area will be a family-friendly hub of entertainment, dining and shopping. It will consist of a 23,000 square-foot brewery restaurant, and a state-of-the-art stage with a pavilion in the middle that will be surrounded by two more restaurants. The development will also include retail and commercial use, as well as some condominium opportunities. When complete, it will be a tremendous economic boost for the city, and a destination point for people who live outside Trussville.

The downtown redevelopment is being overseen by TURNERBATSON Architects, an architectural and interior design firm out of Birmingham. “We have worked with Dave Reece (President of TURNERBATSON) and his team for years,” Choat shares. “They are also doing other work for some new businesses coming to town. We’ve got a new church that is being built that they did the design for. We’ve got new businesses, new office spaces, and we are just really excited with our relationship with TURNERBATSON.”

In addition to the downtown redevelopment, the City of Trussville has also engaged in two major infrastructure projects that will allow citizens to bypass US Highway 11, which runs through the middle of the city and is often the source of traffic woes. Drivers will have options to avoid the main congested areas, thanks to a Loop Road Project that is being planned to come from the north side of Trussville into downtown. Two roads will be built within the next two years that will hopefully alleviate some of the traffic congestion in the core area.

Detours caused by the downtown redevelopment project had the added benefit of giving Trussville citizens an idea of how the new loop roads would help with traffic flow around the area. “The citizens really could understand the difference it will make as far as the congestion,” says Choat. “And they bought into it. I think there is a lot of excitement for us to get this project done.” Birmingham’s leading construction company, Dunn Construction was hired for the paving on the project. The company has been a fixture in Trussville’s construction projects for years. The Mayor reports, “We have a wonderful relationship with Dunn. We have kept them busy over the past four years and even prior to that. They have been great corporate partners for us. As busy as they are, they always tend to have time for Trussville and we just feel like we are very fortunate to have a good working relationship with them. They fit our needs and are always willing to help when they can.”
On the housing front, Trussville runs the gamut from large, sprawling estate lots to smaller ‘garden home’ lots, so there is something for everyone. But don’t wait too long to put in an offer – the housing market moves quickly. “One thing we sell people on is that the housing market is affordable, but there is a shortage,” Choat admits. “A lot of homes that are on the market rarely stay there very long… the housing market is good and strong in Trussville right now.”

Trussville has seen much recent growth, and that will continue by design. The city has just completed its 20-year strategy called “Planning Our Future Together.” Using input from more than 200 citizens, plans were made to see improvements in education, infrastructure, jobs, community development, intergovernmental relations and more. One of the goals over the next few years is to create an educational corridor that would provide educational and training opportunities for citizens of all ages and groups. Plans include constructing another elementary school and a fourth fire station. And the city also expects to hire an economic developer to work with the industrial park and industrial board to recruit more businesses. “We’ve got great community support for what we are doing in Trussville,” Choat declares. “But there are always challenges moving forward and we have a plan to address that.”

WHAT: A rapidly growing city; population 19,933

WHERE: 15 miles southwest of Birmingham, Alabama