Every possibility under the sun

For all its challenges, the first year of the pandemic shone a spotlight on the events sector and the critical role that innovation can play as both an economic driver and problem solver, particularly in times of uncertainty. The entire events industry seemed to tilt off-axis, with live shows, entertainment, and installations spiraling into an unrecognizable abyss. For WestWorld of Scottsdale, the Arizona city’s premier equestrian and special event facility, this was a moment that exacted agility and flexibility at all operational levels. 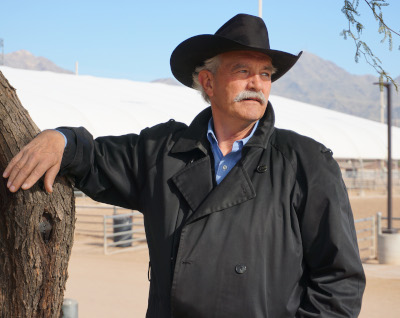 In the words of General Manager, Brian Dygert, it was “an interesting journey” that required “long and hard and continuous work” but ultimately helped to define a clearer vision for growth. “WestWorld is not a business that you can do remote,” he says. “It’s hands-on. It’s events! You have to be there. But in 2020, the question became, what was that going to look like?”

So, they leaned on one of Arizona’s best bets – the year-round sunshine – and used that natural capital wisely to ‘weather’ some of those COVID-19-related downturns. “One of the things that’s very different about Scottsdale is the fact that we have 300 plus days of sunshine and blue skies,” Dygert reports. “We’re in high desert, so it doesn’t rain much here. A lot of North America doesn’t get to enjoy that luxury. We don’t have hurricanes, tornadoes, hail, or snowstorms. We don’t have earthquakes or volcanoes. We’re blessed with this lovely climate and that makes the assets at WestWorld even more productive than what you’d see at similar venues.”

He offers the example of Toronto’s Royal Agricultural Winter Fair, much of which takes place indoors in the livestock arenas and other enclosed exhibitor spaces. “They’ve got lots of buildings and lots of parking,” Dygert continues. “We’ve got parking lots, too. But our parking space easily gets turned into event space because we have dependable sunshine and basically predictable weather.”

WestWorld sits on 386 acres at the base of the McDowell Mountains, unlocking near-limitless possibilities as far as event formats and configurations. Meeting and event facilities available for rent include the covered Equidome with seating for more than 3,300, a 120,000 sq. ft. multi-use tent, a 120,000 sq. ft. climate-controlled space, a 10-acre turf area, and the Monterra catering facility. The complex annually hosts the Barrett-Jackson Classic Car Auction, as well as conventions, trade shows, concerts, and equestrian shows.

“Two hundred and eighty six of those acres belong to the federal government,” Dygert shares. “About 15 years ago, the city bought 100 acres directly attached to it. They did that over a little bit of time. So the history on WestWorld is quite unique because it’s a city asset. They own and operate it but two-thirds of it are sitting on federally-owned land.” The arrangement is long-term, with the City of Scottsdale having signed a 75-year land lease (a 50-year lease with a 25-year renewal.)

This special, if somewhat unusual agreement is a workaround for the fact that the Central Arizona Project (CAP), a primary water supplier, manually manipulates Colorado River water through this part of Scottsdale. “It’s where the CAP canal comes through the city that they have a land lease on the North side,” Dygert explains. “That land was created by the United States Army Corps of Engineers to protect the canal so that you wouldn’t have catastrophic issues with the water supply. Today, the city has a recreational lease on it and we have three major league golf courses on that primary stretch. WestWorld started a community horse park in the 80s, it used to be called Horseman’s Park, and the reason it could grow was because the typical economic threats didn’t exist thanks to the land lease between the two governments.” 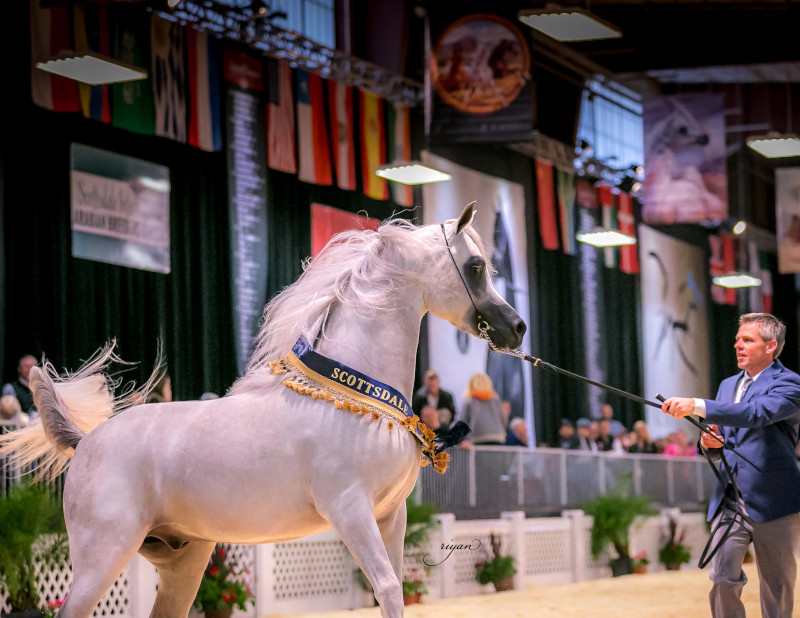 March-April and October-November are WestWorld’s busiest months, with equine competitions making up about 45% of their total business. They have a significant focus on the horse realm with 1,336 stalls on site, as well as 10 permanent arenas, plus another two that can be installed. This past March, WestWorld had the Scottsdale Arizona Sun Circuit, which is the largest Quarter Horse circuit in the country. They ran 11 competition arenas with 2,400 horses over two weeks.

WestWorld hosts around 12 events monthly, which averages out to between two and four events per week. “We function on a weekly basis, with a higher focus on Thursday through Sunday, which is when the bulk of our event activity happens for the obvious reasons,” Dygert says. Monday through Wednesday are “turnover” days where WestWorld readies its spaces for the next event or function. “Just like the hotel business, you’ve got to clean the rooms and switch out the bedsheets, so we do all that same stuff, but on a very large scale,” adds Dygert.

The WestWorld property also has a large RV component, with a number of hook-up sites scattered throughout the complex, oriented around various arenas and venues. “We have over 400 RV slips, which are parking spots that have water and electric,” Dygert says. “People could just be driving through in an RV and decide to stop and lay over and use it, but the focus here is event support. Over the last couple of years with the pandemic, RV sales on a national level have been extremely high because people quit flying and they quit doing hotels, so they started buying RVs and staying on the ground.”

Along with the RV campground, what’s made WestWorld more resilient to the pandemic’s slings and arrows has been a rather ideal distribution of indoor and outdoor assets. “The choices to do events in a different format were abundant,” Dygert affirms. “Back to being in Arizona, where the sun always shines and the weather is dependable, that made things like asking event producers to look at different ways of putting on their event a whole lot easier. Even those events that were highly dependent on the arenas – you could change the way you congregated people inside.” 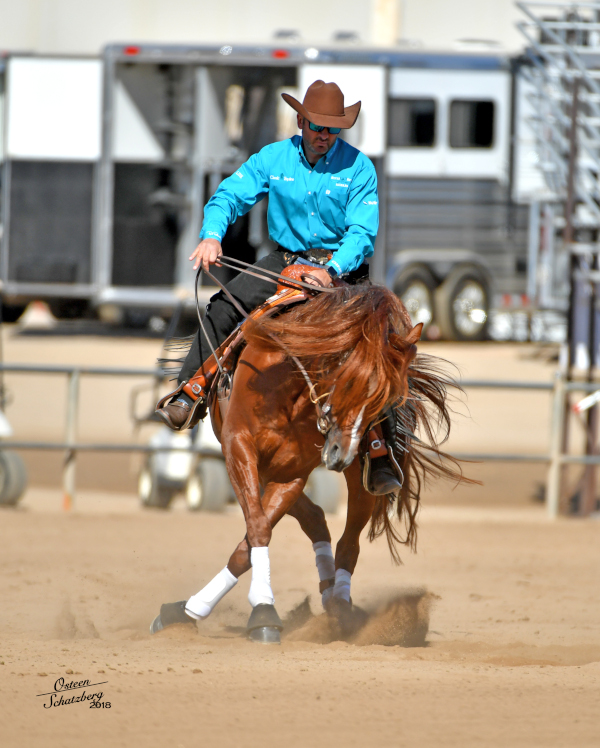 WestWorld built its last big capital asset, the Tony Nelson Equestrian Center, in 2014. It was a two-year project to erect the four-building structure and, with a bit of foresight, it was designed with air quality in mind. “It works in two formats,” Dygert explains. “It’ll serve the horse world to the east end of the property, but you can turn it around and make it a commercial, high public assembly to the west end of the property. So, this building created a new hub in the way that the venue operates. We’d already experienced what air quality was like at these horse shows during the four to five months of wintertime, in two-thirds of North America… at the Royal Winter Fair in Toronto or the American Royal in Kansas City. Well, WestWorld faced the same air quality challenges, just on the other side of the weather dial. Instead of trying to make things dry and warm, we had to stay cool and shaded. And that’s exactly what we did when we built the Equestrian Center.”

When COVID-19 hit, WestWorld’s engineering team introduced an ion treatment, the same technology used in hospitals and operating rooms, into their air handling systems. They were able to act swiftly because their existing setup was already geared towards atmospheric quality. “The second thing we did was to put disinfecting UV treatments about eight feet inside those buildings,” Dygert adds. “That was a huge factor that enabled our event producers to stay productive, without creating a biological problem. We never had an outbreak.”

In 2020, the League of Agriculture & Equine Centers named WestWorld “Facility of the Year” at its annual symposium. This year, on January 18th, Dygert was inducted into their Hall of Fame in recognition of his nearly three decades in the equine management industry.

“WestWorld’s future is extremely bright, especially now that the facility’s threats have mostly been tended to,” Dygert shares. “That doesn’t mean we can stand still. But what’s in the cards, I think for the entire events space, is more and better. Unfortunately, on an economic level in North America, the situation reminds me of the late ‘70s, early ‘80s when we had the cash shortages. Different causes, but you’re still seeing the same economic wheel turn. What that’s going to mean when you’re talking about recreational functions like what we do – that I can’t predict. But I’m confident we’ll all be fine. It’s part of that bigger cycle. And WestWorld is in a great position, trained and knowledgeable, to be able to service that entire sector of the industry extremely well. So, I see it as being bright.”

What: A premier equestrian and special event facility