Village of Westport, Ontario – “The heart of Rideau Lakes”

“The heart of Rideau Lakes”

Business View Magazine interviews Robin Jones, Mayor of the Village of Westport, Ontario, for our focus on Economic Development in Canada

When you think about a village with less than 1,000 people, it may conjure up thoughts of a sleepy little place with not much going on… but nothing could be further from the truth when it comes to the Village of Westport. This little village is a hidden treasure in eastern Ontario, on Upper Rideau Lake at the head of the iconic Rideau Canal, making it a beautiful destination for travelers by boat or by car.

Westport is a special place with people who are warm, genuinely welcoming, and have hearts of gold. they go to great lengths to take care of one another and their village. That spirit has helped create a thriving, walkable community with the amenities needed to enjoy rural Ontario in all its glory, plus some big city benefits. Westport Mayor Robin Jones recounts, “When people ask us to describe the village, most people come up with the word “home” – it’s about the attitude of the people who live here, and the attitude of the business people. we are a small village; however, we are the hub of the area.” 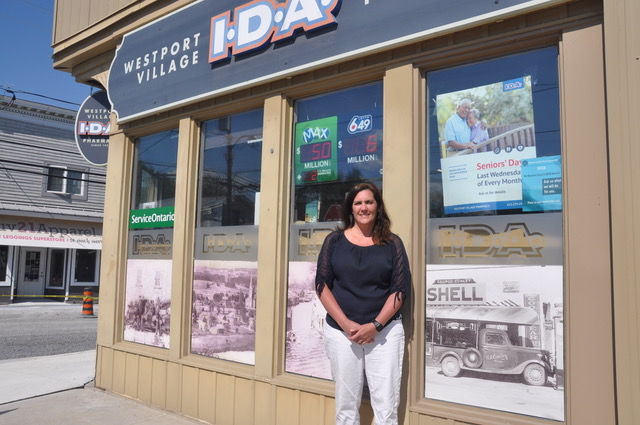 Westport is the smallest incorporated village with municipal water and sewer in Ontario and has a year-round population of about 600 people. But it is the nearest town for many people who reside in the surrounding rural area of Rideau Lakes Township. The community’s location 40 minutes north of Kingston and 75 minutes from Ottawa make it perfect for urban dwellers to leave it all behind and relax on the water. Many people own three-season cottages on the Upper Rideau Lake, leaving the village docks busy but well managed, and the downtown bustling with shoppers, diners, and tourists. “It’s really appealing for people to come for a day or a week or to move here,” says Jones. “Westport is business-friendly, and we are very welcoming as a community – for tourists and for people who want to live here.”

A very walkable community, only about 100 steps separate the harbor from downtown Westport and the local grocery store, bank, the LCBO, the Beer Store, and just a little further to restaurants, pubs, and a beautifully landscaped public park with a baseball diamond, basketball court, and playground. The downtown and park offers free wi-fi to everyone, and fiber optic cable is currently being installed throughout the village and the surrounding area, connecting homes and businesses to high-speed access.

Although the village is small, it is growing at a good pace. Over the next 10 years, Westport’s residential inventory will double, with about 25 homes going up this year. Stephen Rolston, who owns Land Ark Homes, is in the process of developing the new subdivision called Watercolour Westport. The Mayor notes, “He is committed to maintaining the feel of Westport and plans to build homes that fit in with the existing architecture. Planting trees in the Watercolour Westport neighborhood is a key part of the strategy to steward the environment, and to blend new Westport with the beauty of the tree-lined streets in old Westport.”

Jones and her Council and staff have been preparing for Westport’s growth with improvements to the water and wastewater treatment plant that started in 2015. About 25 years ago, the village put in a freeze crystallization system to deal with the wastewater. It worked on the same premise that ski resorts use to make snow. The effluent in the lagoon was turned into ice crystals, but the temperature needs to be low enough to make that snow. The temperature in Westport no longer drops low enough to deal with the effluent, so they had to ship it to other towns – at a cost of $1 million over three years. Government grants were offered to the village, with the province paying $2.7 million and the federal government paying $1.45 million. Westport, itself, covered the other $2.1 million to build a large subsurface disposal system, which operates like a septic system’s weeping tile, and is closely monitored by the Ontario Ministry of the Environment, Conservation and Parks. This innovation has saved the village almost $80,000 annually in hydro costs, and Rideau St. Lawrence, the local electrical distribution company, has given them $90,000 back in incentives for their efforts. 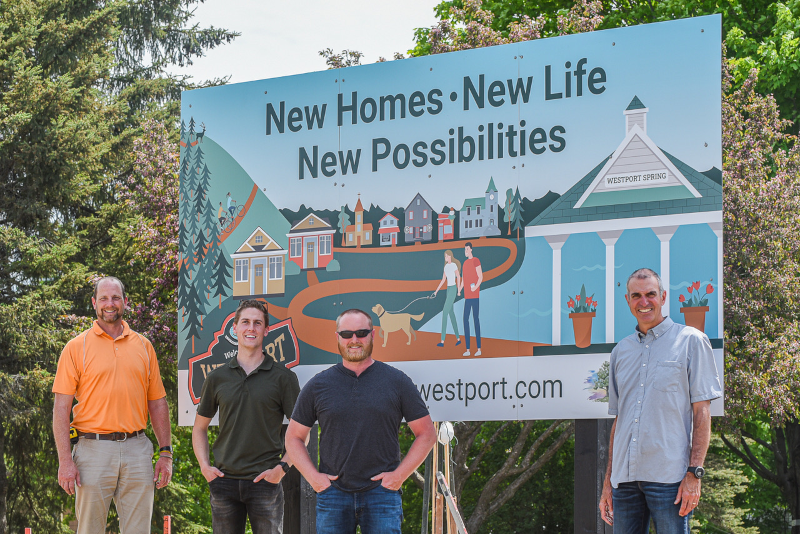 The village was first settled in the 1800s, and with the Upper Rideau Lake lending itself for easy shipping and receiving, it took off as a successful mill town. In fact, the mills were so busy along the waterway that an entire island was created out of sawdust in the river. Jones explains, “It’s called Goat Island and, quite frankly, I don’t know how the goats got on to Goat Island, that’s just a mystery to me, but it’s a lovely, lovely place.” The island is now part of the harbor and used as a picnic site for residents and guests who can easily access it by a walking bridge from the mainland.

The harbor is a busy spot for boaters but, although it has annual slips available, it is not a marina. Jones acknowledges, “The attendants do their best to make sure people get the same slip every year, but that’s not always possible. Throughout the pandemic, the harbor kept running as smoothly as possible with attendants making sure all those who docked were given a COVID-19 assessment and the temperatures of all those on board were taken. We found everybody was cooperating… the feedback we got at the end of the season was how important it was that the boaters feel safe when they come in.”

That care was not only shown by village employees, but also by local business owners like Tracey Phillips, owner of Westport Village Pharmacy. Jones boasts, “She’s awesome, she really is. I count my blessings that Tracey came to Westport. She is so centered on her people. Some people may call them customers and clients but to Tracey, they are her people.” When the pandemic hit, Phillips made sure to get people what they needed by either curbside or delivery, and when Jones needed help getting a COVID-19 vaccination clinic set up in Westport, Phillips offered her services and expertise without hesitation.

The village is an activity hub for surrounding townships and for many years one of the main thoroughfares, Bedford St., was considered one of the worst in the area. But thanks to the village receiving a provincial grant for $1.8 million, the improvement project is underway now. Jones says, “Even with the gravel on it, many people have said it’s in better shape now than it was before.”

Westport residents are dedicated to seeing the community prosper. A prime example was when a group of people came together to form the Friends of the Arena to help raise funds to update the arena for the local youth who play hockey and figure skate. They raised over a quarter of a million dollars to retrofit the arena with LED lighting, new energy efficient heaters, a new dehumidifier, replaced the centre ice score clock, insulated the exterior walls, replaced compressors and brine supply header pipes, and many other improvements and upgrades. Additionally, they contributed their time to complete much of the labor. Jones knows how much those volunteers mean to the community and says, “They are the backbone of our community. The volunteers are near and dear to our hearts.”

The village has made many improvements to stabilize, solidify, and update its harbor docks. Luckily, being at the headwaters of the fabulous Rideau Canal, flooding isn’t an issue. Looking ahead, Jones hopes to see Westport continue to thrive and visitors continue enjoying the village and the Upper Rideau for years to come.

“Rooted in the beginnings of “Watercolour Westport” is a vision for a greater life. Deciding to build a new community in Westport, Eastern Ontario’s premier waterfront village, has been a labor of love. No one arrives at a destination without planning and purpose and ours began over 20 years ago, when my wife Diana and I arrived in this area of astounding natural beauty and co-founded the nearby community of Badour Farm. Our vision is simple – to craft a purposeful community bettering the lives of all who reside here. Land Ark Homes, winner of America’s Best Builder Award, is honored to be a partner in enhancing this remarkable, cottage-lifestyle village. This net zero energy ready community combines the architectural beauty of Westport’s historic homes, and the environmental stewardship of new energy efficient homes built to last for generations.”

Where: 40 minutes north of Kingston, 75 minutes from Ottawa, Ontario

Ready to escape dense urban living? New Homes in Watercolour Westport are in the heart of cottage country, without sacrificing access to amenities. These Net Zero Ready homes will be better in comfort, better in design and measurably better in performance. A healthier life in a remarkable place, for generations to come.