Town of Payson, Arizona – The secret is out

The secret is out

Nestled in the heart of Arizona is the historic Town of Payson. Completely surrounded by the ruggedly beautiful Tonto National Forest, Payson was originally named ‘Green Valley’ after being founded in 1882. When Illinois Representative Lewis Edwin Payson helped set-up the first post office in 1884, grateful residents changed the town’s name to ‘Payson’ to thank him. It was also during that year the first rodeo was held and now has the impressive reputation as being the “World’s Oldest Continuous Rodeo.” It’s just one of many community-wide events hosted each year to bring residents together. In Payson, there’s always excitement around the corner!

“Payson is beautiful, especially being centrally located in Arizona, only 90 miles north of Phoenix,” states Joe Klein, Founder of Axis Culture Group, Payson’s marketing agency. “As far as being a business owner here, it’s a community that is loyal to hardworking and honest business owners. That’s what we’ve seen. The impact small businesses have on our community is huge in this town; people just show up and get involved. They step up to help our businesses grow, which in turn impacts the community whether that’s supporting the Payson Unified School District or some of our local non-profits. That’s the key to success in this town – giving back to the community. In my opinion, having our residents show up and participate, makes it fun to run a business here.”

This close-knit community of 16,000, anticipates future growth over the next several years. Like many of Gila County’s other municipalities, there is a general plan detailing where expansion should happen and how it should progress. “Our Payson General Plan discusses growth areas within the town where infrastructure or capacity already exists,” details Sheila Deschaaf, Deputy Town Manager. “We have areas that aren’t built out yet; our anticipated build out number is about 45,000 residents. Payson is a water and commercial resources hub for about 27 outlying communities. Only three percent of land throughout Gila County is privately held. Those private holdings make up several satellite communities, which also rely on Payson for amenities such as churches, schools, groceries, etc.” The largest employers are the town government, Banner Payson Medical Center (the local hospital), and the Mazatzal Hotel & Casino. 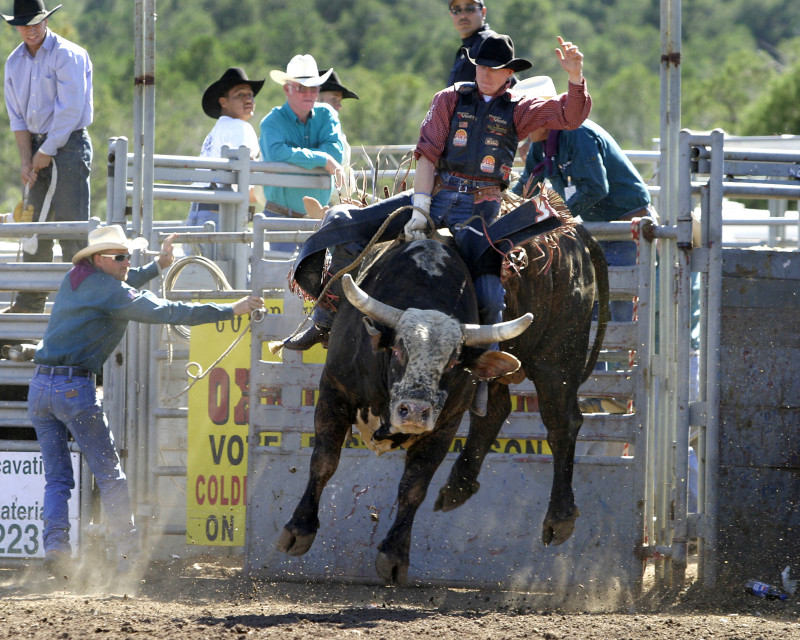 With its population steadily on the rise, Payson’s housing inventory must be too. Deschaaf reports that from 2010 to 2012, a private developer completed a land transfer exchange with the United States Department of Agriculture (USDA) Forest Service, for approximately 222 acres of land near the Payson Municipal Airport. Now called the Montezuma Castle Land Exchange, it’s a mix of planned housing including both single and multifamily units, as well as commercial and industrial developments. Construction on the project just started. Deschaaf also stresses a need for affordable housing. In the past, the town has sought out public-private partnerships, like the non-profit organization Foundation for Senior Living (FSL), that can bring this type of housing to the community. There has also been a demand for more workforce housing. “We have folks who are police officers, nurses, etc. who need reasonable living arrangements.  So, we want to continue partnering on projects that can provide that,” Deschaaf adds.

In fact, a large portion of the town’s Build Back Better (BBB) Regional Challenge grant application focused on the possibility of finding projects that include workforce housing units. Deschaaf and her team also requested additional funding for the current developments underway. Payson’s BBB application was completed in partnership with the Rim Country Regional Chamber of focused on several different aspects of business such as development, retention, and workforce. “Our application also included some infrastructure because we want to have shovel ready sites available for companies actively looking to relocate here,” says Deschaaf. The town’s application was one of approximately 530 that were submitted to the U.S. Economic Development Administration (EDA) by October 29, 2021.

Although some of the other applications included water infrastructure, Payson’s didn’t because the community already has a sustainable water supply. “We’re a rare gem in the American southwest,” exclaims Tanner Henry, Water Department Manager. “We have a robust aquifer along with the C. C. Cragin (Blue Ridge) Reservoir and groundwater recharge from our wastewater system. With all the water shortages in the Colorado River, the Town of Payson is in good shape, which is unique.”

Throughout Arizona, the community sets a high bar for water innovation, which helps draw new businesses to the area. Unlike most other towns, Payson doesn’t operate a wastewater treatment facility. Instead, it has a cooperative agreement with Green Valley Water (GVW). According to Henry, “We take their reclaimed wastewater effluent and put it into an urban lake, Green Valley Park, in the middle of town. That water percolates through the lake bottom before flowing back into the aquifer; then we pick it up and use it for groundwater resources. It’s great because the lake is even used for urban fishing. It’s one of only three lakes in the state with Apache trout.” 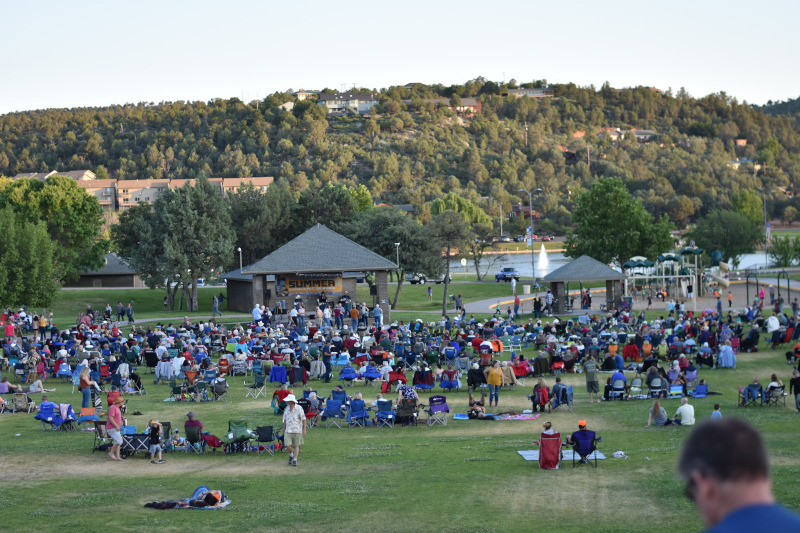 Summer music in the park

In addition to Green Valley Park, there is a new project underway on the other side of town. The Rim Country Educational Alliance (RCEA) acquired 260 acres from the USDA Forest Service with the goal of bringing in a university. There is already Gila Community College (GCC) the Payson Campus of Eastern Arizona College, but as Deschaaf explains, “We want to provide more options for higher education. They’ve also begun construction of a park on the site – the Granite Dells Park Complex. That will be the location of our second urban lake. Payson Town Council is working on a partnership with RCEA, which is responsible for all the building. The ultimate plan is to donate the park back to the community. There are also plans to build a community center on the same site. Both the park and the community center are typical components to any university campus.”

Just a few miles from the Granite Dells Park Complex, is the downtown district, which locals call, ‘the original heart of Payson’. It’s the area where the community first developed before Highway 87 was built. Originally an old wagon trail, it’s now Main Street. Klein shares, “It just has a vibe; it’s full of great history. It’s positioned between Green Valley Park and the Sawmill Theatres, so there’s good entertainment on both sides. Scattered throughout, there is every type of business. Every December, the Electric Light Parade travels along there too. It’s the place where everybody gathers to have fun.”

In addition to the downtown core, Payson also has an impressive network of interconnecting sidewalks and trails, called the Payson Area Trail System (PATS). Some areas are still under construction, but once complete, will allow access to all public lands surrounding the community. A trail guide especially for cyclists, entitled Payson Area Road Cycling System (PARCS), has just been published. A perfect example of the town slogan, ‘Adventure Where We Live’. “The nice thing about Payson is after work, you can be on the trails in five minutes,” says Klein. “Work-life balance is important here. Whether it’s fishing, mountain biking, or hiking, it’s all right on our doorstep.”

Looking ahead three to five years, Henry wants to see the PATS fully completed. He adds, “I’d also like to have the Granite Dells Park Complex finished with the second urban lake in full use. Personally, as an outdoor enthusiast, Payson is paradise.” Klein looks forward to having more continuing education options for students. He’s already witnessed too many young people move away for school, only to return once they have families. He wants them to be able to pursue any educational opportunities within town, instead of having to move away first. Deschaaf agrees, seeing these achievable goals as added benefits to an already ideal town. “After all, Payson is a destination. We no longer need to market ourselves to those considering relocating here, because the secret’s out.”

What: A supportive and fun-filled community; population 16,000