The home of opportunity

Pittsburg, Kansas is brimming with potential. The city of 20,600 has seen big changes over the past few years, with the population increasing, the economy diversifying, and residents learning to embrace the community for all it has to offer.

“There was a lot of unrealized potential when I first came in nine years ago,” says Jay Byers, Deputy City Manager. “But there was a lot that could happen and it was a great opportunity for a professional to come in and be able to apply themselves to improving the city on many different levels. That’s proven to be a very satisfying experience for me.”

In recent years, the city has begun to really thrive. As the home of Pittsburg State University since 1903, Pittsburg has primarily been a college town. And while the Gorillas still rule the roost, Pittsburg has been working hard to steadily diversify its economy. “Over the years since I’ve been here, the economy of the town has kind of moved away from dependence on the university,” Byers admits. “It used to be the standard thought that ‘as the university goes, so goes Pittsburg’. That link still matters, of course. The university is our biggest employer and it’s certainly an engine of activity for the town, but it’s less crucial how the university does in terms of the wellbeing of the economy here in town.”

Now, the city’s major economic drivers run the gamut from education to steel work. “If you look at the ways you can identify economic diversity on a scale of zero being not diverse and diverse as 100, we would score in the 90s in terms of range of businesses,” Byers explains. “We have the headquarters for the largest short line railroad, Watco, in the country here. They are literally doing almost a billion dollars’ worth of business. We have one of the largest photo processing companies in the world here, MPIX, a division of Miller’s Professional Imaging. If you’ve ever had any photos processed online that you got in the mail, they were probably done here.”

The city also has a unique range of metal fabrication operations. “If you’re familiar with the Las Vegas Raiders and their stadium in Las Vegas, a majority, if not all the steel used to build that structure was fabricated here in Pittsburg,” says Quentin Holmes, Pittsburg’s Director of Community Development.

Education still remains prominent, with the school district and the university providing a large number of jobs to the area. “Now we have a really diverse economy that has allowed us to weather the economic ups and downs over the years,” Byers says. “I think our diversity has been a real strength.”

Pittsburg’s population, which had stalled under 20,000 for almost a century, has recently seen an uptick. With that increase has come a need for more housing, a demand that the city is working hard at meeting. Pittsburg’s housing permits for 2021 were valued at $14.1 million, almost quadrupling the city’s 2020 value, which was only $4.4 million. “That number in 2020 was even showing growth from previous years because we had some subdivision developments already underway that were new to Pittsburg during that time as well,” Holmes reports. “It’s really taking off.” 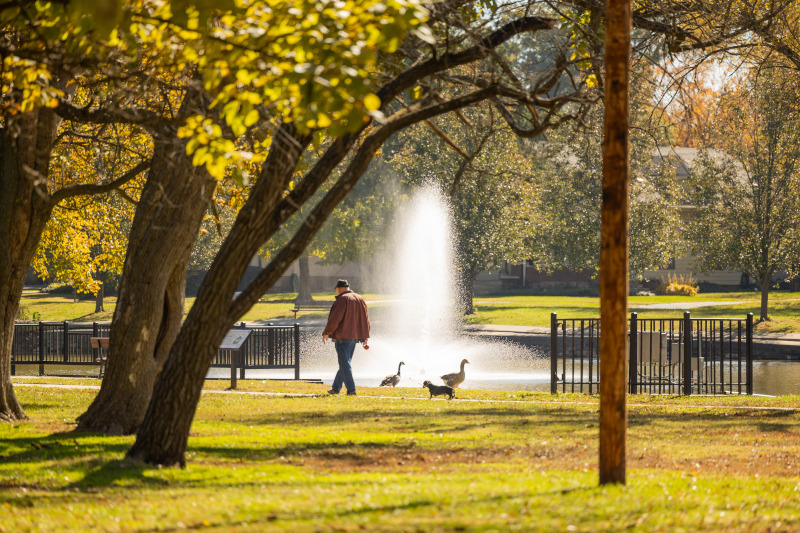 The only thing limiting the city from fulfilling its housing dreams is a lack of available trades. “The interest from development and the demand is high here,” Holmes explains. “But the trades are slowing us down. If we could import plumbers, electricians, framers, we would be really booming.”

The city is working with nearby Fort Scott Community College, as well as Pittsburg State University and SEK CTEC, to train and produce more skilled workers. PSU’s technical programs have a 100 percent placement rate, which makes their students ideal candidates for jobs across the country. In the past, getting those students to stay in the area has been another challenge, but recently, new graduates are starting to see the appeal of the small town. “Students basically pick and choose where they want to go when they graduate,” Byers says. “We are trying to convince them to stay here and we’ve had some success with that. When you dangle big money and a large city in front of them, it’s hard to keep them here, but we are having some luck in that regard.”

The Community Health Center of Southeast Kansas has been a big draw to keep students in the area. Their new medical education building is under construction and is scheduled to open in August. It will include affordable medical, dental and behavioral health services, as well as a birthing unit, and medical residency program. “The residency program is very exciting for our community, and really unique,” Holmes says. “We are a small community of 20,000 and we will now have the capabilities of birthing a child within our city limits and have them never leave and become a doctor.”

The city is hoping that the residency program will encourage new doctors to stay in Pittsburg long term. “It really matters because statistics show that doctors tend to settle within 100 miles of where they do their residency,” Byers explains. “So that means they are going to stay in the region and that’s a big deal, particularly in rural areas.”

Plenty of businesses are finding themselves attracted to the area, as well. Construction recently broke ground on a new 240,000 square-foot FedEx distribution facility within the city limits. “They expect to be operational in October and they are already constructing it now,” Byers says. “It’s happening dramatically fast. They want to be up and running for the holiday season.”

The city also recently acquired almost 200 acres of land for a new industrial park that will have access to an active rail service. “We are going to focus that particular industrial park on those businesses that benefit from rail access because obviously their prices go way down when they can ship by rail,” Byers notes. “We will be able to have multiple facilities that are 500,000 square feet. We are really excited about the potential.”

The City of Pittsburg has had to do very little in the way of marketing the new industrial park; word of mouth is spreading quickly. “We’ve had a lot of interest from site selectors,” Byers says. “We are already on their radar after FedEx decided to site here and, now, the addition of this particular industrial park is generating all kinds of interest.”

Interest in the city as a whole has perked up recently, as well. “We get phone calls, and emails and just random people come into town wanting to know what’s going on,” Holmes says. “They want to know why Pittsburg keeps popping up on their radar and what’s the deal? It’s very organically just happening. It’s cool. I’ve never been in a community like this.” He attributes the popularity to the community spirit that weaves itself through every aspect of Pittsburg. “We are so collaborative inside our own community, there are no silos,” he says. “The city, the university, the economic development, our business leaders – there’s really a collaboration within our community. Everyone is on the same page of how we are going to grow and progress.” 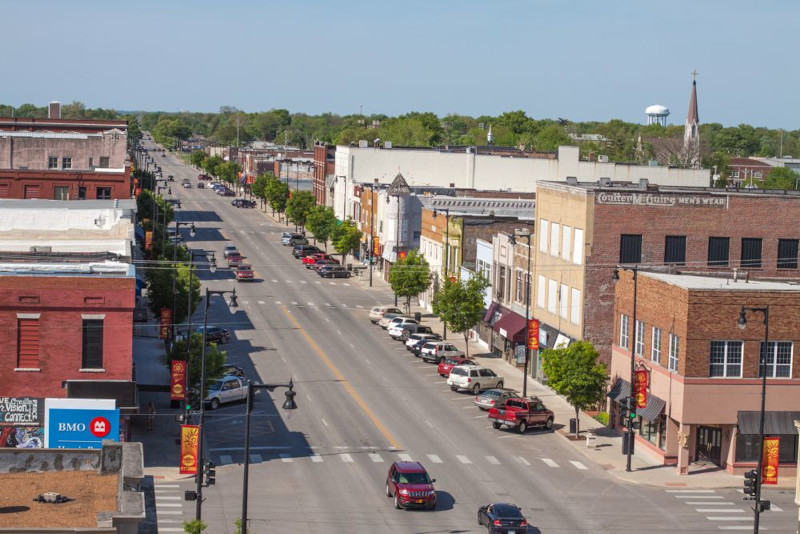 The collaboration is driven by a grassroots, citizen-driven strategic planning effort called Imagine Pittsburg. The group was founded in 2010 to help bring the community together to address the city’s opportunities and challenges. “It has six pillars and we are focusing the community efforts around those six pillars,” Byers says. “They are economic development, marketing, infrastructure, education, housing, and public wellness. It allows residents, organizations, and businesses in the community to focus their attention and efforts on those particular things that the community has expressed as being a priority. And that’s been very helpful. It allows us to move forward with the backing of the community.”

Some of those improvements include a new wastewater treatment plant that will double the current capacity for Pittsburg’s anticipated growth, as well as a disaster recovery plan that will help the city remain functional if its main data center ever goes down.

With all it has going on, the City of Pittsburg has set itself up for success and made itself a place where action happens. “It really feels like you’re living in a larger community,” says Christi Yockey, Pittsburg’s Community Development Specialist. “There is plenty to do in Pittsburg. There are coffee shops, breweries, boutiques, axe throwing… We have a men’s boutique store. There’s just so much more to do in Pittsburg than there was.”

“Pittsburg has everything you need to survive and thrive and be comfortable. You don’t need to go anywhere else,” Byers adds. “It’s very easy to live here. There’s an opportunity to grow in a very comfortable way.”

The Villas at Creekside showcases luxury living in a gated, active-adult community. On over forty acres of beautiful land, the development provides a carefree options from condos to single-level villas. Lease now and begin enjoying your freedom. View beautifully decorated models, 1700 block of 4thStreet. Call Jenni at 620-875-6695 to Schedule a Tour!