In 1992, Taco Rico opened its first location in Coral Gables, Florida and quickly became a sizzling sensation and the go-to spot for University of Miami students. As the demand for Tex-Mex cuisine grew, Taco Rico grew with it. In 2015, the first Taco Rico franchisee-owned unit was established in the Kendall area and today the restaurants are favorite locations for diners, thanks to the fresh and delicious homemade Tex-Mex cuisine and friendly, laid-back atmosphere where customers are treated like family. Everyone is invited to stop in and taste why Taco Rico is the authority on Tex-Mex!

When the chips were down for Taco Rico Tex-Mex Café, the South Florida-based restaurant loaded up on extras. “We had about two to three weeks of scariness and then we put our heads together,” Taco Rico CEO Leland Neal says of the restaurant’s situation in March 2020, when the COVID-19 virus was declared a pandemic. “There was all this craziness going on with the supermarkets – there was no meat, no paper towels, no toilet paper, no bleach, sanitizers. All that was just gone. But we realized that our supply chain was completely intact, in fact, they were begging for us to unload products.” 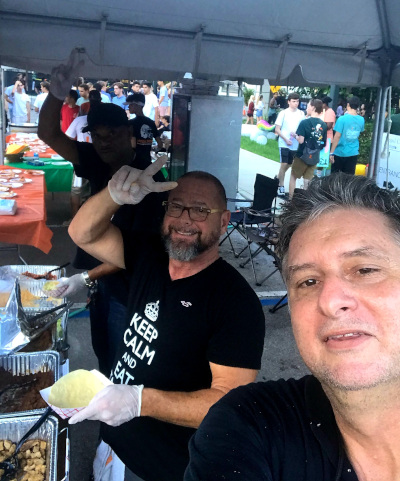 So, Taco Rico used that advantage to help supplement the sales losses they were hit with from the early pandemic shutdowns. They came up with what they called the “Grocery List” – they ordered in bulk from their suppliers, made up a coupon and flyer, and began selling bulk meats, toilet paper, sanitizer, bleach, and gloves through their online portals at a low markup of 20 to 30 percent. Neal explains, “We were trying to do a service to the community, so we didn’t mark it up that much, but within about a month our sales were just fine, to be perfectly honest. We created a big section on Uber and Door Dash and GrubHub and we started selling it that way. We had people calling in for $300 to $400 orders. Our profit was definitely down, our expansion plans were dashed, but we were surviving.”

As the pandemic raged on, Taco Rico found its stride and continued to succeed. By May 2020, the restaurant chain’s sales were back to normal and they’ve only continued to grow since then. “We’re running anywhere from 40 to 60 percent above last year, above pre-COVID, our best numbers,” Neal reports. “From May 2020 we averaged no less than a five percent month over month increase.”

The reason for their success is two-fold. First, they were able to easily transition to takeout and delivery sales. “What really helped us was the fact that we were already digitized,” Neal explains. “We were already with the Ubers and Door Dashes. Our menus were completely built out. We had a couple of virtual brands we had recently started that were doing pretty good, so we were way ahead of the typical waiter and waitress restaurant that needed to pivot. They didn’t know how to profit from those relationships and it takes a while to figure out how to do that.”

The second reason for their success: high quality food at reasonable prices. “All our meat is cooked to order,” Neal says. “There’s no meat sitting there precooked. In a quick service restaurant there’s generally an assembly line of things sitting on the steam table. That’s not us… when the order comes in, the meat goes on the grill and comes off to order.”

Taco Rico’s extensive menu is filled with fresh, made-to-order recipes that are developed by Neal and his partners. This includes their Steak Chimichurri Tacos, Chicken Baja Bowls and their top seller Tacos El Pastor. “The marinade on that chicken, which is actually a brand new recipe that I developed, is an achiote marinade made from annatto seeds, and that’s been huge,” Neal says. “When I switched to that marinade I noticed a rise in sales and compliments and good reviews.” He adds, “I try to let the food do the talking, I put all my effort into fresh food, which takes really good employees and really good managers to make that happen. That’s the best advertising possible.”

Taco Rico is able to source high-quality ingredients through partnerships with companies like Cheney Bros, their food distributor. “I have a great relationship with them,” says Neal. “My partner in two of our five corporate stores has been our Cheney Bros representative for 15 years. He’s the one I put my head together with to come up with our Grocery List.”

Though sales are at an all-time high, Taco Rico’s profit hasn’t fully come back to normal. Neal admits, “When you’ve switched to a large percent of your sales coming off third-party platforms, they have a heavy commission that comes with that at 25 to 30 percent, depending on which third-party platform we’re talking about. That was a challenge. Our sales were good, profit not so good. They just take a big chunk.”

In addition to third-party expenses, Taco Rico opted to put the needs of its community ahead of their own. Using flash sales from Cheney Bros and Dismex tortillas, Taco Rico would purchase large amounts of food and donate to the local community. “One time we bought $700 worth of tortillas and gave it away at a food drive,” Neal recalls. “We bought $500 of juice pouches and masa that they use to make tortillas and we gave that away to the migrant workers at a food drive. I think we did a total of five food drives where we bought up a massive amount of food for a small amount of money and just gave it away. That was a nice feel-good moment of the crisis.” 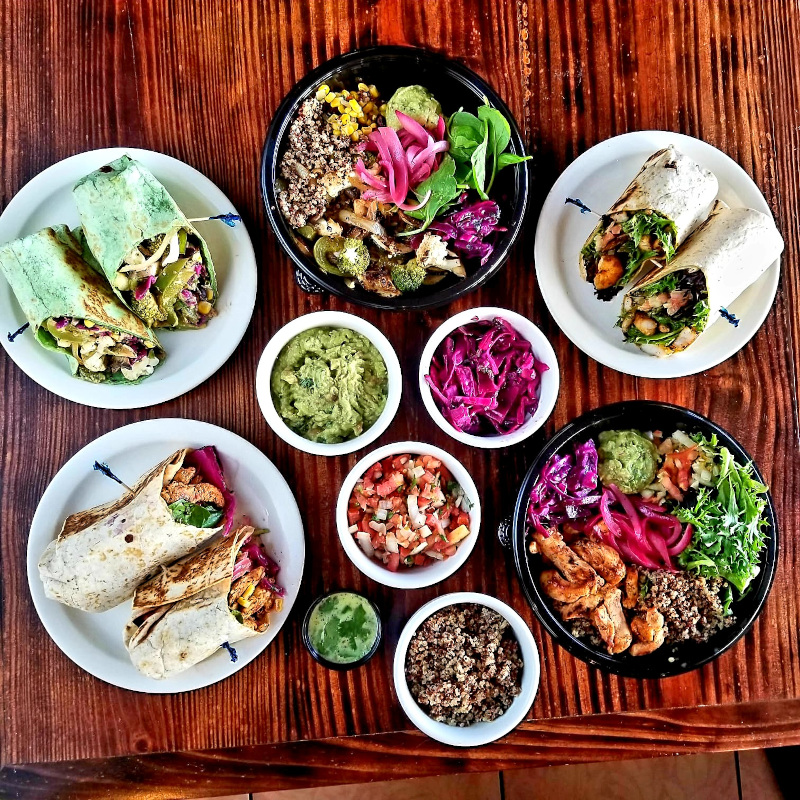 Despite profits being down during the pandemic, Neal says the business is stable and healthy. Taco Rico currently has eight locations across Southern Florida – in Doral South, Doral North, West Kendall, Bird Road, FIU, Miami Beach, Coral Gables and Pinecrest. “We are in a really good space right now, a really good space,” he notes. “The balance sheet is strong.”

The only problem they have now is staffing. Like most restaurants who survived the pandemic, maintaining and hiring staff has been a huge hurdle. According to Neal, “At our worst store right now, as far as employment, we normally have 15 to 18 people on the schedule and I believe now we are down to seven. We can’t find anybody. We are talking about possibly closing some shifts because we don’t have enough manpower for it.” He attributes the lack of viable employees directly to the pandemic – from the ability for employees to receive pandemic pay, to the fact that many restaurant workers were forced to find new jobs when restaurants had to close down.

So what’s the answer? “That’s a good question,” says Neal. “That’s actually what’s stopping us from expanding right now. We have a couple of landlords that are begging us to sign a lease with them. They are bending over backwards for us to be there – from a year’s worth of free rent to helping us pay for build out. I don’t know what the answer is and believe me, I think about it every day.”

Founded in 1992, Taco Rico was on the path for national expansion before the pandemic hit. But now, they’ve found new clarity and a new drive that will take the restaurant chain into the future. As Neal shares, “We wanted to be this national brand but now I see if we just focus on the South Florida area, which is a huge area with a huge population (upwards of nine million people), if we focus on that and get to the 20 to 25 unit mark, that would be a huge accomplishment. At that level, I could retire. So we’re focused on staying strong in South Florida until I can get some help to take us to the next level.”

Where: Eight locations across Southern Florida

Natural gas provides nearly 100% reliable service, even during severe weather. During Hurricane Irma in 2017, less than 0.005% of Florida City Gas customers experienced a service interruption. That level of reliability can drive revenue, even during severe weather. During or after a hurricane, a restaurant can continue cooking, a hotel can host guests and a large-scale factory can cut down the amount of days closed – all thanks to natural gas.

Our team of experts can help any business compare current use with a switch to natural gas to help their leaders make the right decision.

8 Manufacturing Trends to Keep Your Eye...

Ignite Medical Resorts – Recovery in the...