Signarama – The signs are all good

The signs are all good

Business View Magazine interviews AJ Titus, President of Signarama, as part of our focus on best practices of franchise companies.

Signarama is an international sign and graphics franchise, founded by Ray and Roy Titus in 1986, in Farmingdale, New York, with a second location opening in North Palm Beach, Florida, less than a year later. Signarama began franchising in 1987, and, today, it’s the world’s largest sign franchise with more than 700 locations in 60 countries, offering branding and messaging solutions in addition to comprehensive sign and graphic services to consumers and commercial customers, alike – from business signs, vehicle wraps, and digital signs, to advertising and marketing services. In 2019, Signarama was recognized by Entrepreneur Magazine as part of the Franchise 500 and Top Global Franchise lists. 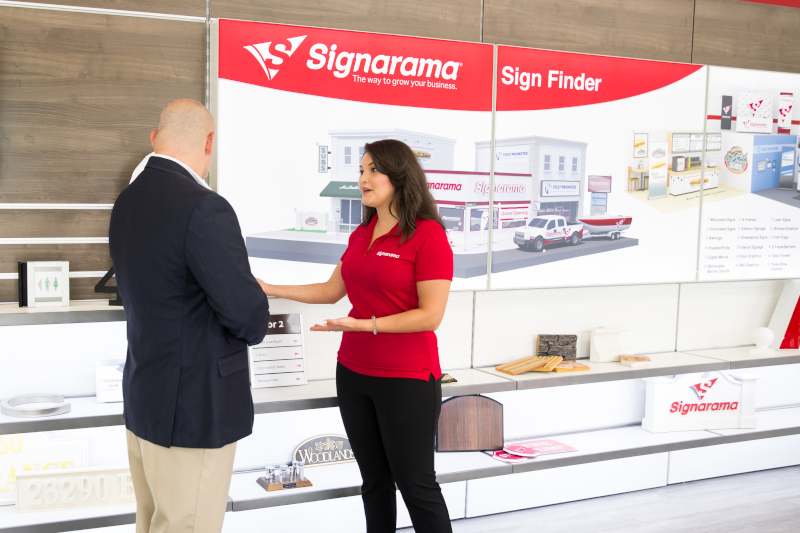 Today, Signarama is run by A.J. Titus, grandson of Roy, and son of Ray. “I was born and raised into this,” says A.J., “and I’ve worked with the company pretty much my whole life.” A.J. says his main job is “to look at the horizon to see what’s coming and what could be the disruptors in the marketplace.” And once a new technology does prove itself, Signarama offers it to its franchisees. “We’re still heavily invested into R&D,” A.J. asserts. “For instance we had someone in our office the other day whose project is a printer that can print on a wall. You can actually put this thing on the ground and it prints up and down, directly onto a wall. We have 3-D printers in our office, right now. So, we’re focused on the ‘next thing’ that will help our franchisees make more money and diversify what they’re doing. Those are big things for me.”

Another focus, according to A.J., is how the company utilizes data in order to help Signarama franchisees grow their businesses. “We have a brand new point of sales system and we’re able to extract a lot of new data that we’ve never been able to get before,” he explains. “That includes how much money our franchisees are getting from different industries; what’s the average ticket price; and things that can help people look into those markets. Then, we can put them in segments by regions and look at them and see that, for example, hospitality is a huge industry for us. Then, I can use that information and talk to franchisees on an individual level and say, ‘Wow, you’re not even selling any signage to the hospitality industry. Why is that? And we can have a much more proactive conversation about what they’re doing. So, we’re able to make changes on the fly.”

This past April, Signarama announced its expansion into Quebec, Canada, a city located in the country’s largest province by area—and a territory nearly three times the size of Texas. This strategic move unifies Canada under Master License Partners (MLP) Anas Saltaji and Salekh Al Around, and increases the brand’s growth and strength across North America. Saltaji and Al Around are not new to the Signarama brand with master license agreements already in place throughout Canada and in the United Kingdom. This expansion into Quebec enhances their partnership in the predominantly French-speaking province of more than eight million inhabitants. This strategic plan now incorporates Canada under one support system.

“Bringing Canada and the U.K. under one leader is a significant strategic move for our brand,” A.J. reports. “In the future, we plan to capitalize on similar growth models, for example, working with our Master License Partner in the Philippines to scale the brand throughout that country, while we also continue our global expansion in Latin America (Brazil), Central Europe (Germany and Switzerland), and Asia (Japan), which are key markets based on their robust economies and the overall emergence of new startups.” 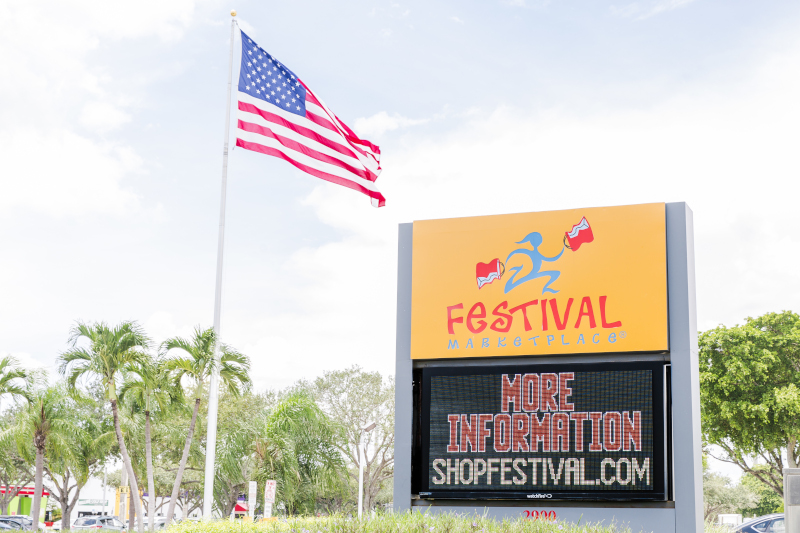 “As we close out the year, we’ll probably be around 70-80 new franchisees and some are in states that we’ve never been in before, like Alaska,” A.J. adds. “The average time in business for our franchisees is about 15-20 years and we have 30-year franchise agreements. We’re 33 years in the business, so we’re at the point where a lot of the original people have put 30 years in and they’re ready to sell and move on, or those people who bought about 15 or 20 years ago are in their 60s or 70s and are also ready to sell and move on. We’re seeing a little bit of that with a mature brand, which is not a bad thing. We want our franchisees to grow and make money and build their businesses to sell at the end of the day.”

“Now, there are some challenges with that because you have people who are in the business and know what they’re doing, and then you have a new person coming in that we’re training, but they don’t know all that the older owner knew,” he adds. “But it’s also a good thing in the sense that it’s a new generation with new ideas. So, it’s been really cool what we’re seeing.” In order to help the newbies, Signarama and the other UFG brands recently introduced a new sales boot camp program. “It’s based in our corporate headquarters in West Palm Beach and it’s free to our franchisees’ salespeople. Everyone from our company speaks at the boot camp; people from our other brands; my dad who’s the CEO; myself; and we all help train salespeople. It started this year and it happens every quarter and it’s been great.”

The company also stays in touch with all of its existing franchisees. “We tend to leave the older store owners alone, but for a newer store that’s growing, we’ll be touching base with them frequently,” A.J. states. “It could be weekly; it could me monthly; it depends on where the store is at in the process because we have a set program after someone opens. Some stores may want more touches than others. But, we interact with all our stores every single year; the frequency may depend on how long the stores have been in business and what they need and want. We had our annual conference this year in Las Vegas and it went really well. It was highly attended by our owners.”

Going forward, A.J. adds that the company is in the process of revamping its website. “That’s going to be a new custom platform that we’re making for the franchisees to help generate leads and build businesses,” he remarks. “That will be new this year. So, there are a lot of things going on. It’s been a good year for our franchisees; average sales are up; the average ticket price is up; we’re really seeing our franchisees take advantage of this really good economy. We’re seeing some good results now and we look to see even better results in 2020.”