Selfreliance Federal Credit Union was chartered in the Summer of 1951 with a mandate to serve Chicago’s newly arrived Ukrainian immigrant population. Its founding members had come to the United States with experience in co-operative banking and they founded the credit union with the hope of offering Ukrainian-American immigrants a stake in the American Dream.

For the first two-and-half years, the credit union operated on a volunteer basis, the board members, tellers, loan officers and manager all worked out of a Chicago Ukrainian Community Center in their spare time. For its earliest members, the credit union offered a sense of familiarity to a growing population, who arrived from the Soviet Union and settled across the Midwest. “During our first forty years the credit union basically served 1st and 2nd generation Ukrainian-American immigrants who were trying to preserve their national identity which had been trampled under the soviet regime in their homeland,” says Selfreliance President and CEO Vitaliy Kutnyy. “At the same time they were pursuing economic stability and a better future for their children as citizens of the United States.” 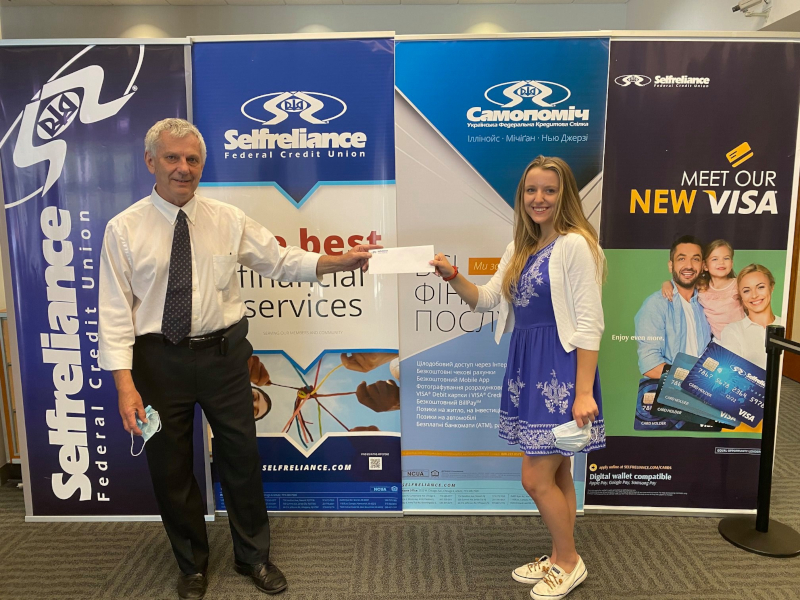 Selfreliance enabled members to bank in both their home language and in English, which was a great comfort, as many credit union members were still learning English. After the collapse of the Soviet Union in the early 1990s and Ukraine’s Declaration of Independence, a second wave of immigrants joined the credit union. Membership has continued to grow since that time. Today, Selfreliance Federal Credit Union has over 24,000 members and is approaching 700 million dollars in assets. With over 120 employees, and 10 branch locations in Illinois, Michigan, and New Jersey, it offers a full-service customer experience unparalleled among institutions of its size.

Selfreliance offers all the consumer-based products and services of a typical financial institution, from auto loans and credit cards to personal checking accounts, but it specializes in real estate and property loans. “We’re kind of unusual from the perspective of our loan portfolio,” Kutnyy says. “Usually credit unions are more focused on consumers and consumer loans – credit cards, auto loans –  but 95% of our loan portfolio is comprised of real estate loans. We also have investment property loans. Our business loans are secured by real estate and we have a lot of them – investment property loans, we call them – and residential mortgages. That’s 95% of our entire loan portfolio.” By helping its members to secure real estate and to own property, Selfreliance affirms its commitment to building community, and this bond remains at the heart of the institution. The credit union’s dedication to the Ukrainian-American community extends beyond finances, however. 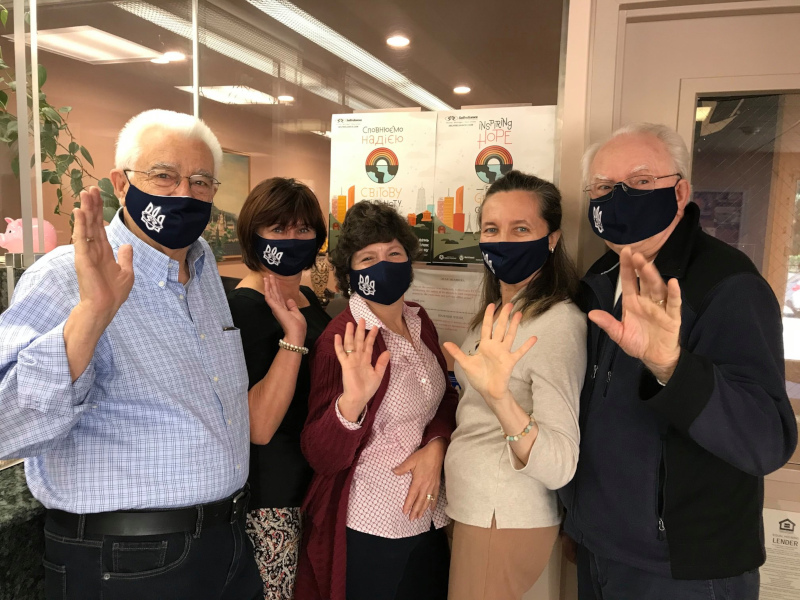 When the COVID-19 pandemic crisis began in the U.S. in the Spring, the credit union promptly promoted initiatives for community safety and stability. According to Kutnyy, “We immediately decided to allocate resources to the Small Business Association Paycheck Protection (SB PPP) Program to make sure that our community, not-for-profit organizations that were affected by the pandemic would apply for these forgivable loans. That was very important for us. As a result, almost $800,000 in SB PPP loans were approved for not-for-profit community organizations.”

Along with the forgivable loan program, Selfreliance also instituted safety measures in their branches and promoted remote banking services. When in-person service resumed in branches in May, it ensured members’ safety with masks, social distancing, and glass barriers between tellers and members. In late 2019, prior to the pandemic, Selfreliance instituted new technologies to better serve its members. The new tech included e-signature capabilities to go along with already running online and mobile banking, and check deposits. That foresight allowed a smooth transition for members who faced increasing COVID-19 safety provisions.

“Investment in technology is a very important key to the success of our credit union,” says Kutnyy. “At our level and size we cannot be innovators. But we’re always committed to keeping pace with market standards. For many years, we’ve offered online and mobile services but suddenly, because of the pandemic, people realized that it’s actually easier to do an e-signature, for example, instead of coming into the credit union. We accelerated all these services and the adoption rate was much higher than what we expected from our membership.” Plans are also underway to develop and implement a new digital banking system which integrates various smart devices, including Amazon Alexa. Kutnyy notes, “That will take our online services to the next level and will allow our members to perform many self-service actions online. We’re excited to offer this state-of-the-art platform to our members.”

Growth remains a priority for Selfreliance, even during the uncertainty of the COVID pandemic. It is currently finalizing and remodeling a newly acquired location in Hamtramck, Michigan and also looking for a new location in Chicago’s northwest suburbs. Despite the industry’s focus on technology, Kutnyy feels that in-person customer service is an important factor to members. He states, “We still believe it’s important for us to have branches and a local presence. It’s the combination of digital banking and in-person banking that will allow us to continue to grow the credit union and provide valuable financial services to our members.”

Selfreliance was founded with the promise of providing stability and prosperity for its members who arrived in the United States, having escaped a regime that historically denied those opportunities. The credit union’s founders perceptively organized themselves around their common understanding of co-operative finance. Their close ties to the growing Ukrainian-American community established Selfreliance as a unique cultural and financial institution. Kutnyy reflects on the credit union’s growth since those early years, “I would say our connection with the Ukrainian-American immigrant population and with our community is very important.” With strong community roots, Selfreliance has evolved and expanded to meet the needs of its members by committing to and investing in state-of-the-art technology. It has also fostered strong relationships between the institution and community, making the credit union a reliable community partner for almost 70 years.

“We love our employees,” Kutnyy shares, “and are proud of what we offer them. We have employees that have worked at our credit union for 30 years. The average tenure is 15 years and the employee turnover rate is very low, although obviously we hire new employees as we grow. Our employees love working at the credit union and love the benefits we offer to them.” For Selfreliance and its members, prosperity and stability seem inevitable. In the face of adversity, as we’ve seen in 2020, Selfreliance Federal Credit Union has remained poised for growth and continues to promise its members opportunity – today and for the future.

What: Credit Union for local and ethnic communities