These days, health and wellness are being prioritized more than ever. Those who may have previously put them on the back burner are now fully embracing this sort of lifestyle; perhaps because it’s more than just diet and exercise. Now, it’s a holistic, flexible, and even enjoyable experience incorporating mind, body, and spirit. There is a unique and wonderful health facility that has always integrated this innovative approach into its operations – that being the Rochester Athletic Club in Rochester, Minnesota. Opening its doors in October 1993, it was originally promoted as a “high quality, four season, social, entertainment, athletic club” focused on customer service and an all-inclusive experience.

Matt Remick, President of Rochester Athletic Club, reminisces that his father, Jack Remick, co-founded the company along with two of his business partners. In the early 1990s, one of those partners traveled 70 miles to Saint Paul, MN and noticed a multipurpose club. It gave him the idea to build one in Rochester. The other two partners agreed, and the three men hired an industry consultant, Greg Lappin, to guide them through the process of turning their concept into a reality. A feasibility study was performed before hiring the Ohlson Lavoie Corporation (OLC), an architect firm with experience designing fitness clubs. Lappin stayed on as General Manager, staying in that role until 2012. During Lappin’s time at the RAC he was given the opportunity to join ownership.

Matt Remick came to the club in 2000. He recalls, “When it opened, I was a freshman at the University of St. Thomas. I also worked at an industrial distribution company because my father and I always felt it would be good for me to have experience at another business. I liked where I worked, but I was expecting my first child and was traveling a lot. I asked my dad if I could come back. They needed somebody to help with technology. I have a degree in Entrepreneurship, but I had also worked as a Technology Trainer, so I ended up helping with that.”

In 2008, Matt bought out his father’s two original partners. When Lappin left four years later, Jack bought his shares. At the end of 2016 Matt purchased shares from his dad to become majority owner and Jack bought out the last remaining partner in 2020. He and his father are now the sole owners. “I became President in 2008 and now I have my team,” Matt reports. “Brent Frueh is the General Manager and has been here for 20 years; Sarah Stille is the Assistant General Manager and she’s been here 10 years. We have such a resilient team, and they’re people I would go to war with because they are so great.” 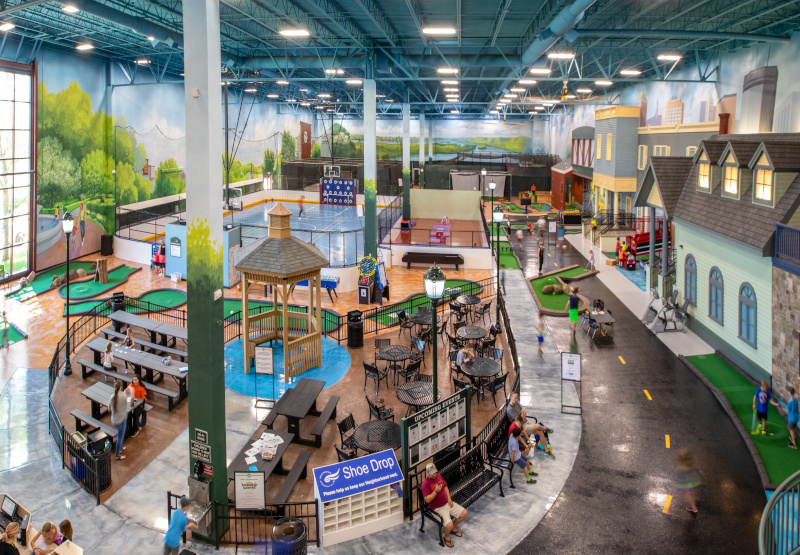 Remick was able to slowly implement changes throughout the club resulting in “solid growth.” Between 2013 and 2019, every area from the fitness floor and basketball gyms to the pools and the kids club were renovated; excluding the club’s restaurant, Café Relish (renovated in 2020). The locker rooms, which cost around $3 million, were the only upgrade that incurred minor debt. They were the most challenging area to renovate.  The locker rooms were renovated one-third at a time while still in use.

Even prior to 2013, Remick noticed the club could offer more to its members aged seven to 13. He explains, “Originally, we considered taking away a tennis court to make room for a youth area. We ended up removing five. We now have The Neighborhood, a 35,000-square-foot family entertainment center. It’s equipped with mini golf, Aeroball, Carpet ball, Gaga ball pit, PlaySmart (an indoor climbing feature) and batting cages.” As of December 31, 2019, the Rochester Athletic Club was completely debt free, although that changed when COVID-19 arrived in March 2020.

Thankfully, the Rochester Athletic Club isn’t saddled with lots of debt but running a business during COVID hasn’t been easy. In the beginning, Remick was on five or more Zoom calls per day and they all kept up with their fitness contacts to share ideas. Frueh recalls there was even a call with an industry contact in China to learn from that country’s experiences. He shares, “We were originally closed three months from March 17th to June 9th, 2020. We had over 300 staff and Remick continued to pay everyone while we were closed, which was unbelievable. Two months into lockdown, Sarah and I met on the gym floor every morning at 8 am. We spread out, wore masks, and practically yelled at each other (due to masks and distance) figuring out what to do. We safely met with the team and asked everyone what their concerns were. We factored those into the Business Preparedness Plan.”

Stille adds that they also asked the Management Team questions like, “How will the member walk through the club?” or “How will the member/staff feel safe?” The group formed committees devoted to one objective such as sanitization. As a team they worked on specific details, putting policies and procedures in place. One representative from the Maintenance Department was the contact for all new cleaning processes.

While Frueh and Stille were leading and organizing the team, Remick was procuring safety products. Luckily, he already had one, the AIRPHX unit. In 2018 he had five installed throughout the club, after noticing the H3O air purifiers at the International Health, Racquet & Sportsclub Association (IHRSA) Convention. “One unit worked throughout our whole building,” says Remick, “it even had a positive impact on bacteria reduction on the outside garbage cans. The units create a third oxygen atom to the water in the air, forming hydrogen peroxide.”

He did struggle finding electrostatic sprayers because they went directly to hospitals or to the highest bidder. Instead, Remick resorted to garden sprayers. One of the most useful products, was SAO®, Stabilized Aqueous Ozone manufactured by Tersano Inc. He explains, “The unit hooks on the wall and plugs into the cold-water line. It converts water just as the AIRPHX does air. It’s still water but is an active sanitizer for 24-hours. Its kill time for COVID is less than a minute; the stuff we were using was seven. So, the spray had to be left on the equipment for seven minutes before being wiped down; not always realistic. With SAO® we could manufacture it in the building and not worry about people being allergic because it’s essentially water. It was a great find for us.” 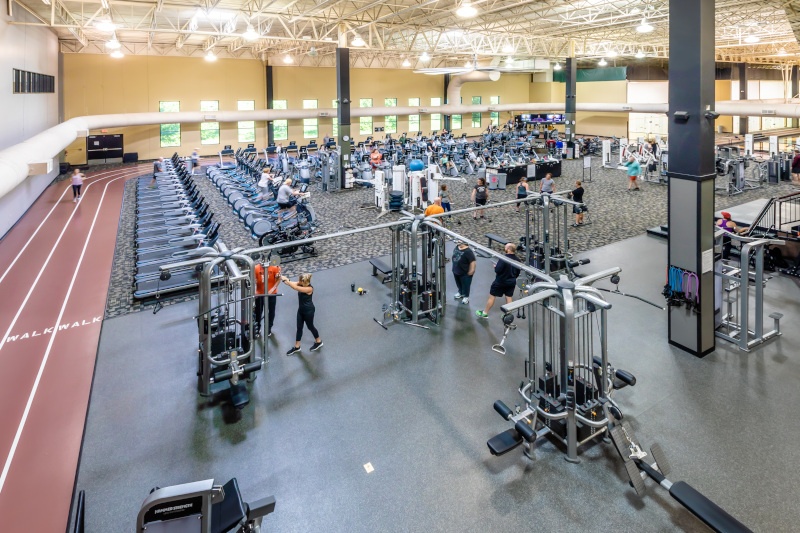 All these new procedures and products have changed the club’s operations for the better. Frueh describes how a reservation process had to be implemented allowing only so many members to the fitness floor or tennis courts at one time. This was created and booked through the club’s app, which was new, as well. The team also filmed a professional video to post on the website. The video followed an employee moving through the club, showing members how it looked and what to expect. Meanwhile, the state rules regarding capacity kept changing.

Remick notes, “I wanted to minimize the number of reservations needed to maximize the member experience. I came across SafeCount Live Occupancy Monitoring Solution. It’s a bi-directional sensor we put over our entrance and exit gates. It gives a live reading, as somebody comes in or goes out. We worked with our web designers to create a meter on our website showing members our capacity. It’s such a great tool. It’s still useful today and will be useful two years from now.”

Communication methods such as these allowed the club to remain a community. “We worked really hard to stay connected even though we weren’t seeing each other every day,” says Stille. “Our website and social media presence, especially, was important at a time when people needed each other the most.” The club’s dieticians, despite working from home, shared how to prepare healthy recipes and personal trainers performed workouts from home to inspire members. The Kids Club/Family Activities Director, Jodi Hass, even read books to the children during ‘story time’. Showing love through social media wasn’t the only way the Rochester Athletic Club helped the community during the pandemic. “We also provided daycare facilities for the children of Healthcare workers at the Mayo Clinic,” says Stille. “It was at least several weeks where they’d come and drop off their kids to have a fun socially-distanced eight-hour day. It was pretty cool.”

Looking ahead three to five years, Remick admits, “I’m excited. People now have a much bigger appreciation for health and wellness. I want to be that second outlet for people, especially those working from home. Our audience now sees us as a beneficial addition to their life.” Frueh agrees and adds how almost 20 percent of the fitness industry shut down during COVID. The ones that survived, such as Rochester Athletic Club, had to adjust to lower numbers and the new normal. He concludes, “We’re the place to heal and for people to reflect. Society needs outlets and places to congregate. I think there’s tremendous potential for us in the short term. We just have to make the most of those opportunities.”

What: A 260,000-square-foot state-of-the-art fitness facility