Business View interviews Terry Browning, President and CEO of MOSSA, for our focus on the U.S. Fitness & Wellness Industry

It’s a fact that most people don’t really love to work out… and leading fitness program developer, MOSSA, knows it well.

“We joke that we don’t want people to fall in love with exercise – because there’s really only a small portion of the population that really loves exercise,” says MOSSA President and CEO Terry Browning. We say ‘fall in like’ with exercise. Our programs are designed to be the most enjoyable way to move and exercise so that someone can feel motivated enough to do it a couple times per week. We’re being realistic. For many people, exercise is strenuous, uncomfortable, unmotivating and they don’t see physical results as quick as they’d like.” 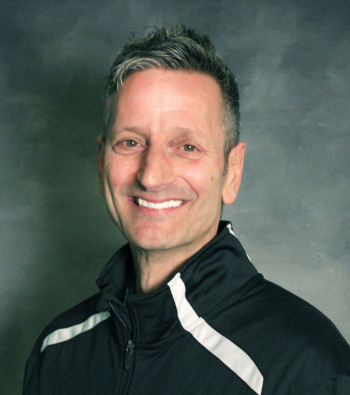 Rather than focus on engaging the fitness fanatics and those that belong to health clubs – which Browning says is only around 20 percent of the population – MOSSA instead focuses on the 80 percent who need a bit more encouragement and a better exercise experience to get off the couch. The group fitness development company aims its programs toward helping the average person find enjoyment in movement, so they are inspired to build exercise into their daily routine. They do that through creating group fitness programs – a format which offers a social aspect for participants, as well as a motivation for them to keep coming back.

“We’ve always had this affinity for group fitness and getting people in that environment because it offers some key benefits that other forms of exercise do not,” Browning explains. “Music is a tremendous asset to help people move better and exert more effort more easily, instructors are a great source of guidance and motivation, and other participants make it more enjoyable and also help to make it more accountable.”

MOSSA got its start in the late 1970s when founder Rich Boggs began his own path to personal health and fitness. Browning elaborates, “If you look up Type A in the dictionary you will see his photo. After receiving his MBA from the University of North Carolina, he went into the corporate world. He was running hard and did everything too much – worked, ate, drank, smoked and gained way too much weight. So, being a Type A personality, rather than just trying to get fit, he decided to change his life completely. He quit the corporate world and then he started his own health clubs.”

At the time racquetball clubs were all the rage, so Boggs opened his own in Atlanta, Georgia. That quickly evolved into full-service health clubs – opening seven locations serving more than 45,000 members, called Sportslife. As Browning notes, “It’s important because that’s probably the DNA of our company, who we are today and the way we look at getting people to move. I think from Rich’s perspective, it wasn’t about being a fitness fanatic. He understood what it was like to be 100 lbs overweight, and how difficult it was to get moving, and keep moving. This has helped us stay focused on the 80% of the population that is seeking a healthier lifestyle but is challenge by finding something they like to do.”

While running his health clubs, Boggs had an instructor who was using a wooden bench to rehab a knee injury. She had the idea to use this bench in her aerobic classes. Thus, the idea for step aerobics was born in 1989. The company, then known as “The Step Company, quickly pivoted to become a vendor for the product that launched the step fitness craze. “We had seven molds going 24 hours a day, seven days a week, creating steps because we hit the health club and retail market and it just took off,” Browning recalls. “It was crazy. We went from seven million to 18 million to 30 million dollars in revenue in three years.”

Eventually, Boggs’ passion for group fitness brought the company to its next logical step – creating its own fitness programming which it distributes worldwide to health clubs and YMCAs, as well as direct to consumers through its MOSSA on Demand app. They eventually changed their name to MOSSA – Italian for move – and became a leading developer of professional group fitness programs that have inspired millions to move.

“The way the industry works, usually an instructor gets to create their own class by selecting music and putting exercises and moves together that they deliver to their participants,” Browning says. “So what you have in a health club or a YMCA is every instructor typically does their own thing. It’s quite inconsistent for the participant. What we created is, in essence, professionalized programming. We select music, we program movements and exercises, and then we thoroughly field-test the workout to thousands of participants to ensure they are safe, effective, and deliver results. Plus, each instructor goes through intensive and comprehensive training to understand the program and how to best deliver and coach the program to their participants.” 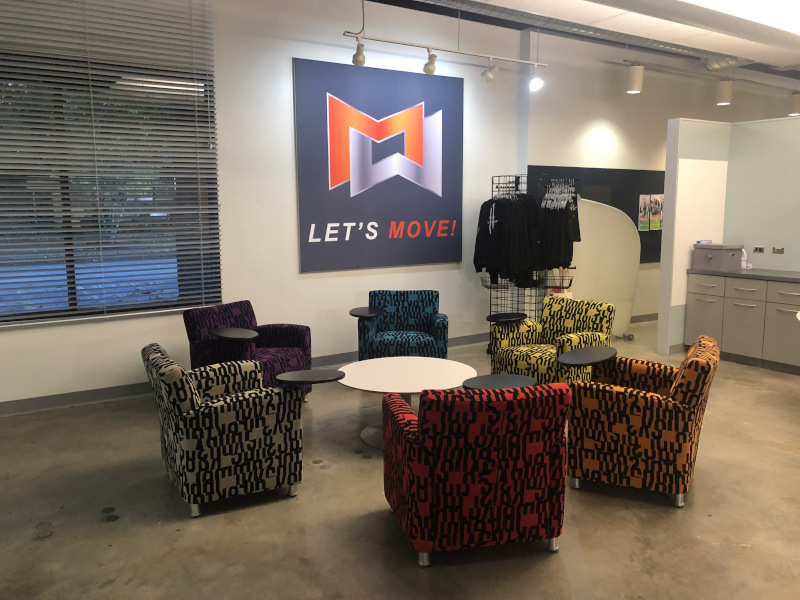 MOSSA puts more than 300 hours of development and testing into each workout they produce. Each one goes through 150 test classes to thousands of participants in different markets across the country to guarantee that the music and exercise is motivational, safe and effective. Research and testing is done at the company’s 20,000-square-foot Marietta, GA corporate headquarters. New workouts are created each quarter to ensure there’s always new, fresh programming available to keep participants motivated and to give great variety to continually deliver results. The company employs 30 full time and 50 contract team members who are responsible for everything from program development to video presenting, editing, training, admin, sales, and marketing.

MOSSA currently offers 12 different workouts that focus on cardio, strength, mobility and movement. Programs include Group Centergy, Group Fight, Group Power, 3D30 and Move 30. The workouts are geared to all ages and all levels of fitness ability. “We create programs that have broad and wide appeal for the vast majority of people,” says Browning. “If you’re in your teens or if you’re 60, 70, 80 plus, you can be in the programs. We select music that has broad appeal, so we are really conscious about music from the ‘70s, ‘80s, ‘90s, 2000s to now because we just know that if we can get one or two songs in there, then it just makes somebody feel a little more connected to the experience. Music is such a big driver of what we do.”

For those who aren’t ready to take the leap into a full exercise program, MOSSA does offer a movement program called MOVE30, which is geared toward those who aren’t moving much or have found their movement quality declining, which we are seeing in people in their 30s and 40s because of such sedentary lifestyles. Browning states, “These people need to strengthen and fortify the fundamental movements of life that will help them remain independent and to begin to exercise. We call this having good movement health which means you can easily squat, lunge, walk, bend, rotate and go to the ground and stand… all with and without load. This program fortifies and strengthens these types of movements.”

Finding ways to move your body is important to overall health and helping people to feel youthful, which is beneficial at any age. Browning says, “We refer to it as a ‘healthspan’ instead of a lifespan. We have worked with the authors of the book ‘Younger Next Year,’ and they say the body only does two things – it either grows or decays. So if you’re not using it, your body will decay to protect itself. If you use it, it will grow – and that’s at any age. If you have never worked out in your life but you’re 75 and you start with the appropriate things, your body can do amazing things at that time.”

Health and fitness clubs access MOSSA’s programs through the company’s MOSSA GO app, which offers training, music and program notes which outline all the movements and coaching tips and cues that instructors need to deliver the workouts effectively. Those looking to get a workout in at home can access the programs directly through an app called MOSSA ON DEMAND. Customers have access to workout videos, as well as education and informational videos that help them to maximize the workouts and movement programs to improve their movement health.

Looking to the future, Browning believes MOSSA is in a prime spot. He shares, “The industry is now trying to figure out how to get to the other 80 percent, but that’s all MOSSA does and has done. We know this 15 or 20 percent of the population that belongs to health clubs will do anything to be there. They aren’t going anywhere. But the future of our success as an industry is how do we appeal to the rest of the population? And we feel pretty confident where we are.”

Where: Headquartered in Marietta, Georgia