Home of the Good Spirit!

Welcome to charming, historic Manitowoc, Wisconsin, sitting pretty on Lake Michigan at the mouth of the Manitowoc River. The county seat of Manitowoc County, the City of Manitowoc is known as Wisconsin’s Maritime Capital, and takes great pride in being the home of the Wisconsin Maritime Museum. The museum highlights the region’s history in World War II and the building of 28 submarines for the war effort.

The name Manitowoc goes back centuries, when Native Americans called the city “Mundeowk, Home of the Good Spirit,” because of its beautiful harbors and rivers. In 1795, the Northwest Fur Company incorporated a trading post and people of Bohemian, French, German, Irish, Norwegian, and Polish descent settled in the area. Manitowoc was officially founded in 1836, the county government was formed in 1839, and 33,000 residents now enjoy all that this vibrant and prosperous community has to offer.

The shipbuilding industry played a major role in the city’s growth. The first wooden sailing ships, finely crafted, were built in 1847, followed by other schooners and clippers and, later, pleasure and fishing industry craft. Submarines, landing craft, and tankers became the focus during times of war. Today, Manitowoc is recognized, worldwide, as a manufacturer of spectacular yachts (The Burger Boat Company). It is also the sole Wisconsin port for the S.S. Badger, the only upscale passenger vessel still sailing on the Great Lakes.

Not content to sit back and let things happen, the City of Manitowoc has a myriad of exciting developments on the go. Adam Tegen, Director of Community Development, shares, “The biggest redevelopment project we are working on currently is the former CN Railroad peninsula which we are calling the River Point District. It’s about 20 acres of property on the northwest corner of our downtown, on a peninsula in the Manitowoc River about a half mile from Lake Michigan. We acquired the property in 2019, and we’re currently in the infrastructure and site preparation stages. Assuming things continue on track, we’re looking at putting in infrastructure and, hopefully, having our first phase of private investment on that project in 2021.”

The River Point development consists mainly of residential and mixed-use, with some dedicated areas for commercial or office. It includes infrastructure such as bike trails, riverside walking paths, lookouts and activity nodes at various spots to allow better public access to the river, infrastructure, and a boulevard with pedestrian-friendly design – all intended to complement the downtown, adding more residential options while maintaining a uniquely separate atmosphere. A new Tax Increment Financing (TIF) district established in 2020 will be used to fund the infrastructure, as well as any development incentives that are necessary.

According to Manitowoc Mayor Justin Nickels, “Two years ago we went through a Downtown Master Plan that really kicked things off. The goal was to get people to live, work, and play downtown – not only young people, but those just retired who are downsizing. With our downtown being 150 years old, the city is putting a lot of dollars into renovating those older buildings to provide other types of apartments, along with the brand new ones on the peninsula. People also need groceries, so we’re going to have a co-op grocery store there in the very near future, and more restaurants, bars, and outdoor parks. Walkability is huge, so we’ve been redoing our main street to be more pedestrian-safe and friendly, and adding trees and flowers.” The opportunity for people to work downtown is a huge asset. In that regard, there are several companies currently investing in the core area. Forefront Dermatology is one of the largest, with about 100 clinics around Florida and the Midwest. They have a call center and their main lab in downtown Manitowoc. 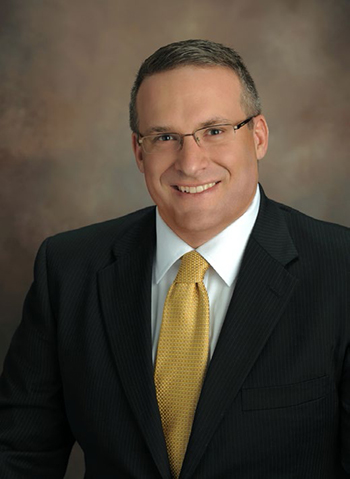 Progress Lakeshore is an economic development organization – a partnership of private businesses and local municipal partners throughout Manitowoc County. The organization’s Executive Director, Peter Wills, explains, “Workforce talent attraction – that’s our number one priority. To help promote that, we are working with partners on Coolestcoast.com. It’s a website featuring the great things about Manitowoc. Like many communities, we lost a number of our large manufacturers years ago, so one of the key things we’ve done is to attract new business to reuse the former Manitowoc Company crane facility, which the company exited in 2016. In 2018, Robinson Metal relocated here from De Pere, Wisconsin and expanded. Then, in 2019, Alliance Laundry took over the remainder of that facility. They are one of the largest producers of commercial washing machines. So in addition to the downtown, the outlying manufacturing facilities are also getting reused.”

Businesses are attracted to Manitowoc for its central location, 30 minutes from Green Bay and Sheboygan, right off of 1-43, making it convenient for manufacturing, for workforce, and for retail. In the renewable energy sector, Broadwind Towers is one of the largest producers of utility scale steel wind energy towers in North America and has a large manufacturing plant in a former shipbuilding facility in Manitowoc. And a new 159,000-sq.-ft. Meijer supercenter just opened in the city. That was an investment of over $14 million.

Tegen reports, “Another new development was a former golf course that was owned by a non-profit and has recently been undergoing redevelopment. The city has worked through Tax Increment Financing on a public-private partnership to put in new infrastructure for a commercial and residential development called Bayshore, located on Memorial Drive along State Highway 42, which runs along the lakeshore. The property’s location right across the street from the lake has helped us secure a senior living development, and a new Baycare Clinic is expected to break ground this year at around 45,000 sq. ft. A financial institution is also looking at a location there, with a mix of 80 apartment and condo units kicking in this year, as well.”

The resiliency of this city cannot be understated. In the last few years, the community lost two major businesses – the Manitowoc Company and the Mirro Aluminum Company, which employed tens of thousands of people over their 100 year existence in the city. Those businesses were the lifeblood of Manitowoc. As the Mayor attests, “Without them, we wouldn’t be where we are today. But they both left. The scary part for the city in the 1990s, when Mirro was talking about leaving, was what are we going to do? Because that was our bread and butter. But today, every single Mirro property, except one, and every Manitowoc Company property has been taken over by another manufacturer – smaller businesses that were kind of in the background like Lakeside Foods. Just last year, they invested almost $60 million in new improvements at their facilities. They consolidated a lot to move to Manitowoc.” 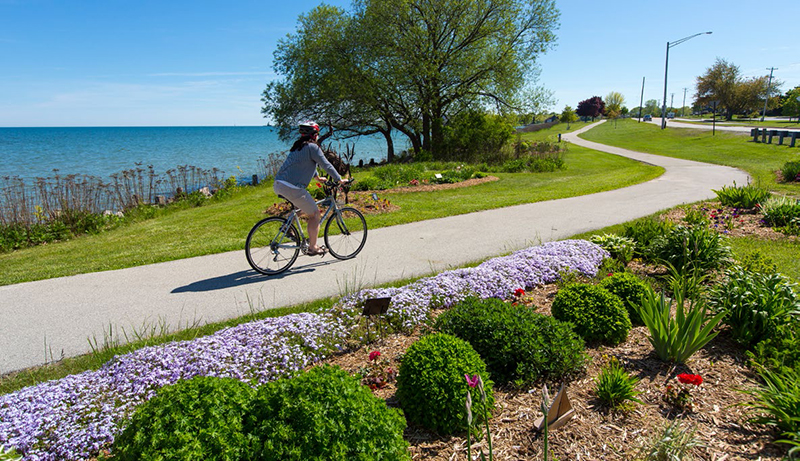 The city’s public utilities have some of the lowest electric rates and water rates in the entire state because the division is well-maintained and publicly-owned. “We’re not looking for profit,” says the Mayor, adding, “All these moving pieces really came together after those two major companies ran this community for a century. Considering what we were faced with in the aftermath of them leaving, the result is pretty impressive. So many companies of under 300 employees that took over for those two, the resiliency of this community and where we’re at today is amazing. We’re very fortunate to be living on the river and the lake. Being a city that’s 150 years old, our lakefront and riverfront was industrial and that’s where people dumped everything. They turned their face away from it and now we’re doing the exact opposite: embracing it and building the future along it.”

Wills notes, “It’s about putting our face towards the water. The newest developments – the CN peninsula, the Bayshore development, the downtown – it’s all centered on the water. Having the S.S. Badger come in during the summer, back and forth from Luddington, as an attraction has really made the lake a key asset versus just a mode of transportation. We’re really over the hump and polishing the diamond now.”

WHERE: On Lake Michigan at the mouth of the Manitowoc River

Vinton is a third generation, family owned and award-winning road construction business that has been providing quality concrete paving, grading, underground utility, custom material crushing and demolition services to the state of Wisconsin, its municipalities and airports for the last 75 years. Our experienced management team, talented and skillful tradesmen and women work safely together to diversify our services to produce a high quality, award winning product in a timely manner and at a fair price. Vinton Construction Company is building the road to your future.

With locations in Little Chute and Jefferson, Wisconsin, Scott Skinkis Operates Highway Landscapers which was founded in 2001. Scott along with his wife Mary have built the once small company, up into what it is today. Highway Landscapers offers a diversity of services including, but not limited to, box culverts, Highway Sign Structures, concrete work, decretive retaining walls, bio filtration system, park and trail construction, commercial landscaping, street and road construction, highway construction, guard rail, & pedestrian bridges. Highway Landscaper’s employees 70 people including both of Scott and Mary’s sons, Donny and Rich who will one day take over the company name.