With more than 20,000 square kilometers of lush green landscape and miles of majestic pacific shore, the North Coast Regional District of British Columbia covers a unique geographical area filled with a rich history and culture. “We provide quality services to residents and visitors, while harmoniously representing the region, history and culture,” shares North Coast Regional District CAO Daniel Fish. “We aim to attract new visitors, residents and investors to this unique region.”

Located on the west coast of British Columbia, the region stretches from the Skeena River to Haida Gwaii, separated by the Hecate Strait. North Coast Regional District has a population of around 19,000 and encompasses five municipalities, four electoral areas and nine First Nation bands, with administrative headquarters located in Prince Rupert. Electoral Areas  A and C make up the mainland area and include the unincorporated communities of Doge Cove and Oona River, and everything from the Skeena River south, including Humpback Bay and Hunt’s Inlet, as well as First Nation communities of Hartley Bay, Lax Kw’alaams, Metlakatla and Kitkatla. Electoral Areas D and E are on Haida Gwaii and include the unincorporated communities on rural Graham Island and Sandspit, as well as First Nation communities of Old Massett and Skidegate. Incorporated municipalities within the regional district include Prince Rupert and Port Edward on the mainland, and the Villages of Masset, Queen Charlotte and Port Clements on Haida Gwaii. 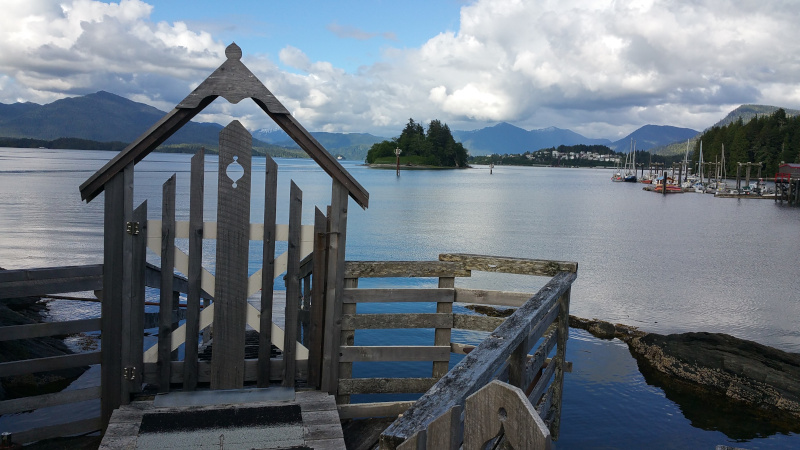 “What really makes us unique is our geography,” Fish explains. “Typically you’ll see regional districts focused around some sort of land that’s got common areas of interest. We’ve got a mainland area and a Haida Gwaii area, and we are separated by the Hecate Strait, so we have quite a large geographic area from which to deliver services.”

The North Coast RD is one of 27 in the province, and it’s run by a 10-member board that represents each of the various communities. It was incorporated in 1967 as the Skeena Queen Charlotte Regional District, but rebranded in 2016 after the Queen Charlotte Islands were renamed Haida Gwaii to better reflect the aboriginal influence of the area. The region’s many areas come together with a few core values. Fish reports, “The values of this region are balance and the unique geography, so the professional opportunities within the regional district are well suited for a work-play lifestyle balance. We maintain and afford a high quality lifestyle and connection. We unite residents across varying geographies and cultures under one region.”

From the North Coast shores you can hike, fish and surf, see soaring eagles and breaching whales, and take in the rich ancient culture of the Haida and Tsimshian First Nations. “We are a very culturally rich area,” says Fish. “Many years ago, someone told me that you find so many people that are dedicated to the arts in the First Nation area of this region, as opposed to other First Nation regions throughout the province, and that is because we are coastal and food supply has always been quite bountiful. So, way back when, you’d have other hunter-gatherers needing to spend their time finding sources of food – fish and wildlife has always been quite bountiful here and that created this additional time for people to focus on the arts and culture and less on survival.”

The large geographic area presents challenges for the RD to provide services, but they still manage to deliver a comprehensive service portfolio to residents. They provide general government services which include running elections, grants, and aid to the community, as well as recreation services, limited fire service, emergency planning services and funding assistance to various museums and cultural organizations. The latter is of utmost importance. As Fish attests, “If you look at our purpose, heritage and culture are certainly another one of our core values. First Nation heritage and culture are a proud and prominent aspect of the regional district and much effort is made to educate about the past, as well as keep practices alive for future generations.”

The RD also provides a community water system in Sandspit, as well as waste management and recycling services, including a landfill on Haida Gwaii and a recycling depot in Prince Rupert. “The facility we have here in Prince Rupert actually processes the material from all the communities in the regional district,” says Fish. “It’s the end processing facility for all of our communities.” They are currently working on a plan to improve the recycling center through a number of capital upgrades. In 2016, an asset management planning analysis was undertaken. It focused on the recycling facility and identified some capital servicing requirements based on different community growth scenarios. Fish notes, “Those were in the tune of $1.8 million and range from roof upgrades to electrical upgrades to some structural considerations all the way down to the installation of weighted truck scales, new auto-tie balers, and some of the more heavy capital equipment you’d find in the depot.”

The North Coast RD is also in the process of completing a housing-needs assessment, based on the changes they saw between the 2011 and 2016 census. “We have lost some residents in the regional district as a whole,” Fish says. “But it’s going to be interesting to see what happens over the next couple of years. I think you’re going to see a push from people wanting to leave larger, urban centers for more rural and remote areas. We are already starting to see that, but I would say probably even more so over the next few years. Certainly, that’s on our radar and one of the reasons we are trying to take stock of housing needs in the region and put together a strategy based on those findings.” 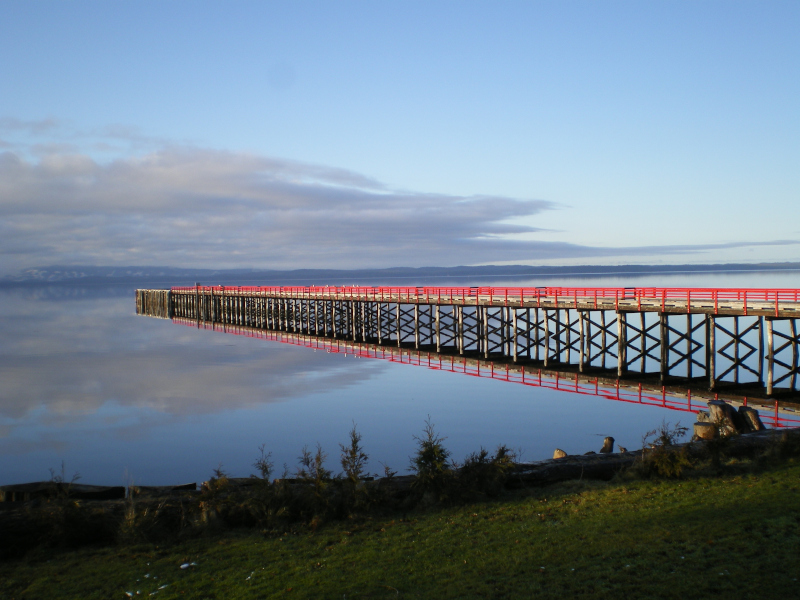 Another major focus for North Coast is on the environment, since the regional district covers a vast and lush landscape. “Tying back to this whole coastal piece and our rich, First Nations culture, I think environmental stewardship has always been first and foremost on a lot of people’s minds,” Fish explains. “Certainly, we want to take care of the natural beauty that we’re surrounded by day in and day out.”

The effects of climate change is a major concern. He adds, “We are taking a look at an assessment for the communities on Haida Gwaii; looking at some areas of concern where we are already seeing degradation of road infrastructure, tree-fall events, etc. We are in the process of completing a coastal erosion flood hazard mapping project, as well as tsunami hazard mapping project. Determining what we might expect in terms of sea level rise and erosion failure instances, and at tsunami impacts that would arise from something like an Alaskan Aleutian or a Cascadia sub zone seismic event.”

As for their workforce and major industries, it’s hard to narrow down exactly one. “That’s where our geographic divide comes into play,” Fish explains. “On the mainland is some fairly significant industrial activity, including one of the largest ports in North America, here in Prince Rupert. And over on Haida Gwaii I would say they are focused on forestry activities and tourism. Tourism throughout the region is a pretty big one, but on the mainland side of things you have more traditional resource-based industries.”

For more rural communities, like those unincorporated communities in electoral areas A and C, the only transportation available is by boat. Residents must have access to their own transportation or an arrangement through seaplane providers. “One great thing about living up here is it’s relatively small, everybody knows everybody, particularly if you’re out on the water – so it’s easy to hitch a ride if you need it,” Fish explains.

Despite its vast geography and varying needs, the North Coast Regional District remains united. “It’s a pretty wide gamut,” Fish says. “But there’s one thing I would say we all share in common and that’s our connection to water – the ocean here.”

What: A regional district made up of several different municipalities and First Nation bands

Where: Located on the west coast of British Columbia