United for a better future

Janesville is the county seat and largest city of Rock County in south-central Wisconsin and a pleasure to behold. Blessed with hundreds of acres of parkland and miles of trails to explore, an award-winning botanical garden, 13 charming historic districts, and a quaint downtown for shopping, dining, and relaxing, the city welcomes visitors, residents, and businesses with open arms and opportunities galore.

Geographically, Janesville is positioned 30 minutes north of Rockford, Illinois, 30 minutes south of Madison, Wisconsin, and about 12 miles from the border between the two states. Economic Development Director, Gale Price, recounts, “The city has had a long history of industrial manufacturing in the community. For 90 years, Janesville was home to a General Motors manufacturing plant. That plant closed in 2008 at the beginning of the great recession and as a result we were in our own very serious state of recession – so we got a double whammy.”

During that time, unemployment was up over 13 percent and there was 4 million square feet of vacant industrial space in Janesville and Rock County. So in 2010, a consortium of private businesses, Rock County, the Janesville Economic Development office, and the local chamber (Forward Janesville), incorporated and partnered with the Beloit Chamber and Beloit Economic Development to create Rock County 5.0. The idea was to collaborate on a plan for moving forward to help the area recover from that period, focused on marketing existing assets and strengths, with the goal to backfill vacant spaces and restart the growth of the community from both the manufacturing/business side and the residential side.

It took some time to take root but in 2013, the city started seeing the fruits of those labors. The local plastics manufacturer built a new plant and then, since 2015, things have taken off. Janesville acts as its own industrial developer; it buys land and prepares it for industrial use with water, sewer, all utilities, streets, and then it markets that land through Rock 5.0 and the Wisconsin Economic Development Corporation. The largest success to date was in 2015, when an agreement was negotiated with Dollar General to build its 13th distribution facility in Janesville. That one million- sq.-ft. facility on 124 acres guaranteed 550 jobs for the community. It opened in early 2017 and has been a very successful company, a quality employer, and put Janesville on the map with site selectors who realized the city had a speed-to-market collaborative approach to working with developers and helping them stay on their timeline. 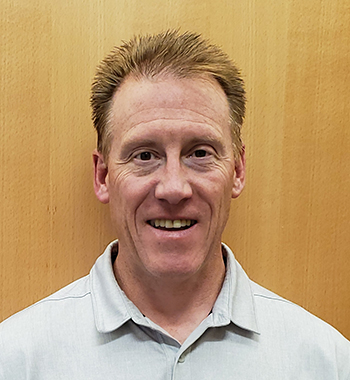 Price admits, “It didn’t hurt that we have a good, strong, smart workforce here. For example, in late 2015, we entered into an agreement with Castle Metals to consolidate and locate in Janesville. They had facilities in Chicago and Minneapolis and decided that Janesville was the perfect spot to distribute to both locations. They worked with a local developer to construct a 208,000-sq.-ft. building that opened in 2016. All their prospective employees have to take a skills test. The pass rate in the Chicago Metro area was 15 percent. In Janesville it was over 70 percent. It speaks well to our good education system and smart workforce. We may have lost a major employer, but we’ve maintained high quality living. The population base is steady at 63,500, and it’s just a great news story.”

The industrial economic development policy funded by Tax Increment Financing (TIF) has been a godsend for Janesville. Wisconsin allows industrial development over greenfield sites, where some states do not. That has allowed the city to buy land and prepare it for development with the anticipation of successfully obtaining industrial projects. Every project is different on a needs basis, so the developer needs to demonstrate that need. A project that is going to create $1million in tax revenue over 10 years would be eligible for about $200,000.

The largest infrastructure project in the area, right now, is a state project to widen I-39/90 from the state line through Janesville all the way up to Madison. That is a five-year project that will finish up in 2022. The major interstate improvement and widening will be done in 2021, and then 2022 involves some state and local highway connectors, after the bulk of the project is complete. The importance of that project is that the section from Madison to the state line has been a bottleneck of truck traffic for distribution activity. It was only two lanes wide and has been expanded to three lanes in certain key areas like Janesville, and up to six lanes in each direction for some small portions of that. It’s a priority for the city because when discussing distribution and attracting industrial projects, they can assure companies that shipping in and out will not be hindered by a lack of freeway lanes.

On the downtown front, Price explains, “Our downtown is large and very linear; we have a big section on Main St., a big section on Milwaukee St., and they intersect on the east side of the river. Within that is the other major infrastructure project called ‘Arise.’ It is placemaking in our downtown. With grants through the Wisconsin Economic Development Corporation, we’ve been able to gradually build a town square. Two years ago, we completed the west side – the Great Lawn, the Festival Street, and the Bubbler. This year we’re finishing the east side. Our partners at the local chamber have done an amazing amount of fundraising that paid for the upgrades to the base infrastructure that the city provided. And the owners of Blaine’s Farm & Fleet, Jane and Mick Blaine, are making a donation for the Blaine-Gilbertson Memorial Bridge – a pedestrian bridge in the middle of town that crosses the square. That should all be done at the end of October.”

The city felt a need to do something significant in the downtown to create a place that people could embrace that is iconic to Janesville, and to help promote reorientation of the backs of stores to face the river, using the river as an asset rather than a detriment. That transformation has convinced people that downtown is the place to be. And it is starting to spur other investment in the downtown and reinvestment in the historic building stock.

Another part of attracting business is having a strong, skilled workforce. The city was working with education partners like Black Hawk Technical College on the training side, but then they started hearing from local employers that they were having trouble attracting labor because people couldn’t find a place to live in Janesville; or that their employees were having to commute from another community with more housing choices. “So in June 2018, we held a Housing & Development Summit to understand where the community was from a housing standpoint,” says Price. “And the overarching issue that came out of it was that rent had not kept up with construction, and that without profitability for a project, we would not get multi-family built in Janesville. And without that housing stock we’re going to have trouble attracting professionals for our companies. So the city amended our development policy to aggressively promote multi-family development, and we started marketing the city to developers from outside of town to make investments in the community.” 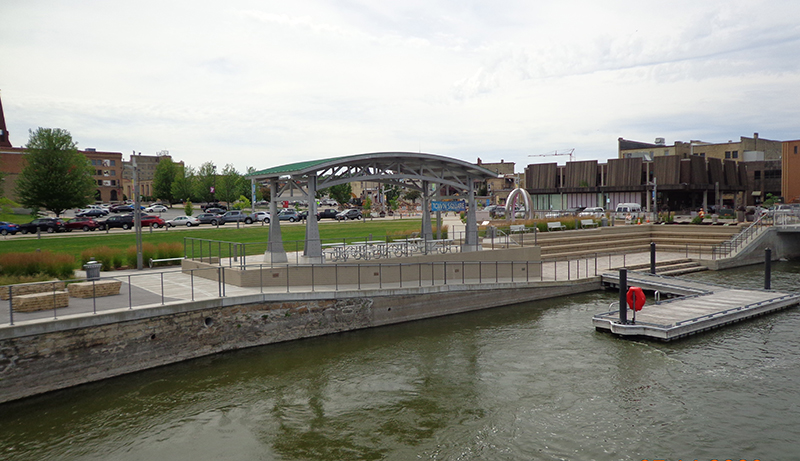 And it worked. By pivoting to meet the housing needs of its citizens and employers, the city now has three significant multi-family projects under construction: a low-income tax credit project downtown and two other market-rate projects. One is near north of town with 115 units, and another is a high-end project at the far east side of town with 256 units designed as executive level.

Price is pleased to share the story of how Janesville, which was identified for a long time as a one-horse town, is reinventing itself to move forward. He emphasizes, “That’s a key. And it’s how the city has adjusted its economic development programs to attract major employers and is fostering growth in its existing employment base. Also, is the uniqueness of our collaboration through Rock 5.0; recognizing that we’re all in this together in Rock County. Developers often pit cities against each other but that just doesn’t happen here because we’re all on the same team.”

Frank Silha & Sons Excavating is a regional industry leader, providing a full range of excavating services. The company has always been committed to having state-of-the-art equipment and technology to meet the customers needs. With the six aggregate pit locations, they are a full-service contractor to meet your project needs.