The J.F. Wilkerson Contracting Company, Inc. was founded in 1965 and incorporated in 1968 in Roxboro, North Carolina, by Joseph Fenton Wilkerson and his son, Joe Jr., the firm’s current president. The company’s line of business includes providing general contracting services such as constructing water and sewer mains, replacing existing utilities, and upgrading large municipal systems. Today, the family-owned business is located in Morrisville, North Carolina and has 63 employees.

“We cover about a 70-mile radius in the Raleigh-Durham area,” says John Patrick, Vice President of Operations, who runs the company with Joe and Joe’s son, Brian. “Most of our work is for government agencies, putting in underground water and sewer infrastructures. We hard-bid to the owner who is generally either a county board or a county administrator, or a city or town.” 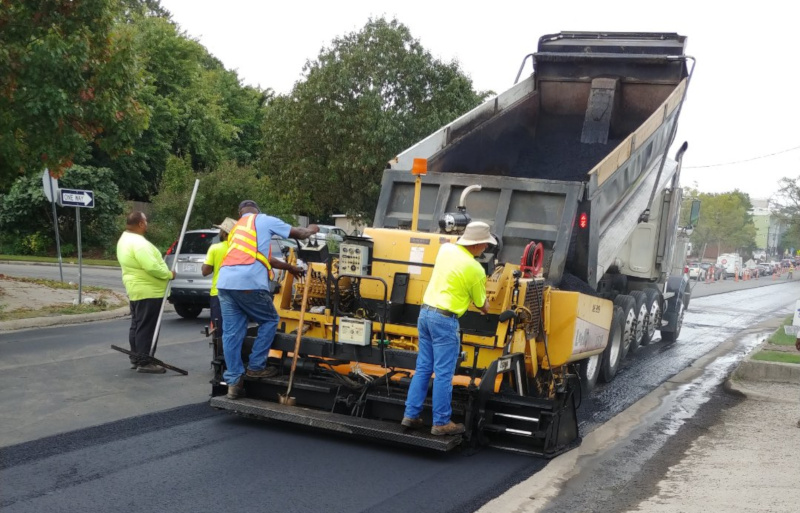 Patrick believes that J.F. Wilkerson has certain advantages in what is a competitive sector, one where most jobs tend to go to the lowest bidder. “Most of our work comes down to price,” he avers. “But what gives us our competitive edge is our production and our low ownership costs. We have no debt. That’s our biggest tool for competition. Everything is paid for when we buy it – specifically the equipment – which keeps our costs down. When you have zero debt, it is a wonderful place to be in. Everything’s based on cost, and debt is a percentage of whatever that cost is. And your costs are lower with no debt. It just makes us much more competitive.”

“And we’ve been around so long that we’re known,” Patrick adds. “So, you get a competitive edge in materials pricing, sometimes, especially locally. We have a reputation of paying our bills very promptly, which helps in pricing with vendors for materials and even sub-contractors.”

Regarding the company’s suppliers, Patrick says that it deals with two major vendors for its pipe: Core & Main and Ferguson Enterprises. “With Core & Main, there has been a long and productive partnership,” he affirms. “Their sales representative, Mike Driskill, is our partner from the bid process to solutions when challenges arise on the jobsite. Core & Main brings the local expertise with a national supply chain. “

Some recent company projects include: the White Furniture Storm Drain, Durham Loop, and Rooms to Go. White Furniture was a large storm drain project located in downtown Mebane, NC, and paid for by the city. The White Furniture Company, which was founded in 1881, had been converted to apartments, and the existing storm drain system was enlarged and re-directed. Durham Loop was a $10 million, major system upgrade in Uptown Durham, NC. Many old, undersized water and sewer lines were replaced with new larger ductile iron pipe. New services were connected to the office buildings, and new fire hydrants and fire lines replaced the old, smaller diameter pipes. “Rooms to Go was actually for the town of Dunn,” says Patrick. “We put in some above ground water storage for fire suppression, a fire suppression pump, and ran the water mains to them. That was the agreement they had with the town to get that distribution center there, so that was a public bid, as well.” 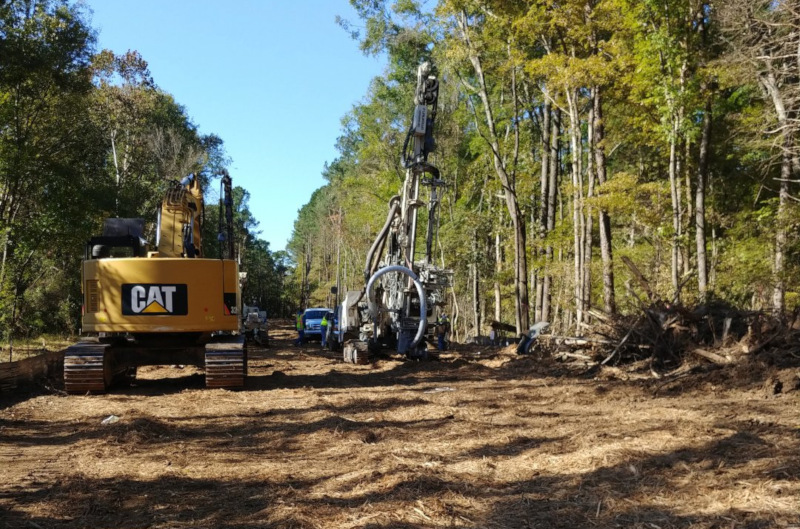 Like many companies in the construction trade, a challenge for J.F. Wilkerson is in finding skilled labor. Patrick explains: “If they’re skilled labor in this business, they’re working. The only way we’re going to find labor is either advertise or word-of-mouth, sometimes. We’ve even gone to temp hiring agencies, especially for entry level. It’s hard to do when it comes to the skilled positions of foreman and certain kinds of project managers – things of that nature. It’s challenging; we could be a lot bigger than we are, but we’re limited to the skilled labor portion. I cannot expand without some of those key positions and there’s not the personnel out there unless I’m willing to go and rob from competitors and that’s not a good practice. Everybody knows everybody; you start doing that and it can turn into a price war – it goes bad in a hurry.”

Of course, if someone should want to work at J.F. Wilkerson they’d be plying their trade in a safe and secure environment – the shop has accumulated hundreds of thousands of man hours working safely. “Safety First” is the company’s daily safety motto that is posted at every jobsite, at the shop, and on the hard hat stickers that employees and subcontractors see daily. J.F. Wilkerson has also earned many safety awards over the years, including several from the National Utility Contractors Association and the Associated General Contractors of America.

During the ongoing Corona virus pandemic, many companies have had to shut down or curtail their operations. Luckily, J.F. Wilkerson was deemed an “essential business” and has not stopped operations for a single day. “Water and sewer construction activities, especially when working for government agencies, has not been affected yet due to Covid, especially in North Carolina,” Patrick reports. Of course, the downside is that there is more competition now for the existing public contracts as the number of jobs in the private sector has contracted. “I have noticed on some jobs that have been bid, lately, that the number of participants has increased; where we’re seeing three or four contractors bidding a job. I saw one last week that had 11 or 12. The backlog is starting to dwindle for the contractors that dabble in both the public and private part and the subdivision/commercial part is drying up. Some contractors do both and they’ve got to keep their people busy. We’ll do the same thing when times get tight; 99 percent of our work is public sector, but we’ll start jumping into the private sector if need be, or hunt work anywhere we can find it.”

Going forward, Patrick says that his goals for the future are to “maintain the workforce that we have; maintain the level of income; and continue a smart and productive growth, while keeping flexible enough both with cash flow and liquidity. We are a local, family-owned business that’s been in business for over 50 years and we’re not only continuing, we’ve grown, and doing multi-million dollar jobs. To do work for government agencies is not an easy task, but we’ve specialized in it and have become very successful at doing it.”

WHAT: A public utility contractor

GoDurham – “We move the city”