G Fedale Roofing & Siding – It’s all in the name

G Fedale Roofing & Siding is a family-owned business serving the state of Delaware, southeast Pennsylvania, Maryland, and southern New Jersey. The company does commercial and residential work and specializes in roof replacement, repair, and inspection; and siding, window, and gutter replacement and repair. It was founded by Glenn Fedale, the oldest of ten siblings, who, according to family lore, was an entrepreneur from the get go, starting his company in 1995, at the tender age of 23.

“I was working for another roofer and saw the need for a more structured service provider,” he recounts. “And I felt confident that, with my knowledge and mindset, I could offer it.” “Glenn started the company out of his garage,” says brother Adam. “The focus was on providing a service with a customer-first mentality. In short order, he needed to hire an additional estimator, so I came onboard to help out. Then he needed to hire additional technicians and from there, each year, we were seeing five to ten percent growth.” 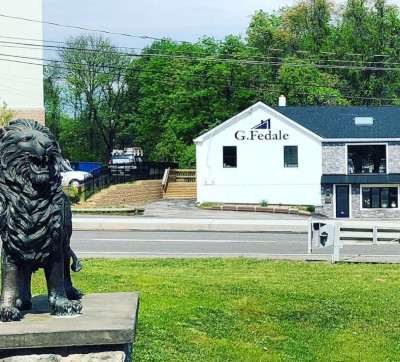 Adam believes that what differentiates the company from the competition are its core values, which are derived from the letters of the Fedale family name: “F” is for Family-oriented. “We try to treat every customer like we would treat our family members,” he states. “That starts at taking the call. We train our office personnel to speak kindly over the phone, and we make sure our estimators are treating people with respect and professionalism.”

“E” stands for Excellence. “We shoot for the excellent way to do things,” Adam continues. “I remember stories about showing up at houses and hearing, ‘This is how the other contractor left it and he said, “It’ll be fine.”’ And that’s totally foreign to us. When we leave the job, we want to leave it with excellence. We know no human being is perfect, and we may fall below that bar, but we have the bar set there, as opposed to many of our competitors.”

“D” is for Dedication. The company is dedicated to ensuring the job is done right. It stands behind its work and provides warranties that give its customers peace of mind for many years to come, and, if necessary, the company will go beyond what the warranty covers. G Fedale Roofing & Siding’s dedication to its customers has earned it an A+ rating from the Better Business Bureau, which also gave the company its Torch Award for Ethics in 2015.

“A” is for Attitude. “We try to do it all with a positive attitude,” Adam avers. “You can’t be hemming and hawing when you’re working with a client and expect it to be other than a miserable experience. It’s amazing how having a positive attitude goes a long way.”

“L” stands for leadership. “We set that from the top down,” Adam notes. “Glenn, our brother Allen, and I wouldn’t expect our employees to do something any differently than we would deal with it ourselves. That’s garnered a lot of respect from our employees because they know that.”

Finally, there’s “E” which stands for experience. “We’re thankful to be able to say that we have certifications from some of the best manufacturers in the world,” Adam explains. “GAF, for instance, the largest manufacturer of roofing in the world, has given us their highest commercial and residential certification. We’re considered a CMP contractor which stands for Certified Maintenance Professional, and we’re also a Master Elite President’s Club certified in solar, which, on the residential side, is their highest level. Firestone, one of the largest companies for producing rubber single ply membrane for large commercial flat roofs awarded us their Red Shield Contractor, so we’re a certified installer through Firestone. And, we’re the only certified installer for the Cedar Shake and Shingle Bureau in the State of Delaware.”

Other certifications that the company has garnered include those from such companies as Tamko Building Products, Owens Corning, and Shingle Master. “These big manufacturers put their name on the line to offer the same kind of warranties that we do, trusting that we’re going to install to the manufacturer’s specs,” says Glenn. “They want to be the best roofing system out there that building owners can trust and they’re very skeptical about who they allow to carry their name – guys who know what they’re doing. It’s less than two percent of roofing contractors in the nation that have these accreditations and we have multiples, so that puts us in a very, very small percentile.” 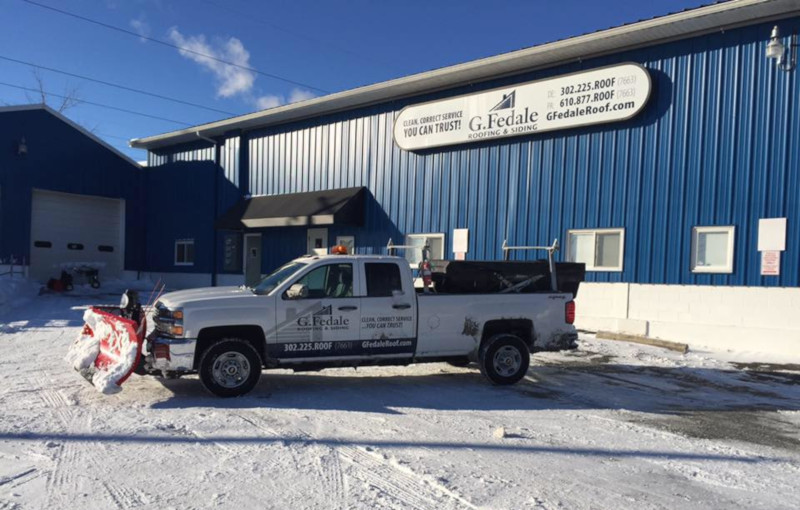 Another characteristic which makes G Fedale Roofing & Siding special is its involvement in, and service to, the community – most especially in its Roofs from the Heart Program, wherein the company partners with some of its manufacturers to give away free roofs to households in need. Allen explains: “We had this idea to support the community that has stood behind us for the years that we’ve been in business. We teamed up with the Wilmington Blue Rocks – a minor league baseball team. They have a strong following on social media and they did some advertising for us on the radio for this program and announced it at their stadium. We ended up getting 400 nominations, and we narrowed it down to three finalists. We put it out on social media for the community to vote on the winner. We told about each individual and why they deserved a new roof and the outpouring of support from the community was enormous and we were really touched by it. We felt that we couldn’t just give one individual the free roof, so we ended up giving all three of them a free roof. It really felt good and the community took to it. So, we try to do it at least once a year. We get our employees and the community involved and it’s really taken off.”

The company also partners with Habitat for Humanity. “Last year, we were named Donor of the Year,” says Glenn. “It’s been a constant partnership. We encourage our guys to take action in charities. Also, there’s a place in Wilmington, Delaware, where the family all grew up. It’s a detention center and juvenile prison called Ferris School for Boys. That’s been a project of mine for the last seven years.”

Family values, excellent work, dedication to its customers, a positive attitude, confirmed experience, strong leadership, and service to the community – these are the characteristics that define G Fedale Roofing & Siding and make it the successful company that it is today.

Check out this handpicked feature on Best Choice Roofing and Home Improvement Inc..

WHAT: A family-owned construction business

WHERE: Headquarters in Wilmington, Delaware

The Watsonville Municipal Airport – For general... 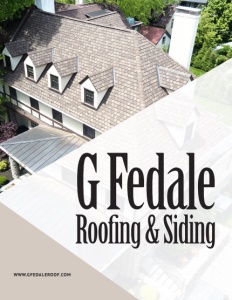