With proven performance as a solar contractor, a strong and experienced team and a passion for serving its customers, Fosler Construction is definitely in the right place at the right time. This Illinois-based company recently ranked 445 on the Inc. 5000 ranking of the nation’s fastest-growing private companies, and has seen a significant increase in business as technology advancements have made solar an efficient and affordable energy source and utilities and industries work to address climate change.

Founded in 1998, Fosler Construction started out as provider of commercial and residential remodeling services, and new vertical commercial construction. But according to Company President Paul Fosler, the family-owned company soon realized there was huge growth potential in supporting solar projects in the state.

He explains that Illinois’ location in the middle of the U.S. means many electrical grids traveling north-to-south and east-to-west pass through it, so the state could ultimately become “the Middle East of the renewable energy world.” He says this untapped potential was something that the company simply couldn’t pass up, so they began to familiarize themselves with the solar market – undergoing training, investing in new equipment, and gaining industry certification – while continuing to honor their existing construction commitments. Fosler Construction began selling solar projects toward the end of 2018. 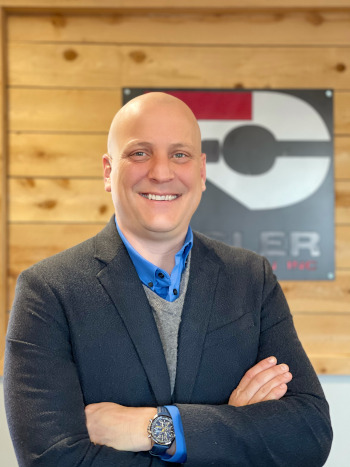 “Once we entered the solar market, things started growing pretty fast,” Fosler says. “By the spring of 2019, revenues for our solar work outpaced our residential and commercial construction projects, and kept increasing exponentially. In 2018, our company had about $6 million in revenue, compared to $1.6 million in 2017. We grew a little over 300% in a year, while still maintaining roughly the same volume of construction work, mainly because of our solar projects.”

Even though he’d worked in construction for 20 years, the company’s rapid growth came as a surprise to Fosler as many of the most promising projects had previously gone to larger companies. “As a smaller company we had a lot of hands-on expertise that we were bringing to our solar projects, a dedicated and excited team, and a strong track record of solid performance. We were very focused on making sure we built good quality products and that we worked safely as opposed to just focusing on being fast and turning in a high profit,” he says. “That paid off, and our customers learned they could rely on us to do the job right, and they saw we have the ability to ‘speak both languages’ in terms of understanding the commercial construction business and understanding the solar installation business.”

By 2019, Fosler Construction had installed around six megawatts of solar capacity, making it approximately the 150th largest solar contractor in the country. Last year, the company installed around 40 megawatts of capacity and that number climbed to 72 megawatts as of 2021. “Today, our focus is completely on renewable energy,” Fosler notes. “We’re continuing to grow, and opened an office in East Syracuse, New York, in January. We are expecting to complete about $60 million of projects this year, having bid projects in Kentucky, Nevada, Pennsylvania, Ohio, Alabama, Mississippi, Maine, Maryland, Massachusetts, New York, Wisconsin, Indiana, and Ohio.”

The company has found value in working with the United Brotherhood of Carpenters and Millwrights which provides trained, educated and skilled workers. “Of course, there’s an increased cost to be a union contractor as we’re competing against the non-union companies in the market,” Fosler says.  “But even so, we are out-competing them massively in terms of value because we’re building projects safer, faster and better. We’re also hiring more female workers. In 2017, we employed about seven people and now we are employing just under 200. Revenue growth is great, but in the end, it’s people that matter the most, and I prefer to measure our success through job creation rather than just revenue.” 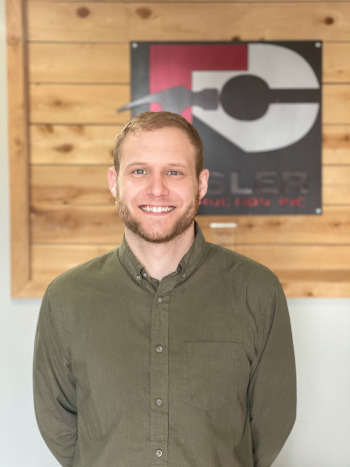 As an essential industry provider, the company has continued to operate throughout the COVID-19 pandemic. “Fortunately, we only had one project shutdown, which lasted about a week,” Fosler notes. “In our office, however, it was a different story. We had an outbreak that meant we had 17 positive cases out of 22 members of staff. I was sick for about nine days and had to be admitted to intensive care. It was a real learning curve for me personally and for the company. Our safety director, Jeff West, puts a huge emphasis on safety, and we have implemented a host of new pandemic-related safety guidelines to keep our employees safe. We are committed to ensuring a safe environment and workplace for all our employees.”

While the challenges of maintaining strong operations during a pandemic have exemplified the company’s resilience, the impact of COVID-19 has not completely subsided. “We’re still dealing with shipping delays and record prices for steel,” Fosler says. “Although we’ve been relatively unscathed as a company so far by the pandemic, we’ve definitely tried to be as proactive as possible to mitigate any impacts.”

Giving Back and Moving Forward

Fosler Construction believes in being a good corporate citizen and is proud of its work to help disadvantaged families in Illinois. “We had a unique opportunity to take part in the Illinois Solar for All initiative, supporting the construction of solar projects to provide power to low-income families, and supporting the ComEd Cares program to support some of the state’s most in-need residents,” Fosler says.

He adds that the company and its employees understand the importance of being a relationship-based company. “Maintaining strong ties to our customers, to the communities where we have operations and with our employees have been important as we’ve navigated the complexities of the solar market and we feel they are essential to our growth in the future as we expand into new markets across the U.S.”

“Three years ago, I would never have guessed that we’d be where we are today,” Fosler continues. “Looking ahead to the next three years, I hope to stay on the same trajectory and maintain year-over-year growth of 100% or more. We completed projects involving 19.5 gigawatts of solar energy last year, and we really need to double that just to meet state and federal standards around renewable energy by 2025. By bringing our expertise in construction, in maintaining budgets and schedules, and in working safely, Fosler Construction can be an important part of meeting that target.”

What: Family-owned company specializing in solar construction and all residential and commercial construction.