Fond du Lac, Wisconsin is a city of about 43,000 on the southern shore of Lake Winnebago, the second largest freshwater, inland lake in the country. The name Fond du Lac is a French term meaning “Foot of the Lake,” i.e. its southernmost tip. The area that became Fond du Lac County was first inhabited by Native American tribes, primarily the Winnebagos, but also the Potawatomi, Kickapoo, and Mascoutin who lived or gathered in the area long before European explorers arrived. It was settled by French traders at the end of the 18th century.

The town of Fond du Lac was founded in the 1830s. Its first school was built in 1843; the first railroad came in 1852, the year that the city incorporated. By 1870, it was the state’s second largest city. Logging and milling were primary industries into the late 1800s, with access to Lake Winnebago as the main driver of commerce. By the turn of the twentieth century, the logging boom had run its course in Fond du Lac with many mills either having moved on or shut down. However, in the early 20th century, the city still continued to be a commercial center for agricultural products from the surrounding area. Since the late 1930s, the largest employer in Fond du Lac has been Mercury Marine, a maker of outboard motor engines and one of the world’s leading providers of marine propulsion.

Recently, the city of Fond du Lac embarked upon a journey of self-discovery and re-evaluation in a community initiative called Envision Fond du Lac. Over the course of more than a year, nearly 30 public, institutional, and private entities, as well as hundreds of residents, came together to envision the city’s future, ten, twenty, thirty years down the road. In addition to being a planning blueprint, Envision Fond du Lac also served as a vehicle for the entire community to move forward with a common sense of purpose and direction.

“We have some great organizations in this community,” says Craig Molitor, who works at the Fond du Lac Area Convention & Visitors Bureau. “The Association of Commerce; the Visitors Bureau; the Economic Development Corporation -CRAIG; a downtown partnership; a thriving arts community; all of these organizations, and others, non-profit and for profit, are all toiling away, doing things for the community. But, we were all working in a siloed way. What Envision Fond Du Lac did was force us to come out of our respective silos, sit across the table from each other and say, ‘Hey, I’m doing this; why don’t you join me?’ or ‘That guy across the table is good at this; let’s bring him in.’ All of our many organizations are now starting to work together much more cohesively.”

Molitor explains that Envision Fond du Lac was borne from a project initiated by the city’s business group, the Association of Commerce and its Leadership FDL Program, which hired a consulting firm with experience in community visioning. “And for better than a year, the Envision steering committee, working closely with the consultants, spent hours and hours reaching out to the community,” he says. “We hosted a lot of workshops and listening sessions. We had an online site for folks to access. Basically, we said to the community of Fond du Lac: ‘What do you folks think?’”

As a result of all that input, Envision Fond du Lac focused on three big ideas: recalibrating the city’s economy for the 21st century which includes becoming a primary hub for entrepreneurship, small business start-ups, and quality job growth; enhancing the community’s identity, brand, and distinct sense of place; and investing in the city’s children while attracting and retaining young students and professionals to replenish its aging population.

Envision Fond du Lac contains many strategic objectives and actionable items distilled from its three main areas of focus, as well as several “moon shots” – big ideas that the city can embrace, both immediately and incrementally, to achieve its goals. For example, although Fond du Lac is a “lake city,” it is not well-known for its waterfront. Therefore, embracing Lake Winnebago and investing in the city’s Lakeside Park is a moon shot that can transform the waterfront area and redefine the city, both for its residents and tourists, alike.

“Lakeside Park is how this community accesses Lake Winnebago and it’s how folks using Lake Winnebago can access the community,” Molitor says. “It’s really a doorway to this natural asset. We’ve come to the conclusion that the Park is somewhat under-utilized. So one of the broader initiatives of Envision Fond Du Lac is to look at the Park and to determine how we can use it more. That means things like: ‘How do we get more tourists down there?’ ‘How do we have more festivals down there?’ ‘How do we make the fishing more accessible to folks that have mobility issues?’”

Dyann Benson is Fond du Lac’s Community Development Director. Part of her job is to take the recommendations put forth in Envision Fond du Lac and move the process along, using the resources of the city, when appropriate. “The city staff does an awesome job of facilitating the process so that the citizens and business community can come together, have these conversations, come up with ideas, and vet them. And then, when it does come time to move something forward, and perhaps spend money, it’s not done in an ad hoc way,” says Molitor.

Regarding Lakeside Park, Benson says that the city created an exploratory committee made up of 25 residents who engaged in a year-long process that looked at what Lakeside Park could be. “As a result of their report, the City Council has committed, over the next ten years, to make various improvements in the Park,” she says. Some future projects include a splash pad for children and additional dining amenities so that people can enjoy the lake at all times of the day. “So, we’re looking at investing in our facilities out there and the city is committed to see that Lakeside Park is not only enhanced for our residents, but is a way to attract business and the workers that will come with those future businesses. We’re looking at improvements as early as 2017, and then have a ten-year plan for gradual improvements.”

Another moon shot is the redevelopment of Fond du Lac’s downtown to provide a premiere urban neighborhood for residents, workers, businesses, and tourists. “Our downtown is very similar to a lot of downtowns throughout the Midwest,” says Molitor. “In challenging economic times, it can go one way or the other. It can become vacant or it can become more vibrant. Downtown Fond du Lac is clearly resurging and our goal now is to make it increasingly more vibrant. A downtown is the heartbeat of a community. When people look at a community, if they’re thinking of visiting as tourists or moving to the community, or if a company is thinking of relocating, they’re going to look at the downtown. So, it is important that a downtown is thriving and healthy.”

Once again, the city has taken its cue from the Envision initiative, by putting together a Downtown Exploratory Committee charged with making recommendations regarding improvements to the City Council. “With the Exploratory Committee, we’re bringing in the public who want to see downtown thrive,” says Benson. “So, now we’ve got businesses and residents working in concert with a vision for the downtown.” One of the initiatives launched by the city is a $100,000 grant program for businesses in the downtown Business Improvement District to help restore some of their buildings’ historic, exterior facades.  “And we’re really starting to see a change,” she says. “The number of businesses that are opening or planning to open in the downtown has been amazing.”

Molitor believes that another way to redevelop downtown is to create a city Arts District. “Art is no longer a ‘want,’” he says. “It’s a ‘need.’ A community like ours has to embrace art because art is the outcome of creativity. And creativity is the engine that is going to drive the global marketplace for the foreseeable future. Creativity is where software comes from; where apps come from; where business models come from. Creativity, as demonstrated through art, is a need. So, we’re looking at our downtown district and we’re thinking, ‘How can we show Fond Du Lac’s understanding of this idea?’ We’ve got a certain area, downtown, with a magnificent arts center called the Thelma Sadoff Center for the Arts; it’s very near a historic, downtown property that we think has a great future. The downtown library is there; we’ve got a couple of privately-owned galleries there. It’s got all of the right pieces to create an Arts District.”

Benson agrees: “The city has created an Art Board and the Art Board has also entertained this same idea, so we’re just digging into that,” she says. “We’ll start with some initiatives in 2017 and continue to build on that.”

While Envision Fond du Lac has become a main driving force for change in the city, Benson adds that city government often acts upon its own initiative. A main focus of her department is proactive redevelopment of various business properties. “We don’t want to wait to see if a private market is going to step in,” she states. “For example, our Brooke Street corridor is our historic manufacturing corridor. It’s the typical multi-story manufacturing plants that you often see in other, older communities. And as those become inefficient for manufacturing purposes, and as manufacturing companies are moving out to our industrial park, we did not want to wait and have a neighborhood impacted by those buildings. So, when a local manufacturer was expanding to the other part of town, the city, immediately, stepped in, looked at the property to see what we could do, and within a couple of months of the business vacating, the city took over ownership and we were able to work with a developer. And now it is a gorgeous landscaping and garden center with additional space for commercial and retail development. That was a property that wasn’t vacant very long, and is now contributing to the neighborhood.”

As the city of Fond du Lac continues to re-imagine and re-invent itself, its prosperity will continue to be built upon the public and private partnerships that are so emblematic of the Envision Fond du Lac initiative. “We’re a city that is looking forward,” declares Benson. “We’re never content with the status quo. We’re always looking to aim higher.”

Fond du Lac, Wisconsin may be at the bottom of the lake, but it’s certainly on top of its tomorrow.

WHERE: On the southern tip of Lake Winnebago in southeastern Wisconsin

Strand Associates Inc. – Founded in 1946, Strand Associates provides specialized services in the areas of civil and environmental engineering and science. The company began as a sanitary engineering firm in Madison, Wisconsin with fewer than ten engineers. Today, it has 11 offices and projects in 48 states. In 2016, Strand Associates was ranked 180 out of the Top 500 Design Firms in the U.S. by Engineering News-Record. – www.strand.com

Hawkins Inc. – Hawkins is a formulator, manufacturer, blender, distributor, and sales agent for thousands of industrial chemicals and reagent grade laboratory chemicals sold to municipalities and businesses throughout the Central United States. Thousands of water treatment facilities, manufacturers, food and dairy producers, research labs, and many other organizations depend on Hawkins for the chemical products they need. These products range from potassium carbonate, to chlorine, to FCC grade citrates and phosphates. www.hawkinsinc.com 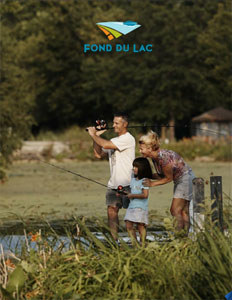