An executive agency reporting directly to Governor Ron DeSantis, the Florida Department of Transportation (FDOT) fulfills a strong mission to provide a safe transportation system that ensures the mobility of people and goods, enhances economic prosperity, and preserves the quality of Florida’s environment and communities. The Sunshine State and its year-round warm climate provides numerous opportunities to move people and goods through multiple modes including air, rail, highways/streets, sea, spaceports, transit, and bicycle and pedestrian facilities. FDOT is here to ensure those modes of travel are safe and accessible for Floridian citizens and visitors, alike. 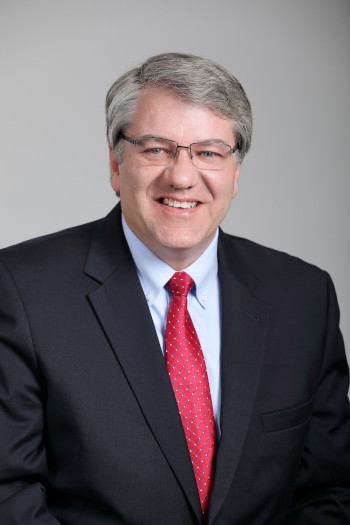 Kevin J. Thibault was named Secretary of the Florida Department of Transportation by Governor DeSantis on January 18, 2019. He is also proud to serve on the Board of Directors of the American Association of State Highway & Transportation Officials (AASHTO), as well as serving on the Board of Directors of the Intelligent Transportation Society of America (ITS America), the nation’s leading advocate in the deployment of transportation technology. In a recent interview with Business View Magazine, Secretary Thibault spoke candidly about the vital role of FDOT, its new initiatives, and plans for the future. The following is an edited version of our conversation.

BVM: How is FDOT fulfilling its mission statement?

Thibault: “Florida is a growth state; more than 800 new people a day call Florida home, even during the pandemic. And most of the growth is migration, whether domestic or international. Florida is also a tourism state. All those influences create the situation where we have to emphasize the business of delivering our mission statement, which is: how can we efficiently move people and goods throughout the state. To do that, we have four key focus areas: Improve Safety, Enhance Mobility, Inspire Innovation, and Foster Talent.”

BVM: What initiatives are being implemented for improving safety?

Thibault: “We’ve been building upon what we’ve done foundationally with safety and how we can “plus it up” as Walt Disney would say. One example is increasing safety at rail grade crossings, not only on the rail segment but on the roadway segment, as well. In December 2019, we implemented Operation STRIDE – an acronym for Statewide Traffic and Railroad Initiative using Dynamic Envelopes. Operation STRIDE employs advanced engineering applications – beyond the normal gates, signals, and signage – such as enhancing the striping at crossings, so people realize they are in that envelope.

“As of Sept. 21, 2020, more than 75 percent of the crossings we identified as having these dynamic envelopes had been completed or were in the process of being installed. And the DOT has seen a reduction in rail crossing incidents across the state because of that. At the beginning of December, 238 crossings have been completed. This includes state highways that cross the railroad, regardless of who owns the railroad, and state roadways that cross the railroad, for example leading to a state or federal park. And we developed a series of standards and design criteria for local governments and we’ve been partnering with them to push that out, so they can do the same initiative at their crossings. We’ve also worked with our local partners in helping them figure out how to pay for this, such as highway safety funds they could apply for. It was a very proactive stance on how we improve safety throughout the state.

“A second focus is on using technology for safety countermeasures related to wrong way driving on turnpikes and interstates. That has been very successful. We started implementing this initiative at locations where we had incidents – studying what had occurred and using the data to find commonalities. Our next level of implementation is to put those countermeasures in at locations that have similar situations that could set them up for incidents. For example, it primarily occurs at diamond interchanges rather than loop ramps or flyover ramps.”

BVM: How is Enhancing Mobility being addressed?

Thibault: “Enhancing mobility is defined by the community. Mobility in Tallahassee is different than other parts of the state. It’s working with our local partners, regional representatives of counties and cities, to determine and enhance the mobility needs in those areas. One initiative with that occurred during the pandemic. Back in April and May, we saw a lot less traffic on the highway. Most of the DOT staff and our construction and maintenance workers were considered essential. So, we took the opportunity of reduced traffic to accelerate construction that was already underway on some significant highway and transportation improvements throughout the state.

“For example, the I-4 private-public partnership we have in Orlando, which is a major $2 billion plus project. With the lower traffic in the Orlando area, they were able to accelerate, by months, five new system-to-system interchange ramps at the I-4/State Road 408 interchange, right in the downtown. When traffic started coming back in the summer, they saw the benefits of those improvements right away. During this time, the Florida Turnpike also became part of the E-ZPass Network. We’re working on the processes to get the technology and the policy statements to jive, so the hundreds of thousands of customers in Florida can now merge with the large E-ZPass Group in the north. That was also a major initiative.

“In Florida, we’re moving people and goods by many modes of transportation. We actually have 32 urban transit systems and 15 deep water seaports in the state, as well as two FAA licensed spaceports (Cape Canaveral, and Cecil Field, just outside Jacksonville), and we’re working with entities in the space industry – NASA, Space Florida, SpaceX, Blue Origin, etc. – on that next mode of transportation. We have created our own spaceport office at FDOT for this unique partnership opportunity.” 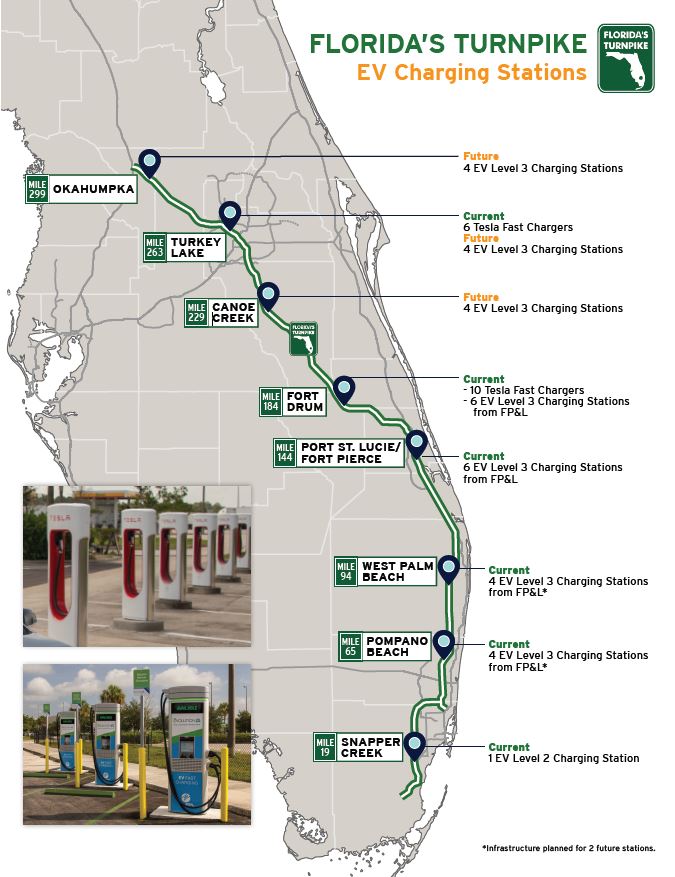 BVM: In what ways is FDOT Inspiring Innovation and Fostering Talent?

Thibault: “Of particular note in this focus area is our SunTrax facility, ideally located off Interstate 4 in the central part of the state. It is our cutting-edge facility developed by FDOT and our Florida’s Turnpike Enterprise, dedicated to research, development, and testing of emerging technologies in a safe, controlled environment. The first phase completed in 2019 was a two-mile, four-lane oval track that allows the testing of multiple technologies simultaneously. We also have a LEED-certified operations center with training and testing facilities. We are in the midst of upgrading the interior of that oval track for connected autonomous vehicle technology testing.

“We’re the only state in the southeast to have this technology and capability. In sync with that, we’re looking at expanding Florida’s electric vehicle charging network by installing EV charging stations at service plazas along the Florida Turnpike, and EV charging infrastructure throughout the state. We’ve been charged with putting together an action plan and report, due in July 2021, outlining the next steps in regard to electric vehicles. Because that’s the future. One of the connected autonomous vehicles projects is in Gainesville, where we’re looking at vehicle to vehicle, and vehicle to infrastructure applications. And Florida’s first project to deploy cellular vehicles, Vehicle-to-Everything (V2X)  technologies, is in Pinellas County. So, we’re focusing on technology to inspire innovation throughout the state.

“Fostering Talent is an internal focus based on recruiting and retaining the best talent within the state to work for the agency to help support all these different ideas and opportunities. When I was interviewed by the Governor and the Transportation Commission, they asked me what I thought the biggest challenge was, and it wasn’t delivering Florida’s $10 billion a year work program. It’s really about recruiting and retaining. Making sure that we have the talented staff to be able to support the 22 million residents and the 130 million visitors that come here each year.”

BVM: How are storms and climate change impacting transportation infrastructure?

Thibault: Sustainability and resiliency are a major part of our project development. In 2004/2005, we had a significant number of storms crisscross the state, and we learned that there were several things we could do to prepare. For example, high mast lighting at interchanges – we realized that prior to a storm it’s best to lower the lighting like a flagpole, so the weight is at the bottom, because you have a better chance of the pole surviving the wind. Highway signage is inevitably blown down during a storm. So now we’ve painted the exit number on the shoulder, so when you approach and the sign is knocked down you know which exit it is.

“And when the power goes out, we work with our utility provider partners to help restore it. And in some cases, we work to clear the debris so they can get to the downed power lines. In the meantime, for traffic signals that have no power, we’ve purchased a significant number of backup generators that we modified, so they can hook up to traffic control cabinets at key intersections to power those signals for efficient traffic flow. As for climate change and sea level rise, we see that most in our urban areas like Miami. And we work with local government partners to be proactive in those locations.”

“To sum it up, under the leadership of Governor DeSantis, FDOT is being as forward looking as it can be, knowing that we’re going to continue to grow. We consider that some rural areas today may become urbanized or suburbanized and all those people migrating here are expecting transportation solutions. It’s about envisioning the future and how we can efficiently move you where you want to go in the state of Florida.”

Where: Based in Tallahassee, Florida