Only ten miles from Times Square, the City of Englewood, New Jersey is a charming community with unparalleled diversity and a bustling downtown center alive with excellent restaurants, shops, and enthusiasm. Nestled in picturesque Bergen County, this “City of Trees” combines historic grace and charm with an exciting cosmopolitan atmosphere. While proximity to New York City is a significant asset, Englewood exudes a vital, distinctive character of its own, forged from the multitudinous backgrounds, interests, and talents of its citizens.

Occupations for the city’s population of approximately 30,000 range from high-earning professionals to unskilled trades. With New York hospitals nearby, and the ever-expanding Englewood Health Center, jobs are abundant in the medical sector. The community is also home to many lawyers, businessmen and women, engineers, professors, artists, musicians, and entertainment and sports figures.

Englewood has made impressive progress in the areas of economic growth, infrastructure, and, most notably, sustainability and climate action. Michael Wildes, Mayor of Englewood, is full of passion for the city he loves. He reflects, “I had the privilege of being the mayor for two terms, then took a break for nearly a decade; coming back onto the scene when social media and the notion of sustainability really emerged and changed the way residents communicate with one another and their government. I am very proud of the leadership that the Environmental Commission and a newly empanelled Green Team will be taking on the issues of sustainability in our city.” 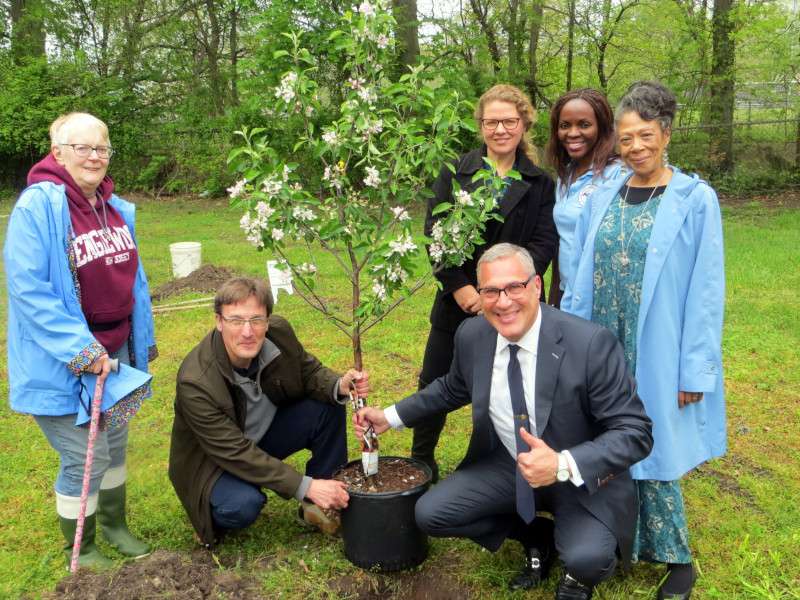 In many ways, technology has made it easier to communicate amongst the different agencies, and with residents. One of the reasons Wildes decided to come back was that the city was facing tough economic times, despite the growth sustained during his previous tenure as mayor. He explains, “The dynamic changed, there was now a new normal. Amazon consumed the retail world, where we had retrofitted our city to meet a retail need that was no longer the same. And we needed to come up with more effective development. I was concerned that, in the rush to develop the city to create a greater treasury, we not throw out what was appreciated a generation ago. That is, Englewood is a bedroom community to Wall Street, regarded for its extraordinary diversity and respect for advancement in the musical arts, but also a sense of its own topography and natural growth. We had open space and green acres that all needed a rebooting. And with active development, I was concerned that, ultimately, it would be one against the other. I’m happy to see that both of these values are able to be sustained in a proper sense.”

The Mayor has the exclusive authority to appoint the city Environmental Commission. He boasts, with good reason, “There’s a generational wealth on that commission: people that are new to the city, people that have lived here for years, people with engineering skills, medical skills – some have served in the military. I wanted to make certain that, for new projects and initiatives, we have talent that can think outside the box. My prayer is that every development coming to Englewood would have to pass, in some fashion, through the Environmental Commission. So, there is not just the notion of sustainability, but efficiency, and that members of the Commission will be sensitive to the hidden blind spots of the environment we cannot forego – the sounds, the noise, the smells, are shades that will be cast by developers.”

The Englewood Green Team is working to promote environmental awareness in schools and the community at large – especially as it applies to recycling. For example, Styrofoam and plastic bags can no longer be put in curbside recycling bins, but they want people to know that they can bring them to the city’s Recycling Center where they will be recycled separately. There are also educating business owners about the use of Styrofoam food containers and offering them alternatives.

Along with the Englewood Health Center and related businesses, another major economic driver is the Bergen Performing Arts Center, as well as a rich, robust legacy of people in the arts, film, and entertainment industries, with the likes of Dizzy Gillespie, John Travolta, and other luminaries, such as the Sugar Hill Gang and talent that has grown up and evolved around the city’s streets. The downtown area is loaded with opportunity but, over the years, there have been many battles over development projects that offended local residents. Wildes admits, “The Central Business District is a common denominator that needs to move with the times. The vision we had years ago was to create a pedestrian, downtown experience with affordable stores where people would meet and, by happenstance, get to know one other. Then Amazon came and the retail community changed – you literally have tumbleweeds blowing through major projects in our Central Business District that are now dormant. We need to redevelop and plan accordingly. But there is no plan that the residents won’t have an opportunity to opine on.” 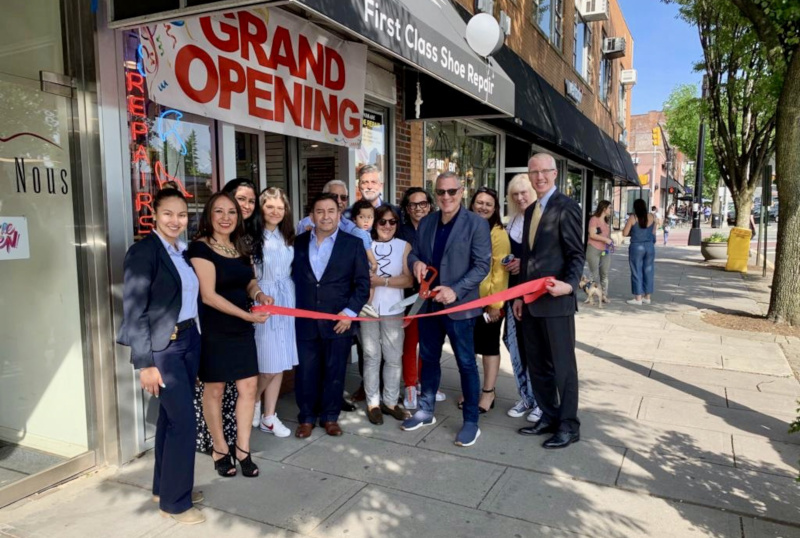 The vision is to create disposable wealth in the Central Business District with residences going up and experiential developments – the new normal, such as spas, and service businesses with a café attached where people can relax in comfort with a healthy meal. A community center is the next major endeavor to bring people together, so young and old can study the culinary arts, enjoy entertainment, and have a positive neighborhood experience in the Central Business District. “The experience of downtown – the authenticity of walking down a city street – is something you can’t get online or from a mall,” says Gleis. “We had a wonderful Art Walk Festival that really activated the park and brought people from all walks of life, together. People are excited for more events that the Mayor and the Cultural Affairs Committee have planned for the future.”

Wildes adds, “You create a cultural life and personality for the city park that you cannot mirror in a mall or the rural area. The beauty of Englewood is that is has both a small town and a big city aura. By hitting it right, architecturally and environmentally, you can have a great impact in bringing people forward. When I was campaigning a year ago, I met scores of older residents who hesitated to come out because there weren’t cultural events and transportation available. We have to make sure we get this right by creating efficient and sustainable transportation, and coming up with ways for people to acclimate through their change of life. Being age-friendly has a lot to do with sustainability in the kind of development vision we have.”

Infrastructure will be a discerning factor in any future development. According to Wildes, “We have tremendous infrastructure challenges; you can literally row a gondola through some of our streets after a heavy rain. With the proposed development, we’ll generate revenue for the city to meet these challenges. I want to make sure that we not only address our infrastructure needs but also create walking and biking paths that are age-friendly. Everybody wants to remain in Englewood, or return and pivot back into the life they grew up in. That’s something we need to plan for properly.”

Looking ahead from a green perspective, Gleis shares, “We have a great opportunity to experiment with different programs as they relate to recycling. Our challenge is: how do we clean up our recycling stream, and how do we find other sources of revenue for those recycle materials? We’re working on that for plastic bags, composted leaves, Styrofoam, and finding ways to market these things and do well for the environment to recycle as much as possible.”

Mayor Wildes sums up his thoughts on Englewood by saying, “Our Library Board, our Environmental Commission, our Public Works are incredibly valuable partnerships for the city. We are fortunate to have some of the best human resources the nation over, and citizens that are not just responsible in their own initiatives but are educating one another, our children, and our local vendors. We are blessed with our topographical proximity to the Hudson River; to have some of the finest trails and views that we need to continually polish. Our trees, alone, are important and magnificent!”