Voted as South Jersey Magazine’s Best Small Town in 2021, East Greenwich Township in Gloucester County is a wonderfully unique place. The unincorporated communities of Mount Royal, Clarksboro, and Mickleton together form East Greenwich, which, as one township, includes 15 square miles and 13,000 residents. The area’s official history goes back to February 10, 1881, when an act of the New Jersey Legislature merged a western portion of Mantua Township and an eastern portion of Greenwich Township, creating East Greenwich Township. Over the last 20 years, its population has risen exponentially as families have been drawn to its low tax rates, excellent school districts, and pro- business policies. 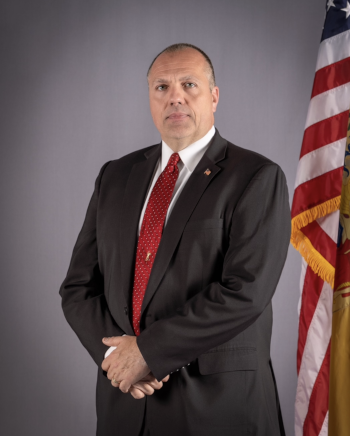 Deputy Mayor, James Philbin, grew up in Camden County, New Jersey and admits he was charmed by everything East Greenwich had to offer. What really stood out for him was that, even though it’s a rural community, it’s still close to so much. He notes, “It’s a hidden gem of Gloucester County. With its proximity to Interstate 295 (I-295), you can be in Philadelphia in 20 minutes. We’re also one of the fastest growing communities in both Gloucester County and the state. A decade ago, we had 2,000 homes and now we’re closer to 4,000.” Along the way, the town has maintained its agricultural roots keeping its farms and overall quiet atmosphere. Philbin believes most people look for the same key factors in a new community – good schools, safety, low taxes, and local events. He adds, “I found these things in East Greenwich Township. Now I can further enhance these elements for others.”

Success hasn’t come easy; it’s taken hard work and determination. Current Mayor, Dale Archer, and his team took over the administration duties in January 2014 with less than $15,000 in the bank. Unfortunately, the previous administration miscalculated the community’s rapid growth and stretched themselves too thin. Mayor Archer and his new team devised a five-year plan to get the town back on track. “We were strict with our budget, reducing and slashing costs across the board. Fast forward to today, we’re very fortunate,” he details. “We run the township like a business, and this is our seventh year running with a zero percent municipal tax increase. We have the second lowest municipal tax in the county and increased our surplus to exceed $2.5 million dollars. We’ve also reduced our overall debt from $20 million dollars to $13 million dollars, and within eight years we’ll be debt free. We’re proud to show how government can work for the people.”

Achieving that level of financial stability is often what large companies and developers look for when considering investment in a certain area. Even though East Greenwich is practically built out, there are some parcels of land that could be developed. The focus right now, though, is on the B2 Interstate Business Development Zone and light industrial warehouses. “That entire area is slated for at least six more warehouses with a total square footage of 2.5 million square feet,” Mayor Archer says. “I don’t foresee us adding many more residential buildings; we’re pretty much finished at this point. We have over 55 developments, including McMansions and single-family homes. When houses go on the market, they typically sell quickly.”

Since attracting new residents is vital to East Greenwich’s future, Mayor Archer and Deputy Mayor Philbin have collaborative relationships with the town’s three largest developers – Watson Land Development, Duke Realty, and Scout Capital. When meeting with these companies, they discuss future growth, traffic impact, and what the community needs. Archer explains, “They want to be part of this community and give back to it. That’s why they’re all sponsors of the East Greenwich Little League. With Watson Land Development we have a working relationship based on effective communication and mutual respect. They’re not just a building that pays taxes. Watson along with Scout Capital also donated $10,000 towards the Verkada cameras located along main intersections in town. These cameras, equipped with a license plate reader and facial recognition, provide additional security for our residents. That’s the type of collaboration we have with these developers. They deal with us directly. They’re just a phone call or text message away if we have any issues or if they need anything.”

This direct line of communication is useful for all aspects of business, especially during the current labor market challenges. Now more than ever, it’s necessary to cultivate straightforward working relationships to help further economic development. Therefore, Philbin and Archer meet with businesses to find out what they need. It all starts with communication, not just asking them about their workforce. They also work alongside the East Greenwich Business and Economic Development Council as well as the Gloucester County Department of Economic Development on projects ranging from job fairs to job listings. “We help however we can to get business into the township,” Philbin says. “It’s a challenge and will continue to be for a while.”

Another way the administration solves challenges, is through shared services. Since East Greenwich is a small town surrounded by other municipalities, this is a strategic way to look after residents while also forming partnerships with the neighboring communities. Archer admits, “It’s been a great success. For instance, Logan Township is the town that handles all our waste management. It’s been a huge business for them and good for us.”

Currently, Philbin is part of a team drafting an agreement for New Jersey’s first ever full time Fire Department shared service. He’s hoping it’ll go into effect around July 1st, 2022. The agreement will create the first shared service for partial fire service coverage paid through a stipend program. They will still be volunteer status beyond the 7 am to 4 pm time frame, which is the time frame covered under the shared service. The East Greenwich Township Fire & Rescue Department will work alongside two other towns to be on call for all 911 and fire emergencies Monday through Fridays as well as holidays. According to the local Fire Chiefs involved, most emergency calls occur during weekdays between 7 am and 4 pm, so any extra coverage will be beneficial. As Archer asserts, “We understand that every second counts during a crisis, so we need to have the quickest and best response.” 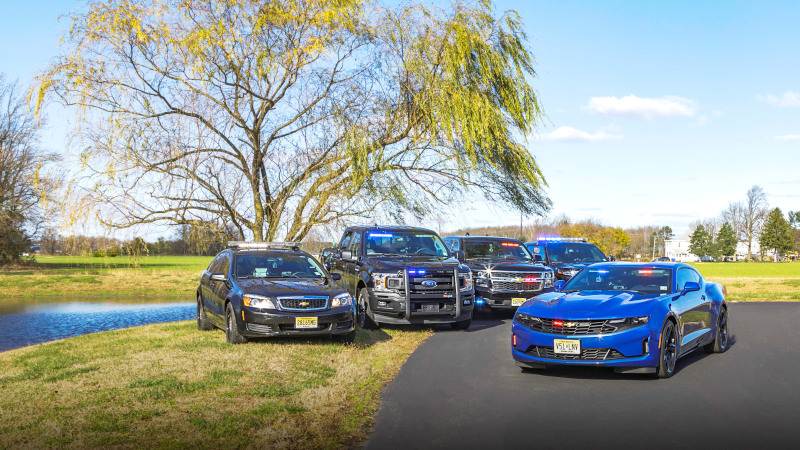 The township’s water infrastructure is not a shared service, but instead purchased from New Jersey American Water. The company supplies approximately 90 percent of the community’s water, with the other 10 percent provided by private town wells that help maintain overall water pressure. The biggest infrastructure challenge, however, is that East Greenwich started as a farming community. The original residents could never have predicted the importance of expanding infrastructure like water and sewer, especially along what is now the I-295 corridors. As a solution, the town created its Redevelopment Zone plan, detailing all the areas where additional infrastructure or possible expansion could take place. It’s bolstered by New Jersey’s Payment-in-Lieu-of-Taxes (PILOT) program, instituted in 1971, which allows tax abatement savings up to 30 years for new builds. The specific breakdown is 95 percent of the tax dollars go to the township and the other five percent go to the county.

An area where East Greenwich especially excels is in its green initiatives. “Afterall, green is part of our town name,” jokes the Mayor. “We’re part of the Sustainable JerseyTM Program, offered through the State of New Jersey Department of Environmental Protection. We were awarded the bronze certification in October 2014.” The town has an Environmental Commission with its own Green Team and there are also solar energy power panels located on the East Greenwich Township Municipal Court Office, the East Greenwich Public Works, and on the East Greenwich Township School District property. The town is even planting a brand-new pollinator garden in Mickleton Park. The Mayor acknowledges, “We received a grant from Sustainable JerseyTM for $10,000, so we’re placing QR scan codes along the pathway with assorted flowers, plants, and trees indigenous to our local environment. Visitors walking through the garden can scan the codes to access the plant information and hopefully create pollinator gardens in their own backyards.”

Before thinking about future goals for the township, Deputy Mayor Philbin first reflects on lessons learned. “We’ve been fortunate to have seen both the good and bad of government. We’ve had a lot of success, but it’s come through experience and hard work.” Mayor Archer agrees that it’s essential to consider the past before moving towards the future. Over the next three to five years, he wants to see the community’s continued “smart” growth, noting, “We need to maintain financial stability, which comes with running the town like a business. We need to provide vital services while ensuring East Greenwich Township remains a pristine place for families to grow and live out their dreams.”

What: A small community with a high quality of life; Population 13,000

Where: Gloucester County in New Jersey

At Duke Realty, our people are game changers. Their industry expertise and strong relationships help make our company a leader in commercial real estate. We work collaboratively to execute on our company’s promise to deliver excellence in sustainable logistics real estate while creating jobs and improving the communities we serve.