Business View Magazine interviews Brian Haug, President of Continental Energy Solutions, for our focus on the Renewable Energy Sector in the U.S.

Based in Oak Brook, Illinois, Continental Energy Solutions (CES) is a sister company of one of the largest electrical construction companies in the Midwest – Continental Electrical Construction Company (CECCo). The renewable energy company’s vision is to support the state’s transition into a green energy economy that has a smaller carbon footprint, reduced electricity costs, and fuels a cleaner, greener future for all Illinoisans.

However, shifting an entire fossil-fuel-reliant economy to renewables is no easy feat and will take time, agency, and commitment over many years to come – a quest that founding President Brian Haug knows CES is committed to supporting. Having been associated with the renewable energy industry in the state for many years, he’s had a front-row seat to the evolution of green energy from practical obscurity to the highly visible sector it is now. 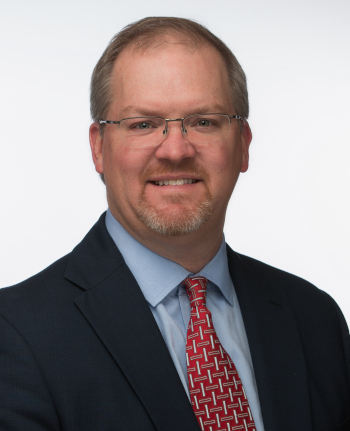 With such experienced hands at the wheel, CES is poised to play a leading role in greening the Illinois economy. “CES’s history is deeply intertwined with that of its sister company, CECCo,” explains Haug, tracing the company’s roots. CECCo is a family-owned company founded in Chicago in 1912, just when the city was transitioning from gas-lit to electric streetlights. At the time, founder Harry Witz sold electrical fuse panels and lighting door to door. Over the years, the company grew into other sectors within the electrical vertical, including energy solutions, a division started by Haug in 2011.

“Before 2011, CECCo ran separate offices for each division, but when all offices were consolidated at Oak Brook, a subsequent restructuring gave birth to CES, which was just a division back then,” recalls Haug. “At the time, we knew we wanted to get into energy solutions, but we were not sure how to approach the market, so we started with lighting retrofits and energy efficiency for CECCo’s customers. By January 2020, we had grown so much that we formed our own company, CES, and moved all our people to a dedicated space within the same building.”

Today, CES offers a wide range of services, including solar arrays, battery storage, and microgrids, to assist customers in maximizing energy savings while reducing the size of their carbon footprint. The company also provides operations and maintenance services that include helping customers sell excess energy from their green energy installations to regional transmission organizations (RTO) like PJM Interconnection.

“We currently have 16 employees comprising engineers, project managers, and field supervisors,” shares Haug. “We are also proud to have a NABCEP (North American Board of Certified Energy Practitioners) Certified Installation Professional on staff, the gold standard of certifications in the solar industry.” Aside from the in-house team, CES relies substantially on CECCo’s almost 500 electricians to scale up its workforce on a variety of projects. “As the largest employer of electricians in the Chicagoland area, we are fortunate to have such a resourceful sister company that can build our projects after we design and develop them,” avers Haug.

Despite the company’s young age, it’s been growing fast. In the last three months, it has brought on four new employees, but not without some challenges. Haug admits, “Although there’s a lot of people in the Midwest who know electrical work, not too many know how to work with batteries, solar arrays, and microgrids. We have to do a lot of in-house training to pass this knowledge on to the younger employees coming into the program so they can become project managers, engineers, and drafters.”

With continued growth on the menu, Haug’s vision is to see CES solidified as a leading energy solutions provider as the State of Illinois transitions to a green economy. He shares, “As the President of the Illinois Solar Energy Association, I’ve been deeply involved in the renewable energy sector for a long time, which gave me a vantage point to see what was coming. When various state and national legislations started passing, we were perfectly poised to take advantage of the sweeping reforms, which I still believe to be the case despite the pandemic.”

In addition to riding the current legislative wave, CES is also capitalizing on emerging technological trends in the solar energy field, like using lithium-ion and redox flow batteries for advanced grid support. “We are currently focusing on the PJM market to see how batteries can be used to add energy to the grid and stabilize grid operations,” says Haug. “All this is mandated by the FERC (Federal Energy Regulation Commission) and we work with companies like Samsung and Tesla that build the batteries.”

CES services clients primarily in Illinois, although the company has some past and current projects in other Midwest states like Wisconsin, Indiana, Ohio, Iowa, and Missouri. Further afield, it leverages its affiliation to the Electric Roundtable, a nationwide association of electrical contractors who assist each other with operational and logistical support for projects around the country. “The projects we typically focus on include rooftop and ground-mounted arrays that are 250kW or larger,” says Haug. “Since the state has some great incentives for projects sized up to 2000kW, we have a lot of community solar and commercial projects that fit this scope.”

Besides solar arrays, CES also installs EV chargers, although not as often as when the company first started. “Between 2011 and 2015, there were a lot of incentives from utilities and the state, so we installed over 400 chargers even before EVs went mainstream,” recalls Haug. “However, most incentives ended, so we stopped doing that as much, although, with the influx of electric vehicles that segment might pick up again.” 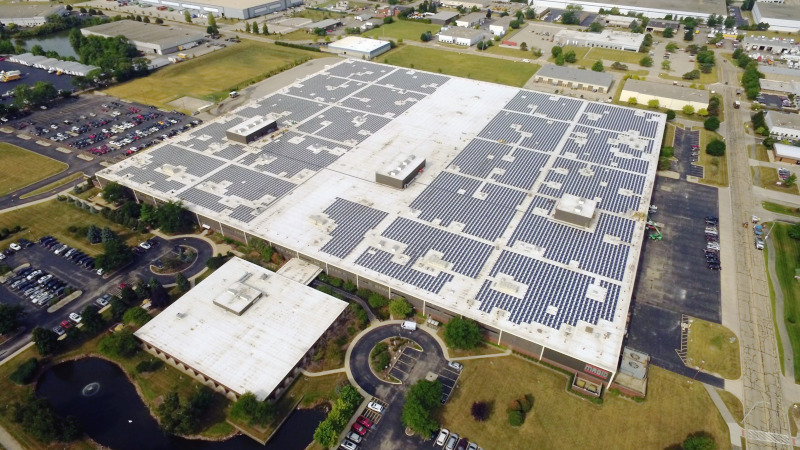 Another market segment Haug is keeping a close eye on is smart energy management, which falls under the company’s operations and maintenance division. He notes, “This division tracks the health and performance of all our installations to ensure our customers are getting value for their investments. Our partner, Intelligent Generation, continuously interfaces with the batteries , offering a stream of data that tells us how the batteries are performing and whether they need maintenance.”

Another partner that CES relies on is Convergence Energy, a solar and storage developer based in Wisconsin. “Besides our commercial partners, we also have customers that we consider partners because they allow us to conduct site visits for new customers, and they truly advocate for our business,” says Haug. “The three that stand out in this regard are Magid Glove, Abt Electronics, and G&W Electric.”

While the organic green economy is being cultivated in Illinois, Haug suggests that the state can stimulate faster growth and help business owners build sustainable businesses. He acknowledges, “Although solar is becoming more mainstream, in nascent markets like Illinois and the Midwest, there has to be a jump start to the industry, which is mostly done through incentives and rebates. As long as these continue, the industry will continue growing with additional support from improving technologies and dropping solar and storage costs.”

He adds, “Although in the past the state has offered incentives and rebates, they haven’t been consistent, making it difficult to build a business until a point of self-sustenance. On the upshot, we currently have a massive energy bill in the works that, if passed, will be one of the best energy bills passed in the country. It’s very forward-thinking and has a lot of good, sustainable measures in it.”

Looking forward, Haug expects massive growth in battery storage over the next 10 to 15 years, growth that he sees CES being an integral part of. “We have a solid network of partners in Illinois and across the country based on the many years our parent company has been in business, so we see this as a solid foundation on which to grow CES as the industry takes off,” he asserts. “Since our first battery installation in our office in 2014, we’ve done many battery and solar projects that give us the confidence to start expanding across the country.”

Where: Headquarters in Oak Brook, Illinois

8 Manufacturing Trends to Keep Your Eye...