Business View Magazine interviews representatives from CK Transit, as part of our focus on best practices of municipal transportation systems and agencies.

Chatham-Kent is a single-tier, mostly rural municipality in southwestern Ontario, created in 1998 by the merger of Kent County and its 22 formerly independent communities. At 2,458 square kilometers, it’s one of the largest municipalities in the region, but with a population of only 106,000, has the lowest population density among Ontario municipalities with a population of 100,000 or greater. Its largest community is Chatham, with 45,000 inhabitants, but other CK communities are as small as a few hundred residents. This makes the provision of efficient and convenient public transit across Chatham-Kent a difficult proposition.

However public transit has a long history in the area and can be traced to the late 19th century with the operation of a horse car-powered street railway system in the former City of Chatham. Conventional bus service began in Chatham in 1946, and Chatham Transit commenced operation in 1977 with a fixed-bus route system, which was in operation until 1997. The communities of Ridgetown, Blenheim, Tilbury, and Wallaceburg also had versions of urban or inter-urban services.

CKTransit, the municipality’s current mass transit system, was established in 1998 and, today, offers a conventional bus system within the community of Chatham, an inter-urban bus system that goes across Chatham-Kent, servicing multiple communities, and specialized, or accessible, transit services which operate in its two largest communities, Chatham and Wallaceburg. According to Ann-Marie Millson, CKTransit’s Manager, the entire system is “100 percent outsourced. We have three service providers, one for our Chatham conventional service; one for our inter-urban service provider who also provides our accessible service in Wallaceburg; and our 3rd provider is for our accessible service in the City of Chatham,” she reports. 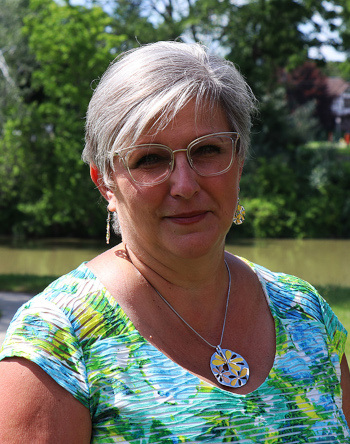 In addition, all the drivers, maintenance crews, and storage facilities for the system’s 17 vehicles are outsourced, as well. “Our transit is completely operated by two staff members who only dedicate fractional time. Ann-Marie, who is the Manager of Linear Assets, oversees the contractor agreements and funding applications.  She also has an engineering technologist who handles a lot of our project implementation,” explains Ian Clark, Chatham-Kent’s Transit Project Manager. “So, it’s a very small staff complement and the rest is outsourced to various providers. It’s common for mid- to smaller-transit systems, where the bus operators and mechanics belong to third parties.”

Millson reveals that, due to some recent upper government funding, CKTransit will be purchasing and owning its transit vehicles in the near future, while still intending to outsource its operations. “In our current fleet, right now, our conventional vehicles are 8 meters in size,” says Clark, “so, we don’t have the option to upgrade to electrical because the only electrical models in Canada are the full-size 12 meters. We’ve looked at, potentially, a long-term plan for electrifying our fleet, but given the size of our transit operation and the even larger size of our geographic territory, we have to figure out an infrastructure strategy, which would include having recharging stations strategically placed around the municipality. It’s part of our long-term plan, but for right now, we’re operating a mixture of gasoline, diesel, as well as CNG-powered vehicles.”

Unlike some municipalities that have dedicated service lanes for its busses, Clark notes that car-friendly Chatham-Kent doesn’t require that option. “There’s very little in the way of rush-hour traffic and there’s ample parking that’s usually free,” he says. “So, we don’t require a lot of dedicated transit infrastructure like transit lanes, simply because our vehicles can move alongside the flow of vehicular traffic. With that said, we do have lots of transit-specific infrastructure around Chatham-Kent. We have shelters and a lot of them are powered by solar panels. We have our advertising transit benches. And we even have the occasional bus bay and some other transit-specific boarding infrastructure around some of our more popular points of interest.”

Clark admits that the majority of Chatham-Kent residents choose to drive their own cars provided they have the means and the physical ability to do so. Even so, CKTransit’s ridership continues to grow – it currently services 340,000 riders, annually, up 23 percent since 2016. “Our ridership has been growing, mostly organically, as our population continues to age, our colleges recruit more and more international students who rely on our transit service, and also, our local economy has been changing over the past few years. We have a lot more workers working in the service industry, versus manufacturing, which impacts when we need to be delivering services, so that they can get to and from work.”

As CKTransit’s ridership has grown, so has the technology that powers the system, becoming more complex and user-friendly over the years. In 2015, it converted its fare collection system to a SmartCard methodology, which provides a more convenient way for riders to pay their fare, lessens administrative cost to handle cash, and provides more reliable boarding data to assist with decision-making. “Technology is up and coming in transit, so we are also looking at a GTFS feed, so that we can have trip planners and real-time location of our vehicles,” Millson adds. “We’re also looking, and should be going live very soon, for online loading of fare media onto our SmartCards, so you can load from a computer, a smart phone, or device. Those are the things that are also helping us through COVID-19 – the fact that we don’t have to use as much change.”

Concurrently, CKTransit is always looking for ways in which to meet the changing needs of its riders. This past March, for example, it launched the CKTransit On Request pilot program. Clark elucidates: “One of the ongoing requests from our ridership is the extension of service hours into the evening. Right now, our Chatham conventional service ends at 7:15 PM, which isn’t sufficient for a lot of the employment opportunities and even some of our college classes. Our issue is that, with a relatively lower ridership, it’s very expensive to simply extend our services into those hours. So, we’re experimenting with a demand-responsive, conventional service. We call it CKTransit On Request. It was launched a couple of months ago and it operates between 7:15 PM to 12:30 AM. Instead of a fixed-route service, if you require a ride, you can book it via a mobile application or by a phone call. A bus will come directly to your bus stop and take you, as directly as possible, to the bus stop closest to your destination, while picking up other riders and dropping them off along the way.” 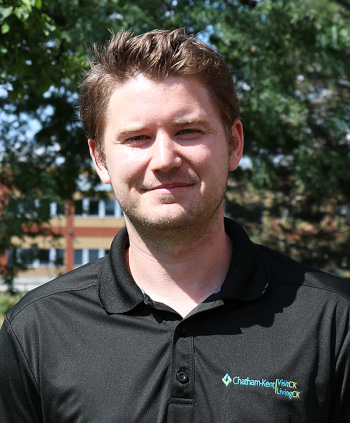 In order to make the new service financially sustainable, Clark says that they limit the number of busses catering to the lower nighttime ridership to two – three less than are normally on the road within Chatham during the day. “This allows us to operate, essentially, the same service level with less vehicles,” he submits. “And because there’s a lower ridership, we no longer have to use the fixed route.”

“I also want to point out that affordability is a huge concern for our ridership, so we’re constantly looking for ways to keep fares as low as possible,” he adds. “I think we’ve been very successful over the last few years, incorporating advertising opportunities within our shelters and our benches; we’ve tripled the revenues that we’ve brought in from those outside business sources and that’s allowed us to keep fares low. So, we do not raise fares every year like a lot of other transit services must.” In 2017, CKTransit launched its “Affordable Pass” for Chatham-Kent residents that have an annual combined family income at or below the Statistics Canada before-tax, low-income measures table. The pass is 65 percent less expensive than the cost of a regular adult fare.

On July 20, 2020, the Chatham-Kent Municipal Council approved a new Master Plan for public transit in the jurisdiction called “Driving Forward.” It was the culmination of a year-long public consultation and research process aimed to define the transit needs of residents, and discover how the Municipality can meet those needs. More than 190 hours of consultation through open public sessions and interviews with community stakeholders, local businesses, and ridership produced over 2,000 comments to inform the report’s conclusions. Ultimately, Driving Forward seeks to shift the image of public transit in Chatham-Kent from a service for those captive to the system, to an effective tool to help accomplish municipal priorities for the benefit of all residents.

The 60 actionable recommendations in Driving Forward will guide the development and design of transit operations, as well as identify the infrastructure and capital assets required to support implementation over the next 5-10 years. Some of the strategies discussed in Driving Forward to sustainably address transit needs include:

In 2010, CKTransit provided daily connections between Chatham-Kent communities for the first time ever (11 communities across 3 routes), allowing its residents access to job opportunities, education, medical services, and other essential needs not available in the community in which they lived. Over the past decade, it has continued to expand its services with innovative and cost-effective programs and practices. And going forward, CKTransit has many more ambitious plans. At the beginning of the new decade, it is poised to become an even better provider of the transportation needs for the benefit of all the residents of the municipality of Chatham-Kent.

WHAT: A municipal mass transit system

Enlinx – A passion for perfect delivery