Business View interviews representatives of Carmack Car Capitol for our focus on Top Automotive Dealerships in the U.S.

Carmack Car Capitol has been proudly serving the community of Danville, Illinois and surrounding areas since 1976. Originally selling the Nissan Datsun brand, this family-owned company has had various franchises over the last 46 years. Today, Carmack is a vibrant Honda and Hyundai dealership, stocking both new and pre-owned vehicles, including the Honda Accord, Civic, CR-V, Passport, Fit, HR-V, Insight, Odyssey, Pilot, Ridgeline and Hyundai Elantra, Palisade, Santa Fe, Sonata, Tucson, Santa Cruz, and Veloster. The company is also home to two service departments, one specializing in new Honda and Hyundai models, and a separate award-winning NAPA Gold Auto Care Service department for other vehicle makes. 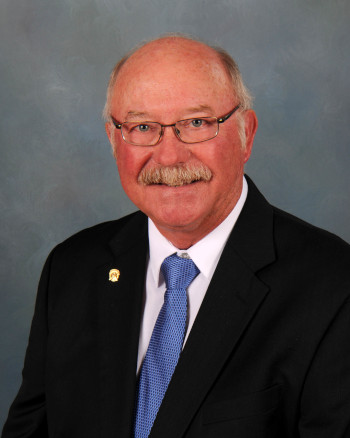 Gary Knight has been with Carmack since its beginning, first as a salesperson, moving through the ranks to General Manager, and now President and Owner. He shares the challenges he has experienced in the industry, stating, “We’ve managed to survive through four major business interruptions, starting with Jimmy Carter and 21% interest, then 9/11, then the financial crisis of 08/09, and now the COVID situation, which has been the most challenging of all.”

One of the main issues Carmack currently faces is inventory shortage. Prior to COVID, their combined Honda/Hyundai inventory was approximately 150 new cars. Over the past year, this number has been closer to 20 vehicles. “What we hear from the manufacturers, especially Honda, is that it may be a year or so before we start seeing inventory. Hyundai has given us more promising news saying their production is going along pretty smoothly,” Knight reports, adding that he has noticed the looks of shock on people’s faces as they drive in and see the empty lot. “They don’t understand. In the business, we understand this, but the consumer, when they come in, they ask ‘where’s all your cars?’ That’s our challenge.”

These inventory delays have meant that some customers are waiting several months for a vehicle, but Bill Lucas, Sales Consultant, says they are willing to wait for a popular model, or a vehicle that offers specific features. People are also willing to drive long distances. “A couple of months ago we had someone come from 11 hours away,” Lucas says, “because we had a certain car in inventory, and there were only three in the United States.” It doesn’t hurt that he has been with the company for 45 years, and has many loyal customers. As Knight shares, “Bill’s secret is that he has great customer satisfaction, and his customers just love him. He’s sold to whole families, from the grandparents to their grandchildren. They drive from 300 miles away just to come and buy a car. He has a great reputation in the area… everybody likes to buy a car from Bill Lucas.”

With fewer new vehicles available, there is also a shortage of available pre-owned vehicles.“We don’t have the new car inventory,” explains Knight. “So, we’re not getting the same number of trades to supply the used car lot. We’ve had to buy some just to have enough cars to sell.” Local and online auction sites are a source for used vehicles, but Knight adds, “It’s very hard to buy cars, because the pricing is just through the roof. If you want to buy a used car, you have to pay a lot of money for it.” 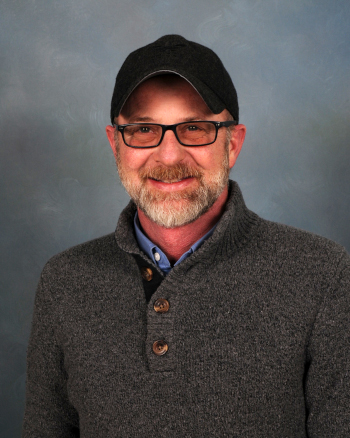 On the service side of the business, there have also been supply issues, but the bigger challenge is a lack of technicians. Director of Service Departments, Rob Lovell, admits, “It’s definitely impacted us. You just have to key in on what you can get done, and try to get everybody to understand why we have delays. For the most part, I’m more bottlenecked with the lack of technicians in the industry right now. It’s a dying breed. It has been really challenging, but we just focus on what we can do and chip away at it each day. That keeps us moving forward.”Knight adds, “Brian Tallman and his team at Napa Auto Parts in Danville, IL are a huge part of our success, with the huge inventory they carry, they always have what we need.”

Employing 42 people, Carmack prides itself on having a number of long-term staff, many of whom are part of the Danville community and are committed to providing an exceptional customer experience. Knight describes, “We are in a small community, and customer satisfaction is very important. Word travels fast, and with social media you have to be really careful what you do and how you treat customers. I have always looked for the investment in the future. My employees are some of the best people in the community and everybody knows them.” 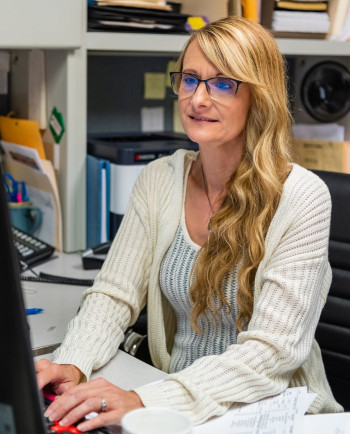 As a family-owned business, Carmack cultivates a family atmosphere, which Office Manager Terri Cox, who has been with the company for 22 years, believes influences employee longevity. She describes, “If someone has a family situation come up, Gary is very understanding. We have a large Christmas party together, as a big Carmack family. I think that’s why people like to stay.” Opportunity is another factor, as Marketing Manager Alisa Rocha notes, “One thing that has kept me along is being able to learn different departments. There is no hold back, if you want to learn something, you go ahead and jump right in. I’ve learned a lot here, and I just keep learning more and more as time goes on.”

Completing monthly training is a manufacturer requirement for both the sales department and the technicians. In the past, this would mean a day away and travel to a nearby city to complete this training. “It is easier to train now,” acknowledges Knight, “I used to have to send people to Chicago or Kansas City, but now with the internet, with the NADA Academy, we can train right here inside the dealership. That makes it a lot more convenient, and there’s a lot more knowledge. If they want to dig, they can dig as deep as they want, because it’s there.” 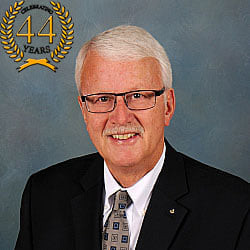 Lucas recalls other changes he has observed through his years with the company, sharing, “When I started selling here, we were selling a new Datsun for under $2,000. I’ve seen a lot of things evolve in the car business, safety being the biggest.” There have been many changes on the administration side as well. “When I started back in 2000, I could do things by hand,” Cox says.“Now, with the banking and everything online, the money turns so fast. You can buy a car, and the next day we will have the money in our bank. That’s how fast it is.” Valued partnerships with lenders such as Iroquois Federal are pivotal in the process. “The entire staff at Iroquois Federal has made banking with them over the years pleasant and easy, “Knight says. But although these efficiencies are beneficial, there are still some parts of the experience that have to happen in person. He quips, “They still have to kick the tires. That computer cannot kick the tires and that computer cannot fix the car.”

Looking to the future, electric vehicles continue to draw interest from the public, although Knight believes it will be a few years before they are the main choice in small communities. He suggests, “People are getting more and more interested all the time. People are asking about EVs and hybrids, but as far as being a mainstay in the community, I think we’re a few years down the road. All the dealerships are going to have to put in charging stations and it’s going to be quite expensive. So, I think we’ve got some challenges there.” Lucas offers his perspective, reporting, “People are constantly asking about EVs. As far as the hybrid, as soon as one comes in, it is sold very quickly. There’s a big demand, with the price of fuel today.”

Over the next few years, Knight is hoping to see a return to more normal levels of inventory, although he clarifies, “I’m not really excited about going back to the business model we had. I think the manufacturers built too many cars, and they forced them on the dealer. There have been times when I looked up and saw two truckloads of cars coming in, and I had to wonder, where I was going to park them. I don’t want to go back to those days. I’d like to see a stocking level that is good for the consumer, but also convenient for the dealer.”

Whatever the future looks like, both the industry and the consumer will continue to adapt, and customers will continue to rely on Carmack for their quality products and professional, friendly service that have been part of the Carmack Car Capitol experience since 1976.

Monaco Ford – A century of family...

Anderson Automotive Group – A Culture of...