Where everyone is welcome

Brookhaven, Georgia is a young city and one of the most welcoming in the Atlanta metropolitan area. Although on the surface Brookhaven may appear to be your typical suburban bedroom community, it’s much more than that. Brookhaven residents and staff care deeply about each other and making sure the city runs as smoothly as possible. Roads and parks are kept to an extremely high standard for residents and for people who are visiting.

Brookhaven has a population of about 55,000 and has only held the status as a city for the past nine years. Incorporated in 2012 through a referendum, it is now one of 13 other cities in DeKalb County, including the City of Atlanta which sits partially in DeKalb County. Brookhaven is directly northeast of Atlanta, which means its residents get to enjoy all that the metropolitan area has to offer, including transit access, while living in a small and well cared for community. According to Sigman, “We’re wholly inside the perimeter – meaning there’s a ring road around Atlanta and we’re completely inside of the ring road, which is, from a traffic perspective, very nice. We also have our own MARTA train station, and the most traveled bus route in the MARTA system.”

Most of the city’s residents are young professionals; the median age is around 36, which is unusual as the national average is closer to 38. Sigman believes this makes the city a unique place to live. He notes, “What you have is young professionals who don’t necessarily want to live in Atlanta, but they like the amenities of being close by, including access to high-paying jobs. In fact, the northern side of the city lies in what is known as the Central Perimeter District – the largest employment hub for the metro Atlanta region. Then you have families with young children who choose Brookhaven because of the schools. In a lot of metro areas, people with school-aged kids, especially high school, tend to move further out to the suburbs for great schools.” 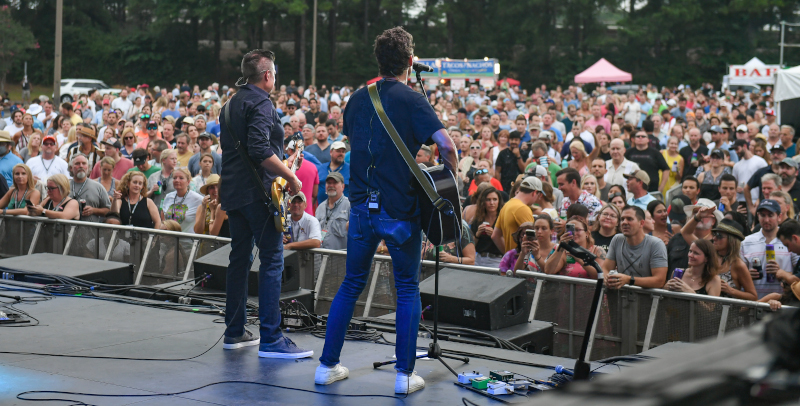 The city’s residents are young, but also highly educated. In the State of Georgia, 30.7 percent of people over age 25 have a bachelor’s degree. Brookhaven’s population with a bachelor’s degree is 67.4 percent. Most are employed at higher-end jobs in Atlanta and have worked from home since the beginning of the pandemic.

The first time incorporating Brookhaven as a city came forward was in 2007. Residents wanted to control the local community’s planning, zoning, land use, police, fire protection, and parks and recreation – rather than having those issues decided by Dekalb County. At that time, the idea didn’t really gain the momentum it needed to succeed. In 2011, the issue of incorporation was revived when state Rep. Mike Jacobs introduced legislation which allowed the creation of the City of Brookhaven.

Today, the city funds its own police force, operates beautiful parks and recreation centers, maintains infrastructure to industry standards, and controls land use with its own zoning, planning, and building department. Sigman clarifies, “We do not manage fire, EMS, libraries, or schools. These services remained with the county, so we can be hyper-focused on police, parks, and infrastructure. Our city loves their police, they love their parks, and they love nice smooth pavement.”

Brookhaven’s housing stock is mostly single and multi-family homes, and Sigman states, “You won’t see a 10-story condo building going up in our residential neighborhoods.

Despite being a new city, most of the infrastructure and homes were built between 1940 and 1970, which makes stormwater management challenging because dedicated stormwater pipes didn’t exist back then for much of the city. The original pipes were built with corrugated metal, which has a lifespan of 20 to 25 years. “We’re approaching 50 years,” says Sigman, “so we did inherit some very old stormwater infrastructure.” Be that as it may, the geography of the area helps with that problem. Atlanta is 1,050 ft above sea level and sitting largely on granite which makes widespread flooding much less of an issue. Even when it rains hard, most of the water will dissipate within a few minutes because of Atlanta’s topography.

There is no local income tax in Georgia and cities primarily rely on property taxes, so the city-funded Brookhaven police force is a top priority for those taxes and every police officer has their own squad car. Right now, approximately 15 percent of those squad cars are hybrids or electric and they plan to bring that up to 100 percent by the end of 2023. Sigman hopes a truly electric car comes to the market that works for police operations. He reports, “We did buy a Tesla, a used Tesla, to test it. It works great operationally, but it doesn’t work logistically because of the lead time for repairs and replacement parts. But we learned a lot from the experiment, and we are still moving forward toward a 100% electric fleet.”

Officers currently choose between a Ford F150 truck, a Ford Explorer, or a Chevy Impala. The city spends more than $250,000 a year on gas and hopes to cut that by about 85 percent once the police department is 100% electric. Brookhaven’s environmental initiatives don’t stop there. BM&K Construction and Engineering is currently building a new 32,000 square foot Public Safety Building with geothermal heating and cooling. Possibly, the largest geothermal commercial building in Atlanta. 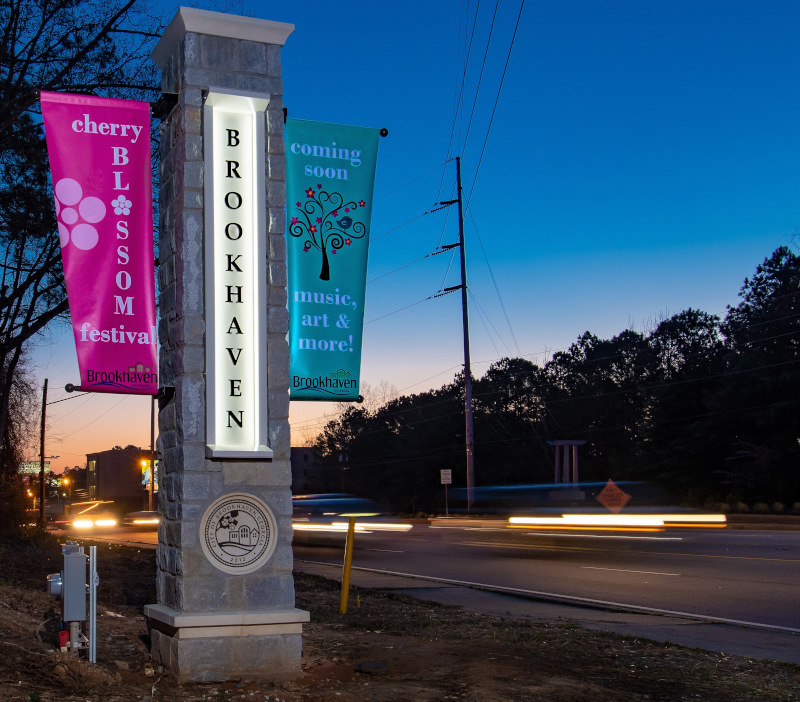 Another unique initiative in Brookhaven is the Tree Rescue Program. A city building inspector who loves trees convinced Sigman to start a municipal tree nursery. “We take our tree canopy pretty seriously in Brookhaven,” Sigman says. “What this staff member did was genius; occasionally there are some really nice trees on construction sites that are going to get cut down and up to a certain size, pretty big ones, we can relocate them. Paying for it on our dime, we’ll either relocate them directly to a park or take them to the municipal tree nursery and save them for another project.”

Some trees that are 15 to 20 years old have been recently relocated from a hospital expansion project into a park. It’s a proud attribute of Brookhaven that parks are well taken care of in the city, and they are working to ensure those parks are connected by sidewalks, multi-use paths and trails. But it’s not going as quickly as Sigman would like, because the city has to purchase private property and relocate utilities to make it happen. There are four major activity areas and 19 parks in the city to be connected and they are making progress with multi-use paths along major corridors. Sigman notes, “Mayor Ernst and the City Council approved a Sustainable Brookhaven strategy that provides strategic direction, guidance and funding for these sustainability initiatives.”

In the next two years, the city hopes to complete a $40 million park improvement project, which improves six parks. In that time frame, Sigman also wants to ensure the new Public Safety Building is complete and the police have moved in. And he wants to find a permanent location for City Hall, as Brookhaven has rented a location since its inception.

Boasting that Brookhaven has the best roads in Georgia, City Manager Sigman also thinks it’s one of the best cities in the metropolitan area. He shares, “We’ve improved our roads and infrastructure every year. There are approximately 300 cities and counties in the metropolitan area, and we like to think that Brookhaven punches above our weight class in a lot of different categories for a city that’s only nine years old.”

Where: Just northeast of Atlanta, Georgia

With the specialized help of Storm Water Systems, Inc., another environmental issue is being addressed in the city. Brookhaven installed the Bandalong Litter Trap in an attempt to stop the trash and debris run off from I-285 from entering Murphy Candler Lake. The installation of the Bandalong was the second phase of helping clean out the lake, with the first being to dredge the lake to remove years of sediment build up.