Bowling Green, Kentucky is the county seat of Warren County and a delightful destination geared for fun. As of 2019, Bowling Green’s population of 70,543 made it the third-most-populous city in the state and it has plenty to draw people from near and far. America’s Sports Car, the Corvette, has been made exclusively in Bowling Green for almost 40 years and the National Corvette Museum features many of the namesake cars, including classics and prototypes. On the outskirts, Beech Bend Raceway stages drag races. For heritage buffs, The Kentucky Museum host exhibits on state history, and Riverview at Hobson Grove showcases a beautifully restored 1800s house and museum. And outdoor adventurists will love the vast cavern at Lost River Cave, accessible only by boat.

Founded by pioneers in 1798, Bowling Green was the provisional capital of Confederate Kentucky during the American Civil War and was the subject of the 1967 Everly Brothers song “Bowling Green.” In the 21st century, it is the location of numerous manufacturers, including Fruit of the Loom and General Motors. The Bowling Green Assembly Plant has been the source of all Chevrolet Corvettes built since 1981.

Jeff Meisel, City Manager relates, “Bowling Green and Warren County have been the fastest growing area in Kentucky for the last several years. We have a great central location right on I-65 between Louisville and Nashville, and Western Kentucky University with its 20,000 students is an anchor here, as well as one of our larger employers. We have a very diverse economy, with three big healthcare companies here in town. We’re a regional hub for three to four hundred thousand people who come to Bowling Green for healthcare and for retail, to get what they need.”

Bowling Green has a lot to offer for “a big, small town” that’s friendly, yet of significant size – and just an hour away from Nashville for those craving big city fun. It is a safe place to live with attractive looking streets, an excellent city and county park system, and an enviable quality of life. Ron Bunch, President and CEO of the Bowling Green Area Chamber of Commerce, acknowledges, “Our community has been nationally ranked sixth or higher for seven consecutive years in economic development results among cities our size across the U.S. That’s due in large part to the amazing business climate that our city and county have put together and the support we get for economic development. More recently, we were identified by Global Trade Magazine as number two on the list of Top 20 Manufacturing Cities in the U.S. That is pretty remarkable.” 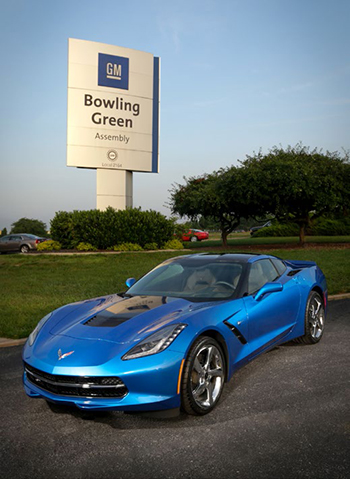 The five-star, local Chamber of Commerce has been around for 80-plus years and is recognized in the top one percent of Chambers in the country. They’ve competed in the U.S. Chamber of the Year competition five years in a row and made it to finalist in three of those years. The Bowling Green business community is very engaged with the Chamber. Ten years ago, they helped raise the funds for construction of the Chamber building, and $2 million to invest in education. In an effort to train and encourage skilled talent to stay and work in the community, the Chamber created the SCK (South Central Kentucky) launch initiative for students to learn about unique and new careers. It’s a national go-to career model that enhances the curriculum of the two exceptional school districts with opportunities to learn skills that will be viable for employment in local businesses.

Bowling Green has plentiful jobs available in a variety of sectors. According to Bunch, “We do a demand report every month to identify the open jobs, and at our peak in the 10-county region on a monthly basis, there are about 9,000 open jobs. Probably 75 percent of those will be in Bowling Green and Warren County. Even with COVID-19 going on, there are still between five and six thousand open jobs in the 10-county region – all different pay levels, all different sectors, it’s a pretty wide array. That demand for open jobs, and the quality of those jobs is continuing to drive people to move here and buy and rent real estate.”

Bowling Green is not completely built out but it’s close. So, there is a lot of rehabilitation and demolition of older houses and developers building new single-family and multi-family inside the city, which is helping revitalize neighborhoods and making them stronger.

The downtown core is a work in process. The city has spent close to $4 million on the central downtown area in the first phase, and that will be continued on for a couple of blocks. Meisel notes, “We have Fountain Square Park and Circus Square Park and a lot of new apartments and townhouses going in around that area. There is a TIF (Tax Incremental Financing) district in place that is producing upwards of $3.5 million per year of incremental taxes that we’re churning back into the downtown and incentivizing developers. We’ve recently been working with a firm called Retail Strategies to recruit retail and restaurants to the downtown to help spur more growth in that sector of our economy.”

With the University campus just a few blocks away, the goal is to bring students downtown where they can spend money and socialize. One of the purposes of the TIF district is to get the WKU gateway to downtown connection built. That is, now, only about a block from completion and bike lanes are being included in the infrastructure with the new development. Meisel adds, “We’re excited about a project to redevelop the river front on the north side of our downtown. We have a $1.5 million match that we put up for a $750,000 grant. It could be a really neat venue along the river with restaurants and shops. There are plans for a festival ground for public events and concerts in a beautiful setting where an existing park that looks out over the river would look out over this festival ground we’re hoping to develop.”

The local business community, local government, education, and healthcare have worked well together for a long time. “That’s how you get these consistent results, year in and year out,” says Bunch. “Over the decade I’ve been here, from an economic development perspective, alone, we’ve worked on 125 projects that have invested $2.8 billion and created 7,102 direct jobs and there’s another 2,500 jobs beyond those. In 2016, we created a community strategic plan and pulled the private sector leaders, as well as the institutional and elected leaders, together to build an interdependent strategic plan. When COVID hit, we regathered the players in that same format. So right now, we’re updating an economic dashboard that will help us navigate the current environment, as well as prep us for the next three to five years of a strategic plan. It’s that kind of partnership that has helped us navigate these troubling times.” 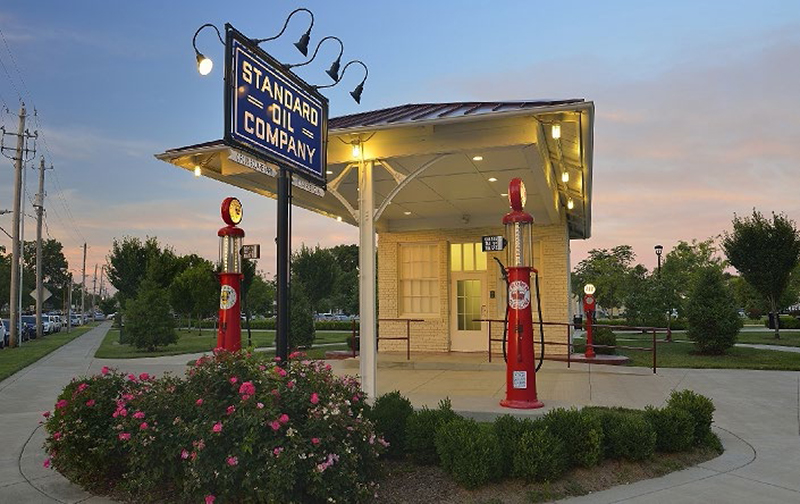 Another public-private partnership that’s working well for Bowling Green involves building a major road connector to alleviate traffic problems on the east side of town. A family that owns some undeveloped land is generously donating some of it to the city for right-of-way to build a road that will help with traffic flow between two major four lane roads. A roundabout will be built right next door to the Fruit of the Loom headquarters, where close to 1,000 people are employed, that will replace a 3-way stop and also help traffic flow in that area considerably.

Looking ahead, Meisel shares, “Our goals for Bowling Green are many: a more diverse economy; improving traffic flow; updating downtown with a vibrant river front; supporting and enhancing strong neighborhoods. And we want to continue being a sustainable government – we’re very fiscally responsible; we always keep 25 percent on reserve in the city’s general fund. And we put out a fairly conservative budget, each year. We’re working on revitalizing and reorganizing our public transit service. And we intend to continue modernizing our infrastructure with more Wi-fi, more hotspots, upgraded roads, new sidewalks, and greenway trails.”

“I was born and raised here, so this is my hometown,” says Meisel, in conclusion. We’re not Louisville or Lexington, but I would consider Bowling Green to be one of the top entrepreneurial cities in the nation; there are ample job opportunities, here. It’s also just a great place to raise your kids, and an all-around place to live, work, and play.”

WHAT: Historic city and the county seat of Warren County; population 70,543

WHERE: Located on I-65 between Louisville, Kentucky and Nashville, Tennessee