The City of Ballwin, Missouri is defined by its uniqueness in a myriad of ways. Most notably, at first glance, is its name. Not a typo – in fact, it is the only city in the U.S. spelled BALLWIN, not BALDWIN. The story is a fascinating one. Named for its founder, John Ball, the community’s roots go back to 1826, when Missouri moved its capital to Jefferson City and the need for an overland mail route between St. Louis and the new capital became obvious. As luck would have it, this new road was established along a route that passed by John Ball’s property and Ball decided to capitalize on the accessibility it provided for his land by laying out a town. The name was originally recorded as “Ballshow”, but two days later, on February 9, 1837, Ball amended the recorded plat to Ballwin. No one knows for sure why the name was changed, but one of Ball’s great-grandsons says it was the result of a rivalry with neighboring Manchester. Ball saw great things ahead for his new town and was confident that it would “win out” in reputation and growth over its older, more prominent neighbor, two miles to the east. Hence the “win” was incorporated into the name.

Ballwin has indeed been on a winning path, growing from a small village of 750 people when it was incorporated on December 29, 1950 to a thriving city of 32,000, today. Located in the heart of prestigious West St. Louis County, 30 minutes from St. Louis-Lambert International Airport, and 40 minutes from downtown St. Louis, Ballwin is perfectly poised for growth. Served by AAA-rated Rockwood and Parkway School Districts, and within 30 minutes of five major universities and colleges, the city is continually working to promote and facilitate commercial development while strengthening its relationship with the business community. 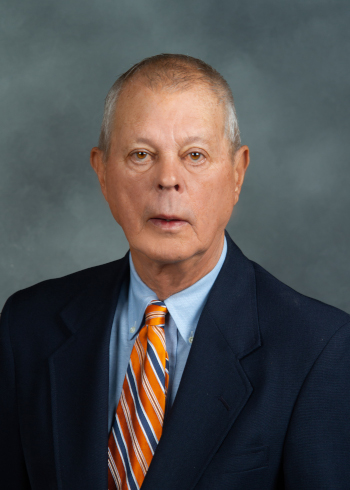 Bob Kuntz, City Administrator reports, “We are the fourth largest of a multitude of communities in the St. Louis region. And we are somewhat unique in the sense that we don’t have a specific asset to promote other than the high quality of life components that we’ve built our reputation around. We are not a regional destination; we don’t have a casino or a large mega shopping mall; we don’t intersect with major interstates or a river. So, in some respects we are an affluent suburb of downtown St. Louis and our population is predominately young professionals. Unlike many of our neighbors, we’re a full-service community. We do not contract out to other agencies. With the exception of trash collection, water and sewer, we do it all with our own employees.”

Ballwin offers a wide range of recreational opportunities for all ages, including a 64,000-sq.-ft., indoor community center with a pool, a fairly new outdoor aquatic facility, and a nine-hole golf course that is one of the best public courses in the region. The city takes care of its own policing, public works, parks & recreation, essentially going above and beyond to make the community safe and offer a high quality of life. And it has received numerous awards recognizing those initiatives.

Another unique attribute is the tax base. Ballwin has roughly 500 businesses, mostly of a smaller variety. Kuntz clarifies, “We are not, strictly, a bedroom community. We are on a major east-west thoroughfare that connects the city of St. Louis out to Jefferson City in the west, so our commercial corridor carries a lot of heavy lifting. In fact, the residential component supports our retail sector so successfully that, since 1987, the city of Ballwin has been able to roll back to zero our local property tax. So, the city itself relies on no local property tax. About 50 percent of our budget is reliant upon the retail sector, but it’s not of a magnitude you would expect of a large urban downtown area. We have many mom-and-pop operations, and also a lot of name-brand entities here, such as Target, Lowes, and Starbucks, so citizens don’t have to leave the community for them.”

What is challenging for Ballwin in the evolving retail environment of brick and mortar vs. ecommerce is to retain its uniqueness, so people will continue to shop local rather than online. The focus is to create additional awareness about opportunities for redevelopment. Retail stores such as Hobby Lobby and Old Navy have chosen to relocate from a larger space, elsewhere, to a smaller space in Ballwin. And while Target is a major superstore, for the most part, the city’s commercial sector occupies smaller footprints.

According to Kuntz, “This was the old stagecoach route, right on historic Route 66, and we did have a bit of a heritage district at one time. It’s kind of interesting; we had the first African-American missionary church west of the Mississippi River and in 2000, we had a proposal to redevelop about 50 acres in that area and turn some of the older, sub-standard housing into a shopping plaza. That location is now anchored by Lowes. At the time, I worked very closely with the minister and the congregation to relocate their antiquated church to a modern facility, two blocks away, where it is now thriving. We also have a few newcomers filling vacancies in the plaza, including Defy St. Louis and The Edge Fitness Center – and they’re built around a series of restaurant chains like McAllister’s, Applebee’s, Texas Roadhouse, and Starbucks. So, we’re seeing a re-composition of what the downtown would be. Unfortunately we don’t have that really cute historic courthouse kind of district where people say, ‘I’ll meet you for coffee at the square.’ So, we are making the best of what we have. Every city has its strengths and weaknesses and if you try to replicate something that you’re not, you’re doomed to fail.” 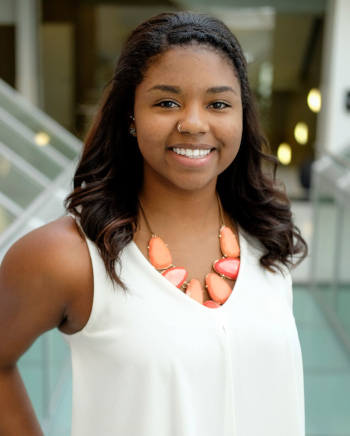 Ballwin is a lovely, scenic community that is committed to walkability. In that regard, they just completed a Parks Master Plan, which placed trails and connections very high on the list. The density component encompassing mixed-use, commercial/residential has not completely caught on, but Kuntz is assured it’s a missing piece whose time is coming. In the meantime, there is a rise in the number of condos and detached living options, as well as a wide variety of apartments. On the opposite side of the spectrum, a lot of local residents want to age in place and the opportunity to get into a retirement village at some point, with an extended care option to it, is becoming a high demand. Ballwin is currently seeing more of that push than for urban-style living for young professionals.

However, the city is also seeing a tremendous amount of tear downs and rebuilds. There is still a strong demand for “McMansions”, which are accommodated by rezoning of some older lots and putting two or three houses with zero lot lines, while retaining the amenities of the community on smaller footprints to avoid the high-maintenance, half-acre lots. According to Kuntz, “The initial housing boom here was that post-war push to provide affordable housing, with transportation to get people further away from the core. Today, with the mobility of the professionals and all the technology, they still want the idea of a suburban environment, but they don’t want all of the exterior maintenance. So, that is taking a big hold out here in Ballwin.”

Kennedy Robinson, City of Ballwin Marketing & Communications Specialist, adds, “Although we are placing a big emphasis on economic development and growth, that goes hand in hand with our marketing efforts to rebrand the city of Ballwin. We are one of almost 90 municipalities in St. Louis County, very close to downtown St. Louis. So, our whole goal with the branding is to tell our story and differentiate ourselves from our neighboring communities. We’re trying to create community pride and engagement and highlight the quality of living and our safety and our great school districts. Because that’s what brings prospective residents and strengthens our investment and growth and business opportunities. That’s something we focused heavily on in 2019 and it will be our big push for 2020, as well.”

Ballwin, Missouri celebrates its uniqueness in a captivating video that showcases exactly what makes the city so special. Enjoy this great community vignette at www.facebook.com/pg/cityofballwin/videos.

What: Suburban city with a rich heritage; population 32,000

Where: Midway between St. Louis and Jefferson City, Missouri