They’re in an anniversary state of mind these days at Alterman.

The San Antonio-based electrical contractor celebrated its 90th birthday in 2013 and spent a good deal of time tracing historical steps back to when founder Nathan Alterman purchased an existing operation and got into business in 1923. Downtown remodeling work was a mainstay of the company back then, and Alterman installed conduit and wiring along the banks and under bridges as part of the initial San Antonio River beautification project.

The company worked at several South Texas military bases during World War II, handled myriad tasks to prepare for the arrival of the World’s Fair in 1968 and played a part in the growth of hospitals, manufacturing plants, hotels, shopping malls and high-rise office buildings in the ’70s and ’80s.

This year marks the 30th to pass since the start of another fundamental part of Alterman’s modern operation – when the company became an employee-owned entity in 1984.

“The ESOP is a big deal,” said President/CEO John Wright, who’s celebrating his own 35th anniversary with the company this year. “All of our office people are employee-owners. This was a family-owned business prior to 1984 and very family-oriented and all the people felt like they were family with the owners. That tradition has really continued. That’s one of the things that is really important to us – carrying on the legacy of the Altermans. 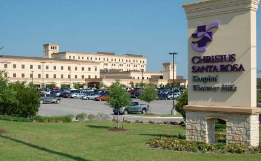 “It’s a pretty closely-knit group. We’ve been around a long time and we’ve got a lot of long-term employees. We’ve had people retire from here with 40, 44, 45 years with the company. I think it’s who we are. It helps to make us who we are. As the company does well they do well, because they all own a piece of the company.”

Wright said the company workforce stands at slightly more than 500 employees, though it spiked to more than 700 during recently completed work on a 1 million square-foot county hospital project. Its lone office building is in San Antonio alongside a 12,000 square-foot building that houses pre-fabrication materials/tools logistics functions, and work has commenced to add another 8,000 square feet of office space and 12,000 square feet of production space on the existing four-acre campus.

Alterman generates an annual revenue of $100 million or more, and Wright said 98 percent of its business comes from within Bexar County and surrounding counties in the greater San Antonio area.

A special projects group handles small to mid-size projects up to $3 million or $4 million in value, a service group generates between 12 and 15 percent of overall revenue, a technologies group does voice/data security and audio/visual work and an industrial group is specialized for waste water and water treatment projects.

Recent work has taken place at the Toyota manufacturing plant in San Antonio, in addition to other small manufacturing operations in the area.

“What we’ve concentrated on in San Antonio is diversifying our operations here,” Wright said.

“We’re growing the different groups and it’s worked well for us. Strategically, we’re looking at some potential acquisitions to start growing geographically. It’s something we’ve been talking about in our strategic planning over the last five years, and it’s probably something we’re going to do here in the next 12 months.

“We’ll stay fairly close to home. There are 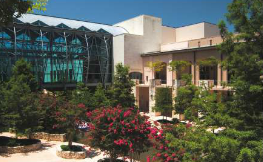 some towns within 100 miles of here that are outside of our jurisdiction, but we have a lot of really good relationships. The business is really about relationships and building trust, people just knowing who you are and having confidence that you’ll be able to get their job done, and done in budget, on time and being someone they can depend on.”

Maintaining a competitive advantage is also a perpetual task, Wright said, though the company is cautious not to rely merely on its long track record of existence when seeking work.
Instead, he said, Alterman also positions itself both as a locally-based service provider when seeking county or city projects, and as a technologically advanced contractor thanks to particular acumen in pre-fabrication work and an in-house endorsement of lean, efficient construction principles.

“We’ve got BIM (building information modeling) and CAD (computer-aided design) 3-D capabilities and we’ve invested in two Trimble units (for mapping/geographic information modeling),” he said. “The technology side has really helped us more so than longevity, but that does play a factor in it. Having a good core group of people that have a history of quality installations and being able to get the done has really helped secure work.”

Among the corporate priorities going forward is a succession plan to maintain the supply of in-house talent while long-term contributors move into roles of greater responsibility. There’s also a push to upgrade the industrial side of the business to pursue recurring opportunities with municipal infrastructure improvement projects and undertakings in the still-burgeoning oil and gas industry.

There’s plenty of work to do, Wright said, especially if the company’s territorial lines are redrawn.

“Things are happening all around us,” he said. “We’re going to continue to chase those types of things, and hopefully we won’t only be pursuing them here, but in other parts of Texas as well over the years. That’s going to be the thing that continues to help us grow.

“There’s only so much that we can do in one marketplace. It’s pretty unusual for a contractor to do $100 million in revenue and be in one market. If we want to continue to do that in the future or continue to grow, the geographic growth is one of the most important things that we’ll continue to look at and look for opportunities.”

WHO: Alterman
WHAT: Electrical contractor for commercial and industrial clients
WHERE: San Antonio, Texas
WEBSITE: www.GoAlterman.com 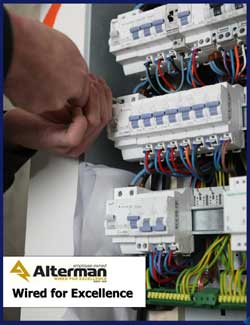